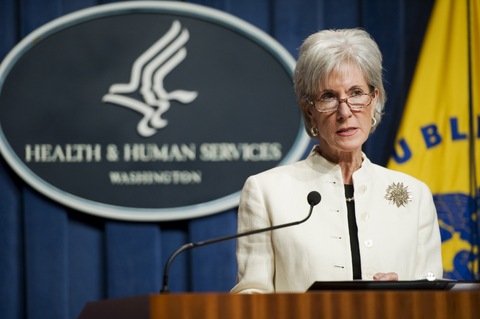 The Obama administration reversed course on a major provision of its landmark health care reform law Friday when Health and Human Services Secretary Kathleen Sebelius announced that the CLASS Act will need to be scrapped.

CLASS — the Community Living Assistance Services and Supports program — was meant to offer a long-term insurance option that would allow the elderly and disabled to remain in their homes while still maintaining a middle-class lifestyle.

But in a letter to congressional leaders Friday, Sebelius said that it’s just not possible to make the insurance plan self-sustaining for the long haul, as required under the law.

“For 19 months, experts inside and outside of government have examined how HHS might implement a financially sustainable, voluntary and self-financed long-term care insurance program under the law that meets the needs of those seeking protection for the near term and those planning for the future,” Sebelius wrote. “But despite our best analytical efforts, I do not see a viable path forward for CLASS implementation at this time.”

Health care watchers have expected the announcement for months, but the defeat marks a major setback for long-term care advocates and those who are concerned about the coming surge of retiring baby boomers who will require the kind of insurance coverage that would have been provided under CLASS.

NewsHour analyst and former correspondent Susan Dentzer, now editor-in-chief of Health Affairs, answers our top questions on the short-lived act and what its demise could mean for the disabled.

What was the basic idea behind the CLASS Act?

DENTZER: The CLASS Act was aimed at helping people who are disabled to stay at home and not move into a nursing home facility. The estimates are that seven out of 10 people turning 65 today are going to experience a degree of functional disability at some point in the future, whether it’s trouble eating, going to the bathroom or any of the other normal things people do. If you have serious enough deterioration, you can’t live on your own, so a lot of these people have ended up in nursing homes or long-term care. But if given the option, most would prefer to stay in their homes even though they need support to do it. Other than very expensive private insurance, there’s nothing today that enables you to do that. This was a way of creating a social insurance program to make that idea possible.

When did this idea come on the scene politically and what went wrong?

DENTZER: Sen. Edward Kennedy and his top aide on the subject, Constance Garner, developed this proposal for the CLASS Act and the whole idea was like a lot of social insurance programs: Have people pay into a fund during their healthy working years in order to become qualified for an insurance payout if they become disabled. The problem is that the law required that the [Health and Human Services] secretary be able to certify that a CLASS Act program would be solvent over a 75-year period. There are a number of issues that made that impossible. One is that this would have been a voluntary program. People could opt out. Working-age people would be assumed to be enrolled unless they checked a box saying that they didn’t want to participate. Many people would choose to check that box. Another problem is it was uncertain how much in the way of premiums the program would be able to collect every year. In order to have the payout be pretty high – which is necessary for most long-term home care — those premiums would need to be high. And if you had high premiums, a lot of workers would probably opt out. There was also another major problem: the people most likely to need this kind of coverage in the future are the ones who would be most likely to sign up. People who think they’ll be healthy wouldn’t. The bottom line is they couldn’t make all of those pieces add up.

Has it been clear for a while that this idea would eventually be scrapped?

DENTZER: Well there were concerns raised about the financing of the CLASS Act while the legislation was still being debated. But many people still supported it, partly out of respect and love for Sen. Kennedy and partly out of the view that we’re going to need something like this in our society. For whatever reason, people have not gravitated to the private market for this kind of long-term care. The hope was that some sort of financial solution would be devised to make the whole thing work. The fiscal commission led by Simpson and Bowles in 2010 said the program should be scrapped, that you can’t make it fiscally solvent and that it would create a huge strain on federal resources. Sec. Sebelius gave several speeches on the CLASS Act where she made clear that there were huge challenges to getting it up and running but she also said the department was going to keep working on it. As time went by, it became very evident that the mechanics of putting this together were basically impossible. Politically, this would be an extremely ill-advised time to launch a program that looks like it’s going to steamroll to financial insolvency.

Which groups are going to be most upset at the demise of this act?

DENTZER: I think there are a lot of disappointed people. It’s very clear that if you can help people stay in their homes, they’re happier and it’s cheaper. The numbers are clear. We’re going to have a tidal wave of baby boomers retiring, some will become seriously disabled in the coming years, and they will have little option but to move into nursing homes or other long-term venues that are very costly. They may well spend down their assets and that will cost a bundle for the federal government through Medicaid. So we’ll spend more money and we’ll have lots of unhappy, disabled people. Clearly as a nation, we have to figure out a different approach. I think even people who recognize that the CLASS Act had to go by the boards feel that this is not a happy day.

Could this be the end of the idea?

DENTZER: I don’t think it’s the end, but I also wouldn’t say people should hold their breath that we’re going to get something like this up and running anytime soon. That’s partially because of the design issues, which are formidable, but it’s also tied to the concerns about creating a huge strain on federal resources going forward. We might see some creativity in terms of building a market for private long-term care insurance. But one is hard-pressed to see what that might be — given that the incentive for creativity in this area has been there for quite some time and nothing has come of it.

Would it have been an option to tweak the CLASS Act a bit rather than scrapping the whole thing?