Dr. Mahendra Patel, a pediatric cancer doctor, has begun giving away medications to some of his patients, determined not to disrupt their treatments for serious illnesses like leukemia, should Congress fail to come up with renewed funding for a key children’s health program now hostage to partisan politics.

In his 35 years of practice, Patel, of San Antonio, has seen the lengths to which parents will go to care for their critically ill children. He has seen couples divorce just to qualify for Medicaid coverage, something he fears will happen if the Children’s Health Insurance Program (CHIP) is axed. He said: “They are looking at you and begging for their child’s life.”

The months-long failure on Capitol Hill to pass a long-term extension to CHIP that provides health coverage to 9 million lower-income children portends serious health consequences, with disruption in ongoing treatments.

While funding promises and estimates of dates for it disappearing vary from week to week and state to state, treatment plans for serious diseases span months into the future, leaving some doctors, like Patel, to jury-rig solutions. The challenges are particularly great for kids with chronic or ongoing illnesses such as asthma or cancer.

Dr. Joanne Hilden, a pediatric cancer physician in Aurora, Colo., and past president of the American Society of Pediatric Hematology-Oncology, said cancer patients who are worried their CHIP funding will run out can’t schedule care ahead of time.

A San Antonio pediatrician, Dr. Carmen Garza, is advising parents to be sure to keep their children’s asthma medications and other prescriptions current and fill any refills that they can so they don’t get left without vital medicines if CHIP expires.

Federal funding for CHIP originally ran out Oct. 1. In December, Congress provided $2.85 billion to temporarily fund the program. That was supposed to help states get through at least March, but it is coming up well short. The Centers for Medicare & Medicaid Services (CMS) last week said it couldn’t guarantee funding to all states past Jan. 19.

About 1.7 million children in 20 states and the District of Columbia could be at risk of losing their CHIP coverage in February because of the shortfall, according to a report Wednesday by the Georgetown University Center for Children and Families.

A few states, including Louisiana and Colorado, plan to use state funds to make up for the lack of federal funding. But that is a drastic step, since the federal government pays on average nearly 90 percent of CHIP costs. Most states cannot afford to make up the difference and will have to freeze enrollment or terminate coverage when their federal funding runs out.

Virginia and Connecticut can promise to keep their CHIP program running only through February, officials said.

Before the short-term funding was passed in late December, CHIP programs survived on the states’ unspent funds and a $3 billion redistribution pool of CHIP dollars controlled by CMS.

Republicans and Democrats on Capitol Hill say they want to continue CHIP, but they have been unable to agree on how to continue funding it. The House plan includes a controversial funding provision — opposed by Democrats — that takes millions of dollars from the Affordable Care Act’s Prevention and Public Health Fund and increases Medicare premiums for some higher-earning beneficiaries.

The Senate Finance Committee reached an agreement to extend the program for five years but did not unite around a plan on funding.

But two key Republican lawmakers — Sen. John Cornyn of Texas, who is part of the Senate leadership, and Rep. Greg Walden of Oregon, who chairs the House Energy and Commerce Committee — told reporters Wednesday that they think an agreement is close.

Alabama and Utah are among several states unsure how long their federal CHIP funding will last, according to interviews with state officials. Part of the problem is they have not been told by CMS how it will be disbursing money from the redistribution pool. Under the pool restrictions, states with excess dollars would have to give money to states running low.

Although health care provider groups and child health advocates have for months been sounding the alarm about CHIP, the Trump administration has kept quiet, saying it’s up to Congress to renew the program.

When Marina Natali’s younger son broke his arm ice-skating last year, she did not have to worry about paying: CHIP footed all of his medical bills.

Had that accident happened this year, though, Natali, 50, of Aliquippa, Pa., might be scrambling. She cannot afford private coverage for her two children on her dental hygienist pay.

“It’s creating a lot of anxiety about not having insurance and the kids getting sick,” she said. 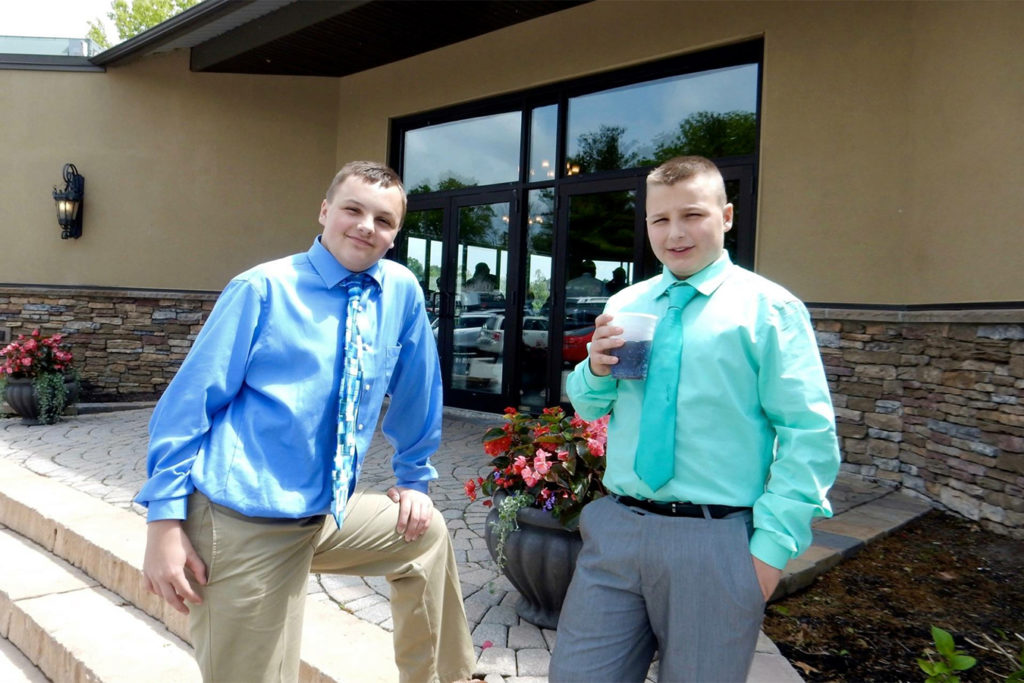 Dr. Todd Wolynn, a Pittsburgh pediatrician, said families are reacting with “fear and disbelief” to CHIP’s uncertain future. The group practice hasn’t changed any scheduling for CHIP patients, but he said “families are terrified” about the program having to be terminated.

Pennsylvania officials sent a notice to CHIP providers in late December — who then sent it to enrollees — saying it would have to end the program in March unless Congress acts.

“These families don’t know if the rug is being pulled out from them at any time,” he said.

Dr. Dipesh Navsaria, a Madison, Wis., pediatrician and vice president of the state’s chapter of the American Academy of Pediatrics, said many parents and doctors have been told for months that Congress would firm up long-term funding for CHIP, but those promises have been dashed.

“If CHIP coverage disappears, we run the risk of kids going without care or emergency room visits going up,” he said.

Navsaria also worries that many parents will be surprised if their children are suddenly without coverage. They may not know the state-branded programsthey use, such as BadgerCare Plus in Wisconsin, Healthy Kids in Florida and All Kids in Alabama, are part of the CHIP program.

Ariel Haughton of Pittsburgh said she’s upset her federal lawmakers have left CHIP in flux for her two children and millions of kids around the country. “They seem so cavalier about it,” she said.

If CHIP gets canceled by the state, she likely won’t bring Javier, 2, for his two-year checkup if nothing seems wrong. “We will have to decide between their health and spending the money on something else,” she said.

Left: Ariel Haughton’s children — Rose, 4, (left) and Javier, 2 — are covered by CHIP. Adding them to her husband’s health plan would be “a huge economic burden for us,” Haughton says. Photo courtesy of Ariel Haughton