13 undeniably good things that happened in 2016

It was a year defined by political turmoil, heartbreaking losses, monumental disappointments and near-global discord. Our phones exploded, the Zika virus spread and Ryan Lochte may or may not have vandalized a bathroom in Rio.

Will 2017 offer something better? It’s worth looking back through the debris of the last year to remember that it wasn’t all bad.

As you prepare for another trip around the Sun, enjoy our list of undeniably good things that happened over the course of this objectively wretched year. 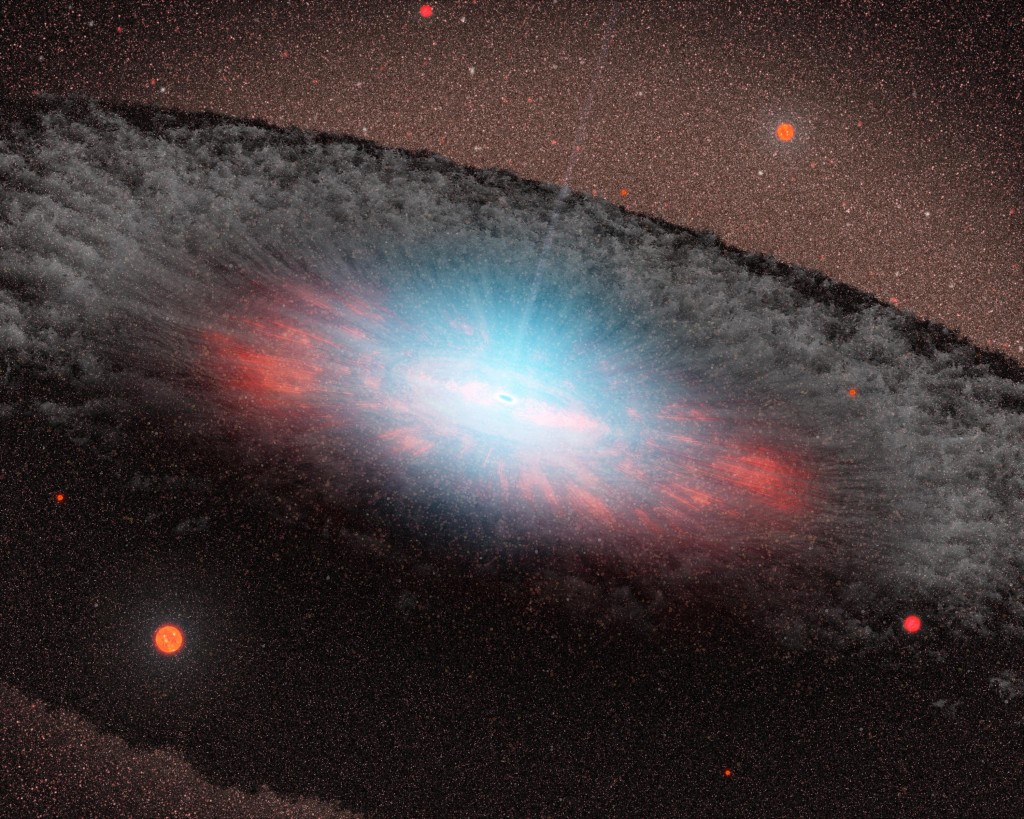 At times, 2016 may have felt like a black hole was likely to swallow all of humanity, but out of the darkness came a great discovery. Artist’s rendering of a supermassive black hole via NASA/JPL-Caltech.

Physicists at the Laser Interferometer Gravitational-Wave Observatory (LIGO) did a favor for Albert Einstein by confirming the existence of gravitational waves. Einstein predicted these distortions in the fabric of spacetime in 1916 with his general theory of relativity. But direct evidence had eluded scientists until the $1 billion LIGO experiment caught hints of gravity waves made by the collision of two massive black holes 1.3 billion years ago. 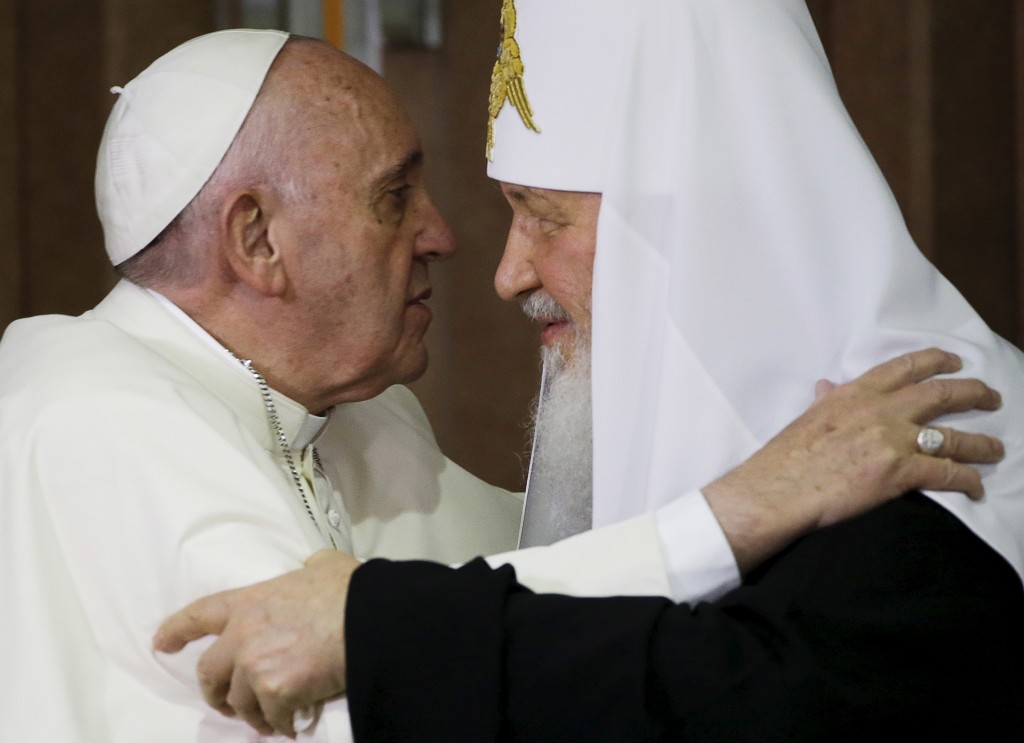 After 1,000 years, they had a lot to catch up on. Pope Francis embraces Russian Orthodox Patriarch Kirill in Havana, Cuba, in February. Photo by Gregorio Borgia/Reuters.

Catholic and Orthodox leaders meet for first time in 1,000 years

“Finally! We are brothers,” the pope said as he embraced Kirill after their two-hour meeting in Cuba’s Havana airport in February. 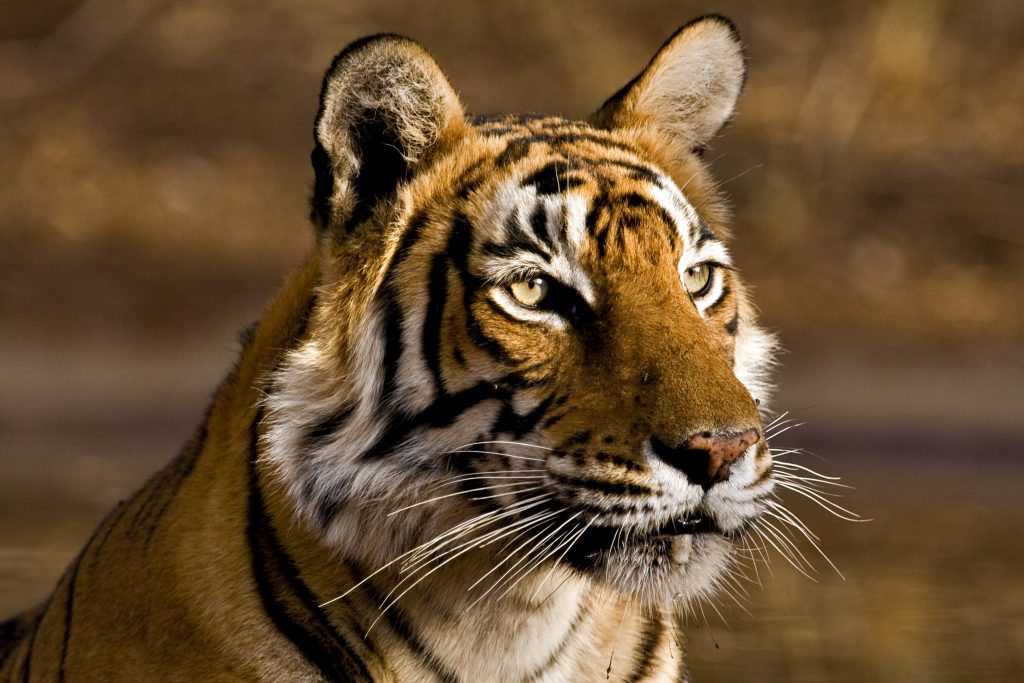 Global tiger numbers are up for the first time in a century, and conservation experts credit this improvement with better coordinated efforts among nations that serve as natural habitats for tigers. An estimated 3,890 tigers are alive today, up from 2010 when the count was about 3,200 worldwide. 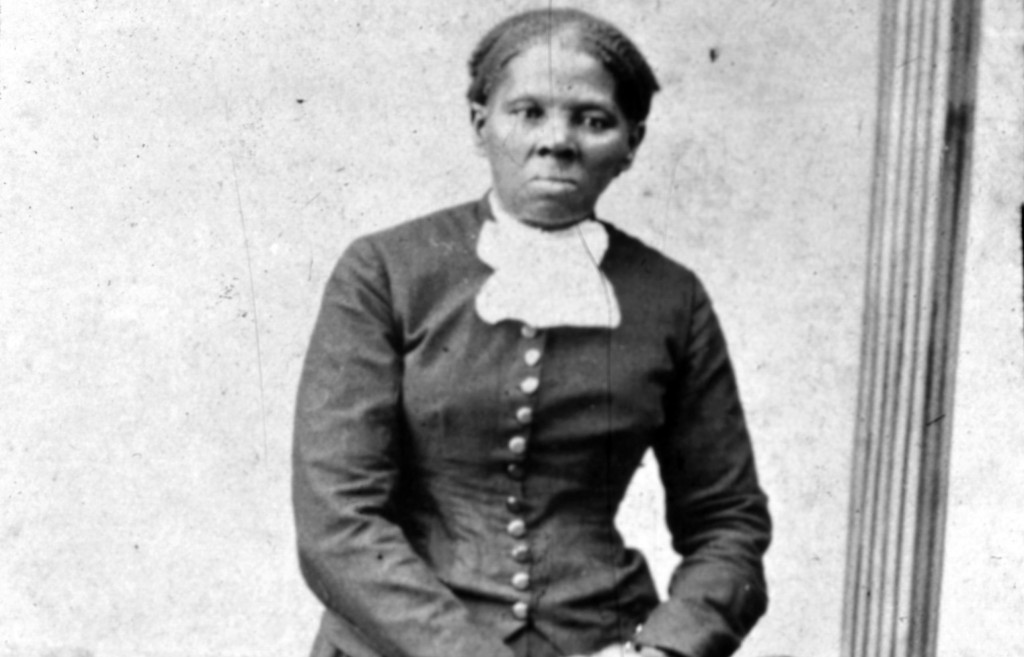 Harriet Tubman will appear on $20 bills

Harriet Tubman, a former slave and African-American abolitionist who helped hundreds of enslaved people escape to freedom on the Underground Railroad, will replace President Andrew Jackson on the front of $20 bills, the U.S. Treasury Department announced in April. A century ago, first lady Martha Washington’s portrait was the last image of an American woman to appear on U.S. currency. 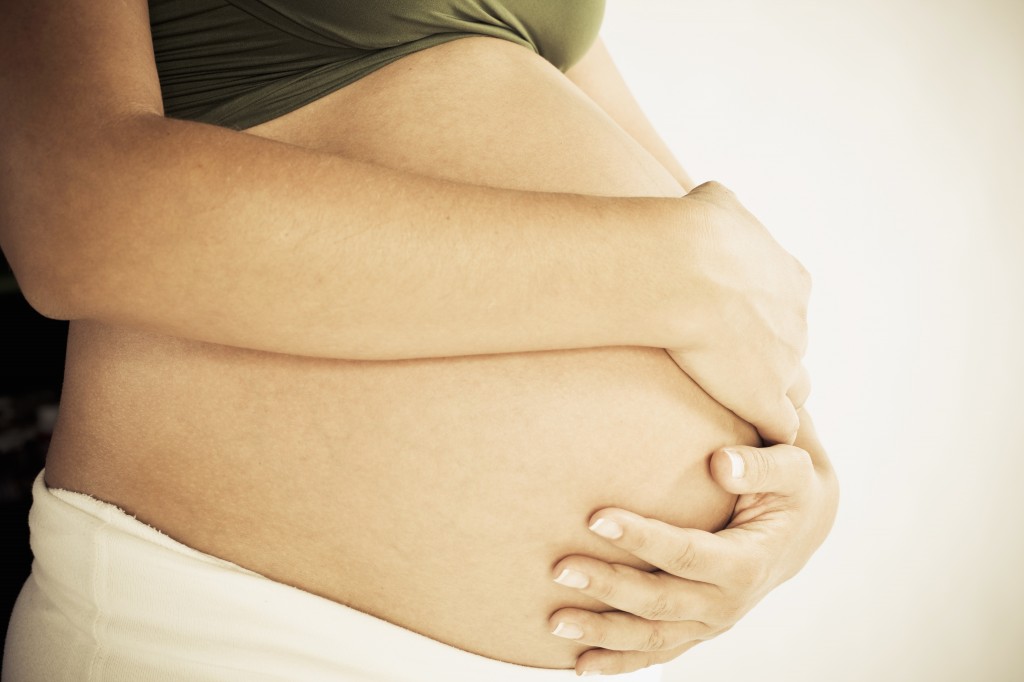 The teenage birth rate hit an all-time low in the U.S., according to the Centers for Disease Control and Prevention. And over the last decade, the most significant drops were in non-white communities. Experts attribute these improvements to a decline in teen sexual activity and an increase in contraception use. 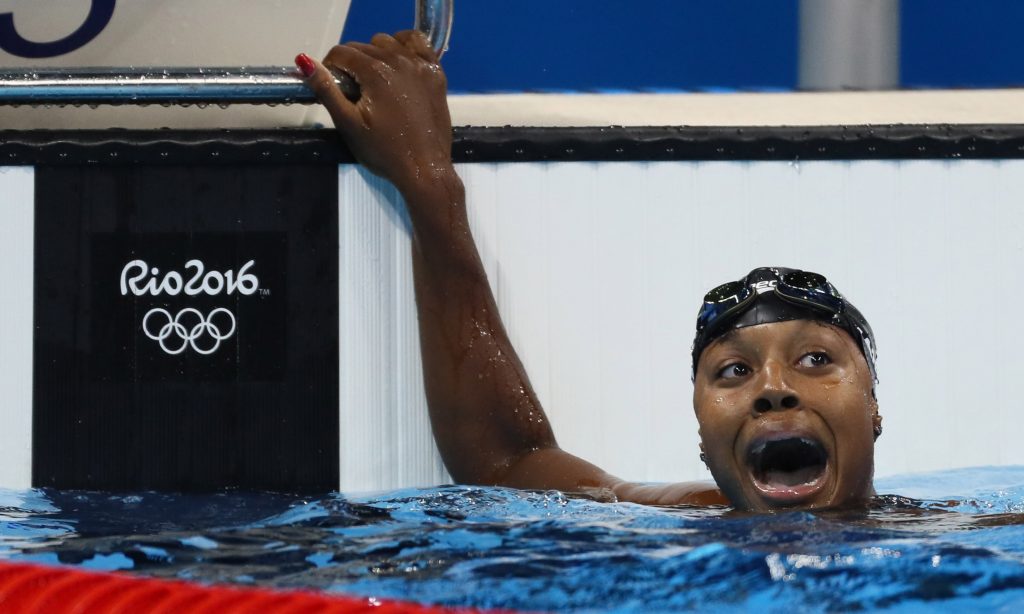 With a moment like this, the year cannot be all bad. Simone Manuel reacted after winning the 100m Freestyle final in Rio. Photo by Stefan Wermuth/Reuters

Team USA brought home the gold from the Rio Olympics

We feared the games would be a catastrophe in Rio, but Brazil hosted one of the most memorable and exciting Olympics in recent history. And to top if all off, team USA sported several golden Olympic moments this year. Simone Biles led The Final Five to gold in gymnastics. Katie Ledecky broke multiple world records in the pool, including her own, while Michael Phelps broke a 2,000-year-old Olympic record. And don’t forget Simone Manuel’s reaction after her historic win as the first black woman to take gold in an individual swimming event. 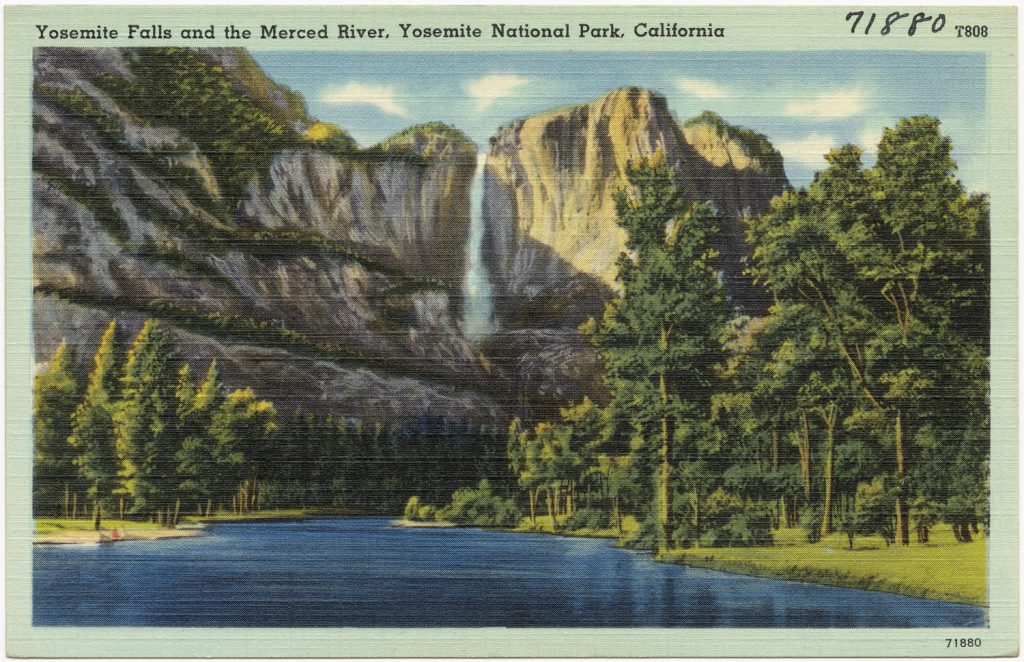 After a year like 2016, it’s nice to know we still have national parks to escape to. 1940’s era postcard via the Boston Public Library

The National Park Service turned 100 years old on August 25, 2016. Yellowstone National Park in Wyoming was first and since then 58 have followed expanding upon America’s “best idea.” But the system itself oversees far more than that. All told there are more than 400 parks, battlefields, historic sites, monuments, preserves, parkways and reserves encompassing 84 million acres. More than 275 million people visit them each year. 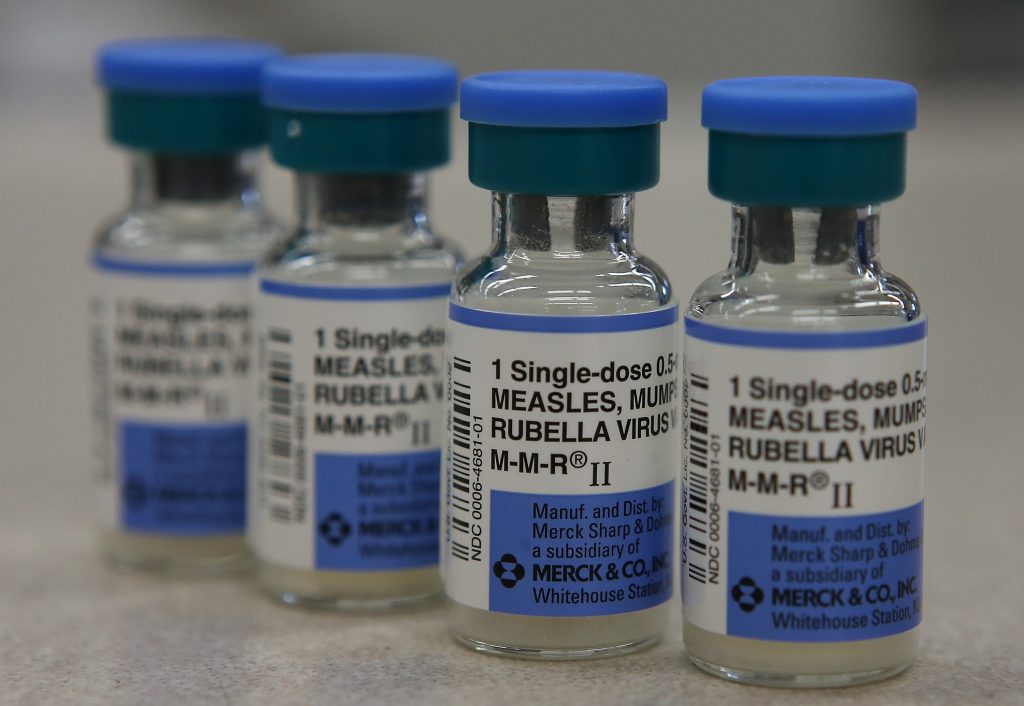 Despite outbreaks in 2015 in California, the Americas were declared measles-free in 2016. Photo by Getty Images

Measles were eliminated from the Americas in 2016. The World Health Organization made the proclamation in September after a two decade-long vaccination effort. It’s the first region in the world to completely eliminate the viral disease that can cause severe health problems, including pneumonia, blindness, brain swelling and in some cases, death. 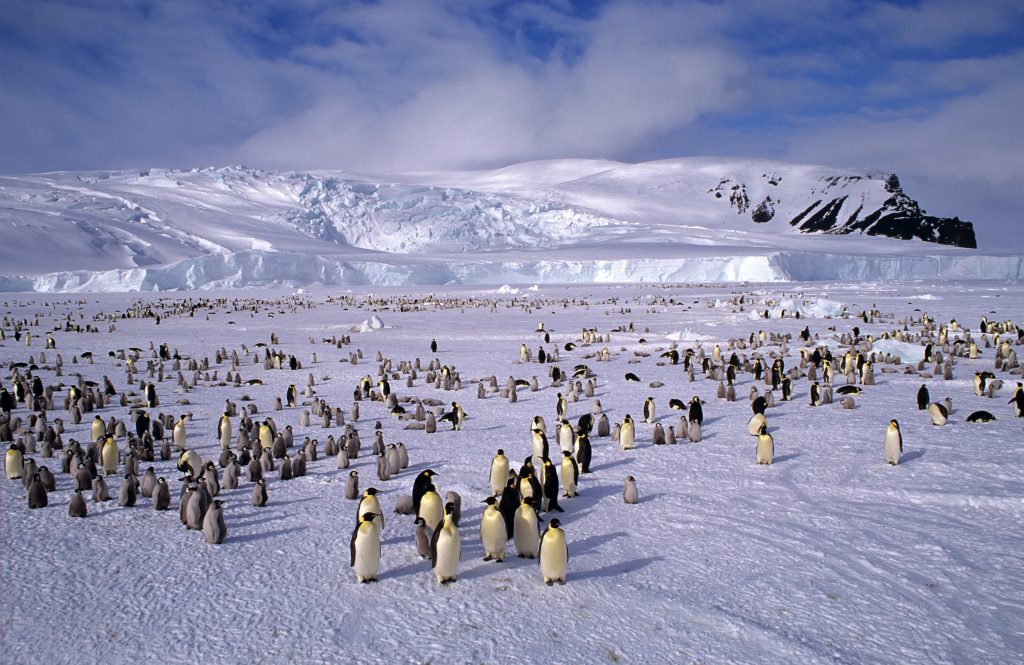 Emperor penguins gathered in the Ross Sea in Antarctica. Photo by Auscape/Getty Images

The world’s largest marine zone, a 600,000-square-mile swath of ocean, was established in Antarctica’s Ross Sea this fall. This comes after an agreement was reached by 24 nations and the European Union in late October. Most commercial fishing will be banned in the newly protected zone, with the exclusion of designated research zones, where scientists can catch limited samples of fish and krill.

“It’s the first time that countries around the world are coming together to agree not to take fish or other species out of the water, but to leave them in, and to leave them in for a good long period of time,” Karen Sack, managing director of the conservation organization Ocean Unite, told the NewsHour’s William Brangham in an Oct. 28 interview. 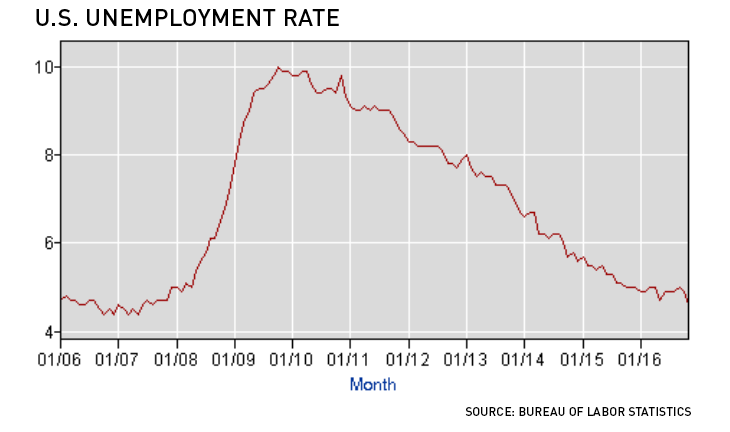 The nation’s jobless rate sank to 4.6 percent, a level not seen since August 2007 and before the onset of the Great Recession when unemployment picked at 10 percent in October 2010, according to monthly figures from the Bureau of Labor Statistics. 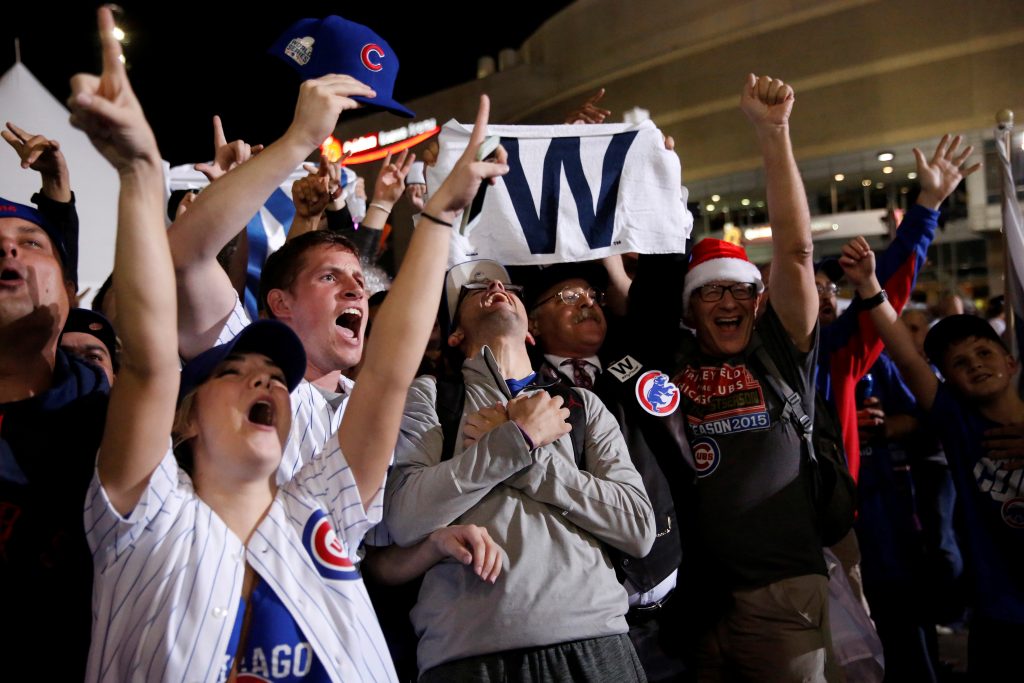 Chicago Cubs fans ask: “What do you mean 2016 was a bad year?” Photo by Jerry Lai/USA Today via Reuters

The Chicago Cubs won. No longer lovable losers. No more cursed goat. No more “wait till next year.” We all watched long-suffering fan Bill Murray cry. And yet, even when the famous “W” flags waved in and around Wrigley Field after the historic win, it wasn’t a complete shedding of heartbreak. In fact, ESPN’s Wright Thompson observed a “palpable sadness” amid all the joy. “Nobody could really be sure how’d they’d feel when it all ended, whether they’d be full of joy, or grief, or both,” he wrote. It’s hard being a Cubs fan. 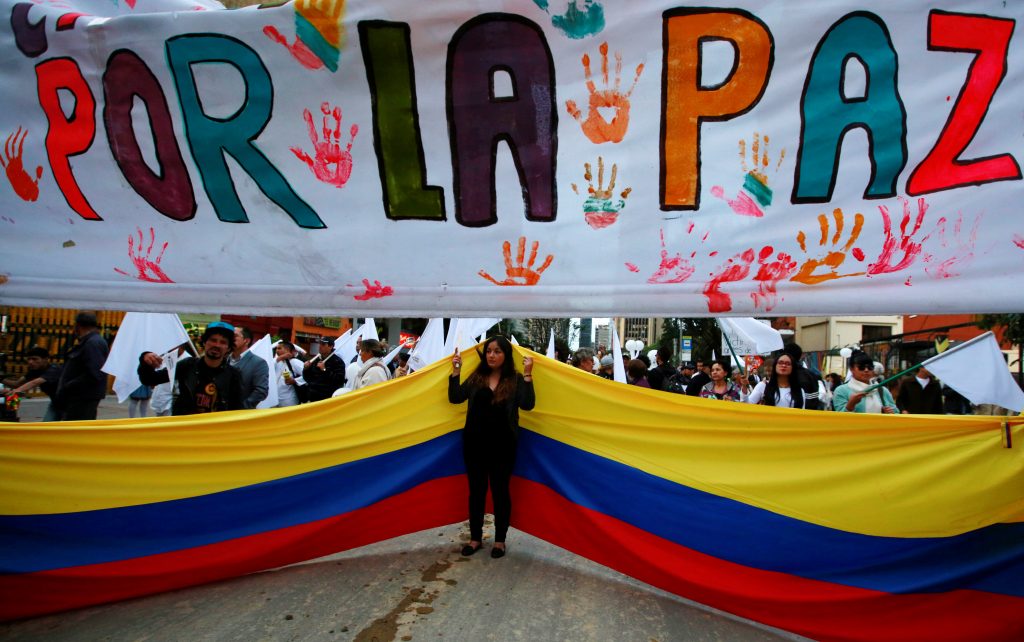 Peace on Earth—that’s worth celebrating. Supporters rallied before the agreement, in Colombia. Photo by John Vizcaino/Reuters.

Colombia, FARC hammer out peace deal after 50 years of war

When the Colombian government and FARC rebels agreed to end more than 50 years of civil war last summer, people celebrated in the streets. But the public ended up narrowly rejecting the initial deal in an Oct. 2 referendum. So negotiators went back to the drawing board, made some changes to pacify those who thought the rebels weren’t being punished enough for past atrocities. Colombian President Juan Manuel Santos told PBS NewsHour co-anchor Judy Woodruff that the peace agreement “will open up opportunities that Colombia had never imagined.” 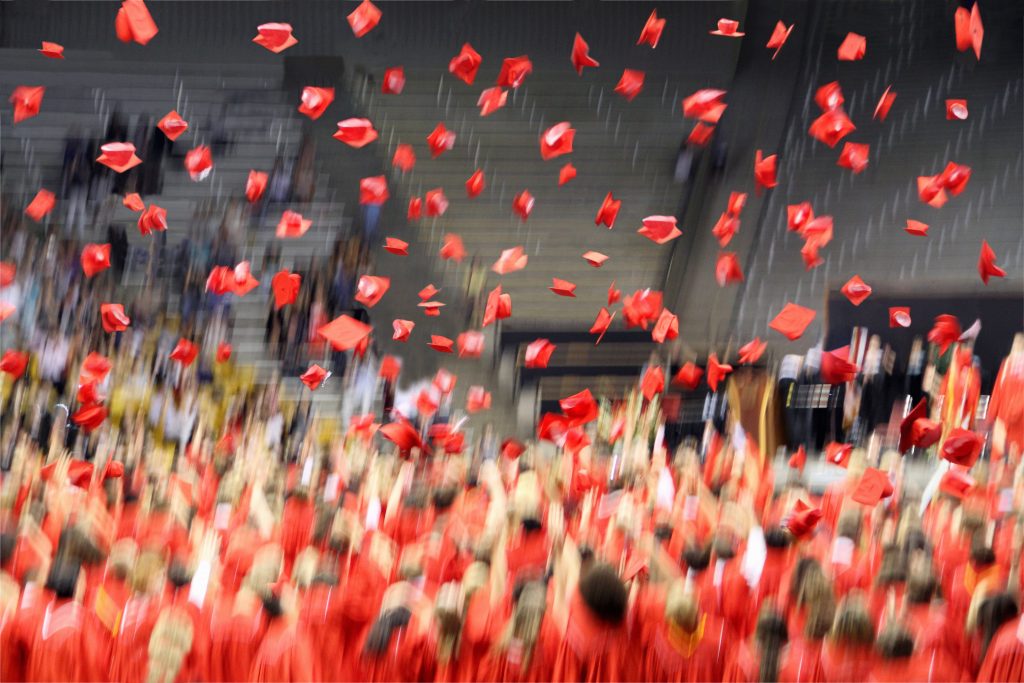 Graduation rates have been creeping up for years, with 2016 getting the best marks yet. Photo by Getty Images

The nation’s high school graduation rate rose to an all-time high this year with 83 percent of students earning their diplomas, according to the Department of Education. That marked a significant improvement since 1999 when high schools reported a 71 percent graduation rate.

Did we miss any great stories from 2016? Share your suggestions in the comments. Here’s to a happy, healthy 2017 to all.