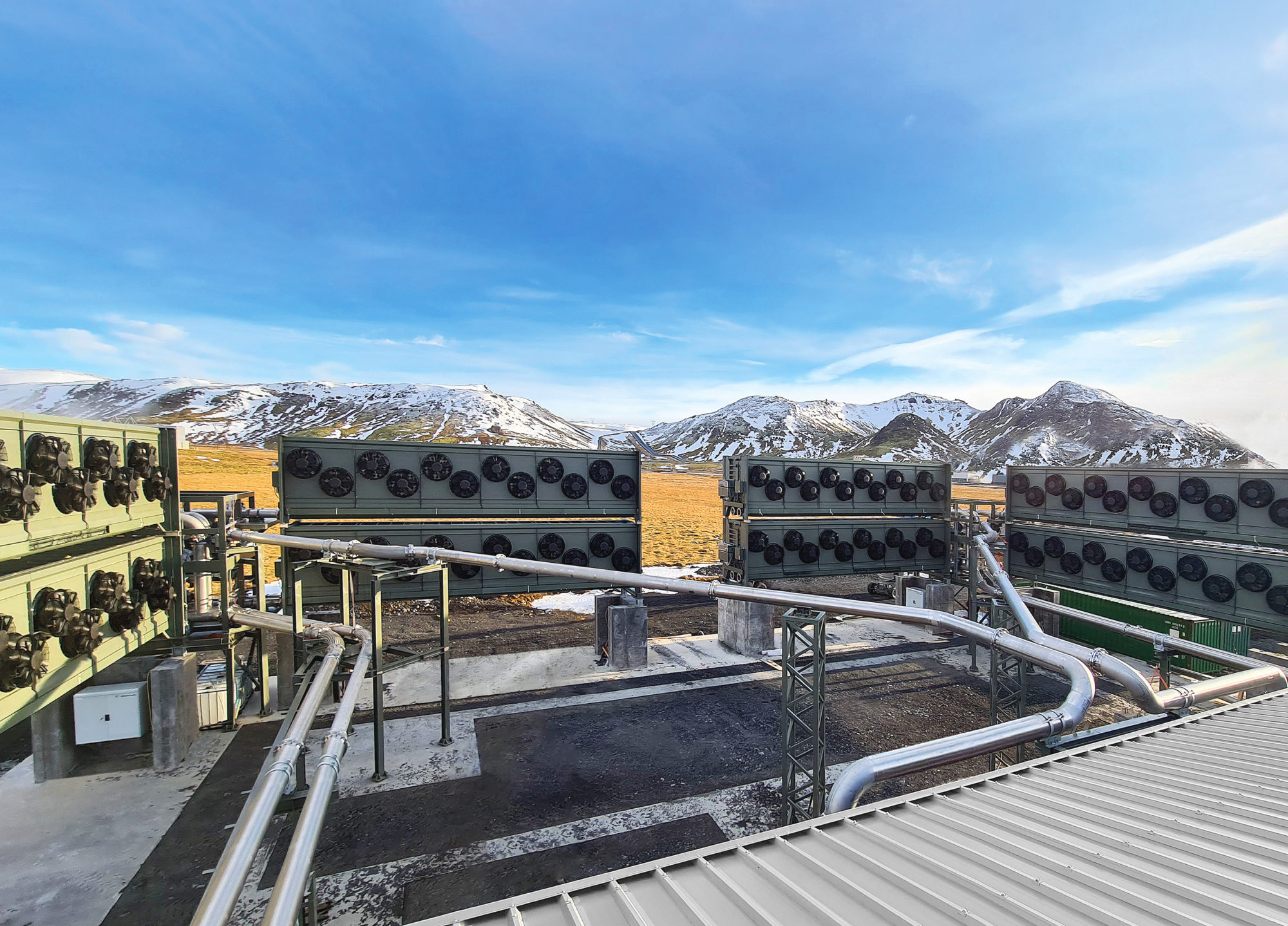 The world’s largest carbon capture plant is officially up and running in Iceland.

And that’s important, because in order to have any chance of limiting the worst outcomes of climate change, humans need to take a lot of carbon dioxide, or CO2, out of the air.

Swiss startup Climeworks’ Orca plant — located about 25 miles southeast of Reykjavik — came online this month. It uses renewable, geothermic energy to suck in air, filter out the CO2, mix it with water and inject it deep into the ground below. Within two years, the trapped CO2 undergoes a natural mineralization process that turns it to stone.

The company says 90 percent of the CO2 the plant brings in will be permanently captured.

The facility eventually should capture 4,000 metric tons of CO2 every year — the annual emissions equivalent of about 800 gas-fueled cars. According to the International Energy Agency, the other 15 direct air capture plants operating worldwide capture more than 9,000 tonnes of CO2 per year.

Still, that’s just a drop in the bucket when you consider the world generated almost 35 billion tons of C02 last year. 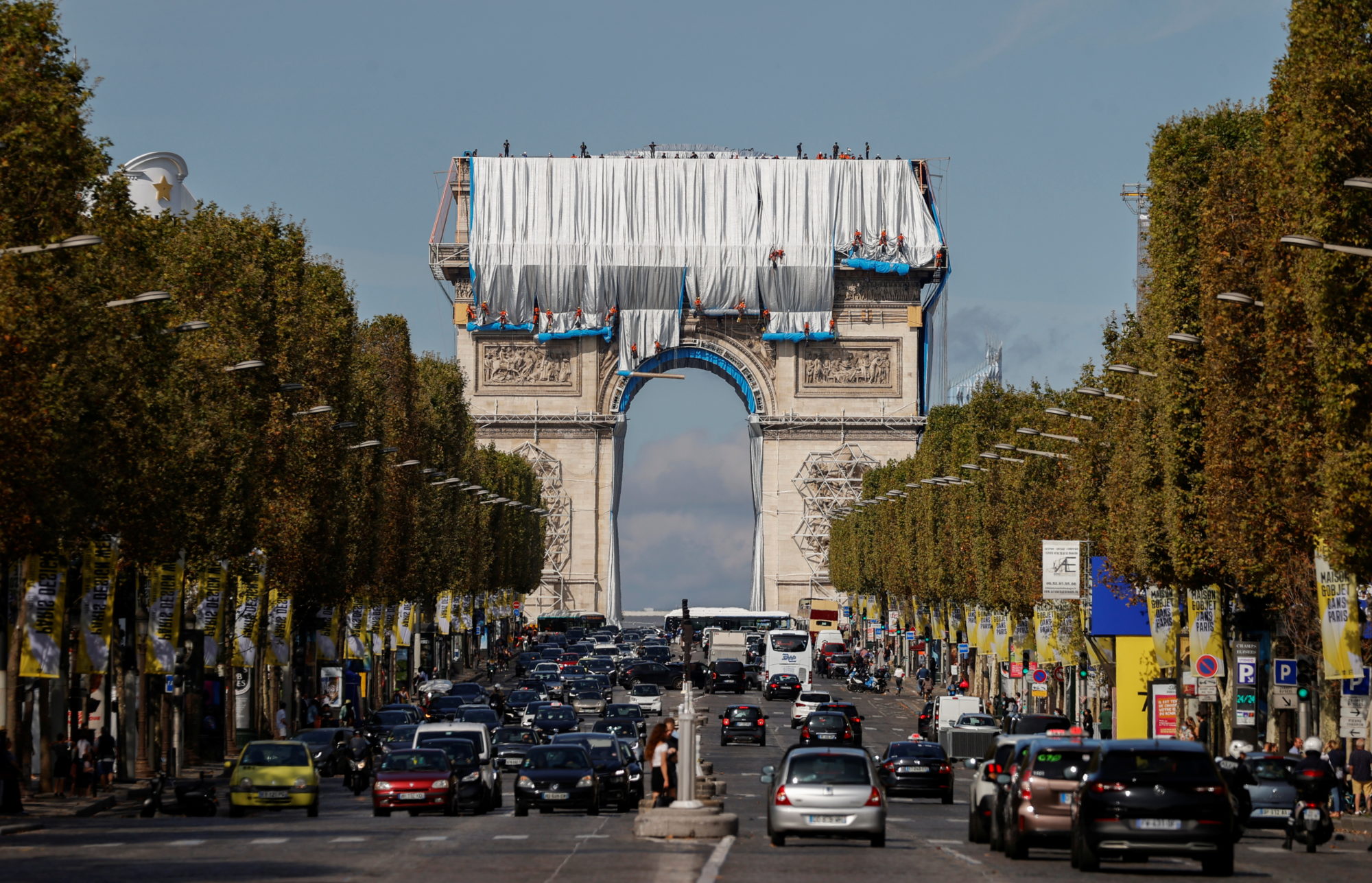 Visitors strolling through Paris got a big surprise last weekend as dozens of workers enveloped the famous Arc de Triomphe in yards and yards of shimmering silver-blue fabric.

The site is a posthumous art installation dreamed up by the Christo Javacheff and Jeanne-Claude Denat de Guillebon — better known by just their first names.

Christo, who died last year, was better known for the larger-than-life, temporary works of art — like wrapping Germany’s parliament in fabric, placing more than 7,000 orange gates in Central Park and installing a massive floating pier on an Italian lake — which sometimes drew backlash from locals and environmental groups.

The couple dreamed up the new piece, dubbed “L’Arc de Triomphe, Wrapped,” while living in Paris in 1962. At the time, they abandoned the project thinking they’d never get permission to cover the monument.

Now, a 95-person team led by Christo’s nephew is following specific instructions the artist left on how to cover the 19th-century arch.

“The biggest challenge for me is that Christo is not here,” Vladimir Yavatchev told Reuters. “I miss his enthusiasm, his criticisms, his energy and all of these things.”

The $16 million installation will be on display through Oct. 3.

In a first for any developed country, South Korean lawmakers voted last month to require CCTV to observe all surgeries.

The move was spurred by a desire to stop so-called ghost surgeries. Demand for plastic surgery in South Korea is outstripping the available doctors, so there’s been a rash of cases where unqualified doctors and even medical supply sales people perform operations. The trend has led to serious accidents and even deaths, prompting closer oversight.

Not everyone supports the cameras, however. Some medical organizations claim the video-monitoring undermines trust and violates patient privacy.

But for activist Lee Na-Geum, the measure is long overdue. She was able to use video to prove the surgery that led to her son’s 2016 death was performed by unqualified practitioners.

“I hope that the truth can be revealed to the bereaved families through CCTV footage and there will be no more wrongful deaths,” Lee told Reuters.

Kids are heading back to school in-person, masks and sanitizer in hand. But now, there’s a new obstacle to add to the list – a shortage of bus drivers.

A nationwide survey found 51 percent of school transportation coordinators described their bus driver shortages as “severe” or “desperate,” and more than three-fourths indicated the situation is getting worse.

As a result, school districts across the country are hoping to attract more drivers with thousands of dollars in signing bonuses, paid-for commercial vehicle training and higher hourly wages.

In Massachusetts, the governor even activated 250 members of the National Guard to help get kids to school amid the shortage.

COVID-19 school closures furloughed many bus drivers, and some took that as a chance to retire. Some drivers balked at their districts’ masking or vaccination mandates — or lack thereof. With most children not yet vaccinated, some simply didn’t feel safe enough going back to work. The median age of bus drivers in 2019 was about 55 years old, and the risk of severe illness from the virus increases with age. 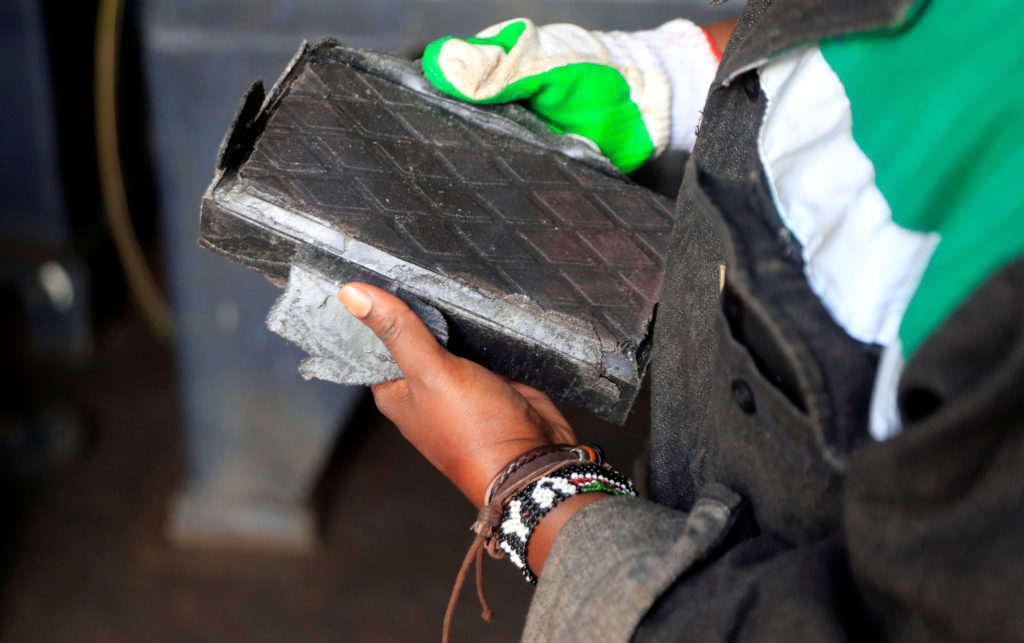 A Nairobi-based company produces 1,500 bricks per day using plastic that can no longer be processed or recycled for other purposes — and they’re stronger than concrete.

“Our product is almost five to seven times stronger than the concrete and this is because of the basic material structure of the brick itself,” founder Nzambi Matee, a 29-year-old Kenyan engineer, told Reuters.

The plastic is mixed with sand, heated and then compressed into brick pavers. In the first year of operations, Matee’s factory recycled 22 tons of plastic waste.

Matee’s efforts are part of a larger push in Kenya to limit plastic waste. The country outlawed plastic shopping bags in 2017 and now prohibits visitors from bringing single-use plastic bottles, cups and other items into national parks and other protected areas.