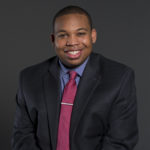 After Indianapolis shooting, a Sikh activist on why we need to accept realities of racism in America

On April 15, a 19-year-old opened fire at a FedEx facility in Indianapolis, killing eight people. The shooting ended when the man killed himself.

Authorities haven’t identified a motive behind the shooting, but when they released the names of the victims, four were recognized as part of the city’s Sikh community. Police also said that about 90 percent of the employees who worked at the FedEx warehouse are also a part of the local Sikh community.

The shooting echoed the familiar pangs of tragedies that Sikhs have experienced in the U.S., including a 2012 shooting, when a gunman opened fire inside the Sikh temple in Oak Creek, Wisconsin, killing six.

The series of attacks targeting the Sikh community are driven “by some sort of racist bias, some idea that these people don’t belong here, and [that] they are inferior to us,” Simran Jeet Singh, a senior fellow at the Sikh Coalition, told the PBS NewsHour’s Amna Nawaz. 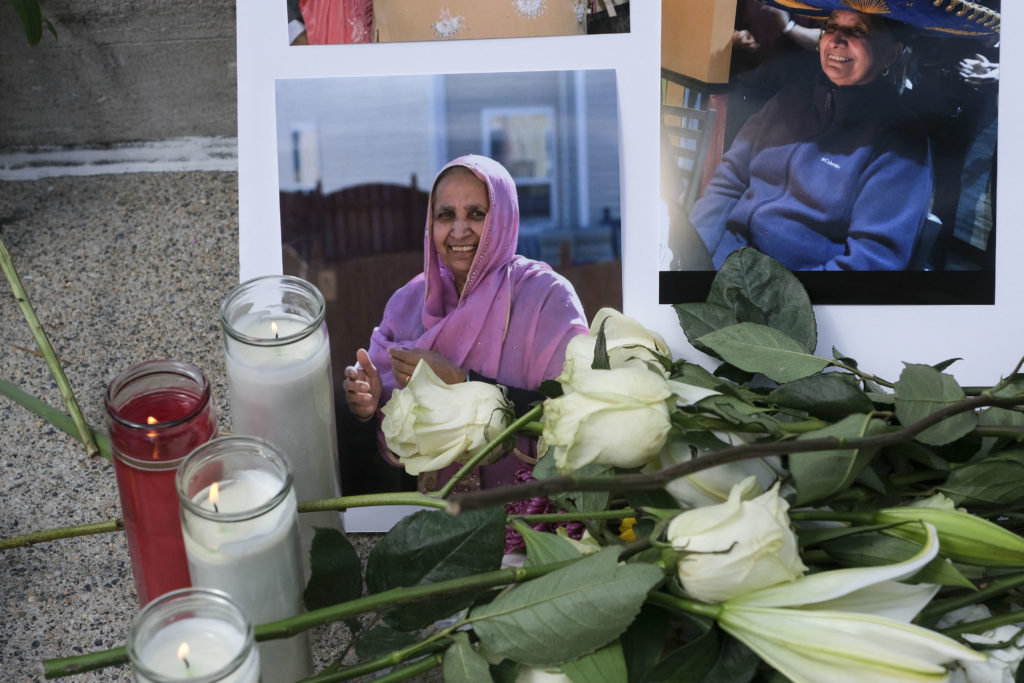 Family, friends and community members lay flowers and candles during a vigil in Indianapolis, Indiana on April 18, 2021 to remember the victims of a mass shooting at a local FedEx facility, which took the lives of eight people. Photo by Jeff Dean/AFP via Getty Images

In the weeks since the April 15 shooting, the Sikh Coalition, along with other Sikh groups, have called for greater transparency from police and FedEx during the shooting investigation, along with calls for gun reform. The local Sikh community is also holding a remembrance on Saturday, May 1, to honor all eight lives lost in the mass shooting.

Jeet Singh, who had been in contact with victims’ families in Indianapolis, spoke about how the community is processing their grief and why racism isn’t relegated to just one area of the country.

How is everyone doing? What’s the feeling on the ground there?

“These things are always there, always shifting,” Jeet Singh said, adding that “one thing that doesn’t change is the pain.”

The conversations with the families of those killed at the FedEx facility have been hard because, in part, it’s not just the Sikh families in mourning, he said. Those who don’t identify as Sikh also lost loved ones.

We take a moment to remember the lives lost in the recent FedEx shooting. While we still don’t know about the suspect’s motive, half of those killed were Sikhs. Simran Jeet Singh, a senior fellow at the Sikh coalition who is connected to the Indianapolis community, joins Amna Nawaz to discuss.

“I’ve been thinking about that a lot this past week — just the reality that hatred and violence in this country — it doesn’t just affect those who look different and those who are typical targets. You can get any of us at any time, and we’ve seen that over and over again,” Jeet Singh said. “I think just grappling with loss and grief, a week later, there is some moving forward within these communities, but there are still a lot of questions in terms of what was driving this person to massacre innocent people, many of whom were his former coworkers.”

Investigators are trying to determine whether there’s a single motivation or a confluence of motivations. Authorities have yet to say definitively whether this was an attack against this community, but the impact in the community is the same, right?

Jeet Singh said he can speak to this not only as a Sikh American who was born and raised in the U.S., but also as a person of color that comes from a marginalized community.

“It’s hard in this country, when you have attacks like this, not to feel targeted and not to at least raise the question of whether bias was involved. And that is such a sad state of affairs,” he said. “It speaks to where we are as a country, that immediately [when] I received news of this attack and so many others did around the country, we started asking the question of what drove this person to kill us.”

Since the shooting, the Indianapolis Metropolitan Police Department has revealed that in March 2020, authorities had conducted a mental health check for suicidal ideation with the suspect, identified as Brandon Scott Hole. His mother had told police that she was worried that her son wanted “suicide by cop.” Authorities, at the time, flagged that the Hole had viewed white supremacist websites on his computer, IndyStar reported. While he was detained, police also confiscated a firearm.

“We’re not, as a society, actually acting in a way that helps us make each other safer.”

“Just living that way, every day, in the skin, in my turban and knowing the context, the lived experience, the history — all of these things together, it really makes us ask the question of what was in this person’s heart, what drove them to do this, and when will we be safe? I think that, to me, is the real animating question,” he added.

You have traveled a lot. You know what it is like to be in different spaces. You personally have experienced that same racism in a place as diverse and cosmopolitan or sophisticated as New York, as you have in other parts of the country.

Jeet Singh said when he moved to New York from Texas, he was hopeful he would be leaving racism behind.

“I knew it was a diverse city. I knew it was cosmopolitan. I thought that maybe racism was limited to those who just hadn’t had exposure or didn’t have knowledge about people who were different,” he said.

But, he said he was in for a shock when he got to New York. “In retrospect, I shouldn’t have been surprised. But I really was by the kinds of things people would say to me on the street.”

Jeet Singh described one of his earliest memories: Soon after he moved in, an elderly woman fell outside his apartment. He went over to help her up, and held out his arm. She reached out to grab it, but when she looked up and saw him, she pulled her arm back and said, “Go back to where you came from.”

“I was stunned for a second because here she was — she was in danger, she was in the middle of the street in New York City — but she would have rather been hurt [by oncoming cars] than to be helped by someone who looked like me,” Jeet Singh said. 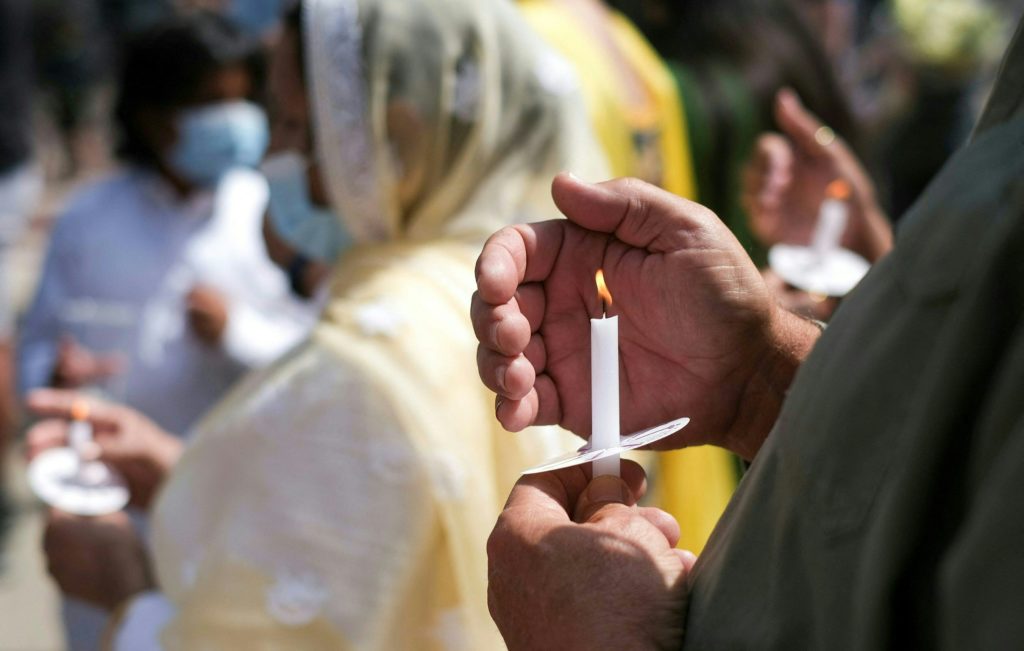 A vigil in Indianapolis was held on April 18 to remember the victims of a mass shooting at the FedEx facility. Photo by Jeff Dean/AFP via Getty Images

The moment stuck with him because “that’s the problem of racism in our country today: We’d rather continue to hurt ourselves and to be hurt and to be worse off collectively and individually than to allow other people into our lives and to humanize them.”

“As much as we want to tell ourselves that racism isn’t true, it doesn’t live in our local communities — and I don’t want to admit that either, I wish it wasn’t that way — but I think we’re all better off when we acknowledge and accept our realities because that’s the only way we’re ever going to be able to move forward.”

With the shooting in Indianapolis, how does the community cope with a tragedy like that? As a community, how do you start to move forward?

“Unfortunately, this is the pain of what it means to be human,” Jeet Singh said. “We all encounter pain and suffering in our lives, and we all do what we can in moments like these.”

This shooting happens to be a particularly painful tragedy, he said, because the Sikh community feels targeted.

“We’re not, as a society, actually acting in a way that helps us make each other safer,” he added. “That, to me, is part of it: You accept the reality of our own lives and the inevitability of the pain.”

But, he also said that what he finds inspiring is the way the community comes together in times of need. For the Sikh community in particular, “this is part of our tradition that in times of need, we come together. We don’t do it alone,” he said.

Jeet Singh said he spoke with a woman who lost her grandmother in the shooting and noticed it was noisy in the background. The woman told him that loved ones have been over since the shooting, saying that they just wanted to be together.

“As we sit in this pandemic moment and we’ve all been disconnected from our loved ones, we can all identify with that reprioritization,” he said. “You feel it so much more viscerally when you realize that you’re feeling disconnected or at least that life is fleeting.”

Asian Americans face a wave of discrimination during the pandemic