NEW ORLEANS — Carrying “off the chart” amounts of moisture, Barry crawled ashore Saturday in Louisiana and quickly weakened to a tropical storm that promised to dump heavy rains that could last for days and pose a test of the flood-prevention systems built after Hurricane Katrina 14 years ago.

The storm made landfall near Intracoastal City, Louisiana, about 160 miles west of New Orleans, and its winds fell to 70 mph, the National Hurricane Center said.

The Coast Guard rescued more than a dozen people from the remote Isle de Jean Charles, south of New Orleans, where water rose so high that some residents clung to rooftops. But in the city, locals and tourists wandered through mostly empty streets under a light rain or stayed indoors.

Video showed water overtopping a levee in Plaquemines Parish south of New Orleans, where fingers of land extend deep into the Gulf of Mexico. Officials were still confident that the levees would hold firm. 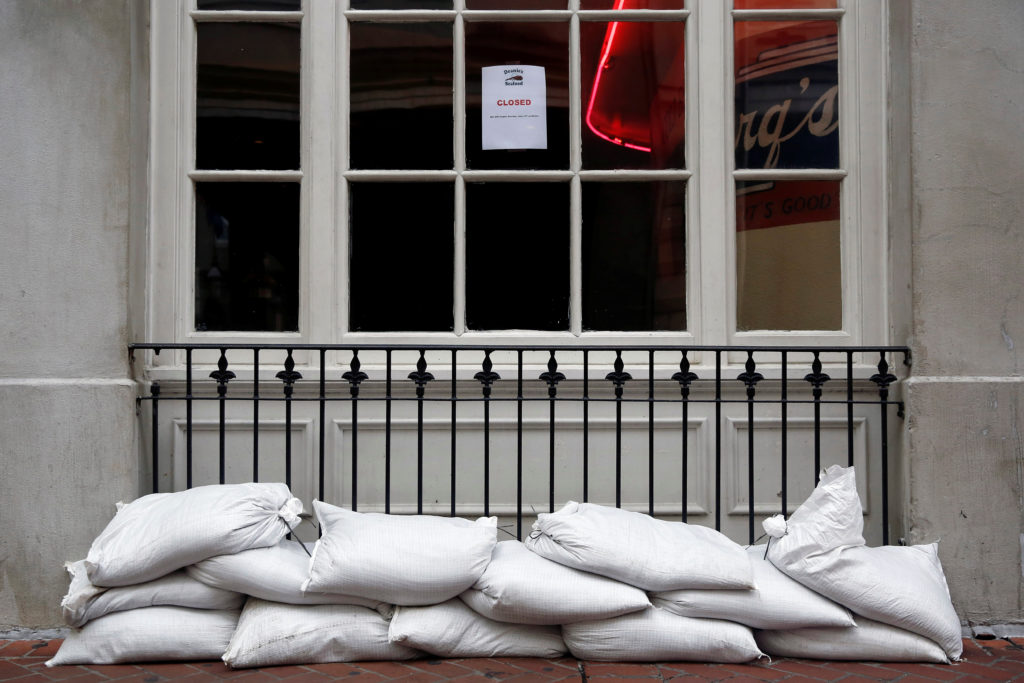 More than 70,000 customers were without power Saturday morning, including nearly 67,000 in Louisiana and more than 3,000 in Mississippi, according to poweroutage.us.

Hours earlier, the storm had strengthened into a Category 1 hurricane, with maximum sustained winds of 75 mph (120 kph), just above the 74 mph (120 kph) threshold to be a hurricane. Barry was expected to continue weakening and become a tropical depression on Sunday.

The system threatened disastrous flooding across a swath of the Gulf Coast.

During a storm update through Facebook Live, National Hurricane Center Director Ken Graham pointed to a computer screen showing a huge, swirling mess of airborne water. “That is just an amazing amount of moisture,” he said. “That is off the chart.”

Downpours also lashed coastal Alabama and Mississippi. Parts of Dauphin Island, a barrier island in Alabama 200 miles (322 kilometers) from where Barry was headed, were flooded both by rain and surging water from the Gulf, said Mayor Jeff Collier, who was driving around in a Humvee to survey damage. He said the island still had power early Saturday afternoon and wind damage was minimal. 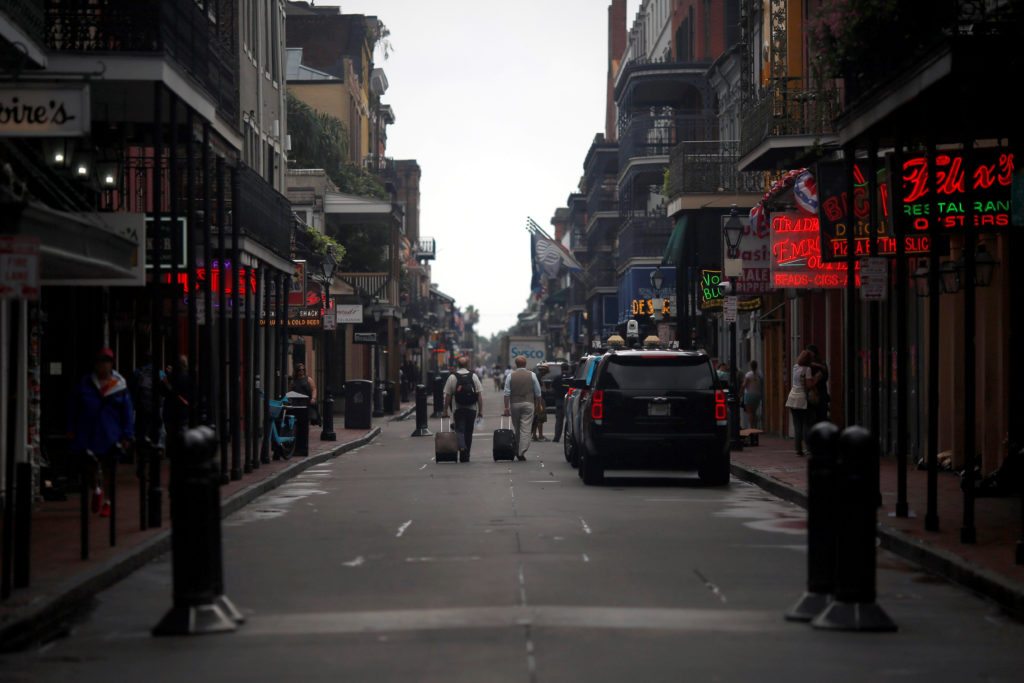 Water was flowing over a “back levee” in Point Celeste in Plaquemines Parish, officials said in an automated telephone recording distributed to residents. The levee was not on the Mississippi River, and there was no indication that the barrier was breached or broken or that major flooding was occurring, the recording said.

Officials said they were worried the water could close Highway 23, cutting off a key road and the rest of the parish to the south. Much of Plaquemines Parish had been under an evacuation order since Thursday.

Barry was moving so slowly that heavy rain was expected to continue all weekend, with predictions of up to 20 inches (50 centimeters) through Sunday across a swath of Louisiana that includes New Orleans and Baton Rouge. Some parts of the state might get 25 inches (63 centimeters).

New Orleans Mayor LaToya Cantrell thanked residents for staying off the streets and urged them to remain vigilant because the worst of the wind and rain was yet to arrive.

“Although you may not have seen rainfall as we have been discussing, it is coming our way,” Cantrell said.

Forecasts showed the storm on a path toward Chicago that would swell the Mississippi River basin with water that must eventually flow south again.

Governors declared emergencies in Louisiana and Mississippi, and authorities took closed floodgates and raised water barriers around New Orleans. Louisiana Gov. John Bel Edwards said it was the first time all floodgates were sealed in the New Orleans area since Katrina in 2005. Still, he said he did not expect the Mississippi River to spill over the levees despite water levels already running high from spring rains and melting snow upstream.

There was one piece of good news: Late Friday night, forecasters said the Mississippi River was expected to crest in New Orleans at about 17.1 feet (5.2 meters) on Monday, not 19 feet (5.8 meters) as had been earlier predicted. The levees protecting the city range from about 20 to 25 feet (6 to 7.5 meters) in height.

Authorities told at least 10,000 people in exposed, low-lying areas along the Gulf Coast to leave, but no evacuations were ordered in New Orleans, where officials urged residents to “shelter in place.”

“It’s moving really slowly,” New Orleans Councilwoman Helena Moreno said. “Because of that, there is concern it could be building as it just sits over the water. … We could feel a bigger impact.”