‘I am beautiful’: Meet once incarcerated girls who turned their lives around

The criminal justice system in the United States incarcerates more of its youth than any country in the world.

Across the nation, about half a million boys and girls are locked up every year, according to the U.S. Department of Justice. And although these numbers have dropped in recent years, incarceration rates for girls have declined more slowly.

Research suggests that many girls in the juvenile justice system have experienced higher rates of trauma and abuse than boys, and many end up incarcerated with untreated mental health problems. And in areas of the country where there are no long-term residential facilities for jailed girls, many are sent hundreds of miles away from home, which, experts say, can negatively affect treatment.

But in Jacksonville, Florida, programs launched by child advocates that aim to rehabilitate rather than simply incarcerate have changed that course for delinquent girls.

One organization, the Delores Barr Weaver Policy Center, a research and counseling group for girls in Jacksonville, offers therapy and diversion to help keep girls out of the system and rehabilitate those who end up in it.

Many girls’ arrests often result from acting out in response to trauma, said Lawanda Ravoira, the center’s president and CEO, so getting to the root cause of their behavior is crucial.

“When we find girls who are sent away from their communities, we exacerbate her feelings of disconnection, her feelings of being ‘less than,’ her feelings of hopelessness,” Ravoira told PBS NewsHour Weekend. “And so, our very response can re-traumatize and re-victimize girls who have already had lives that most of us couldn’t imagine.”

Alyssa, Rachel and Kiarra are three girls who were incarcerated and then became clients at the center. Here are the stories of how they turned their lives around. 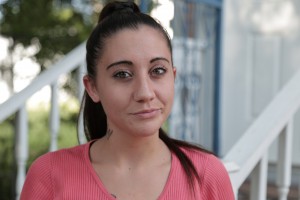 Alyssa began running away from home around age 13. On the streets, things quickly spiraled. She says she met men who took advantage of her and she was trafficked for sex.

Alyssa says she was arrested several times and ended up spending almost a year behind bars, in a detention center and then a long-term residential facility.

She struggled to connect with therapists at the residential facility. After she got out, she ended up back on the streets.

“I don’t want anyone, any girl to feel that way, feel how I felt. All I want to do is help people.”

“The only thing I really knew what to do was run. That’s what I did.”

Alyssa committed more serious crimes and was charged as an adult six times for crimes.

That’s when she knew she had to change.

“I just realized, like, ‘I’ve done everything bad in the world.’”

So she thought maybe she could use her experiences to start doing some good.

Now, she said her dream is to own her own non-profit safe houses for women—employing, counseling and helping rescue those at risk.

“There’s girls out there that need me and need help, that are going through what I went through,” she said. “I don’t want anyone, any girl to feel that way, feel how I felt. All I want to do is help people.”

“I’m not damaged goods. I am who I am and I’m a beautiful woman on the inside and out. And I accept that today. Before, I didn’t believe it. Today, I do.” 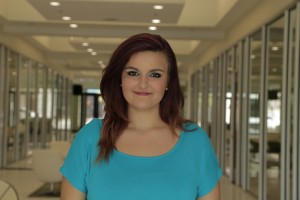 Rachel was arrested for the first time at age 14 for stealing food. Over the next two years, she picked up another petty theft charge, a battery charge, and struggled to adhere to the terms of probation.

“I didn’t really have in the beginning a support system, so I just kind of kept snowballing,” she said.

After landing in the juvenile detention center seven times, she was eventually committed to a year-long residential program in Tampa, 200 miles away.

“I was way far away from home, and I just felt alone. That was the hardest, when I felt really alone,” she said.

During her time in the juvenile justice system, she saw a lot of girls like herself leave only to return a couple weeks later, hearing guards say things like, “See you next time.”

“Being in the system, I think that I’ve seen so much pain in other people’s lives that I’m like, ‘Well, I could help out a little bit.’”

She became determined to prove them wrong.

In Tampa, things began to turn around. She received therapy and did tele-mental health counseling over the computer with her family and counselors at the Delores Barr Weaver Center, which she said helped a lot, especially when it came to putting together a plan for transitioning back home.

Looking back, Rachel called her behavior “immature” and “stupid.”  She says in the system, she felt like nothing more than a number, a stereotype, that she was doomed to always be a failure and wind up in prison.

Rachel finished probation in July and plans to finish her high school degree, then study to become a nurse.

“Being in the system, I think that I’ve seen so much pain in other people’s lives that I’m like, ‘Well, I could help out a little bit.’”

Kiarra was first arrested at age 13 for burglary. Her mother, Denise Fox, was working two jobs to support the family and struggled to find resources to get Kiarra back on track. 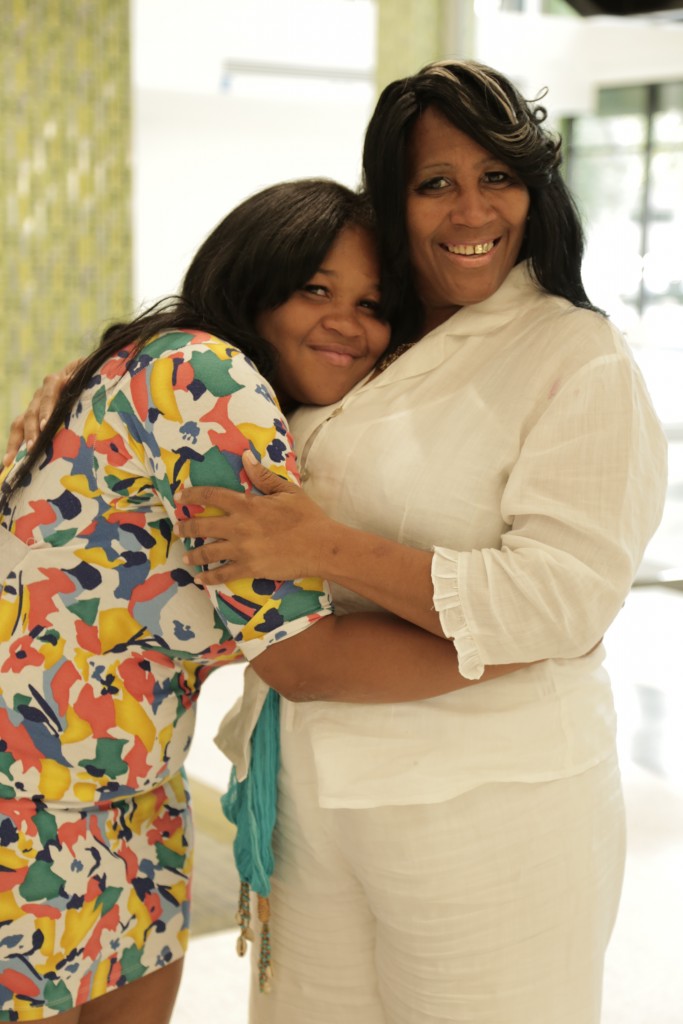 Kiarra and her mother, Denise Fox. Photo by NewsHour.

After two more burglary charges and a violation of probation, Kiarra was sentenced to six months in a residential facility 250 miles away, which was a difficult experience for both her and her mom.

“I promise you, no parent walking the surface of the earth wants their child to be so far away from them that they can’t put their hands on them or to find out really what’s going on with them to help them,” Fox said.

In the middle of it all, Kiarra’s mom had a heart attack and a stroke. Kiarra says she vowed to change.

“I didn’t want to leave her no more, I didn’t want her to leave me,” Kiarra said. “I had to straighten up and fly right from there, so she wasn’t stressed.  So she wouldn’t have to worry about where I was late night. So she wouldn’t lose her sleep from work. I had to just make the decision to turn around and that’s what happened.”

“The things that I went through were just building blocks, stones that were being thrown against me, I used them as stepping stones,”

Kiarra was connected to therapy at the Delores Barr Weaver Policy Center and is part of the new Girls Court in Jacksonville. She said the programs are helping her stay on track, communicate better and learn from her mistakes.

Watch the full report on programs in Jacksonville, Florida, that aim to rehabilitate rather than incarcerate delinquent girls.