Democratic Mayor Marty Walsh and Republican Gov. Charlie Baker laid wreaths early in the morning at the spots along downtown Boylston Street where two bombs killed three spectators and maimed more than 260 others on April 15, 2013. 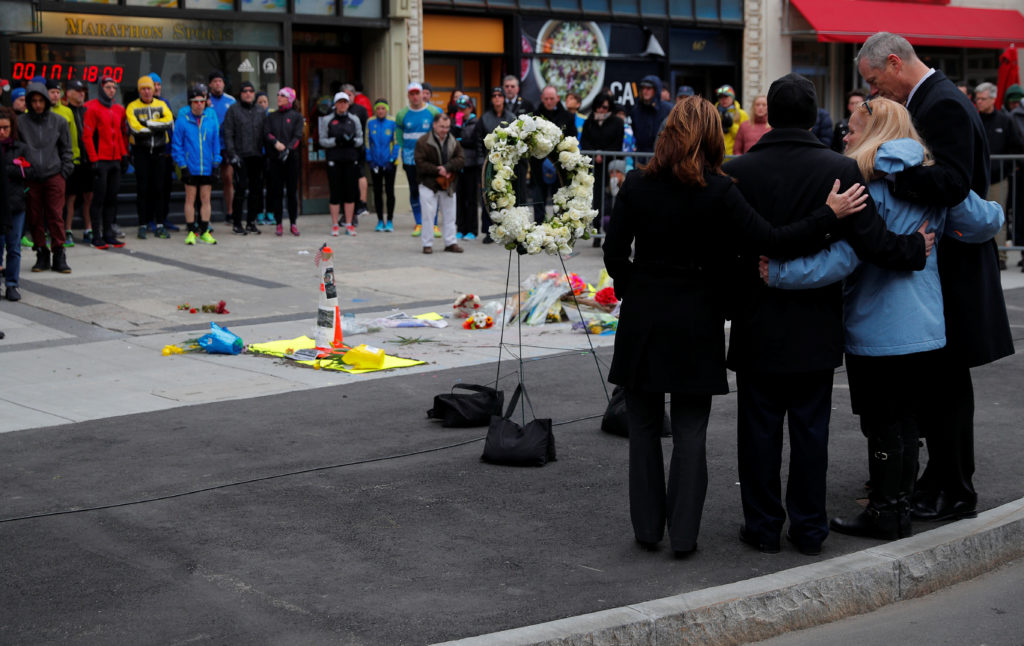 One wreath was laid by Baker in front of Marathon Sports as bagpipes played in the background. In a another spot, the family of victims Martin Richard and Lü Lingzi were comforted by Walsh as another wreath was placed where the second bomb went off by the Atlantic Fish restaurant. Hundreds of silent people gathered to watch behind barricades.

Both Baker and Walsh addressed address families and survivors at a private ceremony inside the Boston Public Library. 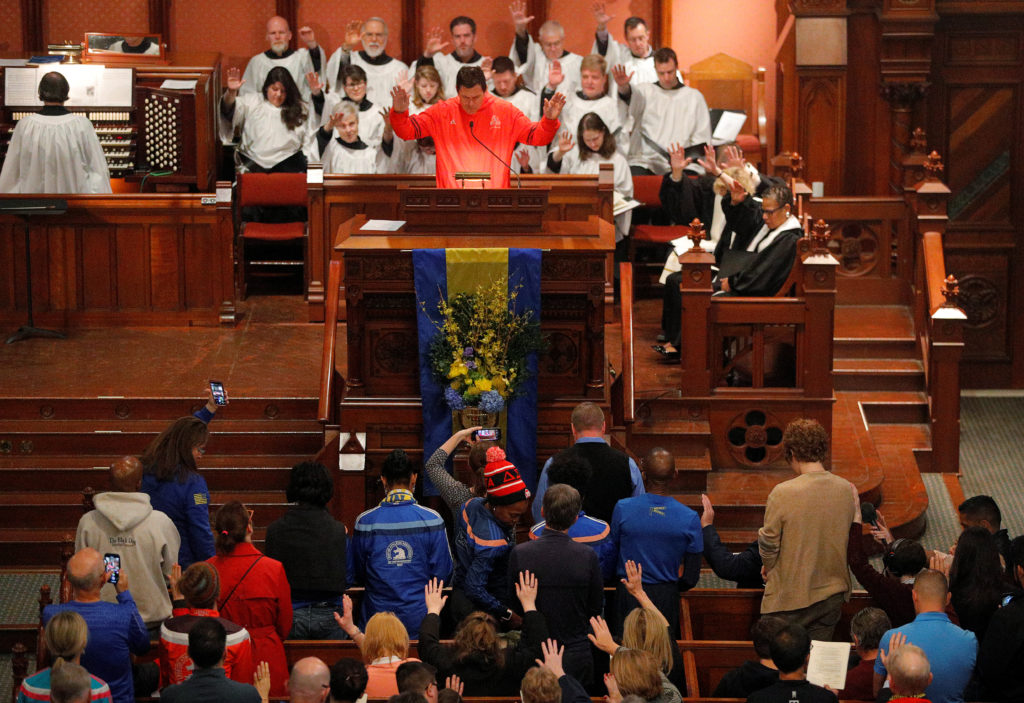 “On April 15, 2013, our city changed forever but over the last five years, we have reclaimed hope. We have reclaimed the finish line and Boston has emerged with a new strength, a resilience rooted in love,” Walsh said.

At 2:49 p.m., a citywide moment of silence will be observed, and the bells of Old South Church will be rung to mark the moment five years ago when the first bomb exploded. Sunday is “One Boston Day,” devoted to blood drives and acts of kindness.

Security is tight for Monday’s 122nd running of the iconic race.

Left: Christopher Nzenwa wipes his eyes after praying over a memorial to the victims of the Boston Marathon bombings at the site of the first explosion on the 5th anniversary of the blasts in Boston, Massachusetts, U.S., April 15, 2018. Photo by Brian Snyder/Reuters