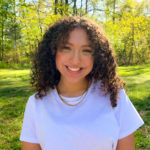 As temperatures reached record-breaking levels across California on Tuesday, so did the state’s electrical demand. 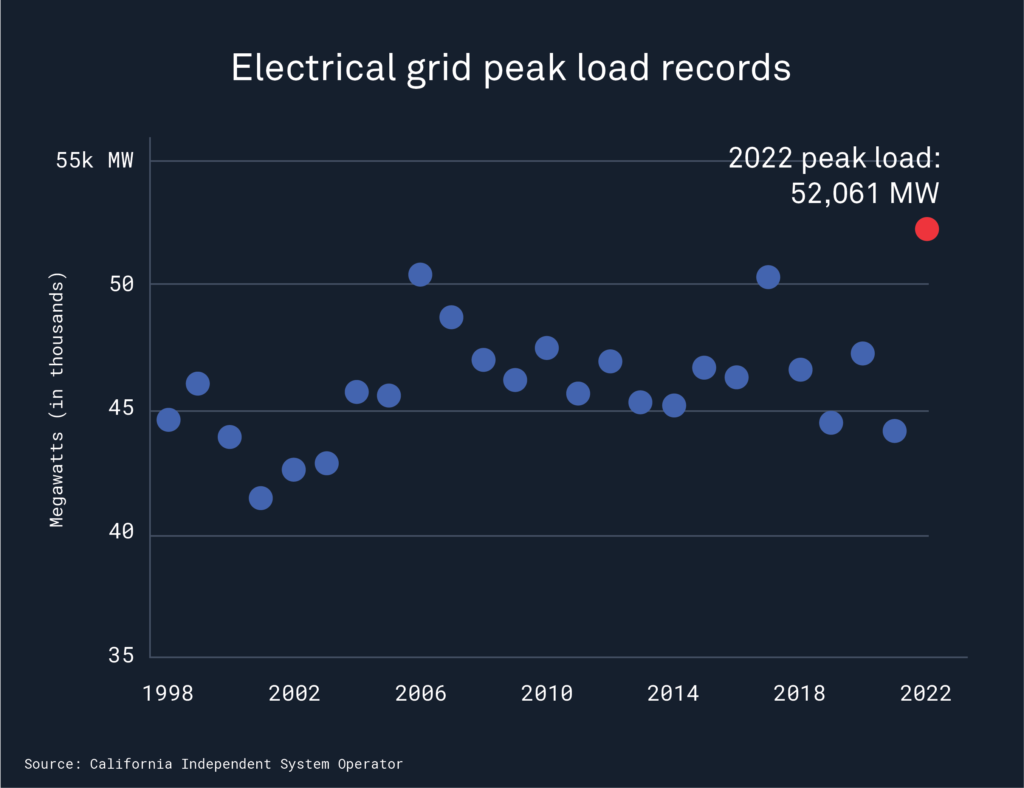 Tuesday’s peak demand set an all-time record, according to historical data from CAISO, reaching over 6,000 kilowatts more than the average peak over the last 20 years.

The excess demand was enough power for 4.6 million households. 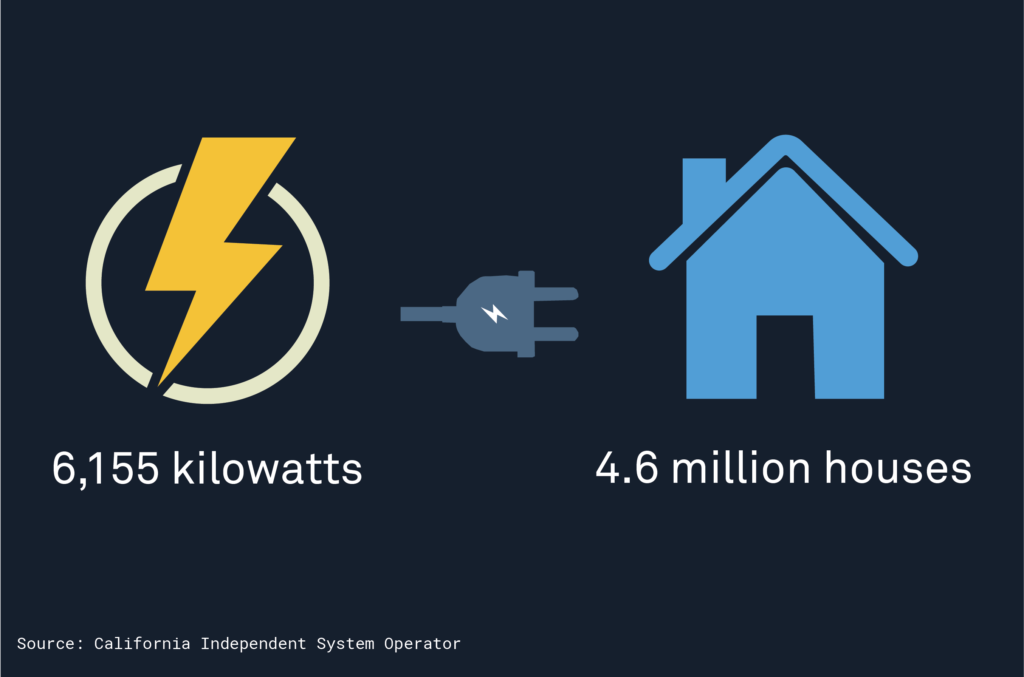 Consumer energy conservation played a large role in preventing rolling power outages, CAISO said on Twitter. The state urged consumers to reduce energy use between 4 p.m. and 10 p.m. by taking actions like setting thermostats to 78 degrees or higher if health permits, unplugging unused electronic devices, turning off unnecessary lights and avoiding the use of major appliances. 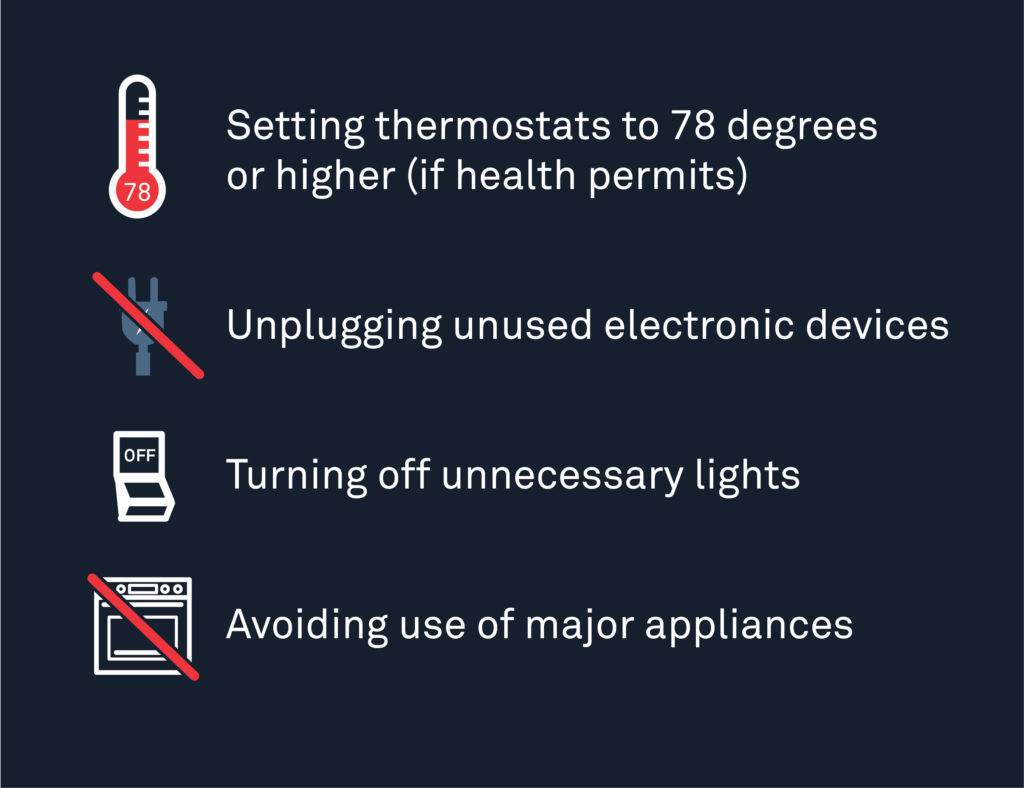 “That makes it so that electricity demand during these periods of time is really very high,” Blunt said. “This is ultimately a question of keeping levels of demand and supply in balance, because, if there is an imbalance, you risk wider system breakdown.”

FLEX alerts, which serve as a call to conserve energy during critical times, were issued statewide and extended for the rest of the week.

Left: A woman jogs by power lines in Mountain View, California, where the state's peak electrical demand set an all-time record, according to historical data from CAISO, reaching over 52,000 megawatts more than the average peak over the last 20 years. Photo by Carlos Barria/Reuters

Jenna Cohen is the Roy W. Howard fellow at PBS NewsHour. Working on the digital team, she specializes in data, design and graphics.