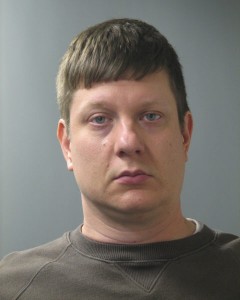 A Chicago police officer was charged with first degree murder and held without bail Tuesday for shooting a black teenager 16 times, an encounter that was caught on the squad car’s dash cam.

Previously, a judge ordered the dash cam recording to be publicly released by Wednesday, but Chicago Mayor Rahm Emanuel and Chicago Police Superintendent Garry McCarthy, among other city leaders, appeared before reporters Tuesday night to say that the footage was being released a day early. They also urged calm.

For months, city officials maintained that the process was delayed because, they argued, several investigations surrounding the case were ongoing.

“The public needs to know that while it would seem to some that the 12 months of investigation with our federal partners has taken too long, investigations of police shootings and misconduct are highly complex matters that carry with them very unique legal issues that must be fully examined and taken into consideration,” Cook County State’s Attorney Anita Alvarez told reporters Tuesday.

According to The New York Times, officers responded to 911 reports about a man carrying a knife and attempting to break into vehicles in Chicago’s Southwest Side neighborhood.

“Officers came upon Mr. McDonald, who was holding a folding knife, and told him to drop it, Chicago officials have said. Mr. McDonald refused, the officers said, and he began walking or jogging away. Two officers followed him — one on foot, the other in a car — and called for backup, requesting that an officer carrying a Taser stun gun be sent to the area.

At one point, Mr. McDonald pounded on the windshield of the squad car and punctured its front tire with the knife, city officials say. Mr. McDonald and the growing number of officers followed a path down several blocks. A police dashboard camera, captured the end of the episode: Along a multilane commercial stretch of Pulaski Road, one of the six police officers at the scene fired his weapon, striking the teenager 16 times.”

The Cook County medical examiner’s office released an autopsy report that said two of the gunshot wounds were found in McDonald’s back.

Alvarez described the footage as “graphic” and “chilling,” adding that she announced the charge against Van Dyke before the video’s release because she was concerned the extremely violent video would ignite unrest and demonstrations similar those in Ferguson, Missouri, and Baltimore, Maryland, following instances where black men were gunned down by police officers.

“To watch a 17-year-old young man die in such a violent manner is deeply disturbing,” she said. “I have absolutely no doubt that this video will tear at the hearts of all Chicagoans.”

“I can’t speak why the [other] officers didn’t shoot,” he said. “But I certainly can speak to why my client shot, and it is he believed in his heart of hearts that he was in fear for his life, that he was concerned about the lives of [other] police officers.”

The city of Chicago approved a $5 million civil settlement in April for McDonald’s family.