More than a year after a grand jury declined to criminally charge Cleveland police officers for the fatal shooting of 12-year-old Tamir Rice, who was carrying a toy gun at the time, the police chief announced Friday that they are facing internal disciplinary charges.

Three officers — Frank Garmback, Timothy Loehmann and William Cunningham — have hearings at the end of the month, according to local media.

Loehmann, who shot Rice, faces six charges for falsifying previous employment history on his application for the Cleveland Police Department. Loehmann did not disclose that he “was allowed to resign” from his prior job at the Independence, Ohio, Police Department, local media reported.

He may have also failed to mention he had been insubordinate and dishonest to a superior, and that the department had concluded that he had, “an inability to emotionally function.”

Garmback, who drove Loehmann to the scene, faces two charges stemming from allegations that he drove too close to Rice while responding and did not let the dispatcher know when he arrived. The third officer, Cunningham, is alleged to have been off-duty and working an unpermitted second job at the Cudell Recreation Center at the time of the shooting, and is accused of completing and signing a false report. 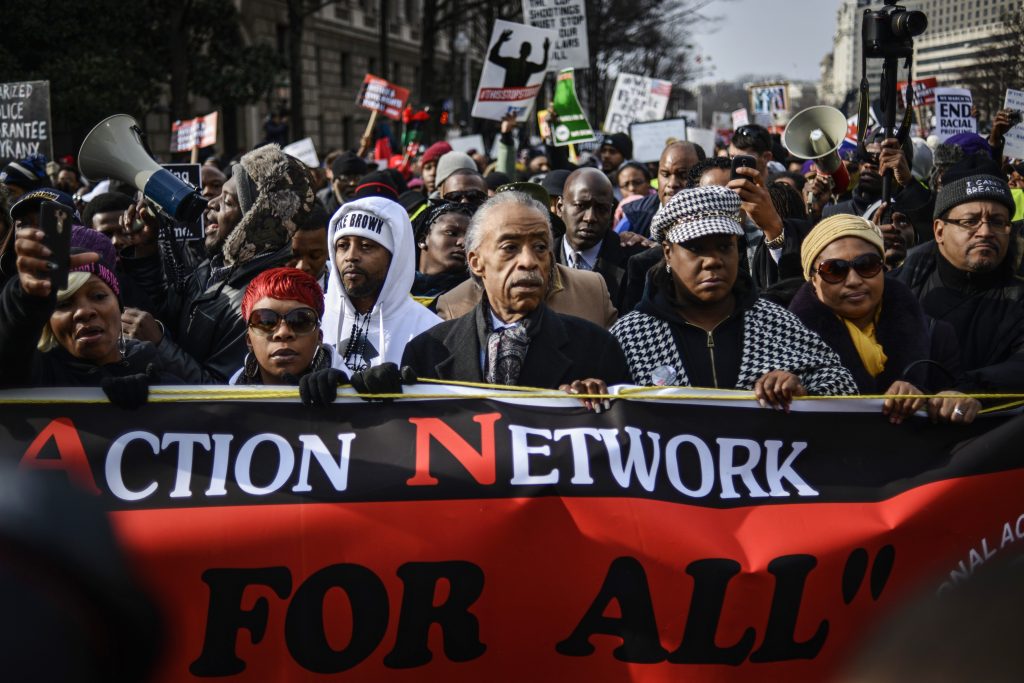 If found guilty, they can be suspended without pay or their jobs could be terminated.

“There is no question, and there has never been, that the death of Tamir Rice was tragic,” Loomis said in the statement. “Nevertheless, all agree that Officer Loehmann was not wrong in reacting the way he did.”

He added that it was disappointing that Garmback was being charged for driving too close to Rice, “when it is apparent that the car slid in the ice and mud well beyond what he had intended.”

Loehmann and Garmback, who are white, had responded to a report of a “guy with a pistol” at the Cudell Recreation Center on Nov. 22, 2014, where Rice, who was black, had been playing. While the person who called police had mentioned the gun was “probably fake,” that description was not mentioned to the responding officers, according to local media.

Tamir Rice was playing in the park with a toy gun and was executed. Yet white children his age have REAL guns and police never shoot them

Within a second of exiting the car, Loehmann shot Rice, who at that point had an airsoft pellet gun in his waistband. The shooting triggered a national uproar, resurfacing a history of black boys and men dying at the hands of police and spurring several investigations.

The next month, U.S. Attorney General Eric Holder released an unrelated report that Cleveland police had consistently exhibited unnecessary and excessive use of force – even in cases where police were simply called for a mental health check.

“Accountability and legitimacy are essential for communities to trust their police departments,” Holder said in a statement at the time, “and for there to be genuine collaboration between police and the citizens they serve.”

One year later, a Cuyahoga County grand jury decided that Loehmann and Garmback should not be charged, a decision that the county prosecutor upheld.

Since then, an internal police committee has spent a year focusing on the two officers, which led to the charges police announced on Friday.

The Justice Department is also reviewing the case to see whether they violated any federal civil rights laws.

Rice’s mother told the Associated Press after the announcement on Friday that she was upset that Loehmann is avoiding charges for a second time for his use of force, and that both officers should be fired.

“I think this process has taken entirely too long,” Samaria Rice said.

Left: Samaria Rice, the mother of Tamir Rice, the 12-year old boy who was fatally shot by police while carrying a replica toy gun, speaks during a news conference at the Olivet Baptist Church in Cleveland, Ohio, on Dec. 8, 2014. Photo by Aaron Josefczyk/Reuters