Robert Lewis Dear, the man suspected of killing three people at a Planned Parenthood health center on Friday in Colorado, told the authorities “no more baby parts” after his arrest, the Associated Press reported.

Law enforcement officials who were not authorized to speak to the media told NBC News the statement was made amid “rantings” that also included comments about President Barack Obama.

A city police spokeswoman, Lieutenant Catherine Buckley, told PBS NewsHour that any information included in the warrant could not be discussed as the investigation is ongoing.

U.S. Attorney General Loretta E. Lynch said in a statement Saturday the rampage was “a crime against women receiving health care services at Planned Parenthood” and “an attack on all Americans’ right to safety and security.”

The clinic, which is the site of frequent anti-abortion protests, offers a range of health services, including abortions.

The U.S. Department of Justice is reportedly considering federal hate crime charges against Dear and is looking at whether he violated a 1994 law established to protect people at abortion clinics from acts of violence. 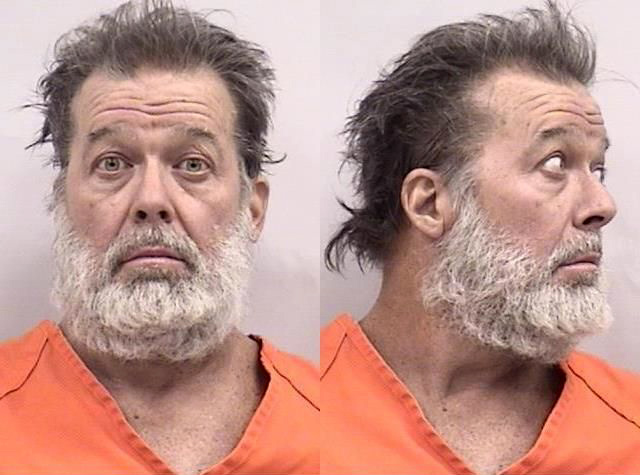 Colorado Gov. John Hickenlooper said Sunday that both sides of the abortion debate should ease tensions and “inflammatory rhetoric.” Hickenlooper also referred to the attack as a “form of terrorism.”

“I think we should have a discussion at least urging caution when we discuss some of these issues,” he said. “So we don’t get people to a point of going out and committing violence.”

Vicki Cowart, President and CEO of Planned Parenthood of the Rocky Mountains said in a statement that eyewitness reports indicate Dear was “motivated by opposition to safe and legal abortion.”

“We should not have to live in a world where accessing health care includes safe rooms and bullet proof glass,” she said. 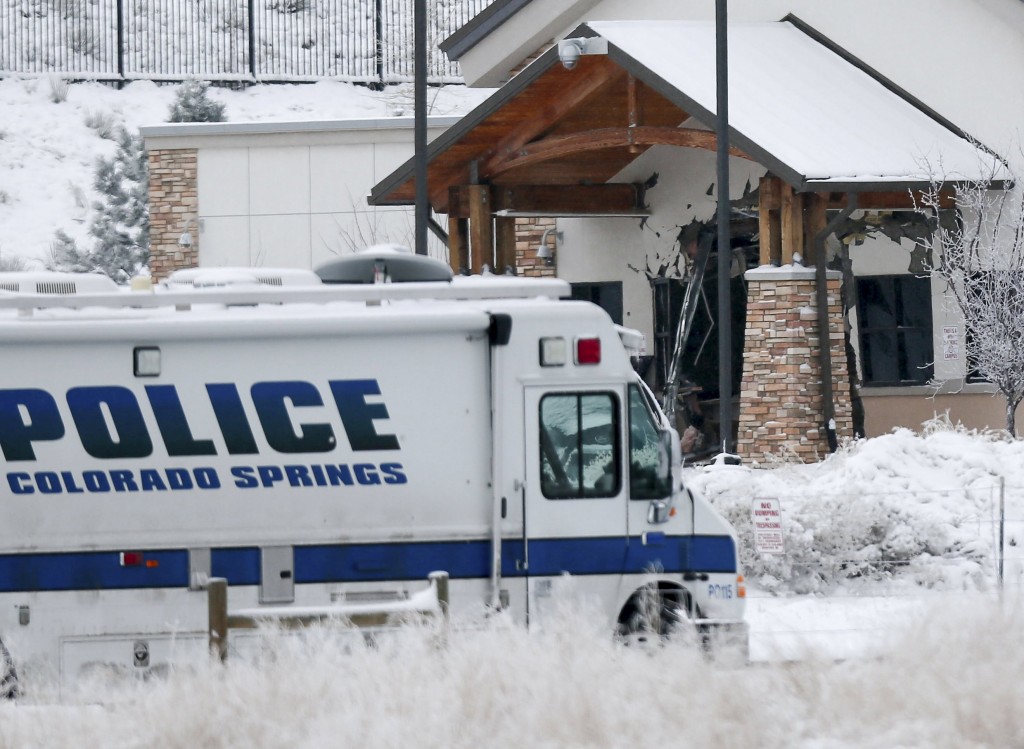 A police vehicle is seen parked outside the Planned Parenthood clinic on Saturday, a day after a gunman opened fire in Colorado Springs, Colorado. Photo by Isaiah J. Downing/Reuters

On Sunday, former Arkansas Gov. Mike Huckabee, now a Republican candidate for president, called the attacks “domestic terrorism” in an interview with CNN, while pushing aside claims that incendiary language used by the anti-abortion movement could have been a factor.

Donating fetal tissue or recovering costs from such a donation is legal, and is part of a fast-growing medical research field, NewsHour’s Lisa Desjardins reported in July; selling fetal tissue for profit is illegal.

Cecile Richards, President of Planned Parenthood, said in a video statement then that the undercover videos represented “outrageous claims about programs that help women donate fetal tissue for medical research.”

“I want to be really clear,” Richards said. “The allegation that Planned Parenthood profits in any way from tissue donation is not true.”

Dear is due to make a court appearance on Monday.

Left: Flowers lay at the police line at the scene outside the Planned Parenthood building in Colorado Springs, CO on Saturday, Nov. 28, 2015. The man suspected of killing three people at the health center on Friday reportedly made the statement "no more baby parts" after his arrest. Photo by Matthew Staver/Washington Post via Getty Images