Child’s toy or the voice of nightmares? Listen to the Edison talking doll

One of the earliest known milestones in recorded history sits nestled in an 18-inch doll.

Inventor Thomas Edison embedded small phonographs inside the metal torsos of thousands of dolls that “talked” or played fragments of nursery rhymes, including “Twinkle, Twinkle, Little Star.” The Edison talking dolls, intended for mass production in 1890, are among the earliest known audio entertainment records.

But much like the homeless American Girl doll, the toy was a major flop.

The public reacted as one does when confronted with a grandmother’s massive doll collection: You averted your eyes in fear. After six weeks into production, the dolls were deemed too scary and pulled from the market, the New York Times reported.

And it’s not hard to hear why. The doll recordings, which has been collected online by the Thomas Edison Historical Park, hiss nursery rhymes in a way that doesn’t make the doll an ideal bedtime companion. In particular, a doll’s rendition of “Now I Lay Me Down to Sleep,” an English bedtime prayer, is nightmare fuel. Listen below:

The Historical Park said the recordings would not have sounded better in 1890 than what we’d hear today because the phonographs were “not optimized for high-fidelity reproduction.”

“Even with a brand-new, unplayed record, the sound emitted by the talking doll was always distorted and unnatural,” the Historical Park said.

Surviving recordings have been rare to come by, and by 2011 only two Edison doll recordings were available online to hear, the Historical Park said. Since then, the organization has been able to expand their collection to eight recordings, including two recently recovered recordings from Robin and Joan Rolfs, who were afraid to play the wax cylinder records in their dolls due to their fragility. 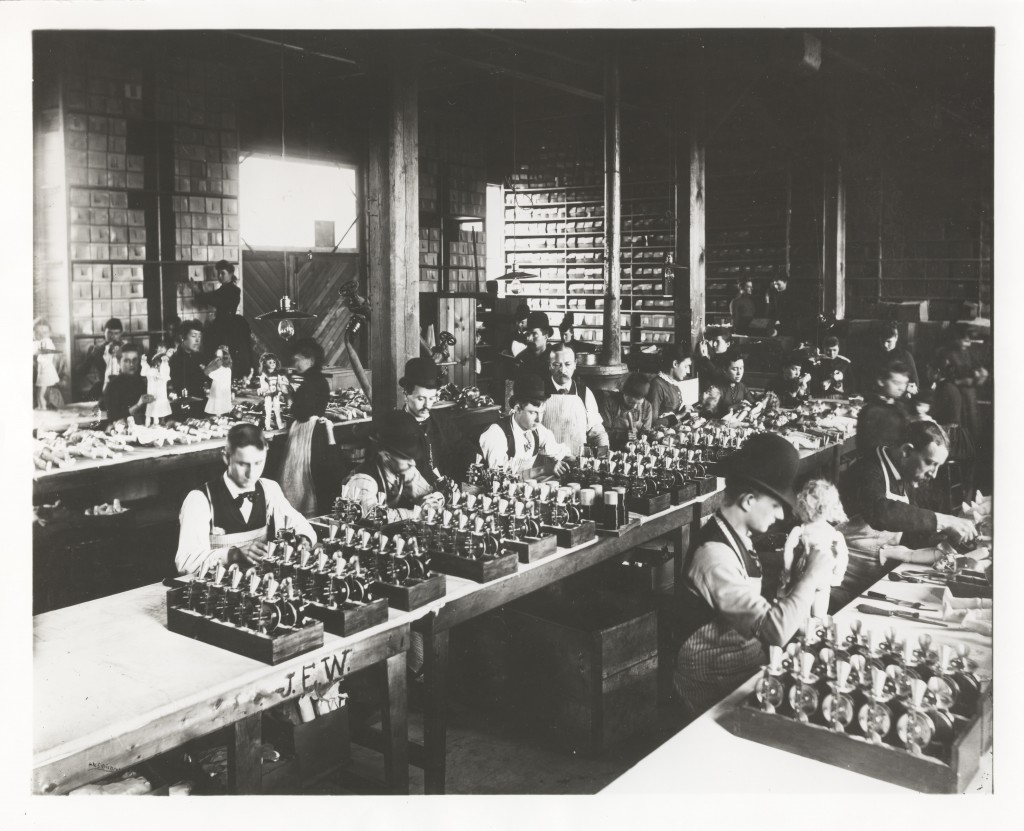 The Historical Park said the Lawrence Berkeley National Laboratory, working with the Library of Congress, developed a way to digitized the recordings that extracted the childlike voices from the cylinders without damaging the old wax cylinder records in the toys.

Called the IRENE-3D system, the technology thoroughly scanned the wax cylinders to create a digital model that captured all the grooves on the phonograph records’ surface, the Historical Park said.

“With the digital model, image analysis methods are used to reproduce the audio stored on the record, saving it as a WAV-format digital audio file,” the Historical Park said.

The Historical Park said the dolls’ high price — $10 undressed, $12 to $20 for dressed, depending on the costume — contributed to the product’s fast disappearance from the shelves. Or, maybe consumers decided that the public didn’t need a shrieking rendition of “Mary Had a Little Lamb.”

Left: In April, the Thomas Edison Historical Park added new doll recordings, which were digitized with technology that extracted the childlike voices without damaging the fragile wax cylinder records embedded in the toys. Photos courtesy of National Park Service