The fatal shooting of Atatiana Jefferson in her Texas home by a police officer offers another jolt in the debate about the use of force, particularly on black Americans, and why the policing reforms that have been enacted in some communities haven’t begun reducing such deaths.

At a news conference Tuesday, Jefferson’s family called for scrutiny of officer Aaron Dean — who shot Jefferson after responding to a neighbor’s call about a door that was left ajar — but also of the entire Fort Worth Police Department. Dean resigned after the incident, and has been charged with murder.

“Who sent the equivalent of a SWAT team to respond to a wellness call in a black community?” the family’s attorney Lee Merritt said, sitting beside Jefferson’s brother and sisters.

According to Mapping Police Violence, a crowdsourced database created by activists, the number of black Americans killed by police has declined since a spike in 2015, the year after Michael Brown was shot and killed by a police officer in Ferguson, Missouri, which sparked clashes with police as well as a nationwide debate about police use of force.

But determining the trends in police-involved killings — and what measures are effective in reducing them — can be difficult because there is no federal mandate that requires police departments to report lethal encounters.

Advocates say the fact that police departments themselves are not gathering data on fatal shootings is part of the reason that police-involved killings are still happening on a daily basis.

“[Police departments] can tell me how many cars are stolen, but they can’t tell you how many people they killed?”

“[Police departments] can tell me how many cars are stolen, but they can’t tell you how many people they killed? That is the sad state of affairs,” said Chris Burbank, vice president of strategic partnership at the Center for Policing Equity.

Burbank, who is a retired police officer in Salt Lake City, Utah, said police departments need to report data not only about fatal shootings, but all police encounters. If that data is made public and analyzed by third parties, departments could better identify what is leading to the fatal incidents and stop them before they happen. Short of that happening, outside groups do keep various tallies of how police use deadly force. 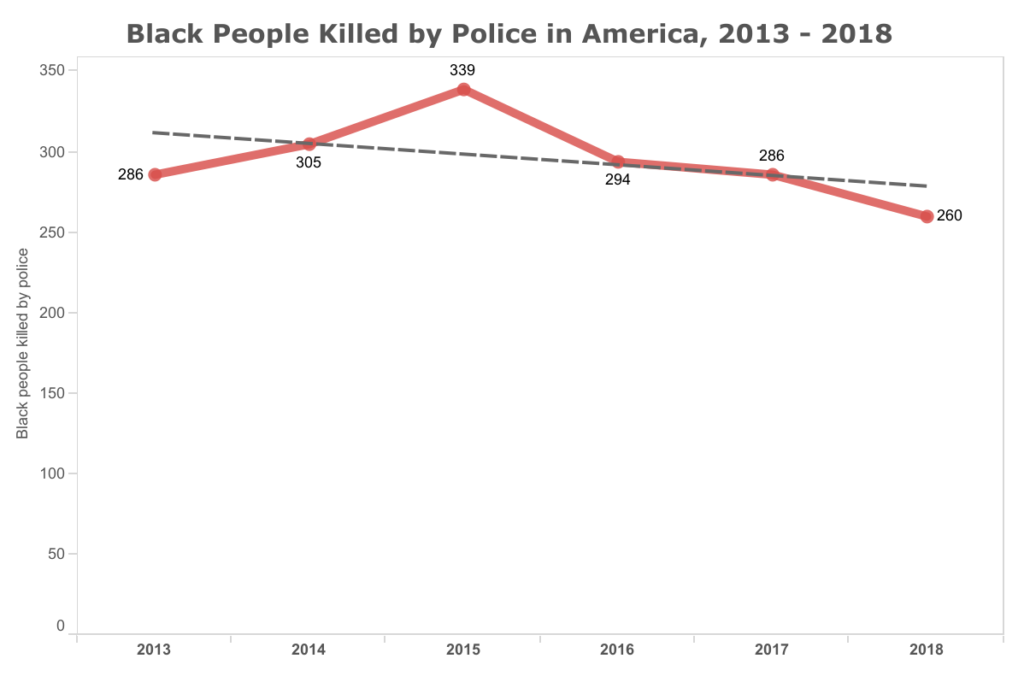 Based on the limited information that is available, the number of people fatally shot by police appears to have remained fairly stable over the past five years.

What police departments are doing to change

Since protests against police-involved shootings became the subject of national debate several years ago, there has been more focus in local police departments on anti-bias initiatives, as well as more scenario-based training. But there are still no nationwide standards on police training.

“There is no consistency in terms of training and policy across the country. Nobody is doing it the same way,” said Jon Blum, the vice president of training at FORCE Concepts, a company that develops police training curricula.

Blum, who was a police officer for 20 years in North Carolina, said more police departments need to use detailed training materials that focus on de-escalation and aim to improve decision-making.

Some cities have also taken steps to improve trust between police and residents.

Jefferson’s death shows just how fragile, and how quickly, trust can be broken.

Fort Worth was one of six cities that joined a national pilot project in 2015, but Jefferson’s death shows just how fragile, and how quickly, that trust can be broken.

“This incident has eroded the trust that we have built with our community, and we must now work even harder to ensure that trust is restored,” Fort Worth Interim Police Chief Ed Kraus said at a news conference Tuesday.

Research has shown that after highly publicized incidents involving police violence against black Americans, trust can be severely damaged and residents are even less likely to report crimes to the police.

In Fort Worth, Kraus promised to hold the police officer who shot Jefferson accountable and is looking at whether the department should bring in a third party to evaluate its standards.

Earlier this month, former Dallas officer Amber Guyger was convicted for shooting her unarmed black neighbor, Botham Jean, in his apartment, which she mistook for her own dwelling. 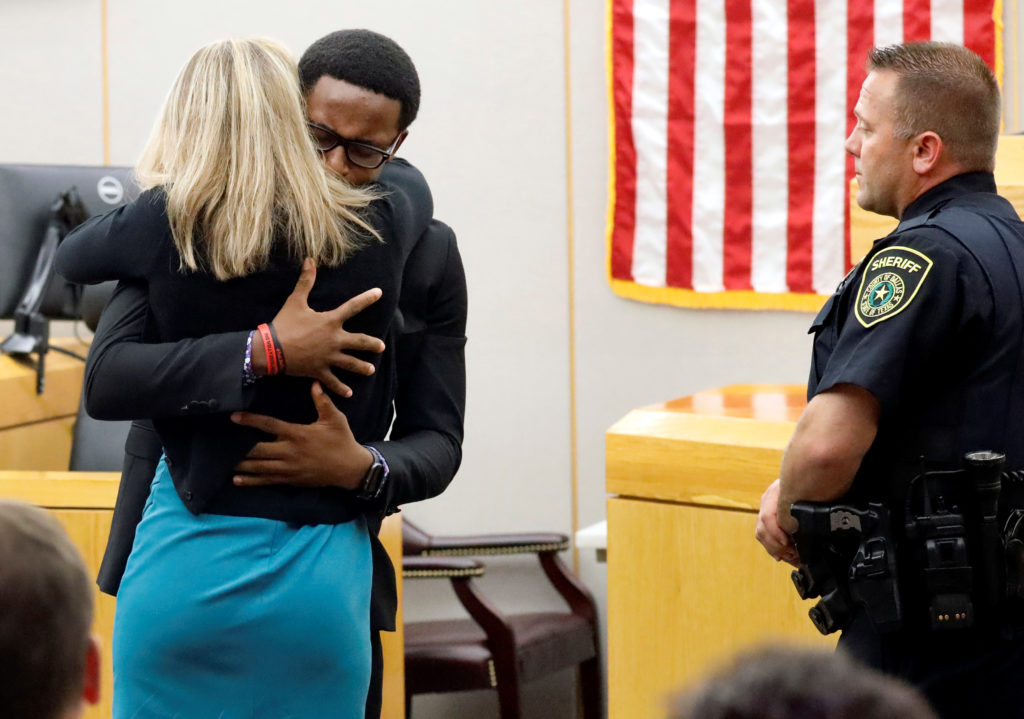 The case was notable because few officers are ever convicted despite police departments’ promises to hold them accountable. Even then, many activists argued that Guyger’s 10-year sentence was too lenient.

“The law gives a lot of protection to police officers,” said Paul Butler, a former federal prosecutor and current law professor at Georgetown University. “They have immunity for when they are carrying out their law enforcement work, so the prosecutor has to prove that what they were doing is different than what they were trained to do,” which can be a high bar.

Now, any bittersweet satisfaction from the conviction itself is short-lived for the community — Jefferson was shot two weeks later, just one town over from Dallas.

For many, Jefferson’s death makes clear that the steps police departments have taken over the past few years aren’t working fast enough.

“We need to take immediate action at the federal level in order to restructure the way we do policing nationally,” said Christen Smith, an associate professor at the University of Texas who focuses on police violence against black Americans. “When it’s left up to local police stations, it is clear that the measures that are being taken are incremental at best, and it’s not solving the problem.”

Left: FILE PHOTO: The badge and gun of a Charlotte police officer in riot gear are seen during a large security presence outside the football stadium as the NFL's Carolina Panthers host the Minnesota Vikings amid protesting of the police shooting of Keith Scott in Charlotte, North Carolina, U.S., September 25, 2016. Photo by Mike Blake/Reuters