DHS watchdog finds no wrongdoing in deaths of 2 migrant kids

WASHINGTON — The Department of Homeland Security’s internal watchdog found no wrongdoing or misconduct by immigration officials in the deaths of two migrant children last December.

The Inspector General for the Department of Homeland Security released two brief statements Friday evening on the deaths of Jakelin Amei Rosmery Caal Maquin, who died Dec. 8 at age 7, and Felipe Gómez Alonzo, who died Dec. 24 at age 8.

Their deaths ushered in a growing border crisis that caught immigration officials unprepared to manage a crush of Central American families seeking asylum in the U.S. and raised questions on medical care and treatment. Border crossings have since declined in recent months following major crackdowns.

“We are still saddened by the tragic loss of these young lives, and we continue to bolster medical screenings and care at DHS facilities on the border,” a spokeswoman for Homeland Security said. “The men and women of Border Patrol are committed to the highest standards of professionalism and care.” 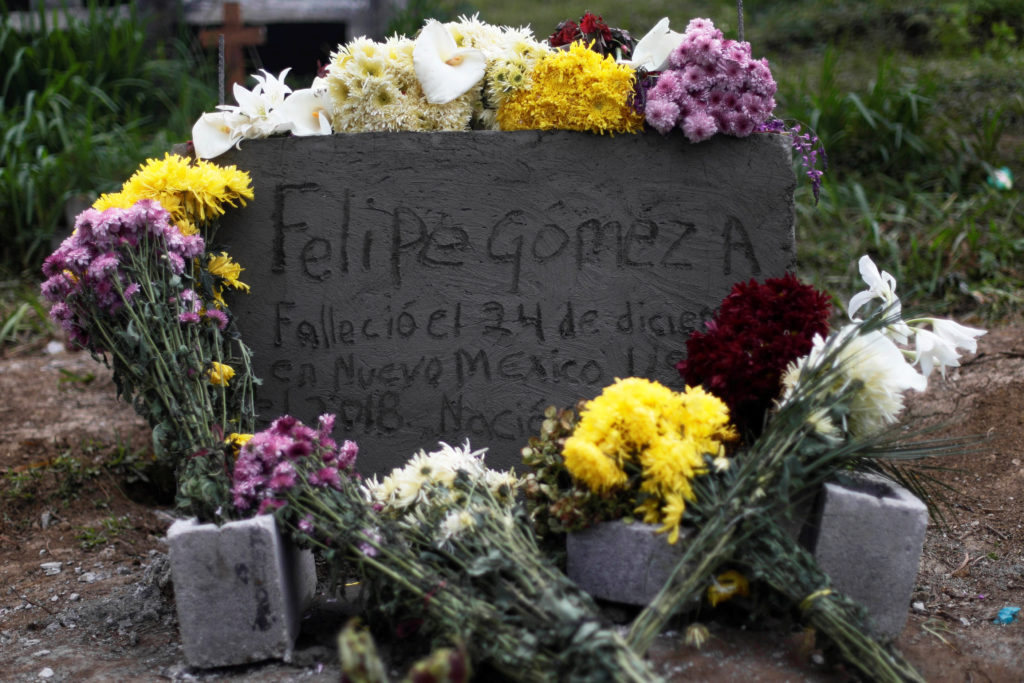 The grave of Felipe Gomez Alonzo a 8-year-old boy who died in the custody of U.S. Customs and Border Protection (CBP) after being detained along his father for illegally entering to the U.S, is pictured during his funeral at home village of Yalambojoch, Guatemala January 27, 2019. Photo by Edgard Garrido/Reuters.

Both children made their way over the U.S.-Mexico border with a parent. Jakelin was part of a large group that crossed in an extremely remote location and it took hours for her to be transported to a hospital. Some seven hours later, she was put on a bus to the nearest Border Patrol station but soon began vomiting. By the end of the two-hour drive, she had stopped breathing.

Lawmakers and immigrant advocates questioned the care she received and criticized the immigration agency’s then-leader Kevin McAleenan for not alerting lawmakers to the death during his testimony before a Congressional committee. Customs and Border Protection said that the girl initially appeared healthy and that an interview raised no signs of trouble.

The watchdog said it had conducted a detailed investigation in coordination with the local medical examiner’s office. The girl died from Streptococcal sepsis.

Felipe was taken with his father to a hospital in Alamogordo, New Mexico, where he was diagnosed with a common cold. He was released just before 3 p.m., about 90 minutes after he had been found to have a fever of 103 degrees Fahrenheit (39.4 Celsius), CBP said at the time. He was prescribed amoxicillin and ibuprofen and taken with his father to a holding facility at a highway checkpoint.

At about 7 p.m., agents helped clean up the boy’s vomit. By about 10 p.m., the boy “appeared lethargic and nauseous again,” the agency said, and agents decided to have him taken to the hospital. The boy died shortly before midnight.

Felipe and his father were detained by CBP for about a week and send to various facilities because of overcrowding, an unusually long period in custody at the time but something that later became more common as the agency struggled with a growing number of migrants detained. 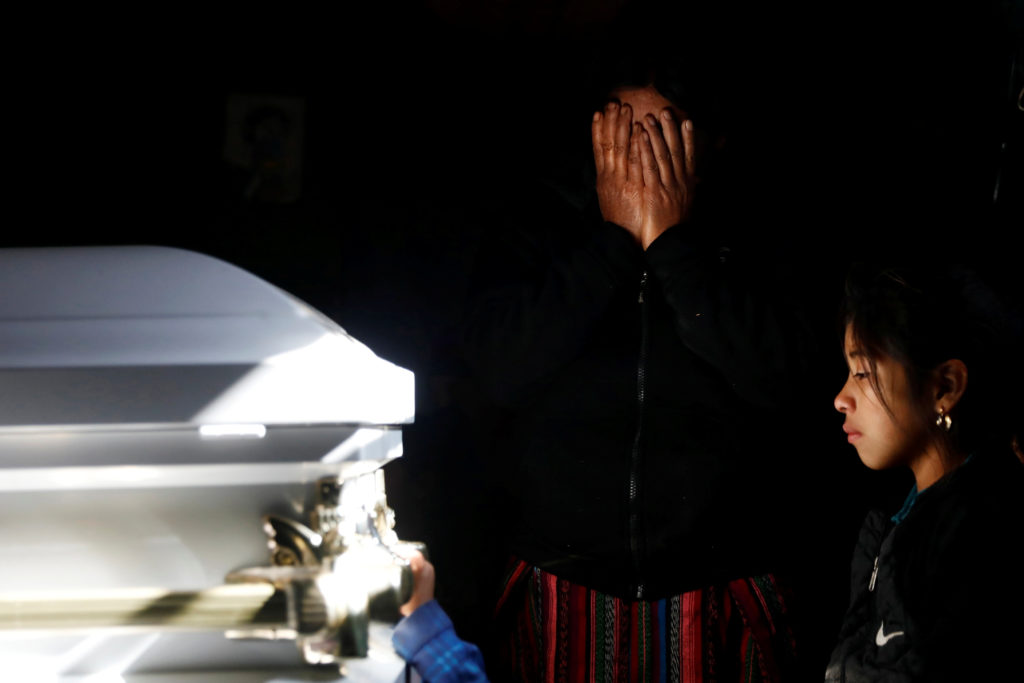 Maria, aunt of Felipe Gomez Alonzo a 8-year-old boy who died in the custody of U.S. Customs and Border Protection (CBP) after being detained along his father for illegally entering to the U.S, reacts during his funeral at home village of Yalambojoch, Guatemala January 27, 2019. Photo by Edgard Garrido/Reuters.

The inspector general coordinated with the local medical examiner’s office and said the boy died from sepsis caused by Staphylococcus aureus bacteria.

The deaths pushed U.S. Customs and Border protection increase medical checks. But increasingly more family members would cross the border, overwhelming border facilities in the months after their deaths.

The inspector general in May criticized the Border Patrol for “dangerous overcrowding” in its El Paso-area detention stations. Several months after Jakelin and Felipe died, the Border Patrol had packed thousands of parents and children into cells unequipped to hold them. According to the report, one cell with a 12-person capacity had 76 people. Another cell meant for 35 people was holding 155. Border Patrol agents claimed then that detained immigrants who weren’t sick were claiming to be so they could be released from their cells, according to the inspector general’s report.

Border crossings are declining, in part because of Trump administration policies that send tens of thousands of migrants back over the border to wait out their asylum cases in Mexico, and barring asylum for anyone who crossed through another country en route to the U.S.

Left: Claudia Maquin, mother of Jakelin Caal, a 7-year-old girl who handed herself in to U.S. border agents earlier this month and died after developing a high fever while in the custody of U.S. Customs and Border Protection, reacts during her daughter's funeral at her home village of San Antonio Secortez, in Guatemala December 25, 2018. Photo by Carlos Barria/Reuters.