Why don’t passenger planes have parachutes, and other dumb questions 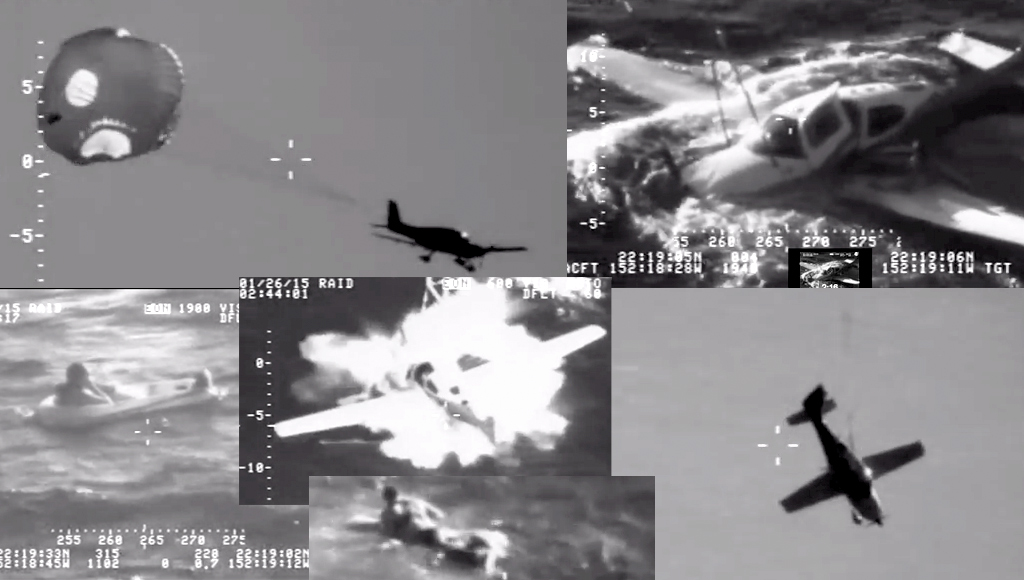 On Sunday, a pilot ditched his plane 235 miles off the coast of Maui in the Pacific Ocean by activating its ballistic recovery system. That’s a fancy term for an emergency parachute … for the whole plane.

The sequence of events went like this: At 12:30 p.m., the pilot, Lue Morton, contacted the Hawaiian National Coast Guard, reporting mechanical problems with the plane, a Cirrus SR22. He was directed to ditch his plane near a cruise ship. He deployed the chute, the plane floated into the ocean, the pilot quickly jumped out, and the plane sank.

The Coast Guard caught the whole thing on video. PBS NewsHour’s Miles O’Brien, an experienced pilot — and former owner of his own Cirrus SR22 — answered our questions about the recovery.

Have you flown a Cirrus SR22, like the one that is shown in the video?

I owned a Cirrus SR22 for about 12 years. All Cirrus-SR22s have a whole-plane parachute like the one shown in the video.

How did the idea for a parachute in the SR22 come about?

The creator was in a mid-air collision with another aircraft years ago. He survived, but the other pilot did not. So it was little bit of catharsis for him to build an aircraft with a ballistic recovery system. It quickly became the leading seller in that category and remains the only plane that has that feature.

Ok, so this is probably a dumb question, but I’ll ask anyway. What are the reasons that larger passenger planes don’t have whole plane parachutes?

There are no dumb questions. My little airplane dripping wet with people and bags weighed about 3,400 lbs. So less than a SUV. To develop a parachute that can handle that weight is practical. Now imagine how many tons a 777 must be, and you can imagine the size of the chute or the amount of chutes that you would need. It would be a huge penalty of weight and complexity. The theory on airliners is there are many, many more layers of redundancy that wouldn’t require this. There are multiple engines and systems that are backed up in different ways. On that little plane if you lose one engine, you are going down. There is no backup for that. So [a parachute system] is just not scalable. Nor is it viewed as necessary safety component for something as large as an airliner when you have so many other layers of safety.

In the video, after the plane crashes into the Pacific, there is a moment where the water is churning and you think the pilot might be sucked down with the plane as it sinks. Is that a real fear? Do you train for that?

You want to get out quickly. They tell you to prop the door open so it doesn’t jam you in. There is a hammer in there which allows you to break the glass if you have to. I was actually surprised and a little dismayed at how quickly it sunk. I always thought maybe you’d have a little more time (laughs). I actually went to a facility in New London, CT where they actually dunk you in water strapped in the seat of an airplane upside down and with your eyes closed in a big pool. They teach you how to get out of the plane. It was scary, as you can imagine. More than anything it teaches you not to panic.

Someone who flies across large bodies of water would be foolish and breaking the law to not have flotation devices. I’ve actually flown in a single-engine plane across the North Atlantic, and we wore survival suits. So this whole world of ferrying aircraft is on the edge, and it is a risky thing. It’s good to have a parachute.

I’m surprised at how much pilots do to prepare to for a crash. It seems like you spend a lot of time thinking about the worst case scenario?

A safe pilot spends a lot of time thinking about how things are going to go wrong. That’s what I did all the time. I would always think about how this could go south.

Every little airplane with one engine should have one of these [a parachute.] A lot of pilots of old Cessnas are like, “Ah, that’s some kind of wimpy plane you got there,” but there are a lot of pilots who are walking around because of the chute.

Do you have any photos of yourself flying? 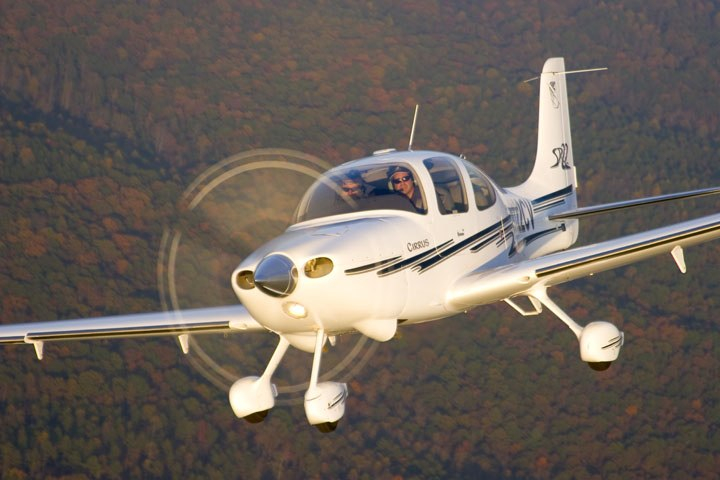 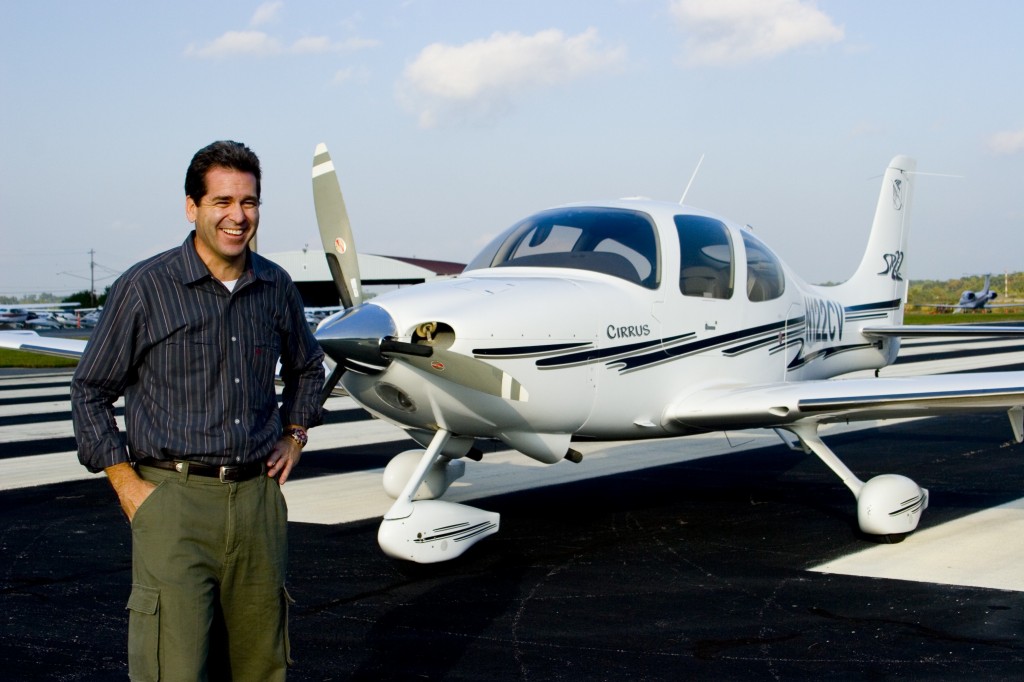 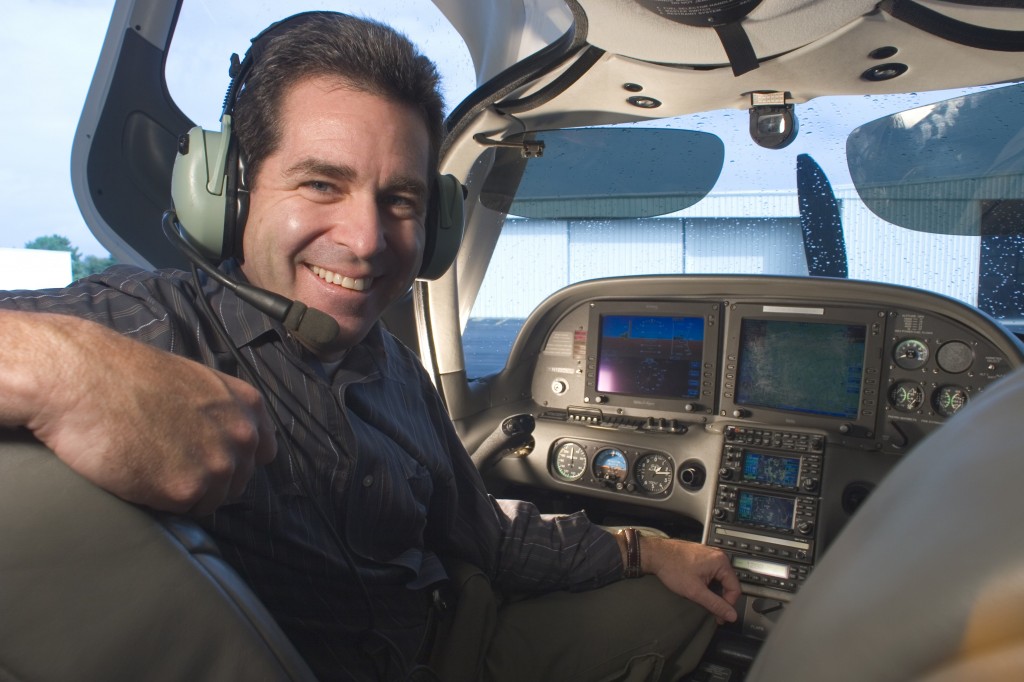 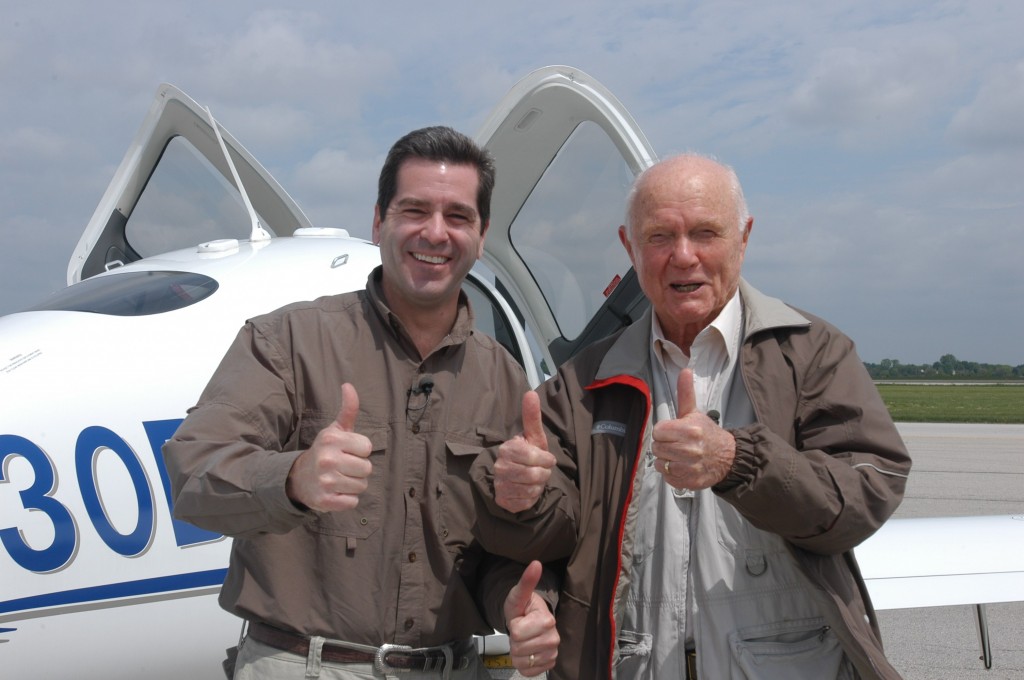 The last one is my gratuitous humble brag shot… I flew John Glenn in my plane and he said I did a great landing!

Editor’s Note: This story has been updated to clarify that there was a mechanical issue with the plane.