After the University of Virginia made a last-second comeback Monday night, beating Texas Tech in overtime to win the NCAA men’s basketball championship, students and residents of Charlottesville flooded the streets, hugging, cheering and chanting “U-V-A! U-V-A!”

For us recent graduates, watching videos of students and the wider community flooding Charlottesville’s streets in peaceful celebration was unfamiliar, refreshing; exciting and emotional. The image many people now associate with Charlottesville is one of blazing torches and white supremacists marching down the university’s Lawn and around a statue of Thomas Jefferson.

The Unite the Right rally in August 2017 added onto a series of events that made high school students think twice about attending the university, made parents worried, made people sneer “you go to that school?”

WATCH: How the ‘Hoos of Charlottesville could help heal their city

When we graduated a year ago, anyone entering the lawn for the ceremony — even graduates in cap and gown — passed through a metal detector.

It was a day to celebrate the achievement of earning a college degree, filled with jittery excitement as you prepare to take on the world while leaving the home you spent four years making. But the air was also heavy, heaving with the tragedy and scandal that clouded the same experience. 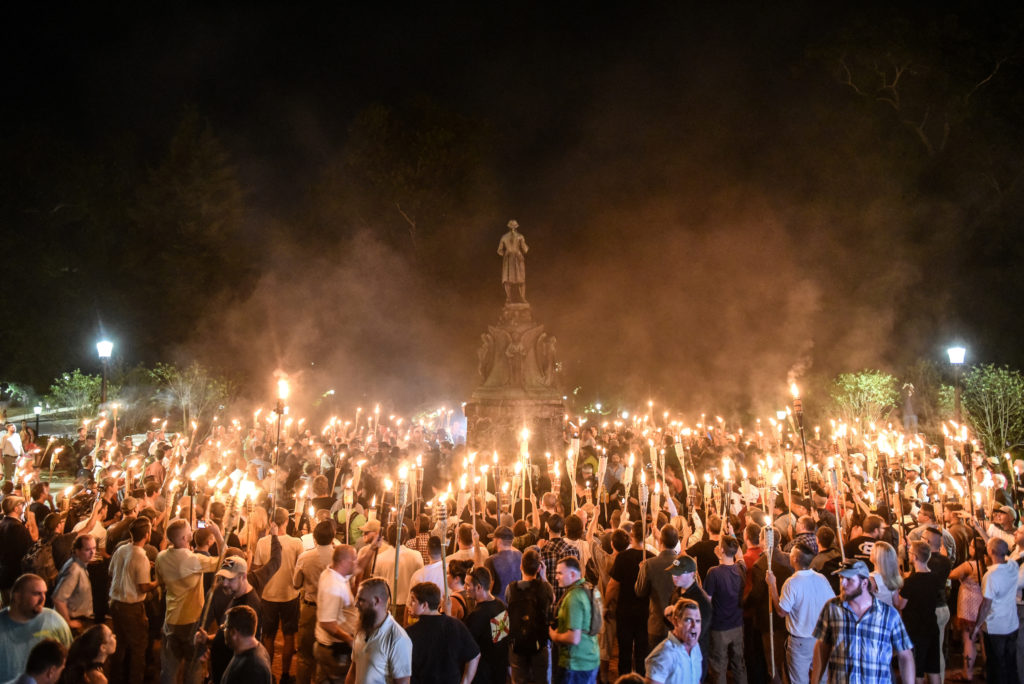 White nationalists participate in a torch-lit march on the grounds of the University of Virginia ahead of the Unite the Right Rally in Charlottesville, Virginia on August 11, 2017. Photo by REUTERS/Stephanie Keith

You could hear it in the final address, delivered by then-university president Teresa Sullivan, whose speech opened with the story of Sir Ernest Shackleton, the British explorer whose shipwrecked crew miraculously survived after a failed expedition to Antarctica.

Our class had, like Shackleton, displayed extraordinary resilience amid adversity, Sullivan said. “There are those that say your generation of college students are snowflakes, and I say to them: ‘You have not met the UVA Class of 2018.’”

In September 2014, a month after we arrived on Grounds, the university mourned the disappearance and death of second-year student Hannah Graham.

The years that followed included a lot of protests and candlelight vigils. Two months after Graham’s disappearance, Rolling Stone magazine published “A Rape on Campus,” an explosive but ultimately retracted article accusing a fraternity of ritualized sexual assault. A black student, Martese Johnson, was assaulted by the Virginia Alcohol and Beverage Control officers in 2015. North Korean authorities arrested fourth year student Otto Warmbier in December 2016, and held him for more than a year. He died upon returning to the U.S. last year, having suffered debilitating injuries during captivity.

And finally, the August 2017 protest against the removal of a confederate statue, which ended in the death of a counter-protester, Heather Heyer, and two policemen in a helicopter crash. Ever since, the city name was often used as shorthand for the rise of the white nationalist movement. 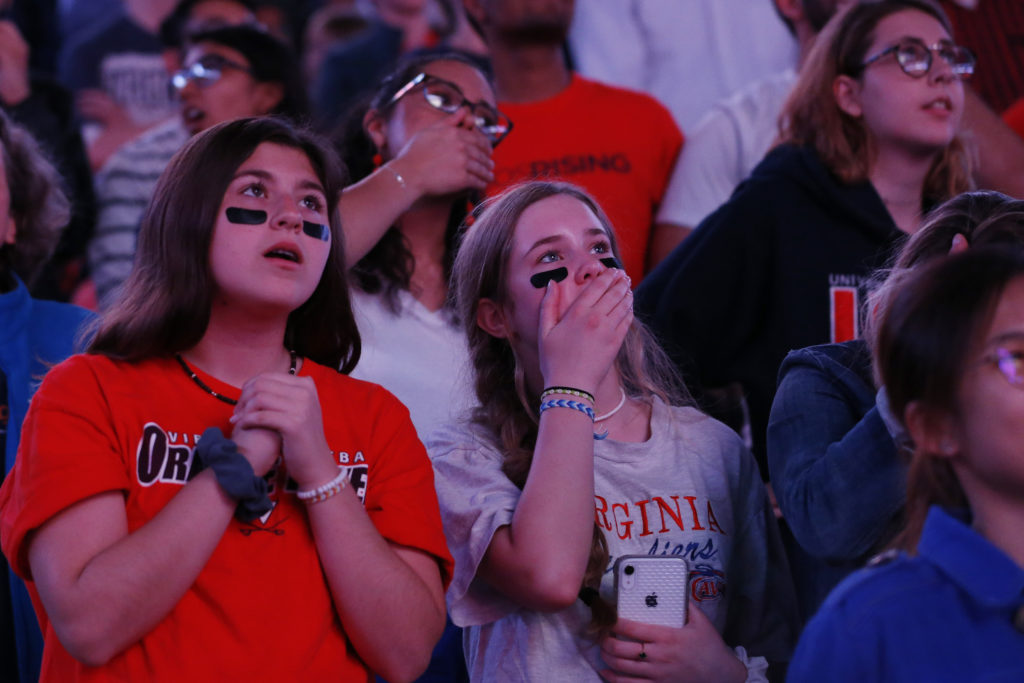 Apr 8, 2019; Charlottesville, VA, USA; Virginia Cavaliers fans react during a viewing party at John Paul Jones Arena for the the championship game of the 2019 men’s Final Four between the Texas Tech Red Raiders and the Cavaliers. Geoff Burke-USA TODAY Sports

So it was with mixed emotions so many of us across the country watch Monday’s tense playoff. For us, inside a crowded Washington sports bar, the energy in the room never faded; we knew our tightwire-walking team too well. We knew our players could pull off another last-second comeback, as they had the two games before In overtime, with UVA in the lead and just seconds on the clock, we warmed up our vocal chords and sang UVA’s fight song, “The Good Ol’ Song.”

The final horn sounded, and UVA alumni in the bar linked arms. Swaying back and forth: “Let’s all join hands and give a yell for dear old UVA!”

Watching head coach Tony Bennett hoist the championship trophy made for a perfect ending to the ultimate redemption story: from one-seed and done in 2018 to One Shining Moment in 2019; from the historic loss to 16-seed UMBC to national champions one year later.

The Cavaliers brought that title home to a campus and city in need of a reason to celebrate.

Tess Conciatori and Alexandra D’Elia graduated from the University of Virginia in 2018.