Farmers markets are everywhere. But do laborers see benefits?

It may seem practical to shop for the cheapest organic strawberries at farmers markets in agricultural hubs such as the San Francisco Bay Area.

But for Swanton Berry Farm, the price difference between their competitors’ $3.50 basket and their $4.50 basket represents fair trade for the laborers that pick the fruit on the coast of California.

Local and organic food movements have boomed in the past decade because consumers are increasingly more concerned about the quality of their produce. Though this awareness can benefit the environment and public health, it has eclipsed the working conditions of the people picking the fruits and vegetables in the fields.

The U.S. government recognizes that farm workers continue to be among the most disadvantaged, but some researchers and farmers say that small farms are not necessarily earning the wholesome reputation that they assume. While there are efforts to certify local fair trade to ensure respectable labor practices, like credentials ensuring produce is organic, there’s no substantial label that explains what that extra $1 for Swanton strawberries means for the farm’s 25 workers.

“Small farms are basking in the halo of the small local farm movement with their nice little stories, but that cute little story may not extend to the workers,” said Jim Cochran, who runs Swanton Berry Farm in Davenport, California. “The farmers market rules say nothing about labor and so you have no clue.”

Organic sales from farms increased by 82 percent since 2007 to $3.1 billion in 2012, according to the U.S. Department of Agriculture’s most recent statistics. And the number of farmers markets have more than quadrupled to more than 8,600 since the mid ‘90s. 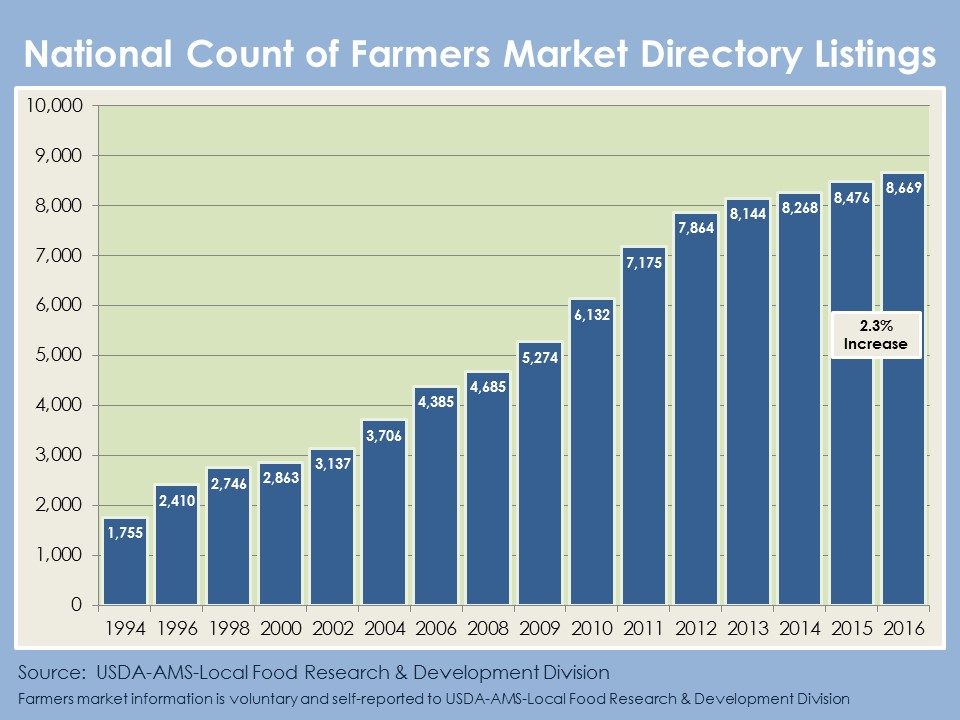 But farm workers and their families who stay with them have sparse protections against cruel conditions. On top of living off meager wages, they work at the bottom of one of the most hazardous industries in the country. In 2011, 570 of them died, which is seven times the rate of the national average among workers in private industries. And on average, about 113 of them are under 20 years old. If they are female, it is more likely they will be sexually harassed or assaulted.

And while there are no statistics behind this, Cochran and other researchers say that being subject to less scrutiny means that smaller farms could get away with more labor abuses. They also have fewer resources to compete with other countries or big companies and ones that use pesticides, for low prices and mass production, making it harder to pay fair wages.

Margaret Gray interviewed 160 farm workers in New York’s Hudson Valley – an area with a strong presence at farmers markets around New York City – for her book, “Labor and the Locavore: The Making of a Comprehensive Food Ethic.”

She said many of them said they knew that if they were citizens, they would be treated better.

“I heard a lot of workers say ‘They don’t care about us. They treat us like slaves,’” Gray said.

In addition to worrying about losing their jobs for speaking out against labor abuses, they worry about deportation, she said.

This dynamic exists in part because farm workers were left out of federal labor protections in the early 19th century, when most farm laborers were black. Civil rights groups say they were and continue to be a racist policies.

“This has been at the backbone of the agricultural industry,” Gray said. 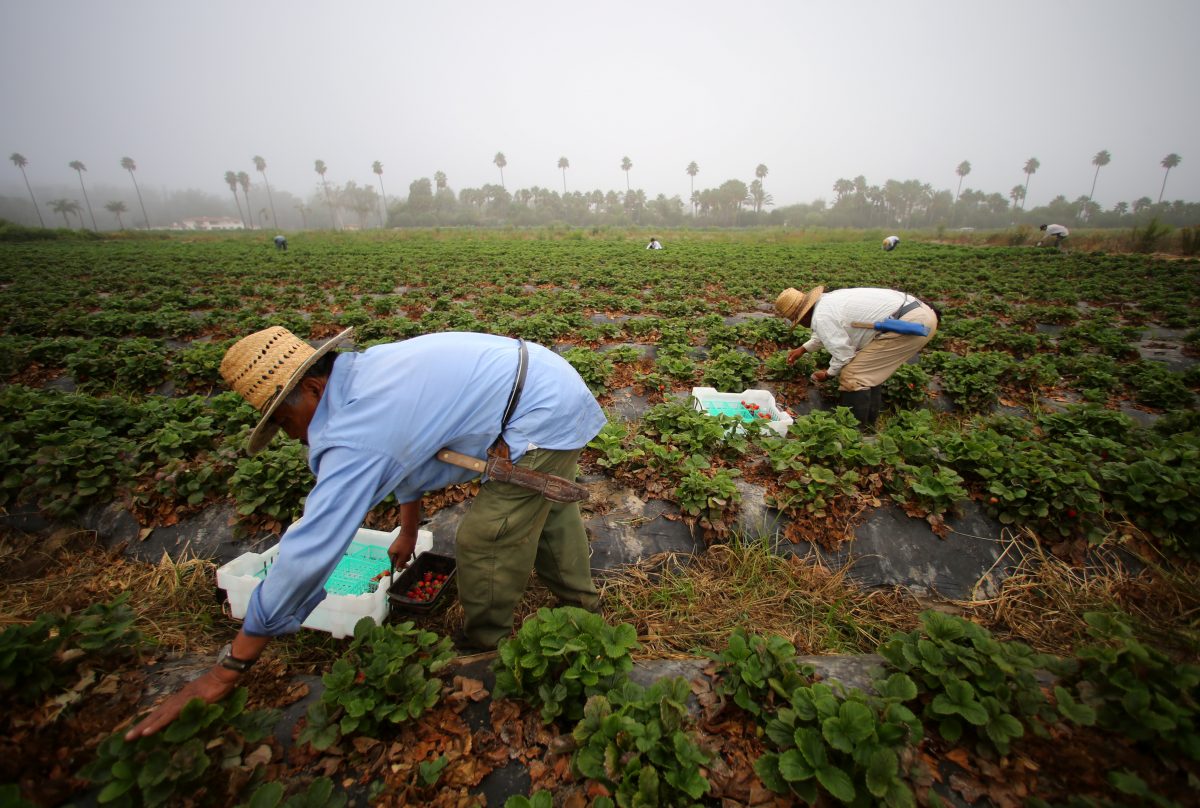 Then farm workers’ labor rights were left out again during the push for organic certification during the 1990s. Consumer groups began pressuring the government for regulations nationwide and internationally, leading to the enactment of various legislation and certifications.

Researchers have found that there was lukewarm support from farm owners to agree on adhering to certifications for fair labor practices.

And United Farm Workers, the country’s largest farm workers union that was founded by American civil rights activist Cesar Chavez in 1962, was excluded from efforts to join the movement.

“Those efforts, unfortunately, were largely resisted by members of the organic community,” Vice President of UFW Erik Nicholson told the NewsHour. “I think, to be honest … they did not want to have standards on how they would engage labor.”

Nicholson said he could not make the distinction between whether big farms or local farms are worse for workers, but “frankly, some of the worst labor treatment I saw was on an organic farm,” he said. “And now the movement has kind of shifted to local.”

Cochran, however, is one of many exceptions. He believes he has a social responsibility. In 1998, he was the first organic farmer in California to sign a union contract with UFW. Now his workers are paid between $10.75 an hour, which is higher than the state’s minimum of $10 an hour, and $16 an hour. They have health and dental insurance, stock ownership plans and a majority of them have full-time, year-round work.

Still, most consumers at farmers markets care that the strawberries are organic and local — they rarely inquire about the workers, he said.

There are some efforts underway to certify domestic fair trade, but nothing that is widely recognized. The Equitable Food Initiative has been certifying farms since 2014, and their labels can be found at Costco.

Fair Trade USA, a nonprofit that has been auditing and certifying international suppliers recently certified its first farm in the U.S. – Wholesum Harvest in Arizona.

“The more people wanting to know more about their food and support better livelihoods for workers, the more Fair Trade certified products we’ll see on store shelves,” a spokeswoman said in an email.

Cochran and Nicholson also said that social awareness around food movements like organic agriculture starts with asking more questions at farmers markets that relate to working conditions. They suggested asking how much workers get paid, whether they have access to clean water and a system to file grievances or if they are employees or contractors.

And if labor rights are not a concern – food safety might be. Nicholson recalled when a person died and several people were sickened by strawberries bought in Oregon carrying a strain of E.Coli from deer droppings.

“I want to know, as a parent, did that worker have the ability to wash his or her hands? Does that worker know and will she be rewarded to not pick strawberries close to deer poop?” Nicholson said. “I think it’s incumbent on us to ask deeper questions.”

Some Latino families see gender gap when it comes to voting