One year ago, the police shooting of black teen Michael Brown brought Ferguson, Missouri to international attention, prompted a national conversation about race and justice and electrified the Black Lives Matter movement.

On Sunday, which marked one year since Brown’s death, the town was the site of quiet commemoration.

Events included a moment of silence that lasted 4 1/2 minutes, a reference to the 4 1/2 hours that Brown’s body lay on the street after he was shot by white police officer Darren Wilson on Aug. 9, 2014. At the end of the observance, two doves were released.

A march beginning at the spot where Brown was shot was also planned, as was a service at a Ferguson church to commemorate the anniversary. 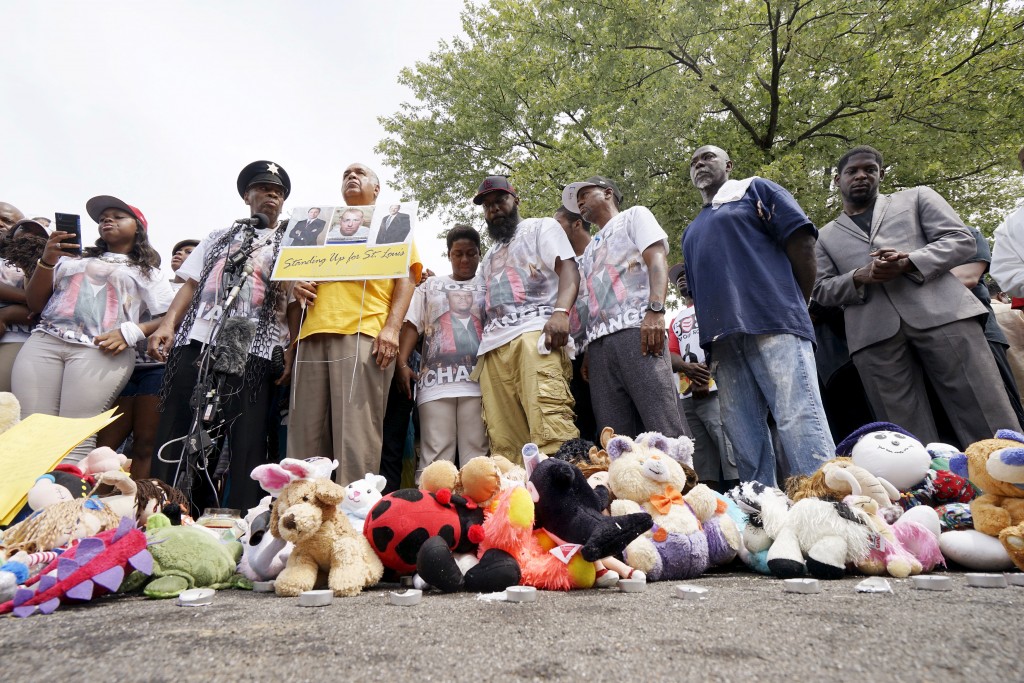 Michael Brown Sr. stands at the spot where his son was killed and hugs his wife Cal Brown during 4-1/2 minutes of silence to mark the one-year anniversary of the killing of his son Michael Brown in Ferguson, Missouri August 9, 2015. Photo by Rick Wilking/Reuters

On Saturday, Brown’s father, Michael Brown Sr., led several hundred people in a march through town, and there were peaceful demonstrations outside the police station,  the site of frequent confrontations between protesters and heavily armed police last year.

In an interview with the BBC, Brown Sr. expressed ongoing sorrow at the loss of his son, tempered by satisfaction with what he saw as progress stemming from the shooting.

“Now ‘Mike Brown’ means to change the world and help other people, with the body cameras, with the police,” he said. “At the end of the day I still lost my boy. I love that some people are getting justice, but the way I feel is I’m still hurting. The family’s still hurting.”

Left: Michael Brown Sr. comforts his wife Cal Brown during a moment of silence to mark the first anniversary of the killing of his son Michael Brown, Ferguson, Missouri, August 9, 2015. Ferguson was the site of several events this weekend in commemoration of Brown’s death. Photo by Rick Wilking/Reuters