First Honduran returned to Guatemala under U.S. asylum accord

GUATEMALA CITY — The United States has begun carrying out a landmark policy shift on asylum that’s a top priority of President Donald Trump, returning a Honduran immigrant to Guatemala to pursue his asylum case.

Guatemala’s Foreign Ministry said Thursday that the Honduran man had reached the U.S. border at El Paso, Texas, but was sent to Guatemala on Thursday.

“We are waiting for the U.S. government to tell us how many people are ready” for return, Degenhart said. 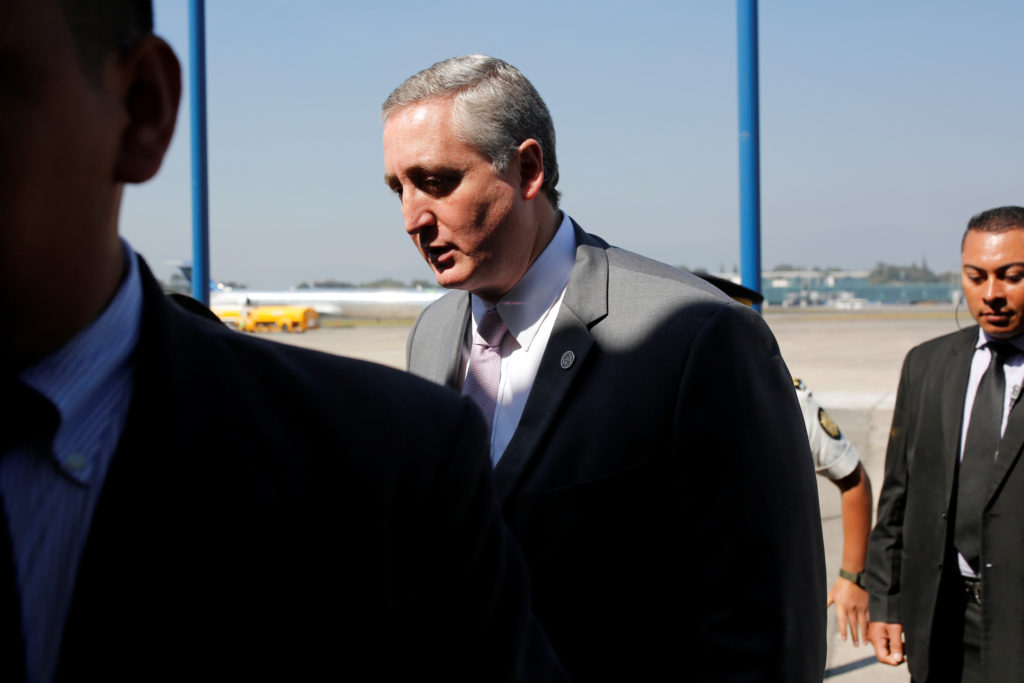 Guatemalan Interior Minister Enrique Degenhart is seen after the arrival of a flight of migrants deported from U.S., at La Aurora International airport in Guatemala City, Guatemala November 21, 2019. Photo by REUTERS/Luis Echeverria

Critics have denounced the policy as inhumane for sending asylum seekers to a country like Guatemala that is plagued by rampant violence and poverty, and there are doubts whether the country can guarantee safe conditions for the migrants. So far this year, 49,000 of Guatemala’s own citizens have been deported from the United States.

The policy is one of several aggressive moves made by the Trump administration to deal with a surge in the number of immigrant families arriving at the U.S.-Mexico border. That includes forcing thousands of asylum seekers to wait in dangerous Mexico border towns for their cases to play out in the U.S. courts. 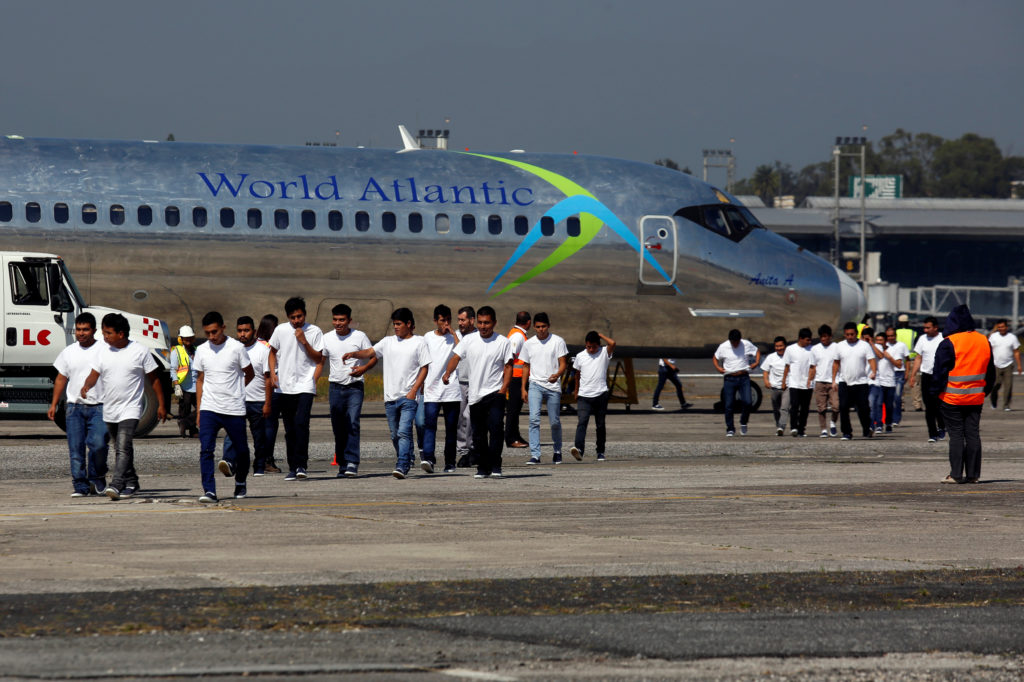 Guatemalan migrants walk on the tarmac after being deported from U.S., at La Aurora International airport in Guatemala City, Guatemala November 21, 2019. Photo by REUTERS/Luis Echeverria

Acting Department of Homeland Security Secretary Chad Wolf said the Trump administration intends to send immigrants from El Paso and possibly other border locations to Guatemala City. He said officials in Guatemala are establishing “reception centers” staffed with asylum officers to process the immigrants returned to the Central American country.

It’s unclear how many immigrants will decide to pursue asylum in Guatemala or just return to their home countries.

Degenhart said migrants are asked what they want to do when they are sent back to Guatemala, and in this case, the unnamed Honduran man changed his mind.

“In this case, the Honduran gentleman has asked for assistance to return to his home country,” Degenhart told reporters.

Left: Guatemalan migrants walk on the tarmac after being deported from U.S., at La Aurora International airport in Guatemala City, Guatemala November 21, 2019. The Honduran man, who was not identified, had reached the U.S. border but was sent to Guatemala Thursday. Photo by REUTERS/Luis Echeverria