NEW YORK — WeWork is slashing nearly 20% of its workforce, embarking on a painful restructuring of its money-losing operation that doomed its stock market debut and left the office-sharing company on the brink of bankruptcy.

WeWork said it has laid off 2,400 of its approximately 12,500 employees to “create a more efficient organization.” The job cuts began weeks ago in regions around the world and continued this week in the U.S, the company said in a statement Thursday.

WeWork said the employees who lost their jobs “are incredibly talented professionals,” but gave no details about which roles were cut.

In an email to employees earlier this week, executive chairman Marcelo Claure said jobs would be eliminated in areas that “do not directly support our core business goals,” referring to WeWork’s main office-leasing operations.

Additionally, about 1,000 cleaning and maintenance jobs in the U.S. and Canada are being outsourced to another firm that will contract the workers back to WeWork for the time being.

The New York-based company is scaling back the explosive growth that put its sleekly designed shared office spaces in 122 cities around the world while racking up massive losses that ultimately put off Wall Street investors and doomed its IPO. 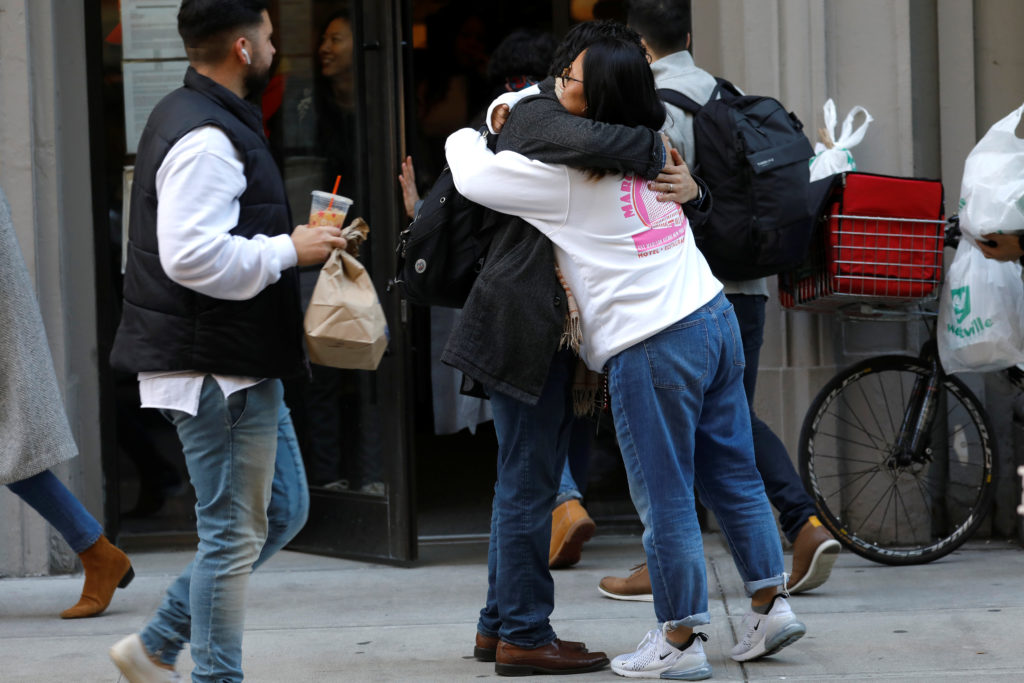 WeWork employees embrace on the sidewalk outside the entrance to the WeWork corporate headquarters in Manhattan, New York, U.S., November 21, 2019. Photo by REUTERS/Mike Segar

WeWork is shedding side business and dumping or scaling back projects started under the grandiose but scattered vision of ousted co-founder Adam Neumann, including a Manhattan elementary school and the shared residential offering WeLive.

Claure plans to lay out a five-year turnaround a plan at company-wide meeting Friday amid employee anger over the mismanagement of a company that until recently had been the darling of the start-up world, valued at $47 billion in private investment round.

WeWork was saved from financial collapse with a $9.5 bailout from Japanese tech conglomerate Softbank, which now owns 80%. That bailout reportedly valued WeWork at around $8 billion, devastating for many employees facing a reduction in the value of their stock options. Resentment grew following a $1.7 billion payout to Neumann, whose controversial corporate governance practices contributed to skepticism in Wall Street about WeWork.

In a letter to management last month, a group of WeWork employees said the unraveling of the IPO revealed “deception, exclusion and selfishness playing out at the company’s highest levels.” The group, calling itself the WeWorkers Coalition, asked that laid off employees be fairly compensated for lost equity, and that those who remain being given a bigger voice in the future of the company.

Of Neumann’s compensation package, the workers said, “we are not asking for this level of graft.” 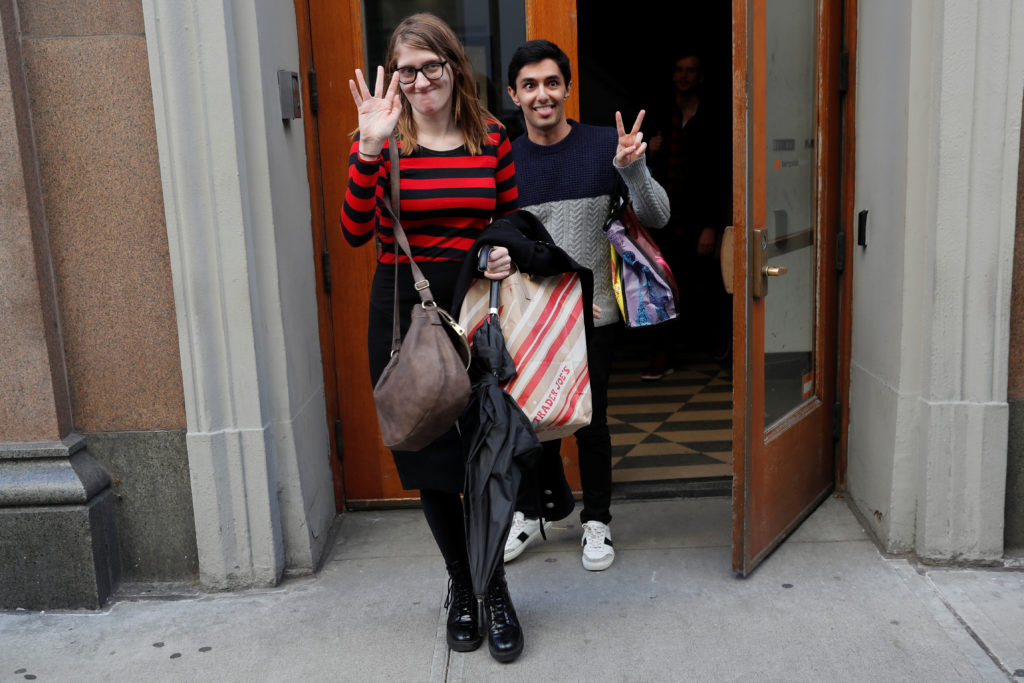 “We are asking to be treated with humanity and dignity so we can continue living life while searching to make a living elsewhere,” the letter said.

About 275 employees are participating in the coalition’s private slack channel, said Alan Friedman, a senior software engineer who started the group with colleagues in New York last month.

In its statement, WeWork said the laid off employees will “receive severance, continued benefits, and other forms of assistance to aid in their career transition.”

Over the weekend, the WeWorkers Coalition raised a number of concerns regarding the future of the cleaning and maintenance employees who are being transferred, including what would happen to their stock options and employer’s contribution to the 401k retirement savings plans for 2019.

WeWork said the employees would receive a one-time lump sum payment equal to what they would have received as a 401k plan for the year, but it remains unclear what will happen to any stock options.

WeWork faces a steep road to transform itself into a self-sustaining operation with a path toward profitability.

Spending ballooned as it geared up toward its doomed IPO, resulting in a record $1.25 billion in losses in the third quarter of 2019, eclipsing $934 million in revenue. It added 103 new office-sharing locations during that time period, meaning it is now saddled with the costs of building out many of those properties.

Left: WeWork said it has laid off 2,400 of its approximately 12,500 employees to “create a more efficient organization.” The job cuts began weeks ago in regions around the world and continued this week in the U.S, the company said in a statement Thursday. Photo by REUTERS/Kate Munsch/File Photo

How these Oregon teachers are fighting back against white nationalism