NEW BERN, N.C. — As the death toll from Florence grew and hundreds of people were pulled from flooded homes, North Carolina braced for catastrophic, widespread river flooding that could be the next stage of a mounting disaster.

Weakened to a tropical depression early Sunday after blowing ashore as a hurricane with 90 mph (145 kph) winds on Friday, Florence was still spinning slowly atop the Carolinas as it pulled warm water from the ocean and hurled it onshore.

The storm’s death toll climbed to 14 when a man drowned after a pickup truck flipped into a drainage ditch along a flooded road in South Carolina. Earlier, authorities said two people died from inhaling carbon monoxide from a generator in their home.

About 740,000 homes and businesses remained without power in the Carolinas, and utilities said some could be out for weeks.

The flooding WILL GET WORSE in many locations across SC, NC and VA. River levels will continue to rise today and early this week. If you live near a body of water, don't let your guard down and follow local evacuation orders! https://t.co/nHwnCyIDa8 pic.twitter.com/oNwHdcQtE4

Radar showed parts of the sprawling storm over six states, but North and South Carolina were in the bull’s-eye. 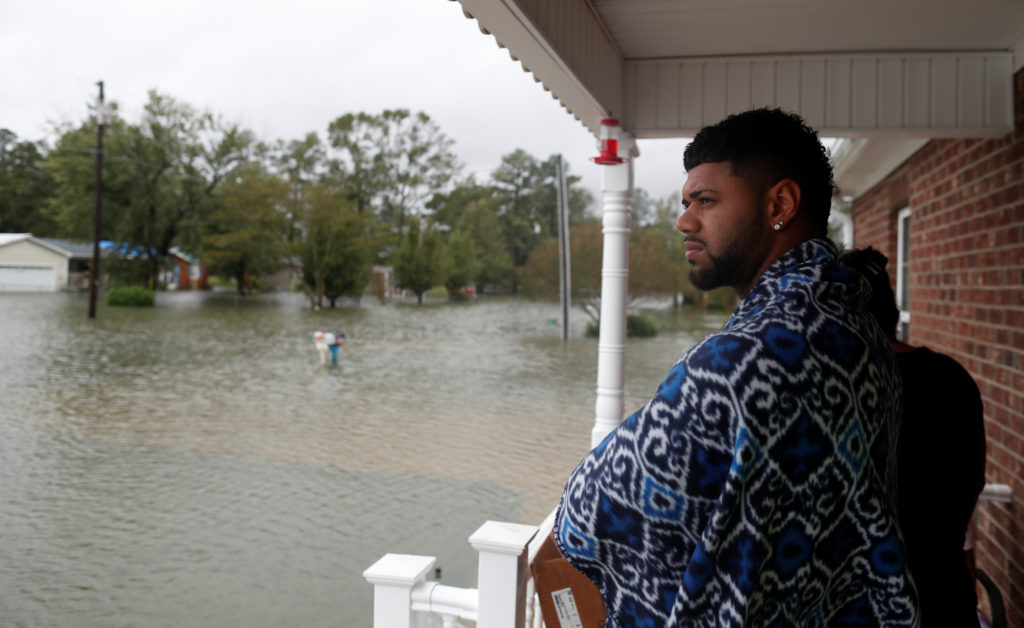 Rivers swelled toward record levels, forecasters said, and thousands of people were ordered to evacuate for fear that the next few days could bring the most destructive round of flooding in North Carolina history.

Stream gauges across the region showed water levels rising steadily, with forecasts calling for rivers to crest Sunday and Monday at or near record levels: The Little River, the Cape Fear, the Lumber, the Neuse, the Waccamaw and the Pee Dee were all projected to burst their banks, possibly flooding nearby communities.

Authorities ordered the immediate evacuation of up to 7,500 people living within a mile (1.6 kilometers) of a stretch of the Cape Fear River and the Little River, about 100 miles (160 kilometers) from the North Carolina coast. The evacuation zone included part of the city of Fayetteville, population 200,000.

The Defense Department said about 13,500 military personnel were assigned to help relief efforts, which could be massive since river forecasts showed major flooding was likely in towns as far as 250 miles inland. 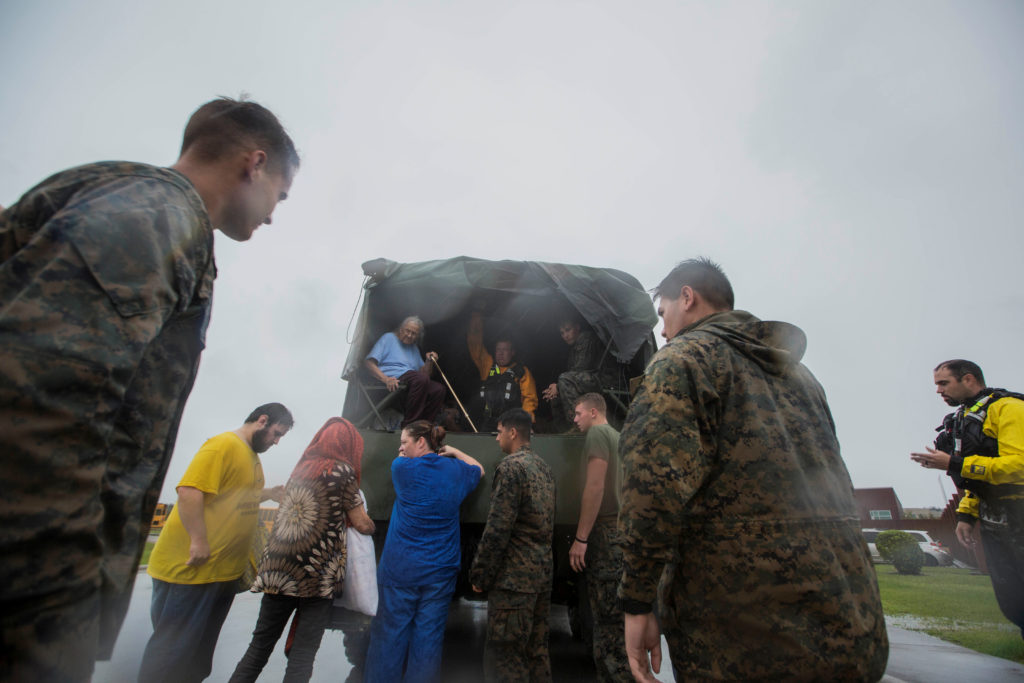 John Rose owns a furniture business with stores less than a mile (1.6 kilometers) from the river. Rain-soaked furniture workers helped him quickly empty more than 1,000 mattresses from a warehouse in a low-lying strip mall.

“It’s the first time we’ve ever had to move anything like this,” Rose said. “If the river rises to the level they say it’s going to, then this warehouse is going to be under water.”

On U.S. Route 401 nearby, rain rose in ditches and around unharvested tobacco crops along the road. Ponds had begun to overflow, and creeks passing under the highway churned with muddy, brown water. Farther along the Cape Fear River, grass and trees lining the banks were partly submerged.

Fayetteville’s city officials, meanwhile, got help from the Nebraska Task Force One search and rescue team to evacuate 140 residents of an assisted-living facility in Fayetteville to a safer location at a church.

Already, more than 2 feet (60 centimeters) of rain has fallen in places, and forecasters are saying there could be an additional 1½ feet (45 centimeters) before Sunday is out.

“Floodwaters are rising, and if you aren’t watching for them, you are risking your life,” Gov. Roy Cooper said.

Officials were warning residents not only to stay off the roads but also to avoid using GPS systems.

“As conditions change, GPS navigation systems are not keeping up with the road closures and are directing people onto roads that are confirmed closed and/or flooded,” the state Transportation Department said on Twitter.

Florence weakened to a tropical depression early Sunday and was crawling west at 8 mph (13 kph). At 5 a.m., the storm was centered about 20 miles (35 kilometers) southwest of Columbia, South Carolina. Its winds were down to 35 mph (55 kph).

In New Bern , along the coast, homes were completely surrounded by water, and rescuers used inflatable boats to reach people Saturday.

Kevin Knox and his family were rescued by boat from their flooded brick home with the help of Army Sgt. Johan Mackie, whose team used a phone app to locate people in distress.

“Amazing. They did awesome,” said Knox, who was stranded with seven others.

Spirits were high at the Trent Park Elementary School in New Bern, where 44-year-old Cathy Yolanda Wright took shelter after being rescued from her flooded home Saturday. Wright, who sings in the choir at Mount Calvary Missionary Baptist, led residents at the shelter in an energetic singalong.

People clapped and shouted, “Amen!” and “Thank you, Lord.”

Across the Trent River from New Bern, Jerry and Jan Andrews returned home after evacuating to find carp flopping in their backyard near the porch stairs.

Coast Guard helicopters took off across the street to rescue stranded people from rooftops and swamped cars.

The Marines rescued about 20 civilians from floodwaters near Camp Lejeune, using Humvees and amphibious assault vehicles, the base reported.

Left: A man walks through flooded streets during the passing of Hurricane Florence in the town of New Bern, North Carolina, on Sept. 14, 2018. Photo by Eduardo Munoz/Reuters