Online harassment is no stranger to headline news. Sexism in the video gaming world has spilled over to Twitter in a #Gamergate frenzy — a conversation that’s been tweeted about over one million times within the past month. And in September, leaked nude photos of celebrities like Jennifer Lawrence created a public outcry over privacy in the online sphere.

In broad trends, the data shows that men are more likely to experience name-calling and embarrassment, while young women are particularly vulnerable to sexual harassment and stalking. 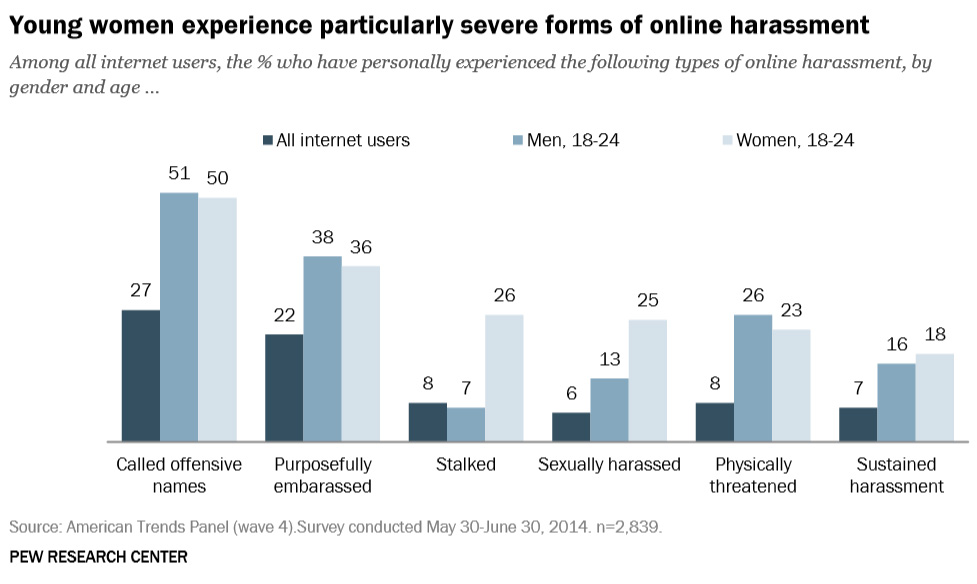 Of those who have experienced online harassment, 60 percent ignored the situation.

We’re asking: Have you been harassed online? Did you confront the person harassing you, or opt to dismiss the situation altogether? Tell us in the comments below.