With an estimated 50,000 people heading to Cleveland for the 2016 Republican National Convention next week and thousands expected to protest, the city’s police force is under renewed scrutiny following last year’s deal with the federal government to reform law enforcement practices.

The consent decree was formed in May 2015 between the United States Department of Justice (DOJ) and Ohio’s second-largest city after decades of complaints lodged by residents over excessive use of force and civil rights violations by members of the Cleveland Police Department.

A DOJ investigation found a pattern of “unnecessary and excessive use of deadly force,” retaliatory force with “Tasers and chemical spray and fists” and the “employment of poor and dangerous tactics,” among a slew of other conclusions.

But many of the stipulations forged in the agreement will not be installed in time for the Republican National Convention (RNC), according to interviews with the DOJ, legal and civil rights organizations and a court-designated independent monitor of the Cleveland Police Department.

“The milestones and the benchmarks are not being met,” said Jacqueline Greene, co-coordinator of the Ohio Chapter of the National Lawyers Guild, and a civil rights attorney. “Therefore it won’t apply during the RNC” 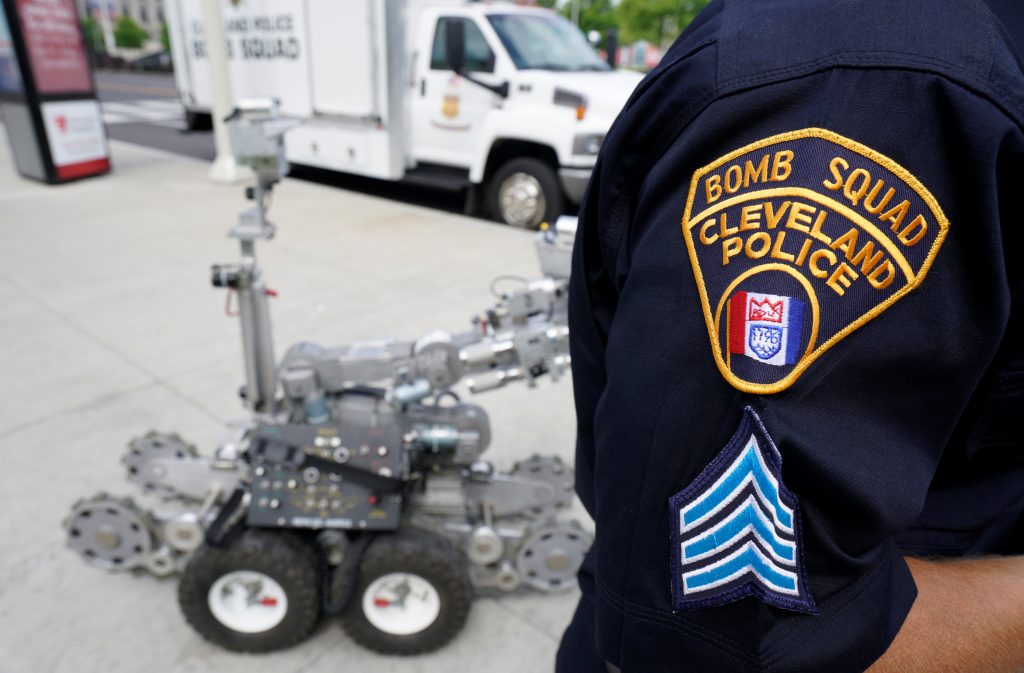 The issues of police abuse in Cleveland were also raised by federal authorities more than a decade ago when the city agreed to voluntary reforms. Reforms were brought to the forefront again between 2012 and 2014 after the police shootings deaths of several unarmed African Americans, including 12-year-old Tamir Rice.

After a federal investigation in 2013, a subsequent consent decree was established between the city and the DOJ, which requires sweeping changes in the police department and lays out hundreds of stipulations, from training and use of firearms and force to community outreach and “bias-free policing.”

A DOJ spokesperson told the NewsHour in an email that the department “would remain actively involved” during the rollout of the court-approved consent decree to amend police practices.

“However, although significant change is currently underway, this process typically takes years due to the thorough nature of the reform,” it read.

A spokesperson for the American Civil Liberties Union of Ohio, Gary Daniels, said the consent decree has been delayed for now “and wouldn’t have been in place fully even without the RNC.”

The timing of the 2016 GOP convention follows recent police shooting deaths of two unarmed black men in Louisiana and Minnesota as well as the deaths of five police officers killed in early July by a lone gunmen, leading to widespread demonstrations across the country.

Advocates are concerned the increased tensions may lead to a crackdown on those demonstrating at the convention, like the kind recently seen in Baton Rouge and St. Paul, where many police officers donned riot gear and in some cases arrested protesters en masse.

Others are concerned Ohio’s open carry laws will leave police under-prepared for demonstrators exercising their Second Amendment rights to bear arms outside of the convention, particularly following the recent shooting incidents of police officers in Dallas.

The union representing many of the 1,500 men and women on Cleveland’s police force has lodged complaints over a lack of resources, with more than 3,000 outside law enforcement members expected to be on hand. The Secret Service will oversee security inside the convention where guns will be banned.

On Sunday, after at least six Louisiana police officers were shot, Cleveland’s police union requested that Ohio Gov. John Kasich declare a state of emergency in order to ban open carry laws during the RNC.

Kasich, however, denied the request because “governors do not have the power to arbitrarily suspend federal and state constitutional rights or state laws as suggested,” according to a statement released by his spokesperson. 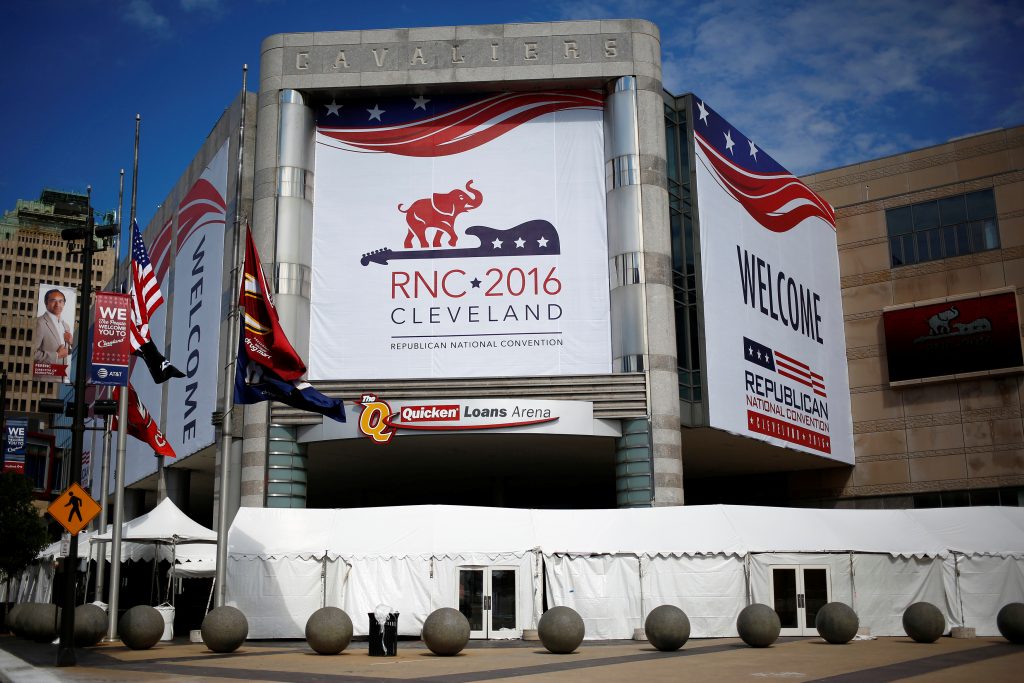 The Quicken Loans Arena is seen as setup continues in advance of the Republican National Convention in Cleveland, Ohio, July 16, 2016. Photo by Aaron P. Bernstein/Reuters

Cleveland received $50 million in federal funding in preparation for the convention. Dan Williams, a spokesperson for the office of Cleveland Mayor Frank G. Jackson, said about 60 percent of the figure was earmarked for “safety and security forces.”

But he declined to discuss security details during the four-day convention to select the country’s Republican presidential nominee or how federal oversight related to the consent decree might play out during the large scale political gathering.

“We’re not talking about security plans,” he said. “We can rest assured that we do have plans and we will use them.”

Greene said the National Lawyers Guild is concerned about the prospect of mass arrests, probable cause issues, crowd control tactics and heavy-handed use of force by police, in a city long-strained by racial tensions.

“Because of that history we’re more concerned about it happening here,” she said. “The reform process is in its infancy. What the consent decree calls for is constitutional policing.”

Matthew Barge, a court-appointed federal monitor in charge of overseeing the agreement in Cleveland since October, said the department has “a long way to go” to meet the demands of the decree, which would take five years to fully implement.

“Strategic kind of work has been underway for some time,” he said. “The decree is definitely focused on the findings in the DOJ report in respect to force.”

Left: Cleveland mounted police officer Abraham Cortes leans on his horse Paco with fellow officer Michael Herrin (R) on Bas during a demonstration of police capabilities near the site of the Republican National Convention July 14, 2016. Police in Cleveland say they aim to avoid mass arrests at the protests planned for next week's Republican National Convention, but the fact that the city's courts are preparing to process up to a 1,000 people a day has some civil rights activists worried. Photo By Rick Wilking/Reuters