HOUSTON (AP) — In one photo, one of 88 men in a cell meant for 41 presses a piece of cardboard against the window, with the word “help.” In another, a man lowers his head and clasps his hands as if in prayer. And in a third, a woman wearing a surgical mask presses both of her hands against the glass.

The images were released Tuesday by U.S. government auditors who visited facilities in South Texas where migrant adults and children who crossed the nearby border with Mexico are processed and detained.

As public outrage grows over the conditions in which thousands of people — some no more than a few months old — are being held by the U.S. government, the report offered new cause for alarm. It quotes one senior government manager as calling the situation “a ticking time bomb.” 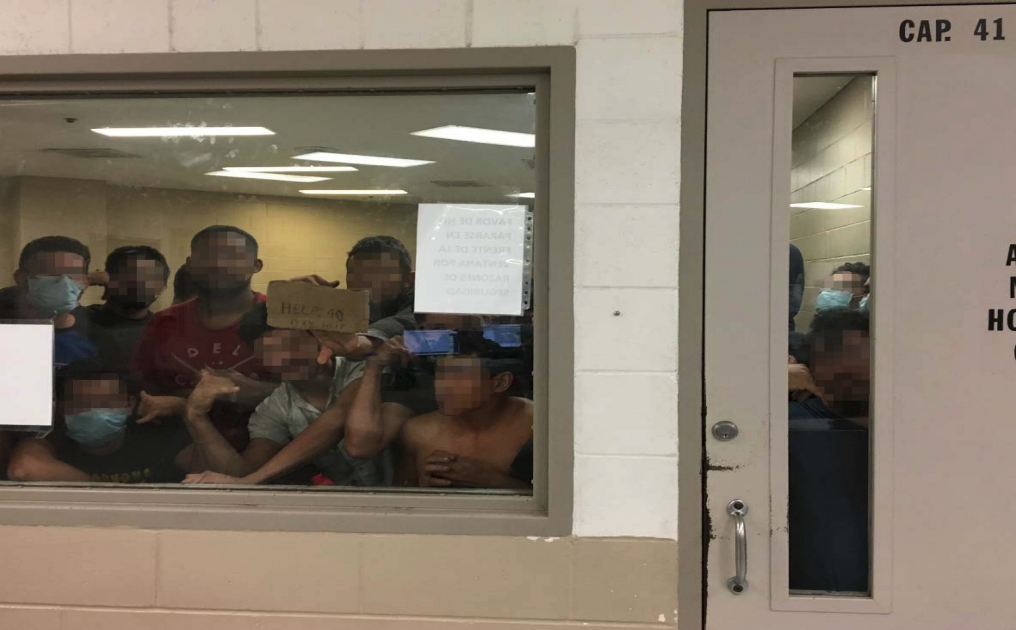 Eighty-eight men are held in a cell with a maximum capacity of 41 at the Border Patrol’s Fort Brown Station in Texas. Photo courtesy: Department of Homeland Security’s Office of the Inspector General

Auditors from the Department of Homeland Security’s inspector general visited five facilities and two ports of entry in South Texas’ Rio Grande Valley, where more people cross the U.S.-Mexico border illegally than any other section. The dangers there were recently illustrated in images shared around the world showing a young father and daughter who drowned trying to cross the Rio Grande and enter the U.S.

In a statement included in the report, DHS blamed “an acute and worsening crisis” and said it had tried to expand detention capacity and improve the conditions under which migrant families are held. DHS did not immediately respond to a request for further comment from The Associated Press. 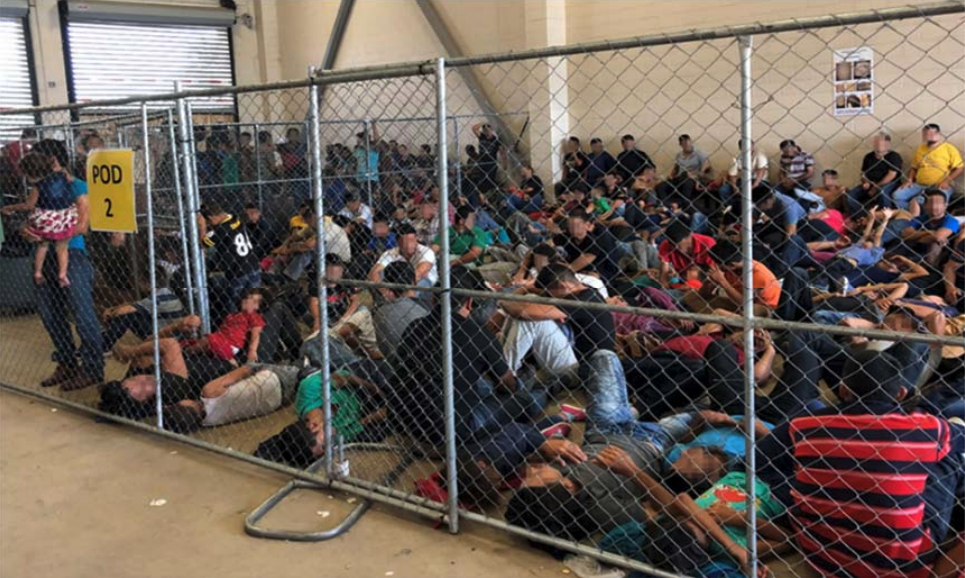 Migrants are crowded into a fenced in area at a Border Patrol facility in McAllen, Texas. Photo courtesy: Department of Homeland Security’s Office of the Inspector General

The report also detailed “security incidents” at multiple facilities, including one case in which detained migrants refused to re-enter their cell after it had been cleaned. People detained have also in some cases clogged toilets with their Mylar blankets and socks in order to be let out of the cells.

The report’s authors recognized “the extraordinary challenges” faced by CBP and credited DHS for trying to more quickly process the children unaccompanied by a parent. Advocates note that many children deemed unaccompanied entered the U.S. with another adult relative such as an aunt or an uncle but were separated. 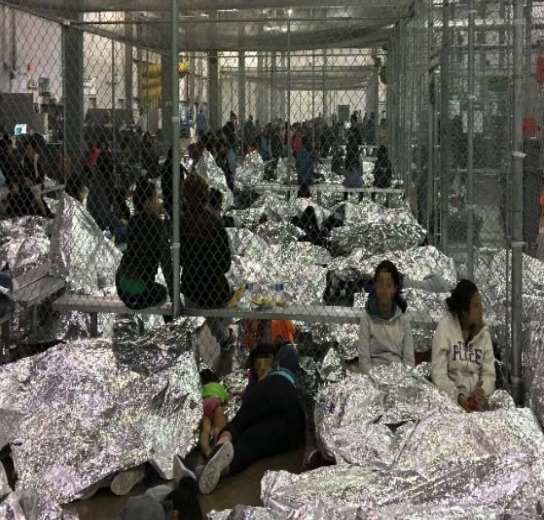 Families are crowded into a section of the Border Patrol’s centralized processing center at McAllen, Texas. Photo courtesy: Department of Homeland Security’s Office of the Inspector General

The report was released a day after a group of Democratic congressmen visited the Border Patrol facility in Clint, Texas, on the other side of the state, where lawyers previously reported some 250 children being detained in squalid conditions.

One of the congressmen, U.S. Rep. Joaquin Castro, alleged that a woman told them she was instructed to drink water from a toilet.

U.S. Rep. Elijah Cummings, a Maryland Democrat who chairs the House Committee on Oversight and Reform, said top Homeland Security leaders would testify before his committee next week on the treatment of migrant children.

“The committee needs to hear directly from the heads of these agencies as soon as possible in light of the almost daily reports of abuse and defiance,” Cummings said in a statement.

Left: Families are seen crowded into a section of the Border Patrol station in Weslaco, Texas. Photo courtesy: Department of Homeland Security's Office of the Inspector General

How conditions in U.S. detention centers can affect children’s health