As the U.S. mourns the victims of its latest mass shooting — 19 elementary school students and two teachers gunned down in Texas — Democratic governors are amplifying their calls for greater restrictions on guns.

Many Republican governors are emphasizing a different solution: more security at schools.

The divide among the nation’s governors mirrors a partisan split that has stymied action in Congress and many state capitols over how best to respond to a record-high number of gun-related deaths in the U.S. The political differences tap deep into the country’s roots, highlighting the tensions between life, liberty and the constitutional rights spelled out in the nation’s founding documents.

After the massacre Tuesday at Robb Elementary School in Uvalde, Texas, The Associated Press asked governors across the U.S. whether they believed their states have an obligation to reduce mass shootings and violence committed with guns and, if so, how to do that.

About half the governor’s offices responded to the AP. There was agreement that they had a responsibility to try to do something. Democrats and Republicans alike mentioned the need to invest in mental health services and training to try to help people potentially prone to a violent outburst.

But the commonality generally ended after that.

Should people younger than 21 be prohibited from buying semi-automatic guns? Should ammunition magazines be limited to no more than 10 bullets?

Pennsylvania Gov. Tom Wolf said he supports limits on both bullet capacities and the purchase of semi-automatic weapons. He rallied Friday with gun-control advocates in Philadelphia while denouncing his state’s Republican-led Legislature for not passing his gun proposals.

“They would rather cave in cravenly to the gun manufacturing lobby than pass commonsense legislation that would keep children from dying,” Wolf said. 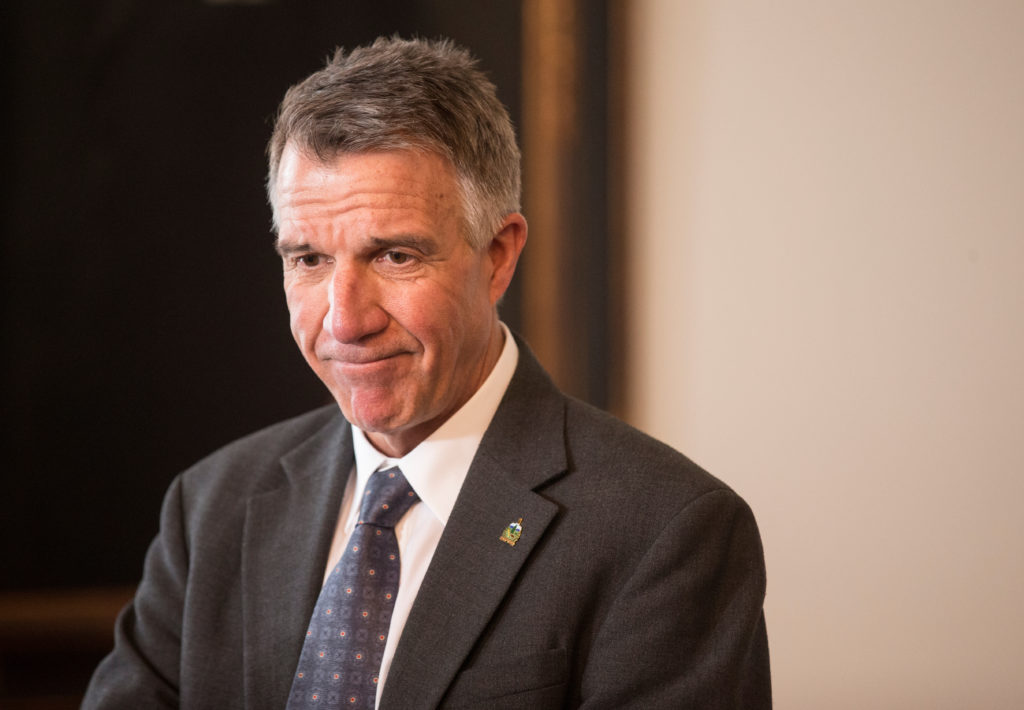 Vermont governor Phil Scott speaks to the press in his offices at the State Legislature in Montpelier, Vermont, U.S., March 13, 2018. REUTERS/Christinne Muschi

Among Republican governors who responded to the AP, only Vermont Gov. Phil Scott expressed support for such gun control efforts. Scott signed a law in 2018 limiting the capacity of firearm magazines and raising the general age to buy guns to 21, with exceptions for 18- to 20-year-olds who undergo a firearms safety course.

Other Republican governors either sidestepped the AP’s questions about specific gun-control measures or said they opposed them. Alaska Gov. Mike Dunleavy was a firm “no” on setting bullet limits or age restrictions that could infringe on constitutional rights.

“Stricter gun laws are not a solution to this problem – we must focus our attention on the status of mental health in our communities,” Dunleavy’s office said in email.

Ohio Gov. Mike DeWine said he would not endorse such gun-control proposals, because he believes they have no chance of passing in the state’s GOP-led Legislature. DeWine, a Republican, instead proposed spending “a significant amount of money” on efforts to ensure schools are protected against potential attacks. He didn’t outline exactly what that security would entail.

Republican governors were more likely to support efforts to strengthen security at schools. The AP asked about proposals to arm teachers and staff with firearms, add security guards or secure schools with such things as metal detectors and fencing.

Though her office didn’t respond to the AP’s survey, Republican Gov. Kristi Noem of South Dakota denounced calls for gun-control as “garbage” and embraced greater school security measures during a speech Friday to the National Rifle Association convention in Houston.

“Why do we protect our banks, our stores and celebrities with armed guards but not our children? Are they not truly our greatest treasure?” Noem said. 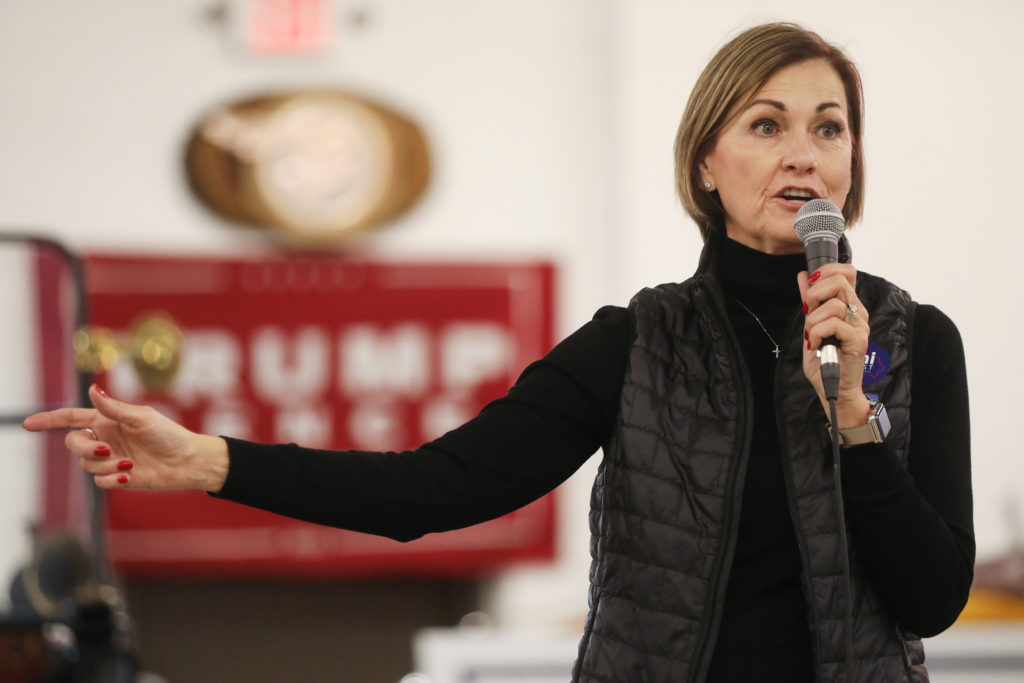 “It’s looking for ways to harden schools, it’s talking about having conversations about state resource officers,” she said, later adding: “Maybe a single entrance into the school system and making sure educators are trained.”

While dismissing proposals to restrict gun ownership, Indiana Gov. Eric Holcomb said the solution is to “focus on the individual problems” and to continue providing grants to schools for security upgrades.

“You might call it hardening them when children are in their classroom,” said Holcomb, a Republican.

Some Democrats also support funding for specially trained police known as school resources officers, or improving the security of buildings. But none of the Democratic governors who responded to the AP’s questions supported arming teachers or staff to deter or stop attacks.

Wisconsin Gov. Tony Evers — a Democrat who is a former teacher, school superintendent and state education chief — said he’s concerned that arming teachers would make schools more dangerous. Placing additional security guards or police at every school building could be both impractical and counterproductive, he said.

“There’s not enough people to do it,” Evers said, “and I’m not sure we want to turn our learning institutions into armed camps.”

Left: Pennsylvania Gov. Tom Wolf speaks at a podium during the press conference. At the Berks County Intermediate Unit in Muhlenberg township Monday morning March 15, 2021 where Pennsylvania Gov. Tom Wolf toured their setup for administering the COVID-19 vaccine to teachers, and then held a press conference outside. (Photo by Ben Hasty/MediaNews Group/Reading Eagle via Getty Images)