In July, the public received the chance to weigh in on a long-debated topic: a policy by the U.S. Food and Drug Administration that bans blood donations from men who have had sex with men in the past year.

Proponents of the deferral say that it lowers the risk of HIV transmission through the blood supply, pointing to higher-than-average rates of HIV infection among gay and bisexual men. Dr. Peter Marks, director of the FDA’s Center for Biologics Evaluation and Research, told the PBS NewsHour that the purpose of the ban was not to discriminate. “I don’t believe it’s discriminatory, because I believe it’s not a policy that’s based on a sexual orientation; it’s based on keeping the blood supply safe,” he said.

But critics of the deferral note that testing technology has improved since the 1980s when the ban was first created. Blood banks can screen for HIV with an accuracy rate of 99.99%, according to the FDA. Some members of the LGBTQ community say that the ban also reflects stigma regarding gay men and HIV.

We asked our readers for their thoughts and if the ban had ever affected them. Here’s what a few of them said.

Prior to coming out as a gay man and entering into a long term relationship, I gave blood regularly. Through high school to my early twenties I know I’d given gallons. Now, coming up on 17 years with the same partner (husband since 2008), I’m still unable to give blood.

I remember as a teenager having blood drawn and the person saying, “Your blood type can help many people.” As a young kid, that made it so easy for me to want to continue to come back and donate. I know if the ban (and especially the stigma) was lifted I would absolutely start giving again along with many other LGBT people.

I work at a leading medical device company that actually designed and manufactures the blood screening tests used across the country. The company even received a presidential award for the impact its blood screening technologies have had on keeping the countries blood supply safe. “I wanted to direct my anger at the lab tech … but I saw that she was pained by the situation as well, and thinking how often she must go through it, I left quietly.”

I started at this company 8.5 years ago and because we had such an important role in keeping the nation’s blood supply safe, I thought I should do my part. Little did I know, as I walked into the donation bus on our very own corporate office lot, that I would be rejected for having had sex with a man.

I understand our technology and it has some of the most powerful tools in detecting very low levels of HIV as well as hepatitis. It is a shame, knowing the sensitivity of the tests available to screen the blood supply for HIV and hepatitis, that decades-old prejudice and fear still shape policy. 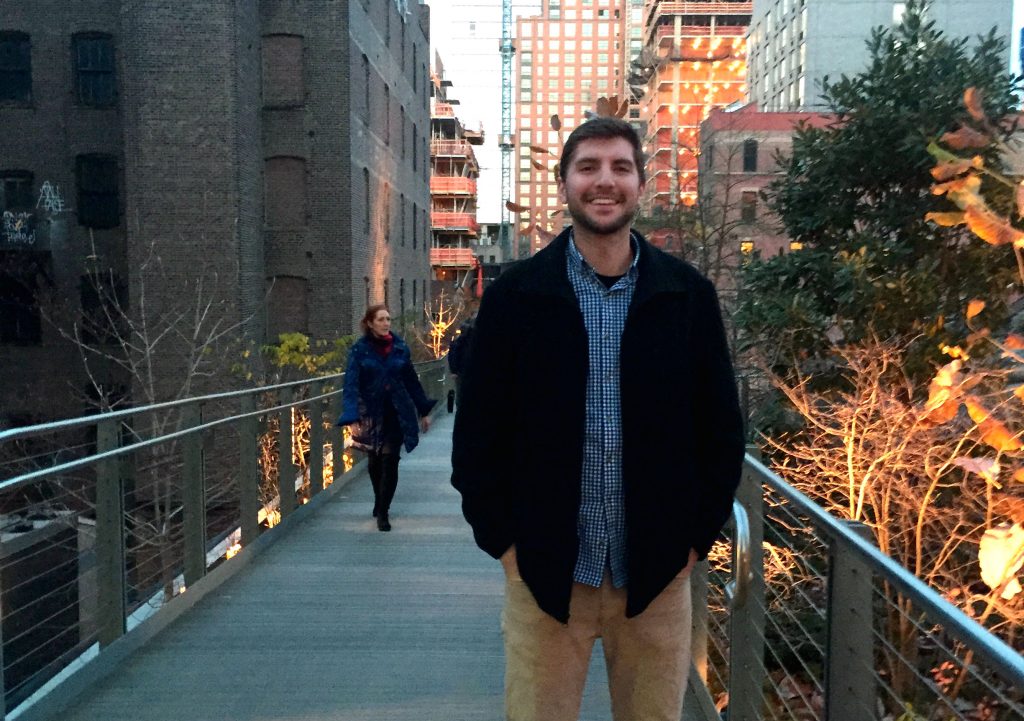 Within the past year I have come out as bisexual and I now fall into the FDA’s MSM category. I used to donate blood frequently but now I am unable to, due to the regulations. I still frequently receive mail and phone calls asking from the Red Cross asking me to donate. Even though I have gotten tested regularly and know my HIV status is negative, I am unable to donate.

Additionally, I am on the Be the Match bone marrow registry. In college I matched a patient with leukemia and went on through the whole process to donate bone marrow. I ended up getting very involved, interning and volunteering with Be the Match, educating others about the process. Due to my newly-embraced sexuality, I am prohibited from donating — even though, having gone through the process and having explained the donation process to hundreds of people, I know that there is basically no way someone who is HIV positive could make it through the screening. Overall, it just makes me frustrated and sad that I can’t participate in blood or bone marrow donation any longer even though I am committed to ensuring that I am a healthy donor.

Although I now choose to lie about my sexual history and identity (answering truthfully and confidently about my sexual health) in order to contribute to what I consider an important civic duty, I was dissuaded for years after an embarrassing interview at a Red Cross drive when I was a college freshman in 2006. Several of my friends within earshot learned this about me in the context of a confession and I was lucky that they joined me in astonishment and anger at the regulation.

I wanted to direct my anger at the lab tech who put my sexuality on trial and denied my donation, but I saw that she was pained by the situation as well, and thinking how often she must go through it, I left quietly. I believe I’m making a better decision today when I answer negatively, but the law and the need for healthy blood like mine make an ethically perfect decision impossible.

After the Pulse massacre, I decided to donate blood for the first time in 48 years. I knew there was a ban on homosexual donations but I do not have HIV and I am on PrEP so I wanted to do my part. I heard there was a temp lift on the ban so I went in. I was turned away. The door to the office I was in was closed and I was told I would need to abstain from sex with the man I am in a relationship for a year and then I would be eligible. I am type O blood and find it incredible that my blood is being turned away because of my genetic predisposition to being attracted to other men.

READ NEXT: Why so many gay and bisexual men can’t donate blood in the U.S.

I’ve never been banned because I’ve always lied about my sexuality and sexual activity. As a gay man who tested every three months, I was confident I was lying for a greater good without putting others at risk. The act of hiding who I am in order to potentially save a life, though, was stressful and shameful. Whenever I wanted to do this good act, I was reminded that, to some people, even my blood was “less than.”

I grew up and attended school from K-12 in a small town of fewer than 1,000 people. I knew from an age when I was young enough to have attraction, but not yet know about sex, that I was solely interested in the same gender. I was a virgin, and didn’t “come out” until I turned 31 for a number of reasons.

When I was a senior in high school, I had my first opportunity to donate blood. I did so proudly, and every time afterward when a blood drive was held. At this stage of my life, I remained almost certain I would never have the chance at sex, as I’d never known a homosexual and figured that would never change. Finally, again I was 31, and whether it was from loneliness or enlightenment, all this changed. The next time I visited a bloodmobile, I had recently been tested for HIV. I tested negative and remain so to this day. When I came to that question, I felt confident in lying and donated. I hated lying though, and have never attempted to donate since.