It is a list of schools and restaurants. It includes an office party, a gambling club, a citizenship class and one military base — and now a nightclub. 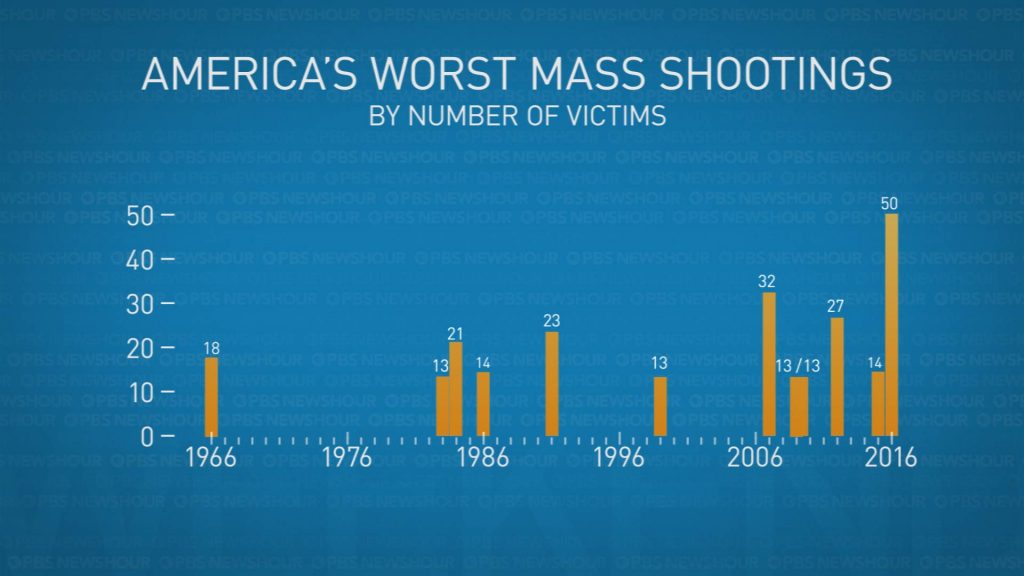 Here is a look at the deadliest mass shootings in modern American history, where they happened, who was responsible and links to more comprehensive coverage of each.

Editor’s Note: These figures denote the number victims of each shooting and do not count the assailant(s) if killed in the attack.

6. University of Texas Tower.  Austin, Texas. 18 killed.  Aug. 1, 1966. Shooter was a student at the university who shot his wife and mother before taking to the tower on campus.

Left: Members of the community reflect as they hold candles during a commemoration and candlelight vigil on the campus of Virginia Tech in Blacksburg, Virginia April 16, 2012. Five years after a mentally ill student gunned down 32 people at Virginia Tech, the university on Monday held classes for the first time on the anniversary of the country's deadliest mass shooting. Photo By Chris Keane/Reuters