California’s worsening drought is putting a strain on the web of rivers and canals that course through the nation’s most populous state and provide drinking water for millions of residents.

As the state’s major reservoirs hit historic lows, regulators are taking steps to protect the water flow of one of the most crucial water resources: the Sacramento-San Joaquin Delta.

Why is it so important? The Sacramento-San Joaquin Delta water system, also known simply as the Delta watershed, helps provide water to two-thirds of the state’s population, irrigation for millions of acres of the state’s agricultural industry and is an ecological habitat for bird and fish species. It spans from the state’s northern border with Oregon, down to a major river interchange located east of the Bay Area in Northern California, where it ultimately pushes water in different directions, including southward through the Central Valley, which produces a quarter of the nation’s food.

Generally, a watershed system is “anywhere where water flows from and to,” said Laura Ramos, programs manager at the California Water Institute at California State University, Fresno. There are many small- to medium-sized river systems in California, but the Sacramento-San Joaquin Delta is the state’s largest, connecting the Sacramento River, which flows southward, with the San Joaquin River, which flows northwest. 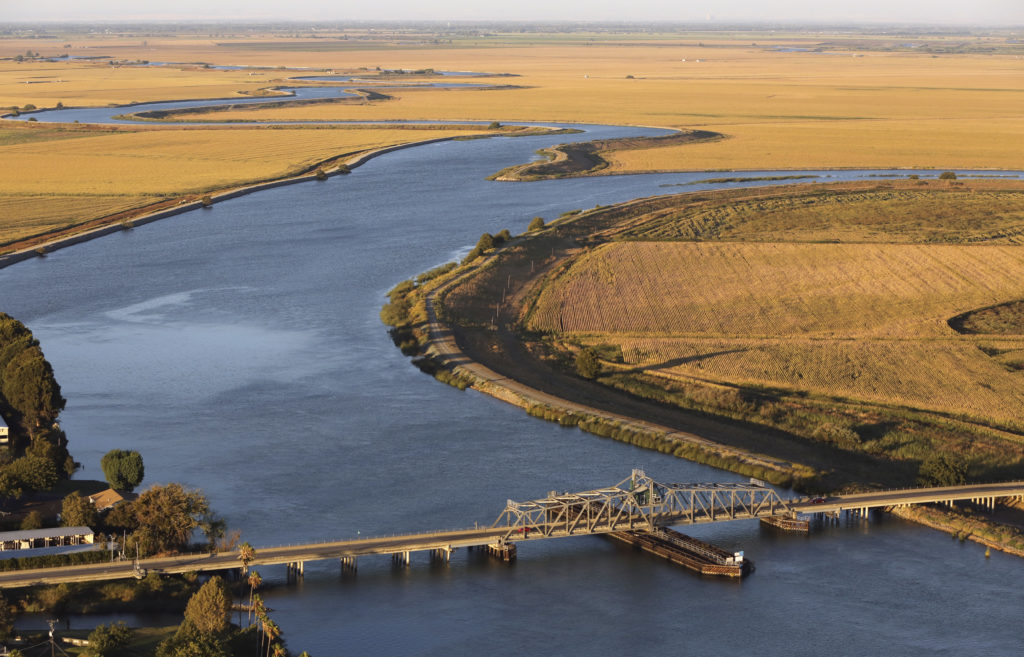 Both rivers take in millions of acre-feet per year of fresh water from the Sierra Nevada mountains. (For scale, a single acre-foot is equivalent to about half an Olympic-size swimming pool.) Where the rivers merge, along with many other channels arriving at the ecological interchange, powerful, human-engineered pumps help move water into different areas.

“We are amazing at moving water around in California,” Ramos said.

The Delta watershed is a critical link in the state’s complex water-distribution system, according to the Water Education Foundation, a nonprofit that educates about the state’s water resources. This water infrastructure has provided a lifeline to farmers, cities and regions that otherwise would not have reliable water dating back to the 1930s.

The Sacramento-San Joaquin Delta also aids two other important water channels. The California Aqueduct, also known as the State Water Project, transports water on the western edge of the San Joaquin Valley toward Southern California. The Central Valley Project, which includes canals like the Friant-Kern canal flowing from the Fresno area to Bakersfield, conveys water along the eastern edge of the Valley. The two arteries are helped by the Delta’s forces, and in turn have turned the Central Valley into a top-producing agricultural region. 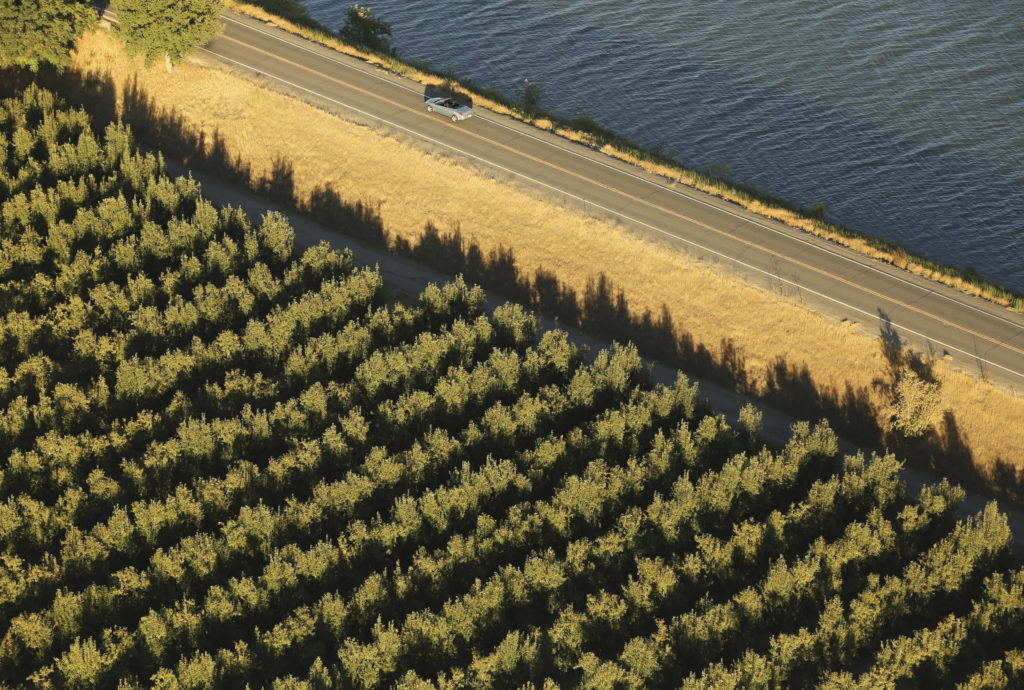 Ensuring that the Delta doesn’t dry up is critical to state officials, Ramos said, because of its importance to bird and fish species and because of its usefulness in providing water to communities and ag operations.

But years of drought and not enough snow or rainfall have caused worry among state officials who are responsible for protecting the watershed’s overall health. In the state’s mostly man-made water system, water drives itself — you just need enough of it.

Tidal waves have pushed saltwater from the Pacific Ocean deeper inland due to rising sea levels and has caused ocean salt to reach more of the water at the Delta’s interchange, threatening the quality. But there are ways of mitigating the problem. State agencies built a rock wall as an added barrier to fend off any salt that may harm the water quality. Fish species like Salmon and Delta Smelt have historically been used as “indicators” that can point to the water’s health based on the species ability to survive in the water, but they are also under stress from the drought conditions impacting the Delta. Officials can also release water from reservoirs that, by adding force, helps to wash away the salt.

The hot and dry period hitting the state yet again, however, has thrown the state’s water officials into a near-panic. A nearly one million-acre-feet deficit of snow this year prompted officials to consider measures to conserve the Delta’s precious water.

On Aug. 3, the California State Water Resources Control Board adopted water curtailment orders limiting how much water can go to thousands of users with water rights. The order, which officially kicked in on Aug. 20, when the State Water Board issued water cutbacks to approximately 4,500 rights holders.

During the curtailment orders, anyone caught taking water from rivers or streams that send water to the Delta could face fines of up to $5,000 per day, according to the State Water Board.

“The concern is now that the reservoirs are reaching critically low storage levels, creating concerns about their ability to continue to meet those salinity control needs — that’s really one of the driving reasons behind these emergency regulations,” said Diane Riddle, assistant deputy director for the Division of Water Rights at the California State Water Resources Control Board. “The curtailments essentially establish when water is not available for a user, so that that water can be protected and meet its intended purpose, to repel salinity from coming in.” 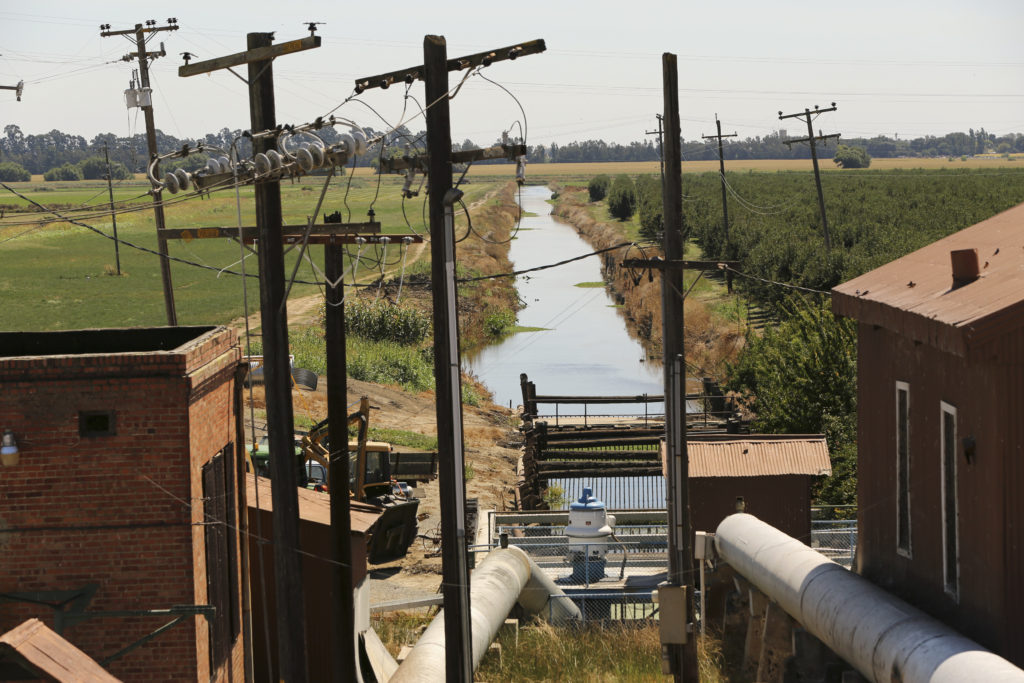 Water is transferred from the Sacramento River through an irrigation station and into farm fields in the Sacramento San Joaquin River Delta near Isleton, California September 4, 2013. REUTERS/Robert Galbraith

The ongoing drought is once again also hitting groundwater hard, since farmers continue to rely on it for irrigation even as they’re tasked with recharging ground aquifers. Groundwater is often referred to as the state’s water “savings account.”

Without California’s state and federal water projects, communities in Northern and Southern California, as well as in the Central Valley, wouldn’t have as much accessible clean water to drink.

The curtailments, Riddle said, are aimed at ensuring that water in the state can actually flow to major population centers like Sacramento and the Bay Area.

“There’s a lot of drinking water supplies that the State Water Project and the Central Valley Project are responsible for providing,” Riddle said. “If their storage levels reach critically low levels, it puts those supplies at risk. It also puts the conveyance system for moving those supplies at risk, with this issue of potentially having the Delta salt up and making water in the Delta unusable for human drinking water and agricultural purposes.”