After killing hundreds of people in Haiti and several in Florida, a weakening Hurricane Matthew churned north off the the state’s coast and hit South Carolina on Saturday, where it continued to inundate coastal areas with floods.

Wind speeds dropped below 85 mph, downgrading the hurricane to Category 1, according to the National Weather Service, but the service still extended a warning for North Carolina, saying that “serious inland flooding” was unfolding. 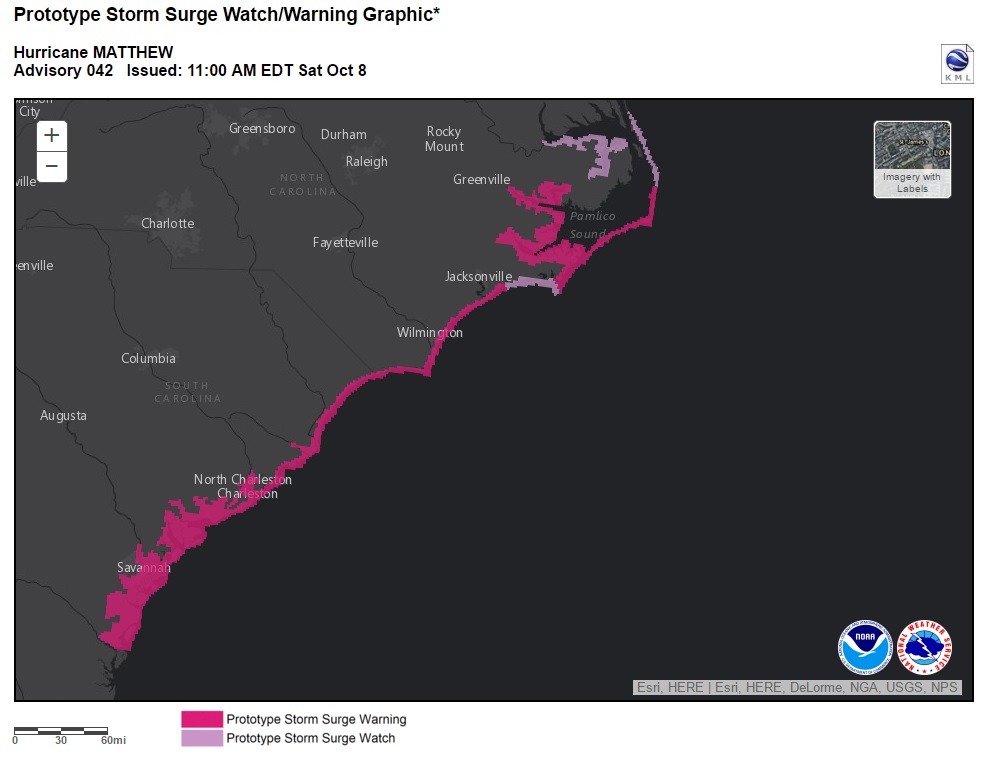 Matthew, the most powerful hurricane to threaten the Eastern Seaboard in a decade, ravaged Haiti’s western peninsula on Tuesday, killing as many as 877 people with torrential rains and winds up to 145 mph, Reuters estimated.

Damage from Hurricane Matthew is seen from the air along the west coast of Haiti, October 6, 2016. Photo by Reuters

Homes were completely demolished, leaving tens of thousands homeless as clinics overflowed with patients whose wounds are still largely untreated. 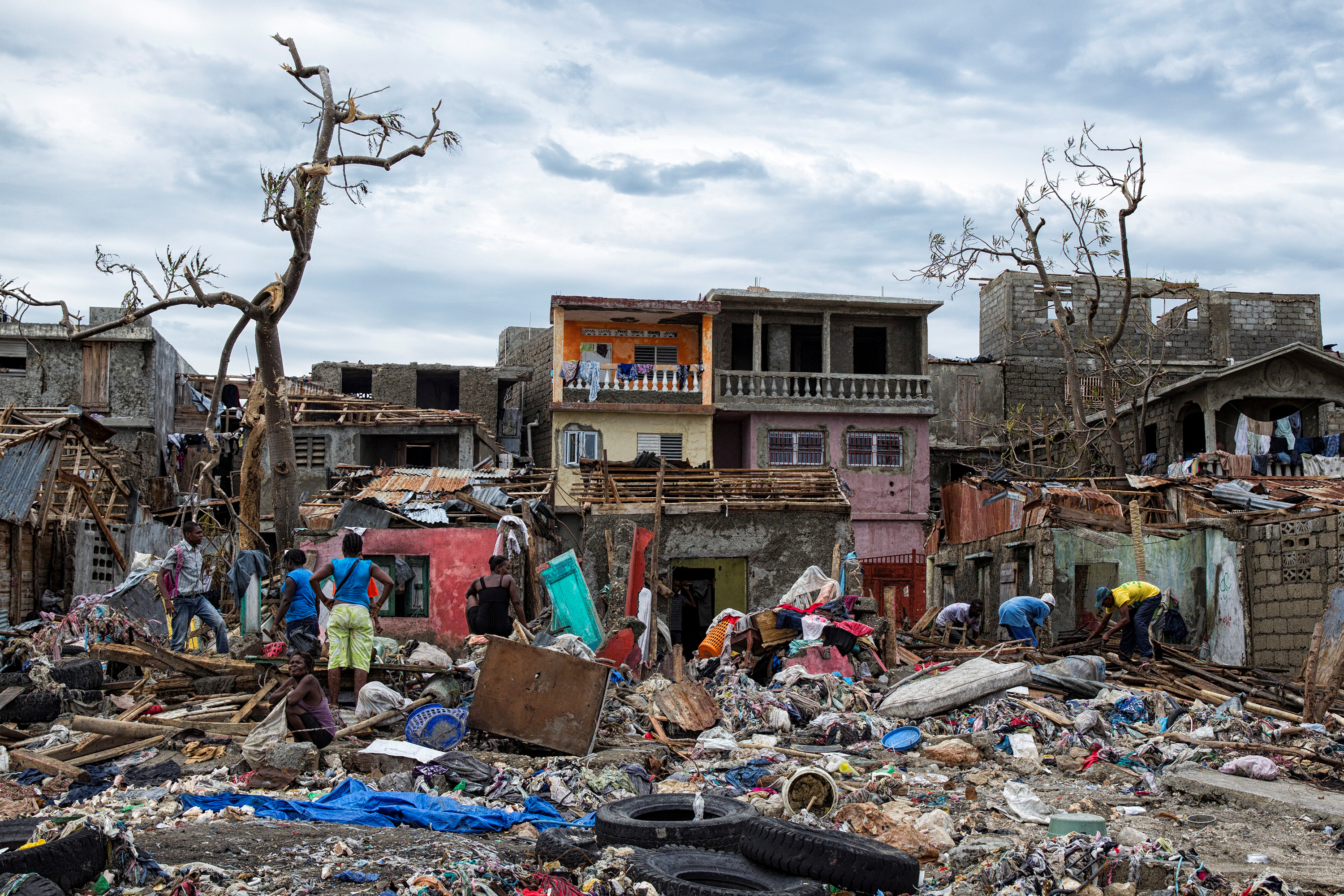 Then, Matthew plowed toward the U.S. as officials warned more than 2 million to evacuate. President Barack Obama declared states of emergencies in Florida, Georgia and South Carolina.

By Thursday night, Matthew had worked its way up to Florida’s eastern coastline. Though it stayed off the coast, Florida officials blamed it for the death of five people, including one woman who had a heart attack but could not be reached.

Responding to reports that the storm was not as bad as anticipated, Obama warned against complacency.

“I just want to emphasize to everybody that this is still a really dangerous hurricane, that the potential for storm surge, flooding, loss of life and severe property damage continues to exist,” he told reporters at the White House on Friday. “Pay attention to what your local officials are telling you. If they tell you to evacuate, you need to get out of there and move to higher ground.”

Florida Gov. Rick Scott said at a news conference on Saturday that more than 6,000 people stayed in shelters on Friday night and more than 878,000 people were left without power. 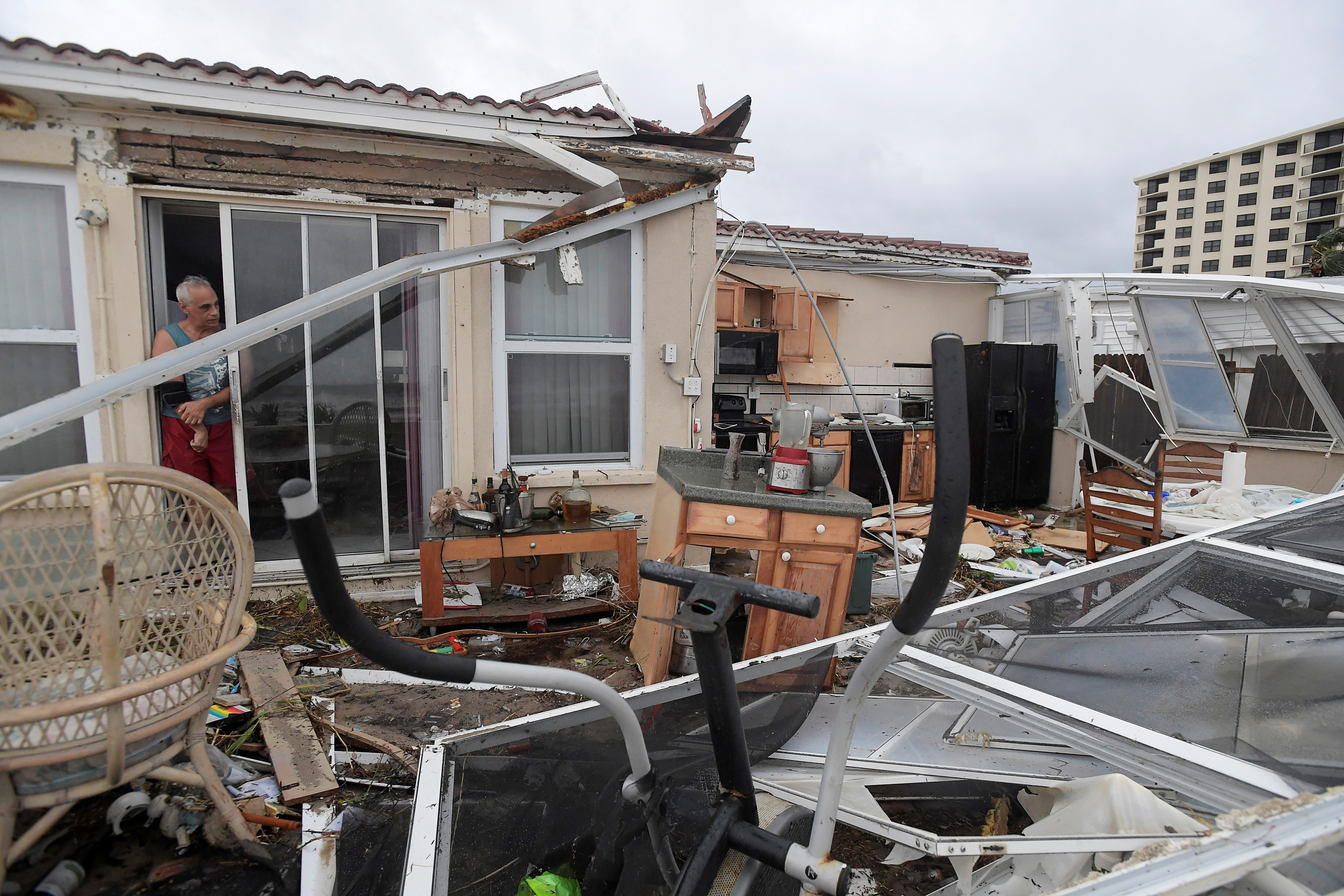 Homeowner Joe Lovece surveys the damage to the kitchen at the back of his oceanfront home after the eye of Hurricane Matthew passed Ormond Beach, Florida, U.S. October 7, 2016. Lovece rode out the storm as waves took away the room at the back of his home. Photo by Phelan Ebenhack/Reuters

“We’re all blessed that Matthew stayed off our coast,” he said, while describing the extensive damage in Florida.

Meanwhile, North Carolina Gov. Pat McCrory warned that the worst is yet to come for his state.

“I cannot stress enough how serious an issue this hurricane could be for North Carolina, not only in damaging structures, but also risking human life,” said McCrory. “Beware that this will be a prolonged event that will not end tomorrow.”