After imam shooting, a Bangladeshi community re-evaluates its relationship with police

Siblings Sharmin Hoque and Shakhawat Saimoon were at a conference for Muslim youth when they heard that the imam of one of their community mosques in New York City had been shot.

They rushed to their neighborhood of Ozone Park, a growing Bangladeshi enclave that has become all too familiar with violence. The attack, which killed 55-year-old Imam Maulama Akonjee and his 64-year-old associate Thara Uddin, hit especially close for them: their home is tucked directly behind Al-Furqan Jame Masjid, where the imam presided. Their cousins lived across the street.

Within hours, the street where the shooting took place, just blocks from the mosque, was crowded with more than 100 community members demanding justice. Among them were Hoque and Saimoon, her younger brother.

The tone of the crying crowd was angry, she said. Part of that rage was fueled by a sense of betrayal.

Residents told the PBS NewsHour Weekend that for years, the local police department, precinct 106, had worked closely with the community to try to stop anti-Muslim attacks before they happened. And community members said they trusted the police, regularly calling on them for help.

After the shootings, however, Hoque said she felt the police and others were reluctant to label Saturday’s shooting a hate crime, even though the local officers knew that hate crimes have taken place in the neighborhood before.

The New York Daily News quoted a police official who said “investigators were looking into the possibility of a botched robbery because one of the men was found carrying several hundred dollars.”

“I really don’t understand where that came from,” Hoque, a masters student at Columbia University, said she first thought upon reading the news. “There was a lot of, ‘There was a robbery,’ ‘Why are you so sure it’s a hate crime?’ It all felt very dismissive of the community’s concerns.”

On Thursday, The New York Times reported that the motive of the crime remains a mystery.

“It’s a bit of a tough one for us to figure out,” Robert K. Boyce, the department’s chief of detectives, told reporters.

The sudden disconnect felt huge, Hoque said. She wondered how the police were missing what the community members saw and felt. 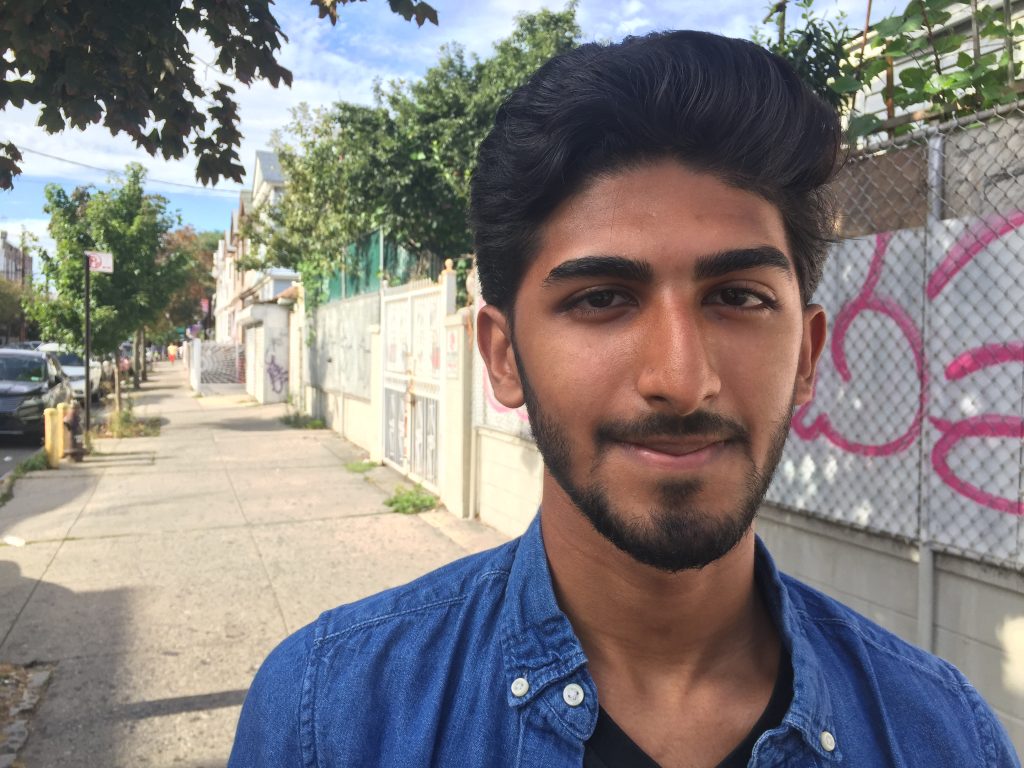 Saturday’s shooting was not the first incident of violence to hit this growing Bangladeshi community, which straddles the border between the New York boroughs of Queens and Brooklyn.

For years, attacks have happened, most frequently during Ramadan, the holiest month of the Islamic calendar, when activity at the five neighborhood mosques peaks. Police bolstered patrolling efforts and stationed officers outside of mosques during the month. For the most part, community members said their presence has been helpful.

But protection during Ramadan is not enough, Hoque said.

“I feel like 106 Precinct is very lazy because they don’t have enough patrolman in our area,” she said. At the rally, Hoque said she witnessed community members, usually on the side of the police, levy similar charges.

While some uneasy neighborhood residents believe the need for more robust policing is greater than ever, some younger community members feel it is time to lessen the community’s dependence on police.

On Wednesday afternoon, the men of Al-Furqan Jame Masjid were gathered in the prayer space, which amounted to little more than two adjoining rooms cooled by an array of three-armed ceiling fans. There, they discussed plans for succession and next steps.

Mohamed Amen, an Egyptian-American police officer in the community affairs bureau, was among the men seated in front of the crowd of 30 men.

During his comments, Officer Amen reiterated that morning’s news: the charges against Oscar Morel, the suspected killer, had been changed from second-degree murder to first-degree murder. If convicted, he explained, the assailant could face life in prison without parole.

Then he addressed the matter of motive. “I can tell you that the hate crimes unit is conducting its own investigation,” he said.

On Thursday, the families of the murdered men gathered on the steps of City Hall to call for justice. Afaf Nasher, the president of the New York chapter of the Council on American Islamic Relations, pushed for a hate crimes investigation.

“I applaud the district attorney for upgrading the charges to murder-one however at the same time, we continuously pursue and push for the investigation of hate crimes,” Nasher said.

Partway through deliberations, some of the men spilled outside. A few approached Officer Amen with questions, most related to the community’s future safety. Amen attempted to answer them all.

When one man, wearing a traditional white thobe, told Amen about mysterious phone calls his wife was receiving at home, Amen said, almost automatically, “No problem, we’ll take care of it.”

Despite the residents’ expectation of constant and personalized policing, Amen is confident that the NYPD can manage the task of keeping this community safe.

“We’re always building good relationships with the Muslim community,” he said. “We’re always in constant communication. Today they welcomed me here. They called me and invited me here.”

He listed a few of the department’s efforts at community outreach and inclusivity, including the Muslim Officers Society and the soccer and cricket matches that they put on for the public.

But he added that expectations are not always realistic.

“It’s not feasible to have a car assigned to every house of worship,” he said, adding that there are thousands of place of worship in New York City, more than 200 of which are mosques. As he talked, a police SUV pulled up to the curb in front of the mosque. 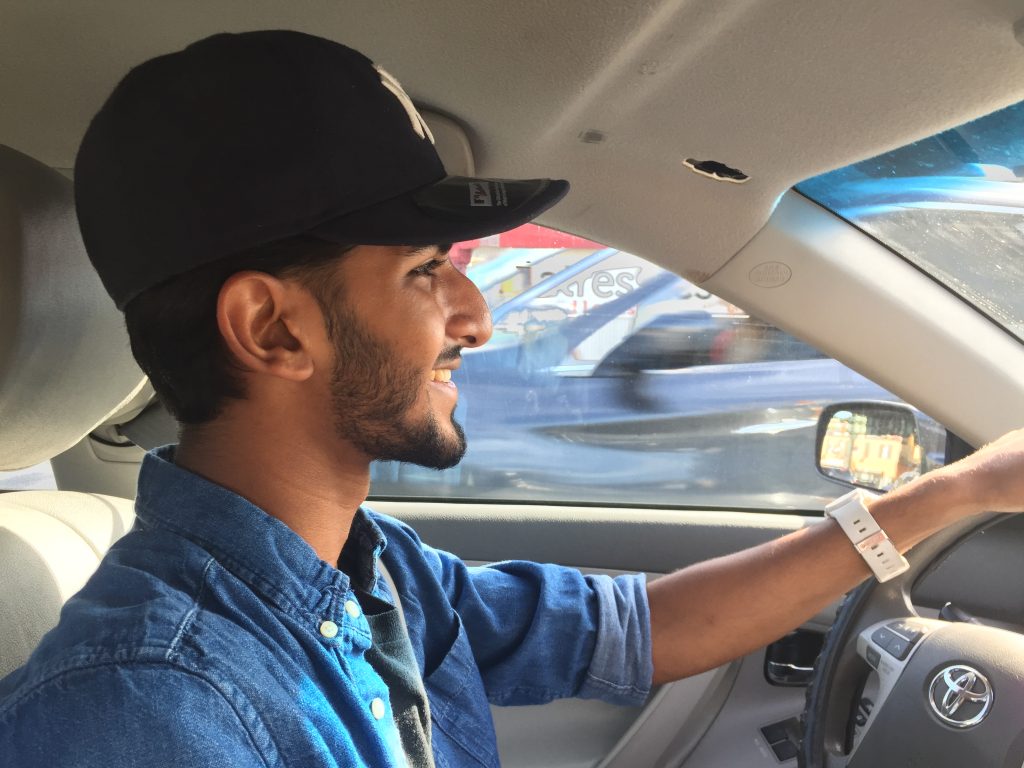 Shakhawat Saimoon, 18, driving around his neighborhood on the border of Brooklyn and Queens, New York, on August 17, 2016. Photo by Omar Etman/PBS NewsHour Weekend

Four years ago, a man was leaving a mosque in East New York, the neighborhood northeast of Ozone Park where Saimoon and Hoque used to live, when a person on a bike launched a brick at his head. The man suffered several facial fractures, Saimoon, who is 18 and about to begin aviation school, said.

When the young community members, feeling unsafe, approached leadership at the mosque about what could be done to prevent future attacks, the reply amounted to a shrug, Saimoon said. Frustrated by inaction, a few neighborhood members founded the Council of Immigrants Rights (CIR), a community organization meant to improve quality of life for residents who may feel under-served.

The group is busiest during Ramadan, Saimoon said, when area mosques call on the organization for extra patrol after Taraweh prayer, which can end as late as midnight. Saimoon said he and the others would often walk women and young people home at night.

Saimoon, who wanted to be a police officer when he was a kid, is proud of his work with CIR.

“I know it made a difference because I know a few kids in the neighbors who would start trouble, but ever since we started that group I haven’t seen them again,” he said.

In the wake of tragedy, Hoque wishes that the community would come together to protect each other.

“I do think that we can definitely channel our anger into being more self-reliant. Even if the NYPD isn’t there, we can be there to protect our own,” she said.

This shift in residents’ thinking comes as the NYPD doubles down on community policing, The New York Times reported. The goal is to get residents “on a first-name basis with the officers who patrol their neighborhoods and even having their cellphone numbers…to work together to solve percolating issues before they grow into bigger crimes,” according to the paper.

As the bustle outside the mosque settled on Wednesday afternoon, the man who was receiving mysterious phone calls emerged from inside with two plastic water bottles in hand. He offered them to the officers posted out front.

Officer Amen nearly jumped up. “See! See! This is what I’m talking about,” he said, gesturing to the exchange. “Positive community relationship!”

Moments later, he walked off with the man. They were headed to his house, just a few blocks away. 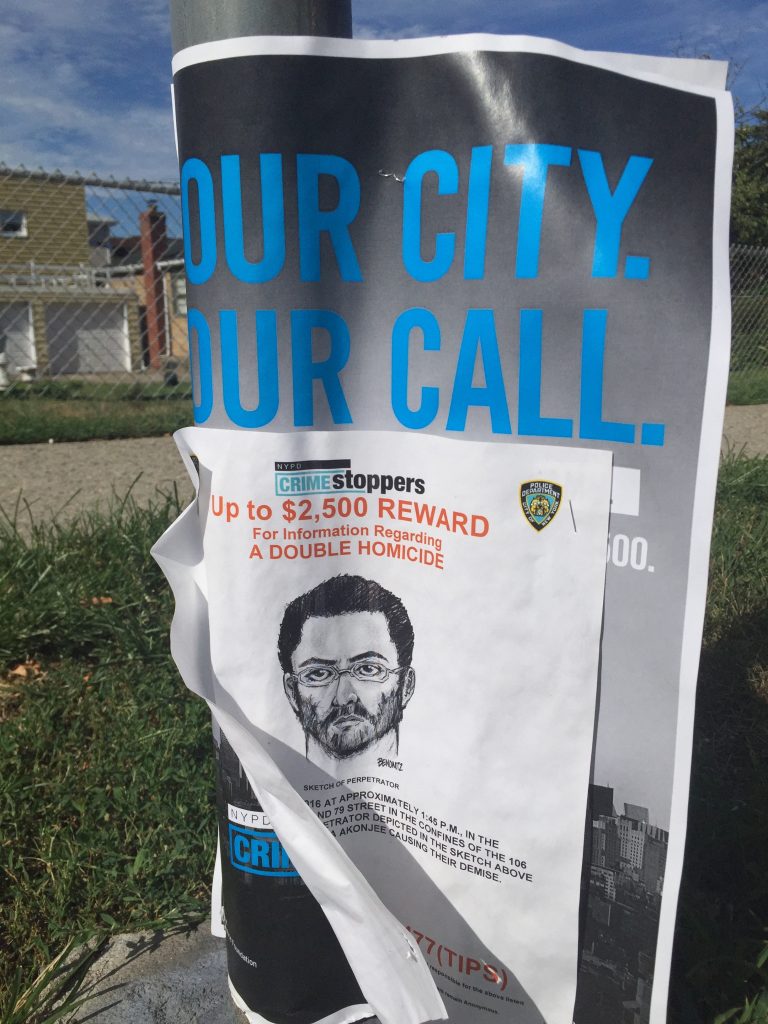 A wanted poster for the suspected killer, who has since been brought into custody and charged with first-degree murder, in Queens, New York, on August 17, 2016. Photo by Omar Etman/PBS NewsHour Weekend 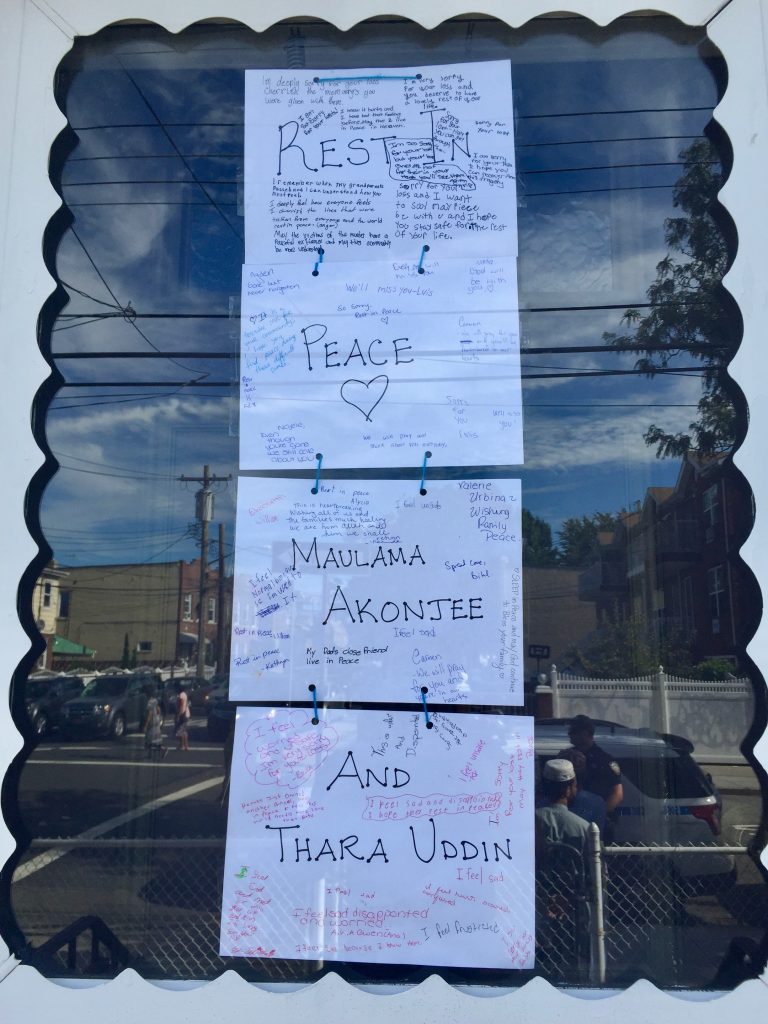 Signs made by students at a nearby school were placed on the side door to Al-Furqan Jame Masjid in Queens, New York, on August 17, 2016. Photo by Omar Etman/PBS NewsHour Weekend 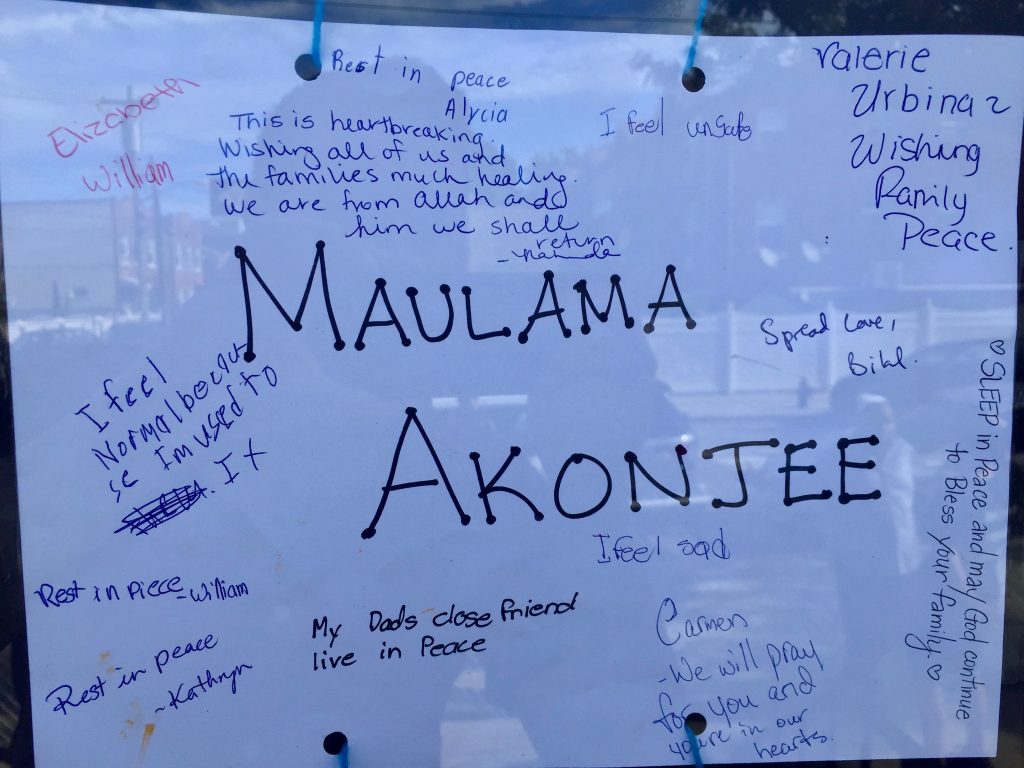 Students from a nearby school left notes for the murdered men in Queens, New York, on August 17, 2016. Photo by Omar Etman/PBS NewsHour Weekend