The attorney for Christine Blasey Ford, the woman who accused Supreme Court nominee Brett Kavanaugh of sexually assaulting her when they were in high school, said Thursday it remains her “strong preference” that “a full investigation” by the FBI occur before she testifies before Congress.

President Donald Trump and his fellow Republicans have rejected the idea. Sen. Orrin Hatch, R-Utah, who sits on the Judiciary Committee overseeing Kavanaugh’s nomination, tweeted: “The FBI does not do investigations like this. The responsibility falls to us.”

But 27 years ago, when Anita Hill accused then-Supreme Court nominee Clarence Thomas of sexual harassment, the FBI investigated her claims, interviewed witnesses and completed its report in just two days.

Here’s some background on how this kind of FBI investigation usually works.

Can the FBI investigate Ford’s claims against Kavanaugh?

Yes, but only if the bureau is asked to do so by the White House. This wouldn’t be a traditional criminal investigation, but rather a continuation of Kavanaugh’s background check, which the FBI did to help the Trump administration assess Kavanaugh’s fitness for the Supreme Court. (Kavanaugh has undergone a total of six FBI background checks over the years for work in the White House and his current position as federal judge on the D.C. Circuit Court of Appeals).

READ MORE: How the sexual assault accusation against Kavanaugh unfolded, in one timeline

Back when Hill’s allegations against Thomas first appeared, White House Counsel C. Boyden Gray requested the FBI reopen Thomas’ background check. “We did ask the FBI to do this quickly because we didn’t know at the time what the surrounding issues were,” Gray said in an interview.

Despite now claiming this isn’t a job for the bureau, back in 1991, Hatch was in fact very supportive of the FBI’s probe into Hill’s claims. At the time he described it as “the very right thing to do. It was the appropriate thing to do.”

How long do these kind of investigations take?

It all depends on the number of witnesses and leads to follow. The Hill probe took just two days, but a more complicated investigation could take longer.

Sen. Lindsey Graham, R-S.C., argued Democrats were calling for an FBI investigation in order to draw out Kavanaugh’s confirmation process. Calls for an FBI probe aren’t about “finding the truth, but delaying the process,” Graham wrote on Twitter Wednesday. Graham and other Republicans have insisted on holding a hearing on the allegations Monday.

“Nothing the F.B.I. or any other investigator does would have any bearing on what Dr. Ford tells the committee, so there is no reason for any further delay,” Sen. Chuck Grassley, R-Iowa, the chairman of the Senate Judiciary Committee, said in a statement this week. 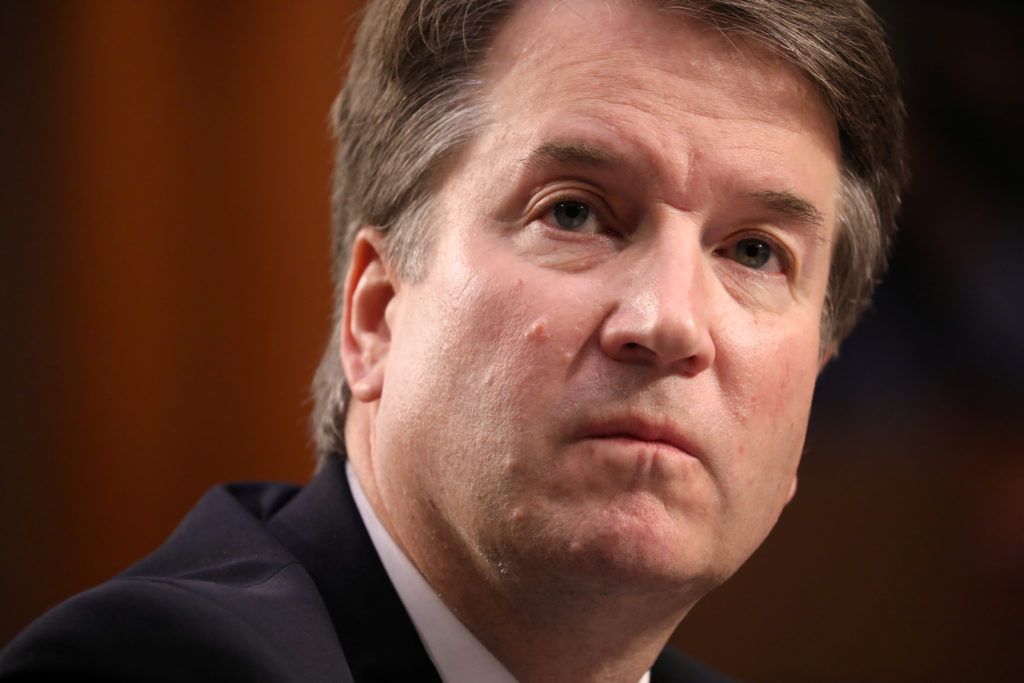 Ford’s lawyers have rejected the Judiciary Committee’s Monday deadline, according to a report in the New York Times. In a letter, the contents of which were confirmed by the NewsHour, the attorneys said Monday’s proposed hearing “is not possible and the Committee’s insistence that it occur then is arbitrary in any event.”

In a phone interview, Janet Napolitano, a former secretary of the Department of Homeland Security who served on Hill’s legal team in the early 1990s, argued that Republicans were simply trying to fast-track Kavanaugh onto the court.

“The deadlines are totally self created. There’s nothing to preclude this taking several weeks to more thoroughly examine the facts around this case,” said Napolitano, who is now the president of the University of California system.

What would an FBI investigation look into, exactly?

Ford alleges that, at a house party in Maryland in 1982, an inebriated Kavanaugh pinned her down on an upstairs bed, groped her and tried to forcibly strip off her clothes. At the time of the alleged sexaul assault, Kavanaugh was 17 and Ford was 15, she said.

When she tried to scream, Ford alleges Kavanaugh covered her mouth with his hand, making her fear for her life. She claims that another drunken teenager, Mark Judge, was also in the room egging on Kavanaugh. Both Kavanaugh and Judge have categorically denied Ford’s accusation.

Kavanaugh has put out repeated statements through the White House denying the allegation. Hatch also told reporters that Kavanaugh told him he was not at the party where Ford claims the assault took place, though it’s unclear how Kavanaugh would know that given Ford hasn’t provided many details about the party, such as where it was held.

Former FBI Special Agent Frank Montoya said there’s nothing off limits for the FBI to investigate, if the bureau was asked to look into the allegation.

“They could do as many interviews as they deemed necessary,” Montoya wrote in an email. In addition to interviewing Kavanaugh, Montoya said “at a bare minimum, they would talk to Dr. Ford and should talk to Mark Judge, because he is a known participant.”

Republicans have claimed an FBI probe wouldn’t reveal any new information, since the bureau doesn’t render “judgement” on evidence. Is that true?

This is a point that many Republicans have made in recent days, including Gray, the former White House counsel. Unlike the Hill case, Gray said, the current accusations and denials are all on the record.

“The FBI wouldn’t get any more than what’s already been made public,” Gray said. Ford “has already addressed what the FBI would ask her about. The FBI doesn’t investigate the claims, doesn’t weigh them, doesn’t make recommendations.”

But Ford’s supporters, like Napolitano, argue there’s plenty more for the FBI to investigate. The bureau, Napolitano said, “could go back and interview classmates. They could try to ID others who were at this party. They could interview the therapist who [Ford] disclosed this to.” 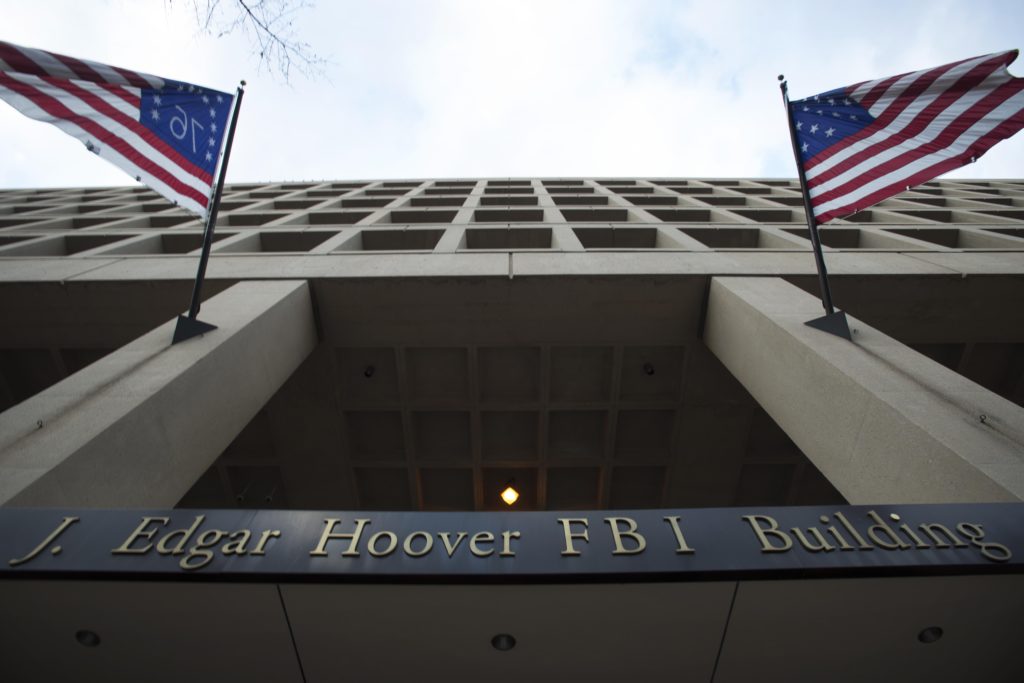 Republicans have pushed back on Democrats calling for the FBI to investigate Christine Blasey Ford’s allegations. (Photo by Bonnie Jo Mount/The Washington Post via Getty Images)

“There’s a lot they could do to — if not totally resolve this — at least provide a more factual sense of what happened,” Napolitano added.

The Justice Department said in a statement Monday that the focus of the FBI’s background check is to determine if a nominee could pose a national security risk. It’s not the bureau’s role to “make any judgment about the credibility or significance of any allegation.”

The DOJ added that Ford’s allegation “does not involve any potential federal crime,” so it’s unlikely Kavanaugh would face criminal charges at the federal level.

Charges at the state level appear unlikely, too, because the criminal statute of limitations for the type of offense Ford alleged has likely expired. The actions she described appear to constitute a misdemeanor offense in Maryland, the state where Ford alleges the attack took place.

It comes down to the White House. Right now, all the signals are that Trump has no interest in involving the FBI in this matter. “It would seem that the FBI really doesn’t do that,” the president told reporters Wednesday. “They’ve investigated [Judge Kavanaugh] about six times before, and it seems they really don’t do that.”

For her part, Hill, who now teaches law at Brandeis University, fully supports Ford and a reopened investigation. As she told NewsHour anchor Judy Woodruff on Wednesday, “My belief is that, without an investigation, there cannot be an effective hearing.”

Senate Democrats on the Judiciary Committee sent a letter Thursday to FBI Director Christopher Wray asking the bureau to investigate “potential federal crimes” against Ford, who has reportedly received death threats since going public with her allegations. (The U.S. Marshals Service announced Thursday night it was also investigating threats against Kavanaugh and his family.)

“We are increasingly concerned by reports of alleged death threats against her, the hacking of her email, and harassment and intimidation she has faced since being forced into the spotlight late last week,” the letter said.