‘It’s pervasive, it’s every day’ — How a history of sexism in the airline industry echoes today

Sara Nelson said she got her initial lesson on sexism in the airline industry during one of her first days on the job, when a fellow flight attendant told her, ”No one is going to have respect for you other than your other flying partners. The management here thinks of you as their wives or their mistresses, and they hold you in contempt.”

It was 1996, and a movement for women’s rights in the industry had already been ongoing for decades. In the years since then, Nelson — now the president of the Association of Flight Attendants, a union that represents about 50,000 flight attendants — said she and others in the profession have experienced sexual harassment and assault while flying but she has never received standardized guidance from airlines on how to report it.

“In the past several months I’ve talked with flight attendants about what their experience is,” she told NewsHour Weekend. “Are they still experiencing this sexism on the job and — or — sexual harassment, and even sexual assault? And every single one of them says at one point or another, ‘Yes,’ they have. And almost every single day, to different degrees.”

Nelson began her 22-year career as a United Airlines flight attendant before climbing the ranks as a union representative for the Association of Flight Attendants to her current role as president.

She said this treatment has been influenced by decades-old public perceptions of flight attendants, once called stewardesses, that were perpetuated by the airline industry through advertisements and revealing uniforms that emerged in the 1960s. She said a lack of clear standards about what to do when a flight attendant is sexually harassed exacerbates the problem.

“Flight attendants have had to face being defined as sex objects on the job,” she said. “There was a time when there were ads that were things like, ‘I’m Cheryl, fly me,’ or, ‘I’m Amber, fly me all the way to Mexico,’ and hot pants and go-go boots. And that was the image to the public. And that was what we had to face when people came to the door of the airplane.” 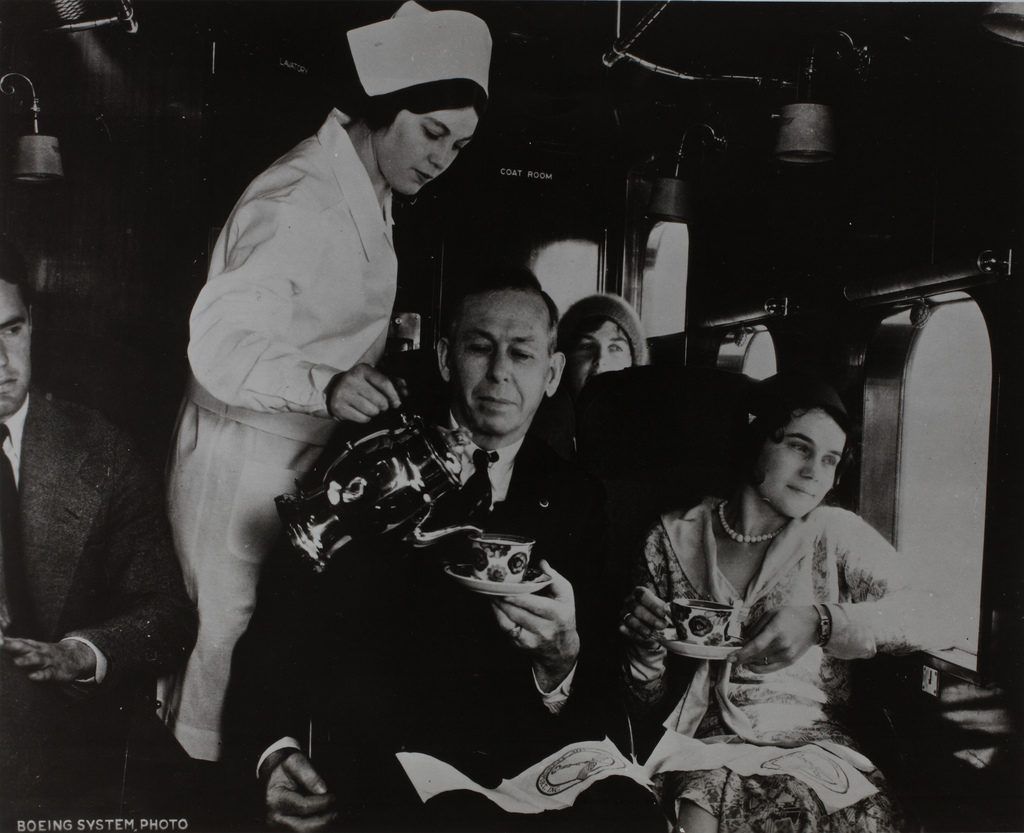 Kathleen Barry, author of “Femininity in Flight: A History of Flight Attendants,” documented the evolution of flight attendants as well as their sexualization. The first female flight attendants began working on airplanes in 1930 and for the first several years often wore uniforms similar to nurse outfits before the industry moved on to other modest, customized attire. But over time, they were increasingly seen as sex objects.

“In the late 60s and early 70s you also had this moment where flight attendants, having worn tailored service suits for decades, are suddenly wearing hot pants and miniskirts,” she said.“They’re presented as a certain kind of female and implicitly as a potential bride or girlfriend.”

For many years passengers were predominantly affluent males, and flight attendants were seen as a model of “domesticity and femininity” that helped passengers feel at home, she said.

“Airlines presented them as being kind of available to passengers for service in a very broad sense and take a pretty strong the customer-is-always-right approach over the years, less so in recent decades but for a long time,” Barry said.

This sexualization of female flight attendants also led them to organize and push back against sexist airline rules like banning them from getting married and, in some cases, requiring them to retire from their positions in their early- to mid-thirties, Barry said.

The first flight attendants’ union formed as the Airlines Stewardesses Association in 1945 when members began advocating for better working hours and pay, according to the AFA.

They helped form Stewardesses for Women’s Rights, a non-union group that organized against discriminatory practices within the airline industry and connected other flight attendants to lawyers who could represent their cause. A year later, they organized the first women’s rights conference for flight attendants, which was attended by feminist icon Gloria Steinem.

In 1973, the modern incarnation of the Association of Flight Attendants was formed after several union groups merged, and in the coming years the AFA won several more court battles over the airlines, securing equal pay from Northwest Airlines and launching challenges against rules prohibiting pregnant women from working.

In 1986, United Airlines settled a $33 million class-action lawsuit with hundreds of former flight attendants who lost their jobs in the 1960s because of the company’s no-marriage rule, which was specific to women and later found to violate the Civil Rights Act of 1964.

The law also allowed flight attendants to begin court challenges on weight restrictions and some airlines’ requirement that female flight attendants retire in their mid-thirties, which was criticized by the Equal Employment Opportunity Commission in 1968. 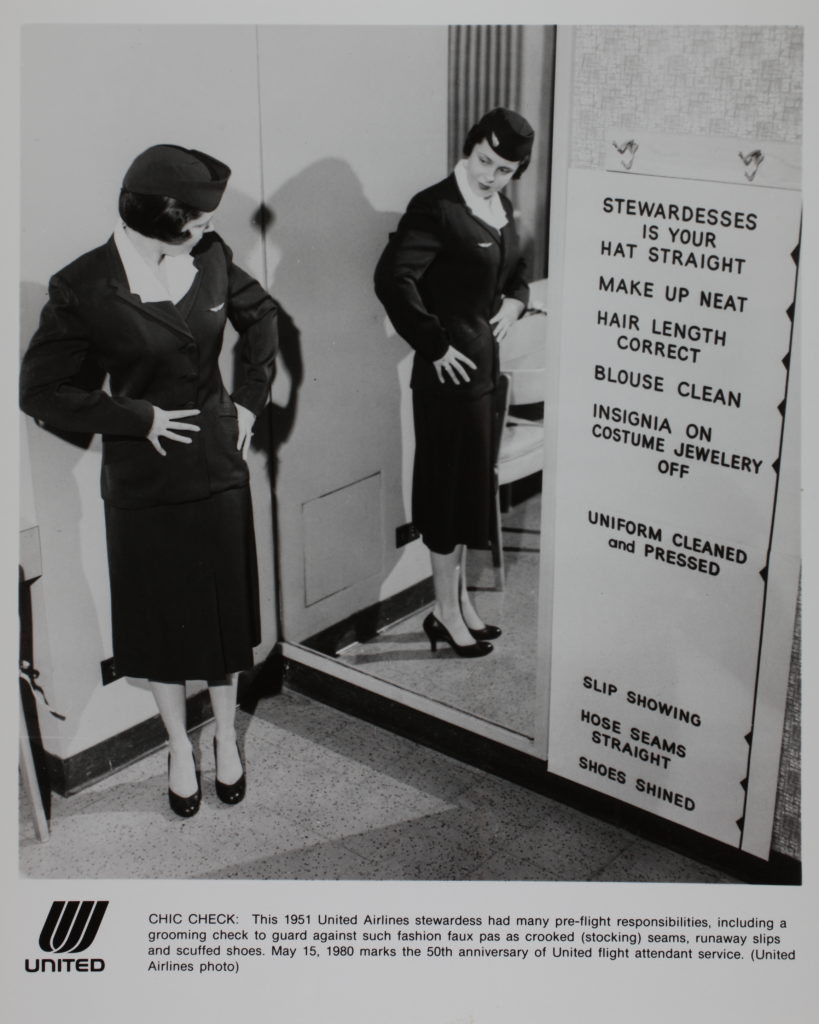 A United Airlines flight attendant is shown preparing to board a flight in 1951. Photo courtesy of San Diego Air and Space Museum Archive.

Nelson said flight attendants have also had to work to gain recognition for their roles as first responders and safety professionals, with extensive training and certification now granted through the Federal Aviation Administration.

But decades later, as those court victories have accrued, Nelson said airlines have to yet to find a standardized process to address sexual assaults on flight attendants even as some airlines begin to respond.

But most airlines have “not included this specifically in the training for flight attendants, identified it, called it out or sponsored any sort of discussion around that,” Nelson said. And in the meantime, she said, sexual assault and harassment persist, including among passengers.

More than 80 percent of the union’s flight attendants surveyed last year said they were not aware of guidelines specifically addressing passenger-on-passenger sexual assault.

“It’s pervasive, it’s every day, in one way or another we see it or experience it,” she said.