It hardly showed Sunday — certainly not as she drove away from marathon veteran Mary Keitany.

Jepkosgei upset the four-time New York City Marathon champion to win the women’s race, a historic debut that left her seven seconds off the course record.

Geoffrey Kamworor of Kenya won the men’s event for the second time in three years.

After pulling away from Kenyan countrymate Keitany with about three miles left, Jepkosgei crossed the finish in Central Park in 2 hours, 22 minutes and 38 seconds, the second-best run in course history.

The 25-year-old Jepkosgei holds the world record in the half-marathon but had never run this distance. She looked pained climbing the final hill but strode confidently over the final line. 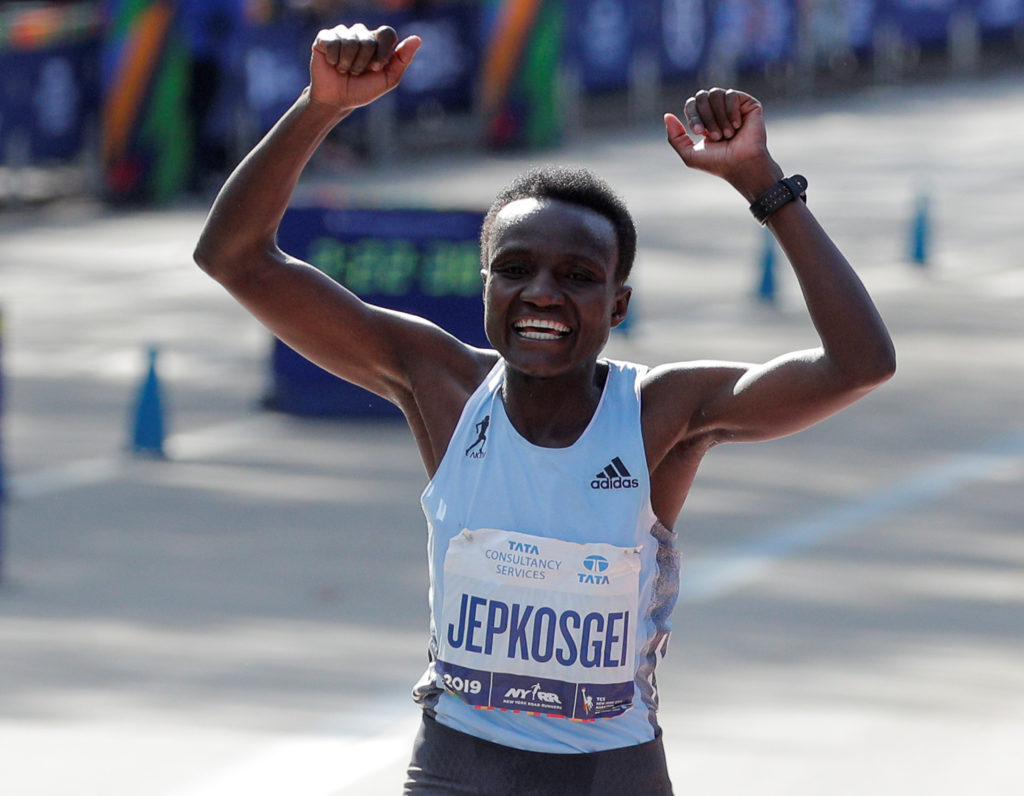 It was too much for Keitany, a 37-year-old who collapsed after finishing 53 seconds later. She had won four of the previous five NYC Marathons.

Jepkosgei is the youngest New York winner since 25-year-old Margaret Okayo in 2001. She also won the New York City Half-Marathon in March and is the first runner to win both events.

Kamworor made it a Kenyan sweep moments later with a final time of 2:08:13.

He pulled away from countryman Albert Korir in the 24th mile. Korir finished second, and Ethiopian non-elite runner Girma Bekele Gebre was third.

Desisa, who is from Ethiopia, was in 17th place at the seven-mile mark before leaving the course. It was 45 degrees F (7 degrees C) at the start of the men’s race, ideal for marathoning.

The 26-year-old Kamworor finished third last year after winning in 2017. 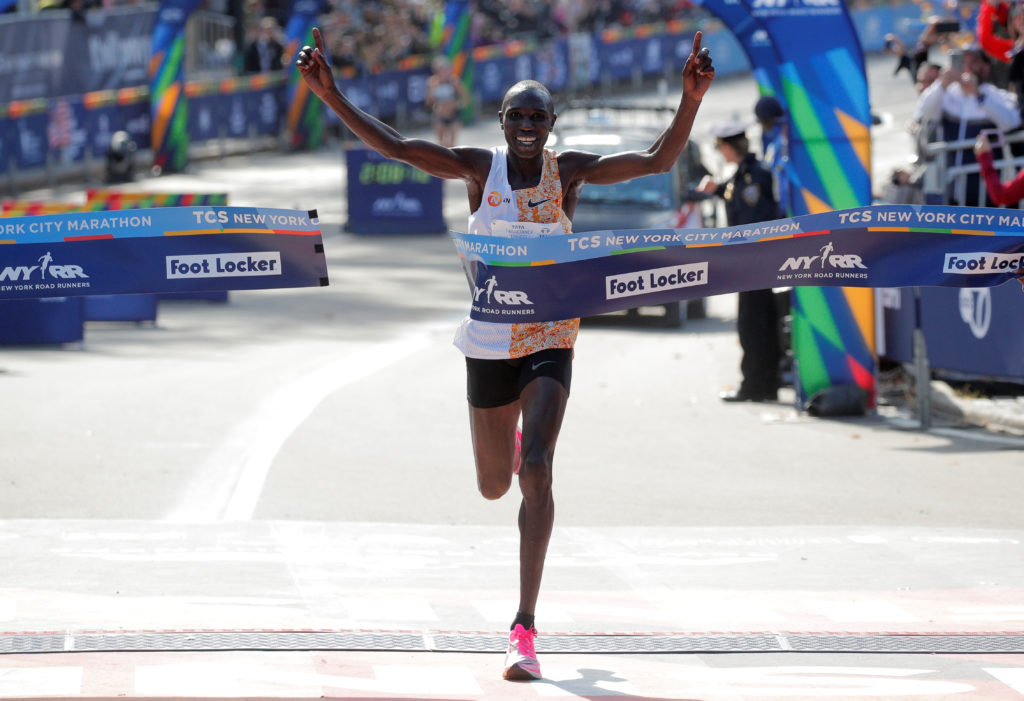 He was greeted at the finish line by training partner Eliud Kipchoge, who completed the first sub-2 hour marathon last month — a feat accomplished under conditions so tightly controlled it didn’t qualify for the record books.

Kamworor, also the world record holder in the half-marathon, is the 10th multi-time winner.

American Desiree Linden set the pace for the women early and was the top U.S. finisher at sixth. The 2018 Boston Marathon winner hasn’t decided whether she will push on to the Olympic team trials in Atlanta on Feb. 29.

The 36-year-old wants to gauge her recovery before deciding whether to pursue a third Olympics.

“Right now’s not the time, just based on how my calves and my feet feel,” Linden said, half-joking.

Kellyn Taylor, an American putting her firefighting career on hold to pursue the Olympics, finished seventh.

Sara Hall, another U.S. Olympic hopeful who has taken on an unusually heavy race schedule, dropped out in mile 18 after running the Berlin Marathon on Sept. 29.

Manuela Schär of Switzerland won her third straight women’s wheelchair title, giving her eight consecutive marathon major victories. After rolling ahead of the record pace for much of the race, Schär crossed the finish about a minute off the mark at 1:44:20.

Daniel Romanchuk of the United States repeated as men’s wheelchair champion in another tight finish over Switzerland’s Marcel Hug. Romanchuk held off Hug by one second for the second straight year, crossing the finish line 1:37:24 England’s David Weir and American Aaron Pike were also within 10 seconds.

Last year, Romanchuk became the first American and youngest competitor to win the men’s division as a 20-year-old. He followed with victories this year at the Boston and London marathons. Hug took the New York title in 2016 and 2017.

Organizers were expecting around 52,000 runners to complete the marathon a year after a world record 52,813 crossed the finish.