Coastal Louisiana has lost 1,900 square miles of land — an area the size of Delaware — in the last century.

Sinking land, rising seas and an increased storm surge have all contributed to coastal erosion in the bayou. Decades of construction on oil and gas canals have also played a role.

Perhaps no place has felt that devastation more than the island of Isle de Jean Charles, which has historically been a home for the Biloxi-Chitimacha-Choctaw tribe. In the last 60 years, the community has lost 98 percent of their island. Now, frequent flooding and storms are making the island uninhabitable as the island’s vegetation continues to disappear.

The PBS NewsHour first reported on how the community was handling the changes in 2012. Now, the community will receive a federal grant to completely relocate to a new piece of land. The Department of Housing and Urban Development will grant Isle de Jean Charles $48 million as part of its “National Disaster Resilience Competition” program, which is allocating $1 billion to various communities to help cope with the effects of climate change. This grant marks the first allocation of federal tax dollars to move an entire community in response to the impact of climate change. Other coastal communities adjacent to the isle are also feeling similar impacts and are keeping a close watch on their neighbors’ relocation as a model for when they need to move.

Several community members on and around the isle spoke with the PBS NewsHour about the importance of the land, how it has changed recently and how the erosion has affected their lives. See some of their stories below, and for more, watch the full story from PBS NewsHour Weekend. 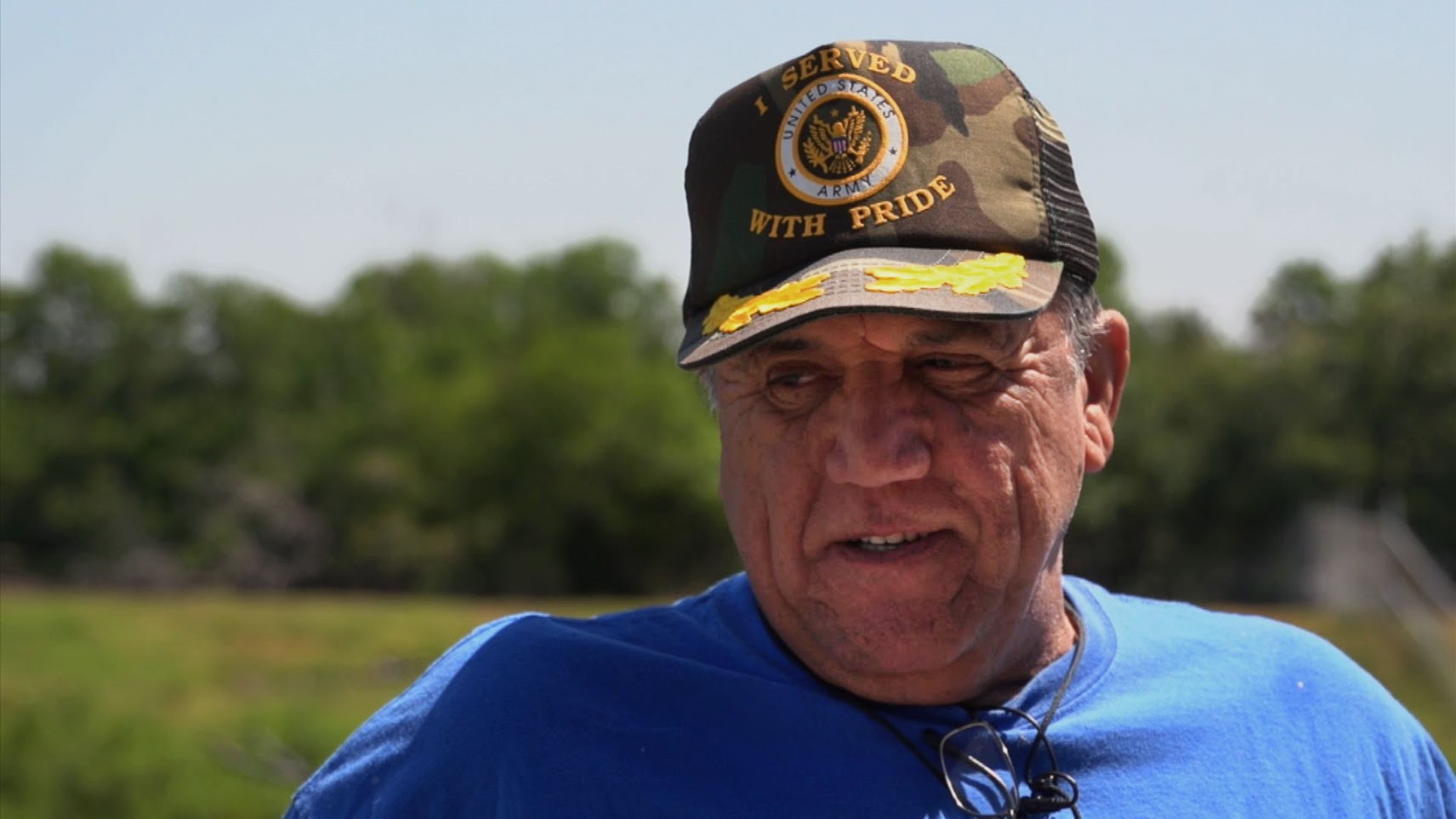 Chief Albert Naquin, pictured here in 2012, told the NewsHour that he has been thinking about community services at the relocation site. “As we got further and further into the plan, we said maybe we should do a community center, a health care center for the elders’ care, child care where we can tutor our kids,” he said. Photo by Saskia de Melker/PBS NewsHour 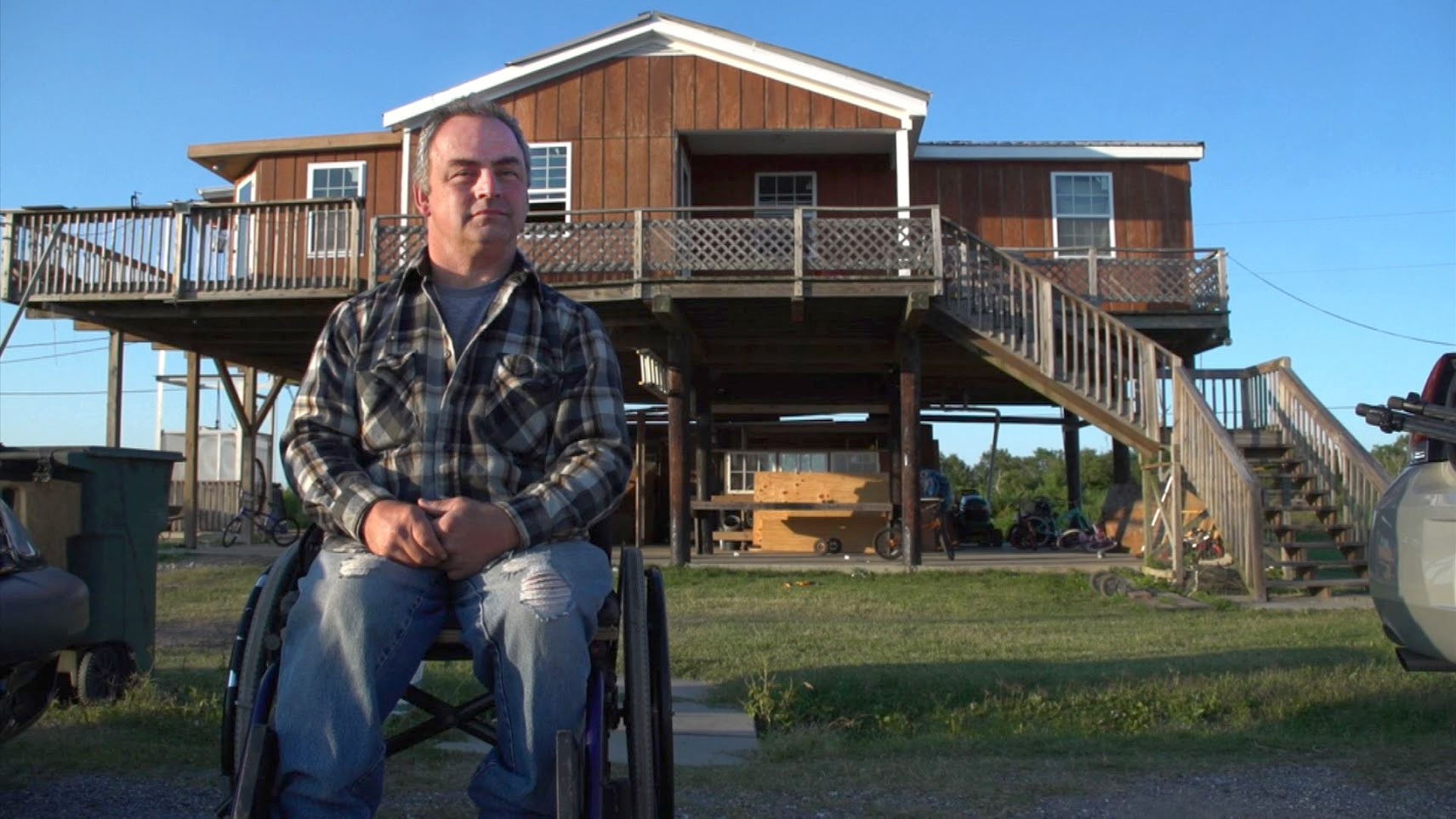 Chris Brunet appears outside of his home in 2012. He has lived on Isle de Jean Charles in coastal Louisiana his whole life. Photo by Saskia de Melker/PBS NewsHour 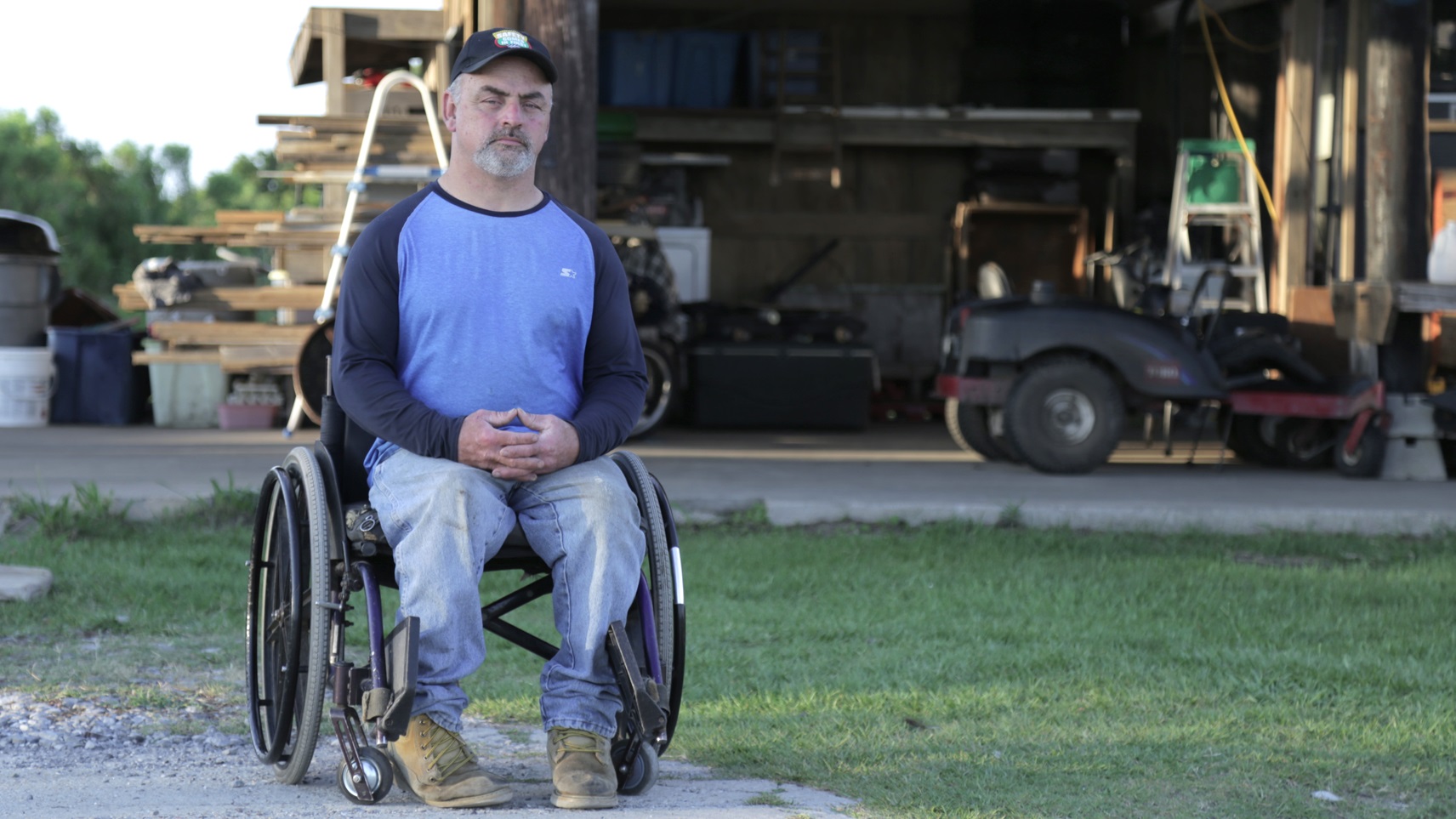 PBS NewsHour first reported on the changes to the isle four years ago, when Chris Brunet, pictured here in 2016, was determined to stay there. By the time we returned this summer, four years later, he had decided it’s time to go. The entire community has received a federal grant to help them relocate together to a new piece of land further inland. Photo by Saskia de Melker/PBS NewsHour 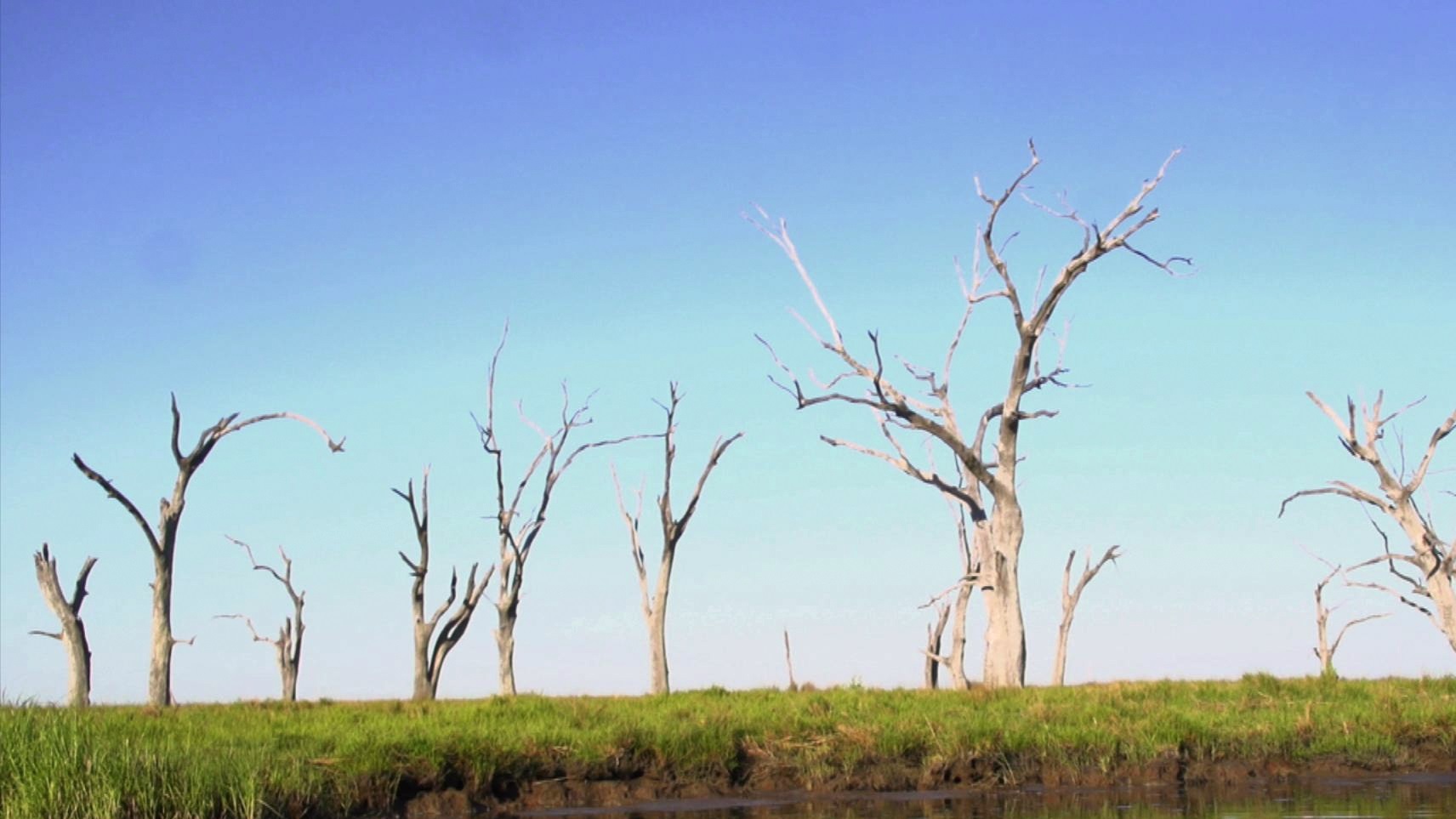 The island used to be more than 22,000 acres, but erosion caused by subsidence, saltwater intrusion and sea-level rise have reduced it to just 320 acres. Photo by Saskia de Melker/PBS NewsHour 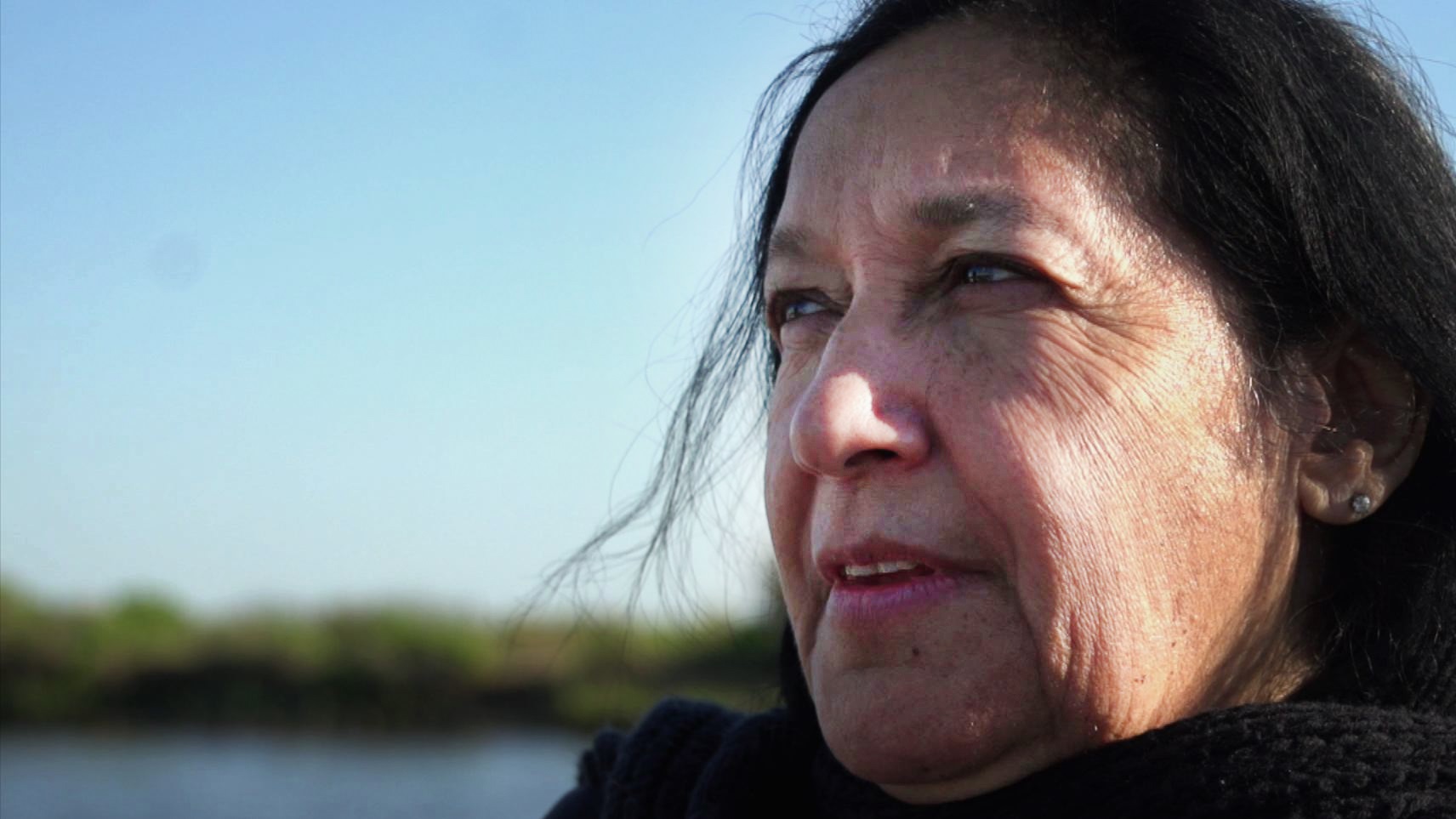 Theresa Dardar, pictured here in 2012, belongs to the Point-Au-Chien tribe in coastal Louisiana, just north of Isle de Jean Charles. She’s lived here all her life. Her community hopes to stay put as long as possible despite the changes she has seen to the land. When PBS NewsHour visited four years ago, she showed us a cemetery she could once access by land — now, she has to travel there by boat. Today, the encroaching water is worse. Photo by Saskia de Melker/PBS NewsHour 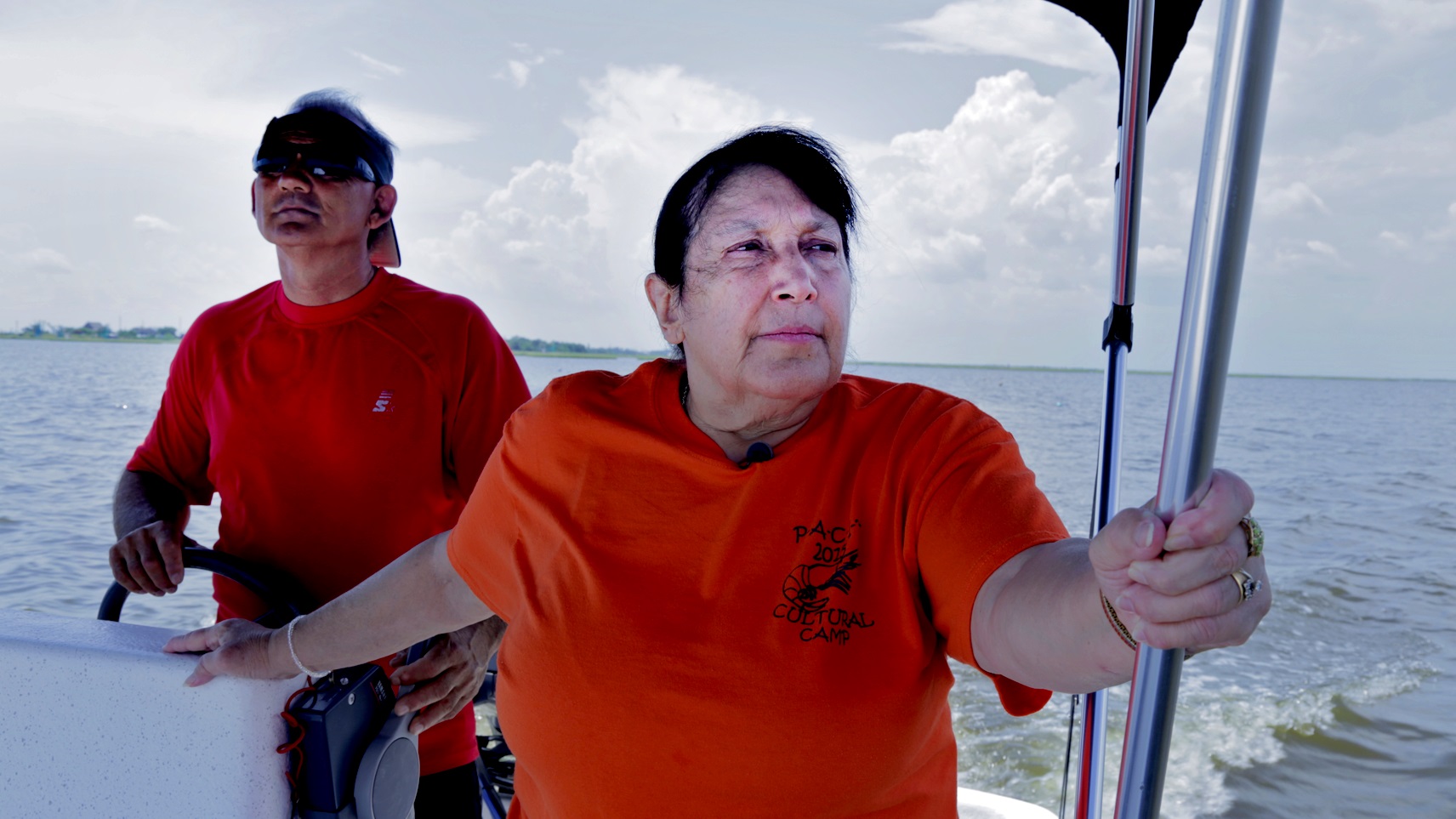 Dardar, seen here in 2016, showed the NewsHour telephone poles that once stood on dry land. Now, they are submerged. Louisiana faces unprecedented land loss due to a unique convergence of sinking land, encroaching saltwater and rising seas. Photo by Saskia de Melker/PBS NewsHour 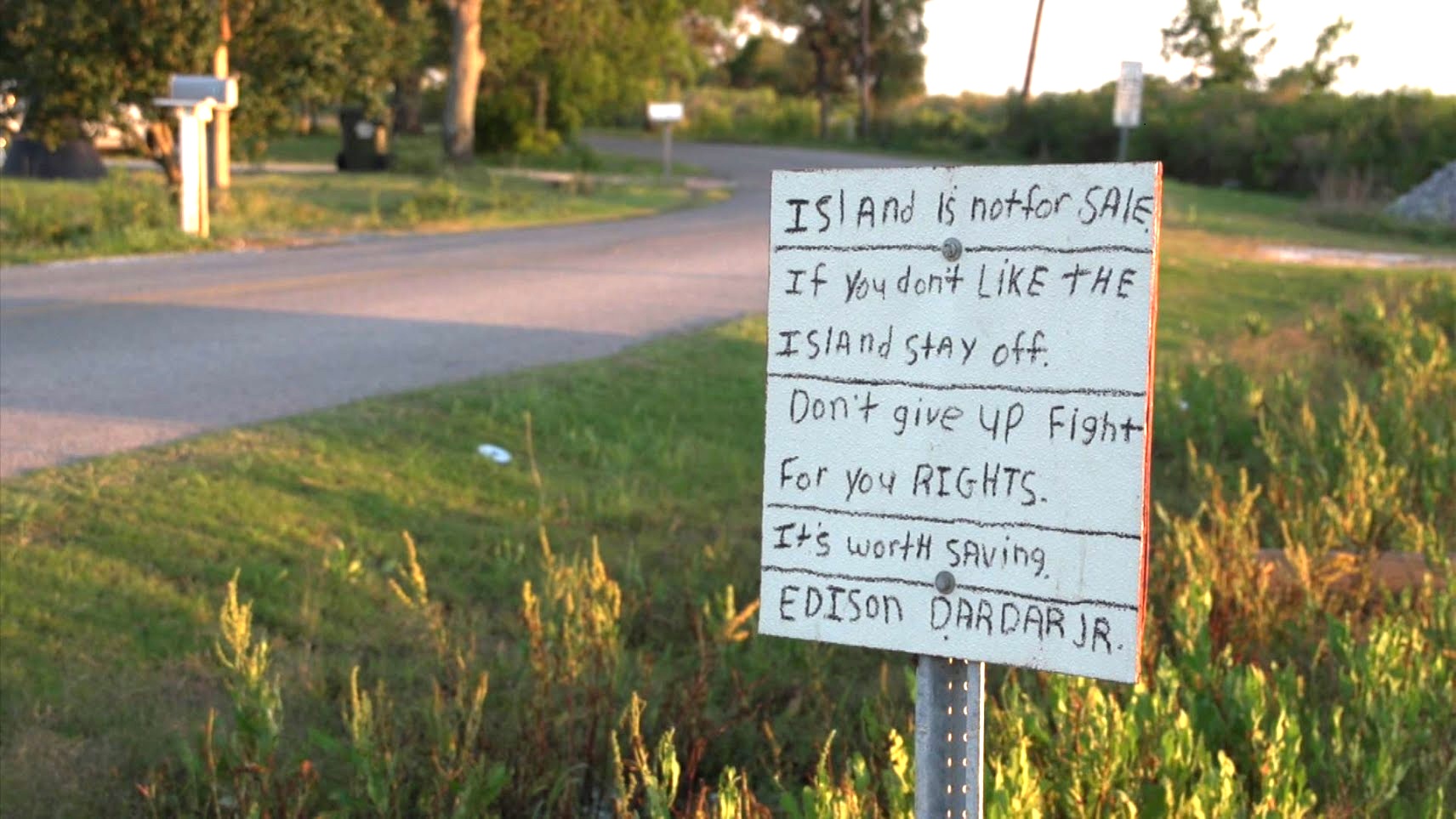 Left: Chief Albert Naquin of the Biloxi Chitimacha Choctaw tribe on Isle de Jean Charles in Louisiana has been trying to find a new safe home for the community for years as subsidence, saltwater intrusion and sea-level rise have eroded the island and made it increasingly uninhabitable. Now he’s getting help from the federal government -- $48 million dollars to relocate to a 500 acre parcel of land on higher ground. And as other coastal communities face increasing threats from natural disasters exacerbated by climate change, all eyes are watching how this resettlement goes. Photo by Saskia de Melker/PBS NewsHour