SAN FRANCISCO — Millions of Californians prepared Saturday to live in the dark again as the state’s largest utility warned it might cut power for the third time in as many weeks because of looming strong winds and high fire danger.

Pacific Gas & Electric will decide Saturday whether to black out 850,000 homes and businesses in 36 counties for 48 hours or longer throughout the San Francisco Bay Area, wine country and Sierra foothills.

The two previous shutdowns were done amid concern that gusty winds could disrupt or knock down power lines and spark devastating wildfires.

Weather forecasts called for record strong winds to lash much of the region over the weekend, with some gusts hitting 85 mph. It might be a record wind event, the National Weather Service warned.

A blaze Thursday destroyed at least six homes in the Santa Clarita area near Los Angeles and led to evacuation orders for up to 50,000 residents, although some were allowed back home Friday night after Santa Ana winds began to ease.

To the north, firefighters raced to make progress against a blaze near Geyserville in Sonoma County before ferocious “diablo winds” returned. The fire had burned 49 buildings, including 21 homes, and swept through 37 square miles (96 square kilometers) of the wine-growing region.

Several thousand people living in small communities in neighboring Lake County were warned to be ready to evacuate if an order is given. The area was the scene of a 2015 wildfire that killed four people and burned nearly 2,000 homes and other buildings.

No cause has been determined for any of the current fires, but PG&E said a 230,000-volt transmission line near Geyserville had malfunctioned minutes before that fire erupted Wednesday night.

The utility acknowledged that the discovery of the tower malfunction had prompted a change in its strategy.

“We have revisited and adjusted some of our standards and protocols in determining when we will de-energize high-voltage transmission lines,” Andrew Vesey, CEO of Pacific Gas & Electric Co., said at a briefing Friday.

The weekend forecasts detail what could be the strongest winds of the year coupled with bone-dry humidity.

“These places we all love have effectively become tinderboxes,” Vesey said. “Any spark, from any source, can lead to catastrophic results. We do not want to become one of those sources.”

The possible link between the wine country fire and a PG&E transmission line contained grim parallels to a catastrophic fire last year that tore through the town of Paradise, killing 85 people and destroying thousands of homes in the deadliest U.S. fire in a century. 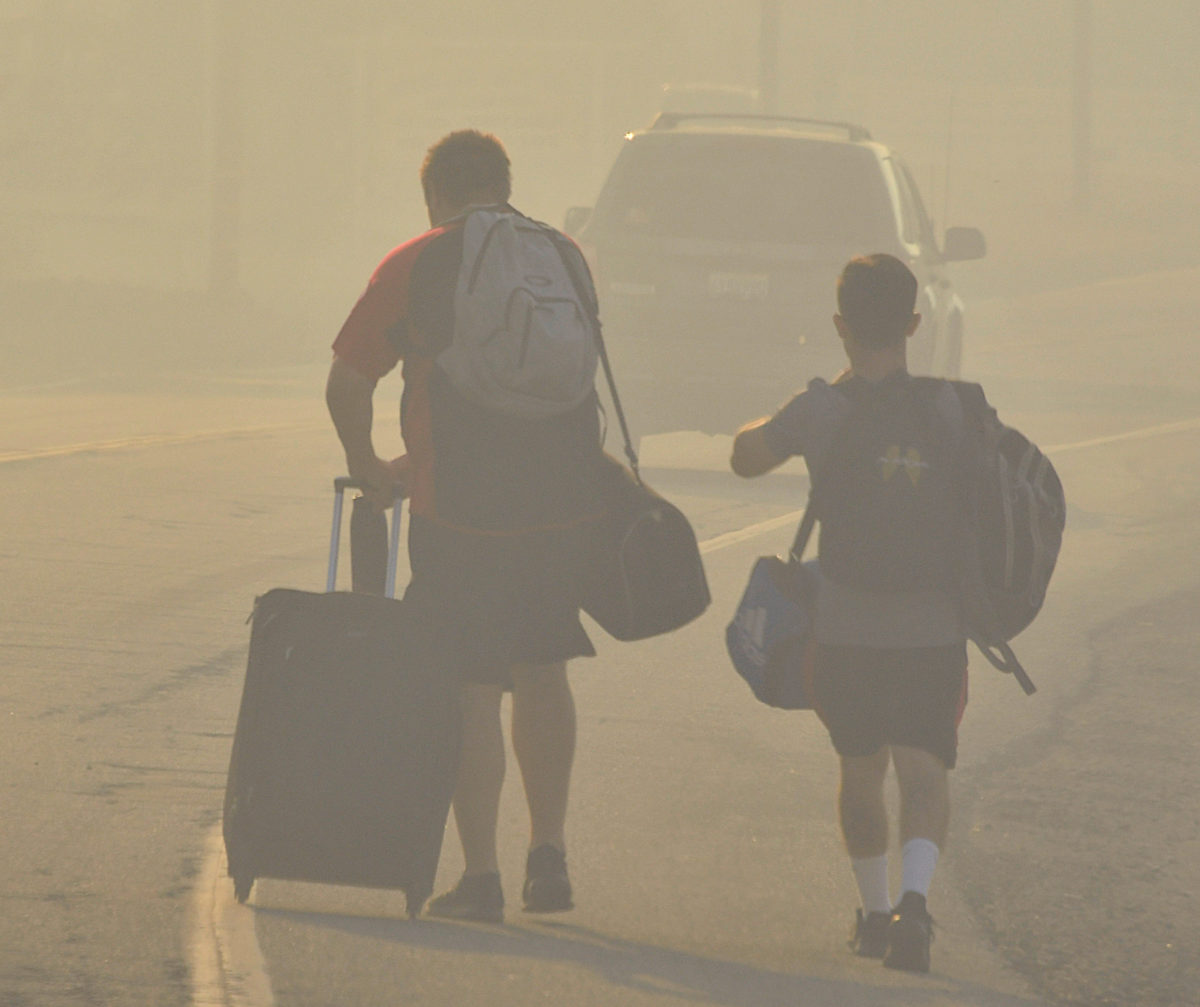 State officials concluded that fire was sparked by a PG&E transmission line.

Asherah Davidown, 17, of Magalia and her family lost their house, two dogs and a car in the Paradise fire. She said her family was preparing for another power outage by filling the gas tank of their car and buying non-perishable foods and batteries for their flashlights.

The outages reminded her of her family’s vulnerable position as they struggle to get back on their feet.

“My house doesn’t have a generator so that means another weekend of sitting in the dark with no wifi, no food in the fridge and shopping in increments since we don’t know how long the power may be out,” Davidown said.

The continuing round of power outages made her feel somewhat vulnerable as her family tries to get back on its feet, she said.

“For the most part a lot of people feel really helpless. Their livelihoods are at the fingertips of a corporation,” she said. “There’s still a lot of hurt and emotional recovery. Having our basic needs repeatedly taken away is really unfortunate.”

Left: People evacuate a house as a fire rages in a distance in Santa Clarita, California, U.S., October 24, 2019, in this still image taken from a doorbell camera footage obtained from social media. Ben Ibarra/via Reuters.