In the year since the deadly mass shooting at a Florida high school, more and more states have passed laws making it easier to take guns away from people who may be suicidal or bent on violence against others, and courts are issuing an unprecedented number of seizure orders across the country.

Supporters say these “red flag” laws are among the most promising tools to reduce the nearly 40,000 suicides and homicides by firearm each year in the U.S. Gun advocates, though, say such measures undermine their constitutional rights and can result in people being stripped of their weapons on false or vindictive accusations.

Nine states have passed laws over the past year allowing police or household members to seek court orders requiring people deemed threatening to temporarily surrender their guns, bringing the total to 14. Several more are likely to follow in the months ahead.

More than 1,700 orders allowing guns to be seized for weeks, months or up to a year were issued in 2018 by the courts after they determined the individuals were a threat to themselves or others, according to data from several states obtained by The Associated Press. The actual number is probably much higher since the data was incomplete and didn’t include California.

The laws gained momentum after it was learned that the young man accused in the Florida attack, Nikolas Cruz, was widely known to be mentally troubled yet had access to weapons, including the assault-style rifle used to kill 17 students and staff members last Valentine’s Day at Parkland’s Marjory Stoneman Douglas High School.

“Parkland would never have happened if Florida had a red flag law,” Linda Beigel Schulman said during a recent news conference with New York Gov. Andrew Cuomo, who is expected to sign his state’s new law any day. Her son, Scott Beigel, was a teacher and coach killed during the Parkland attack.

Florida passed a red flag law as part of a gun-control package in the wake of the shooting. Since then, Delaware, Illinois, Maryland, Massachusetts, New Jersey, Rhode Island and Vermont have adopted variations. California, Connecticut, Indiana, Oregon and Washington already had similar laws.

Several states are debating them this year, including New Mexico, where two students were killed in a school shooting in December 2017.

Mike Heal, police chief in the town of Aztec, responded to the shooting at the local high school and testified in support of the red flag proposal, saying, “I know I cannot keep everyone safe, but give me the tools to try.”

The laws are being invoked frequently in many of the states that have them.

Authorities in Maryland granted more than 300 petitions to temporarily disarm individuals in the three months after the state’s law went into effect Oct. 1. Montgomery County Sheriff Darren Popkin said the cases included four “significant” threats of school shootings, and that a majority of the people who were subjects of the orders were suffering from mental health crises.

“These orders are not only being issued appropriately, they are saving lives,” Popkin told lawmakers last month.

In Vermont, a prosecutor obtained an order to strip gun rights from a teenager released from jail after being accused of plotting a school shooting.

Florida courts granted more than 1,000 orders in the first nine months of its new law. Broward County, which includes Parkland, has been at the forefront, accounting for roughly 15 percent of cases statewide.

Among the first people subjected to the law was Cruz’s younger brother, who authorities said was showing signs of violence after allegedly trespassing at the high school after the shooting. In another case, Florida authorities took dozens of firearms from a bailiff accused of threatening other courthouse employees.

Connecticut has the nation’s longest-standing red flag law, which went into effect in 1999 after a mass shooting at the state lottery office. Authorities there say new awareness of the law contributed to a spike in 2018 in warrants issued to take away weapons — 268, the highest total on record, according to court data. 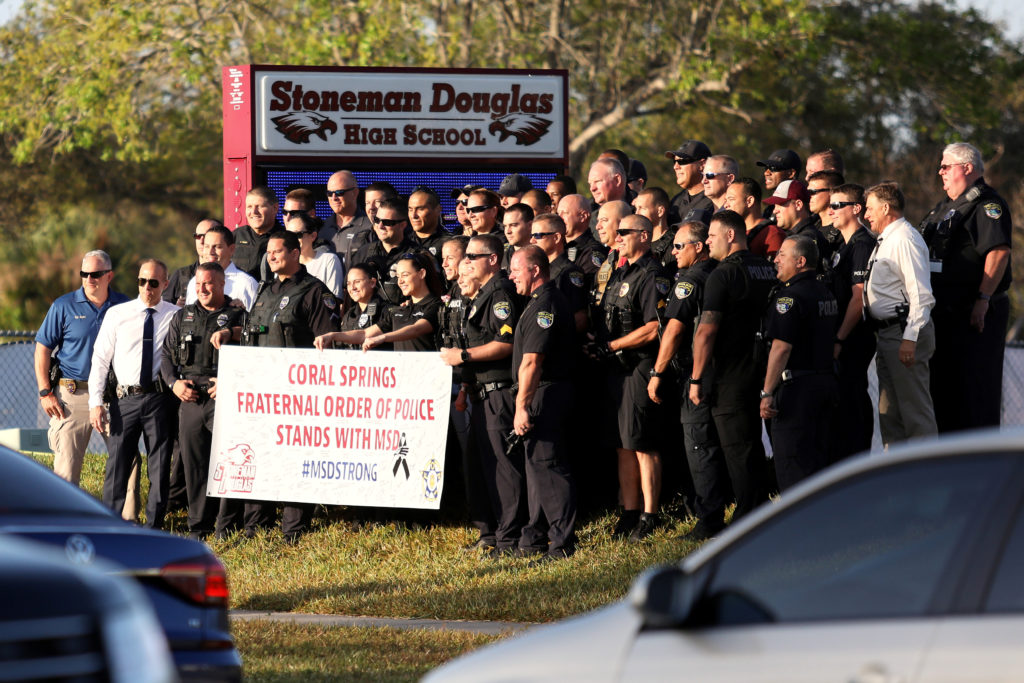 The rise reflects the more aggressive posture police have adopted since the 2012 mass shooting at Sandy Hook Elementary School in Newtown and other attacks.

One study found that the Connecticut law reduced gun suicides by more than 10 percent in recent years and that a similar law in Indiana led to a 7.5 percent drop.

“It really gives us a unique opportunity as prosecutors to come in before the violence has occurred. Often we are tackling it on the other side,” said Kimberly Wyatt, a prosecutor in King County, Washington, who has been seeking one or two such orders per week in and around Seattle.

She said authorities use the best available research and their judgment, looking at whether a person has talked about suicide, threatened others, stalked someone or shown signs of a mental health crisis.

Gun-rights advocates argue that the laws can be used unfairly based on unproven accusations.

“In today’s society, the police are going to err on the side of caution. The threshold for issuing these types of warrants has been lowered,” lamented Scott Wilson Sr., president of the Connecticut Citizens Defense League.

Debates in state legislatures often turn on how much due process gun owners should receive and who can petition for the orders. In some states, only police can file the petitions. Other states allow members of the person’s household, relatives, school officials, employers and health care providers to do so.

Most states allow for temporary orders that are issued for days or weeks. Judges then hold hearings to decide whether to extend them for up to one year.

During the debate in New Mexico, Army veteran Rico Giron testified that people could see their guns seized over grudges between family members or neighbors.

“It’s incredibly dangerous because it opens the door for vindictiveness and revenge,” Giron said.

The bill’s sponsor, Democratic Rep. Daymon Ely, said he wants parents to have another option if they have a child suffering from mental illness.

“The state has an obligation to say, ‘Yes, there is something we can do for you,’” Ely said.

Left: David Hogg, a student and shooting survivor from the Marjory Stoneman Douglas High School in Parkland, Florida, addresses the conclusion of the "March for Our Lives" event demanding gun control after recent school shootings at a rally in Washington, U.S., March 24, 2018. Photo By Jonathan Ernst/Reuters