Scrapping by: How much metal would it take to make minimum wage?

In what became one of the largest thefts in the history of Washington state, two men were charged in 2013with stealing more than four miles of copper wire from the underside of an elevated train line over an eight-month period between 2010-2011.

Before they were caught, the men netted more than $40,000 from the pilfered metal. 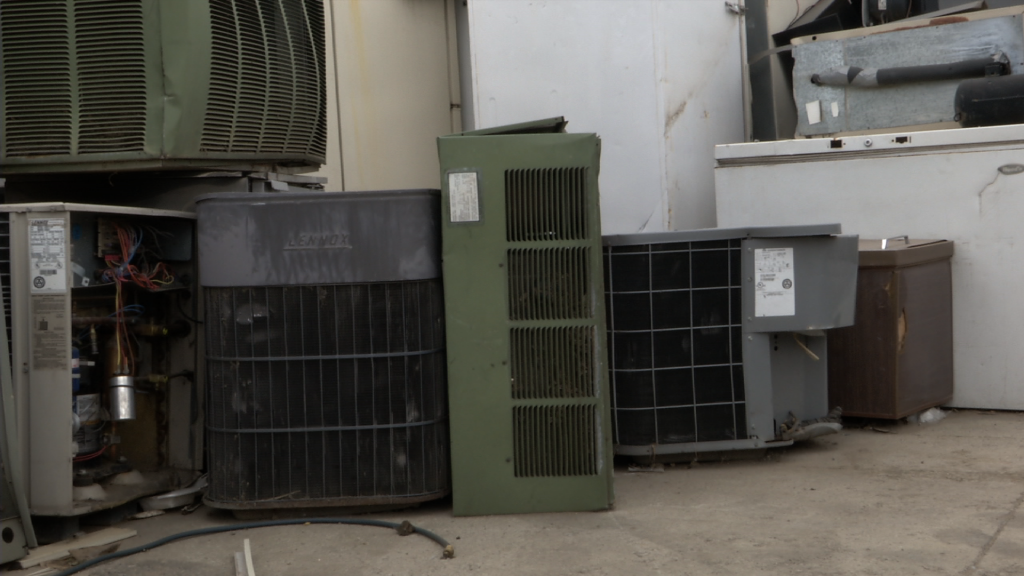 Industrial air conditioners like the one shown here contain valuable metals like copper and aluminum and are increasingly a target for scrap metal theft. Credit: Hannah Yi/NewsHour Weekend

Crimes like these, though usually of a much smaller scale, have soared in recent years, according to a report by the Council of State Governments, as the rise in the value of copper has spurred the thefts of objects like manhole covers, air conditioners and telephone cables.

And while illegal scrapping typically makes the headlines, there are legal ways to scrap, which many people use as a source of income. So NewsHour wondered: How much metal would a scrapper need to collect to make minimum wage? 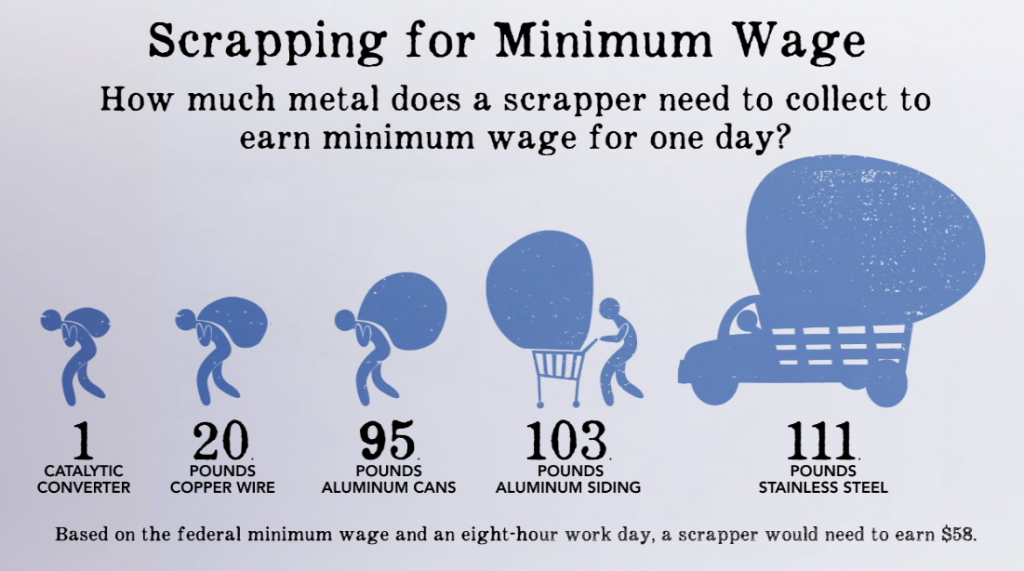 In order to make the federal minimum wage of $58/day, a scrapper would need to find one catalytic convertor or up to 111 pounds of stainless steel. Source: American Metal Market. Graphic Credit: Lisa Overton/NewsHour Weekend

Davidson said copper is in high demand this year and can be sold, on average, for just over three dollars per pound. And catalytic converters, which contain valuable metals like palladium and platinum can net anywhere between $40 to several hundred dollars. Other metals, like steel and aluminum, are sold for much less.

So, in order to make the federal minimum wage of $58 for an eight-hour workday, a scrapper would need to find one catalytic converter or up to 111 pounds of stainless steel, according to data from the AMM.