The U.S. is still fighting small wars against Islamic extremists, and Russia remains a serious concern, but Shanahan seeks to shift the military’s main focus to what he considers the more pressing security problem of a rapidly growing Chinese military.

This theme, which Shanahan outlined Thursday in presenting the administration’s proposed 2020 defense budget to the Senate Armed Services Committee, is competing for attention with narrower, more immediate problems such as President Donald Trump’s effort to use the military to build a border wall.

The hearing, for example, spent more time on the wall and prospects for using military funds to build parts of it than on any aspect of foreign policy, including the conflict in Syria or military competition with China, Russia or North Korea. 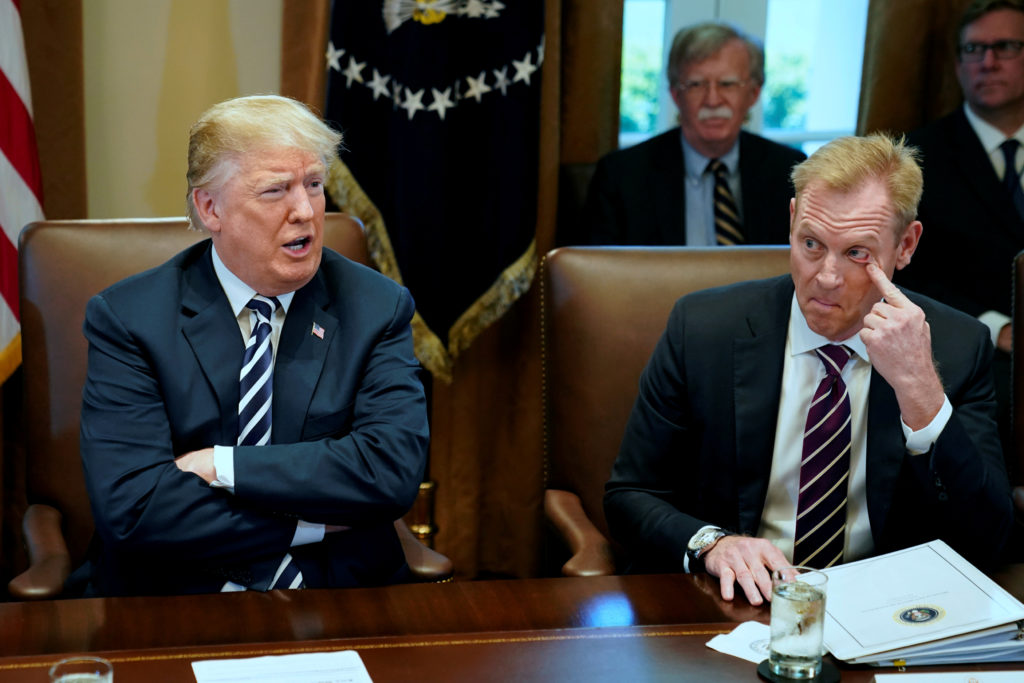 Shanahan is hardly the first defense chief to worry about China. Several predecessors pursued what the Obama administration called a “pivot” to the Pacific, with China in mind. But Shanahan sees it as an increasingly urgent problem that exceeds traditional measures of military strength and transcends partisan priorities.

“We’ve been ignoring the problem for too long,” Shanahan told a senator.

“China is aggressively modernizing its military, systematically stealing science and technology, and seeking military advantage through a strategy of military-civil fusion,” he wrote in prepared testimony to the committee, which is considering a $718 billion Pentagon budget designed in part to counter China’s momentum.

The $25 billion the Pentagon is proposing to spend on nuclear weapons in 2020, for example, is meant in part to stay ahead of China’s nuclear arsenal, which is much smaller than America’s but growing. Shanahan said China is developing a nuclear-capable long-range bomber that, if successful, would enable China to join the United States and Russia as the only nations with air-, sea- and land-based nuclear weapons.

Shanahan ticked off a list of other Chinese advancements — hypersonic missiles against which the U.S. has limited defenses; space launches and other space efforts that could enable it to fight wars in space; “systematically stealing” of U.S. and allied technology, and militarizing land features in the South China Sea.

Bonnie S. Glaser, director of the China Power Project at the Center for Strategic and International Studies, says the U.S. has been lacking effective strategies for competing with China on a broad scale.

“It is overdue,” she said of the Shanahan focus. “We have been somewhat slow in catching up” in such areas as denying China its regional ambitions, including efforts to fully control the South China Sea, which is contested by several other countries. 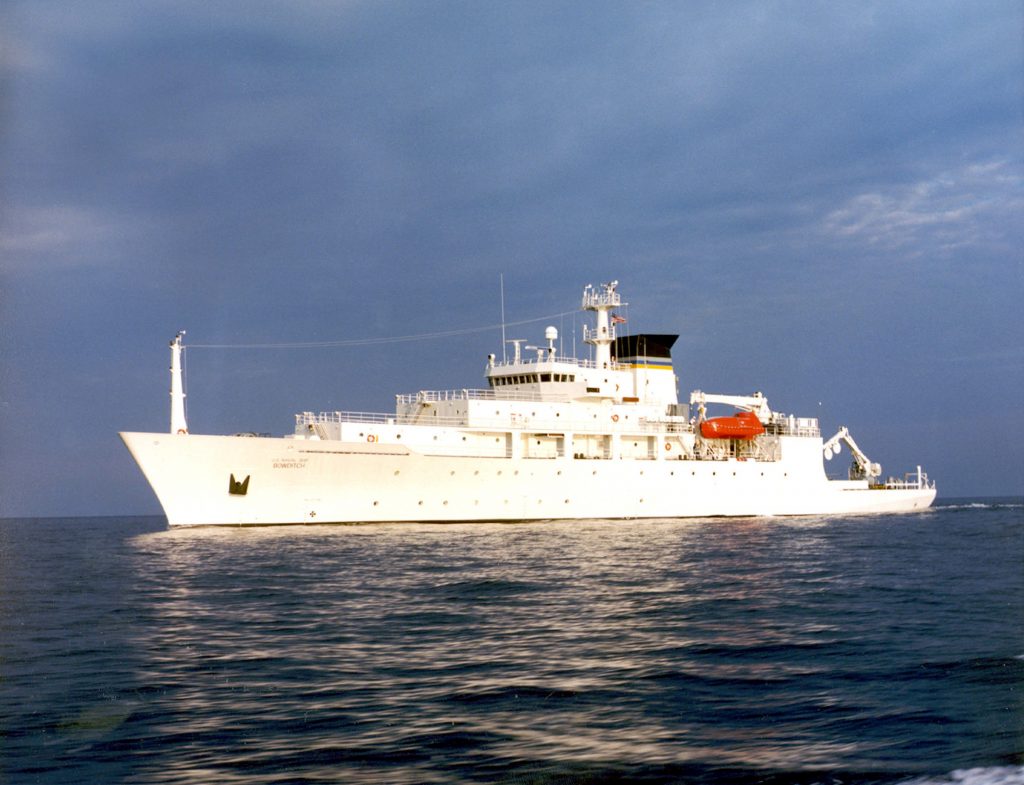 Some defense analysts think Shanahan and the Pentagon have inflated the China threat.

“I do think it’s worth asking what exactly is threatening about China’s behavior,” said Christopher Preble, vice president for defense and foreign policy studies at the Cato Institute. He doesn’t discount China as a security issue, including in the South China Sea, but doubts the U.S. military is the institution best suited to deal with such non-military problems as cyber intrusions into American commercial networks.

“As China continues its economic and military ascendance, asserting power through an all-of-nation long-term strategy, it will continue to pursue a military modernization program that seeks Indo-Pacific regional hegemony in the near-term and displacement of the United States to achieve global pre-eminence in the future,” that strategy document says. 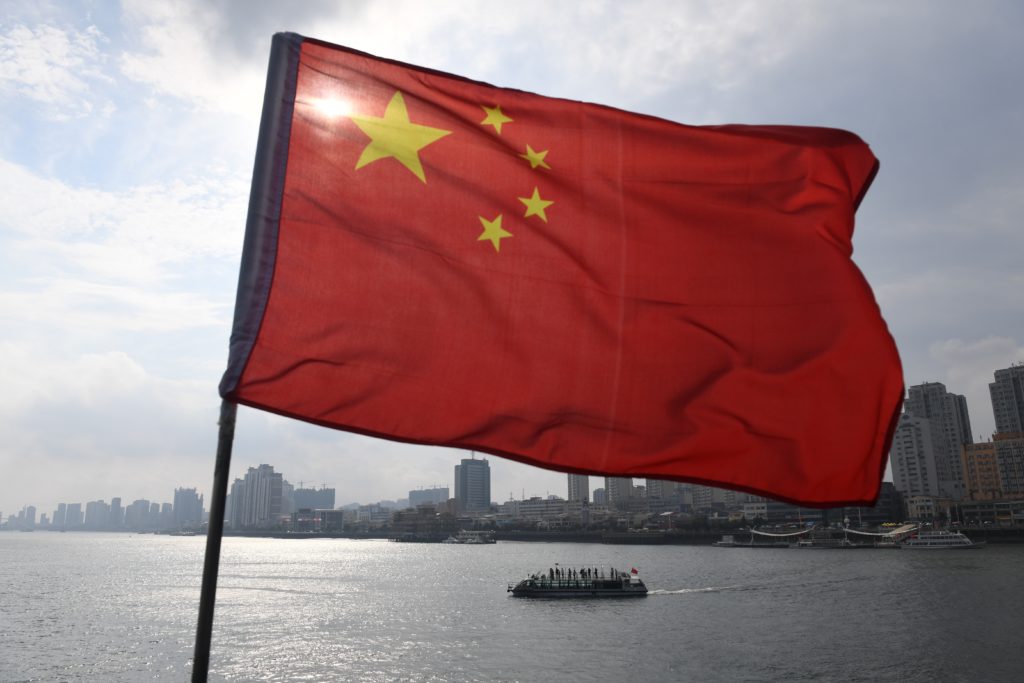 A Chinese tour boat cruises on the Yalu River behind the Chinese flag flying on the Broken Bridge, in the border city of Dandong, in China’s northeast Liaoning province on September 5, 2017.
The Broken Bridge once connected Dandong and the North Korean town of Sinuiju, but was bombed by the US during the Korean war and now only reaches half way across the Yalu River. Photo by Greg Baker, AFP/Getty Images.

That explains in part why the U.S. is spending billions more on space, including means of defending satellites against potential Chinese attack, and on building hypersonic missiles to stay ahead of Chinese and Russian hypersonic weapons development.

It also explains some of the thinking behind preparing for an early retirement of the USS Harry Truman aircraft carrier, a strategy that views carriers as a less relevant asset in a future armed conflict involving China.

This concern about countering China has permeated the entire U.S. military. Gen. Thomas Waldhauser, head of U.S. Africa Command, said last month that dozens of African heads of state were invited to Beijing last fall to consider billions in Chinese loans and grants, and that China is building thousands of miles of railroads in Africa, mostly linked to Chinese mineral extraction operations.

The top U.S. commander in Europe told Congress this week that China also is making inroads in Europe.

Left: An aide holds up a copy of Volume 1 of President Donald Trump's budget for Fiscal Year 2020 after it was delivered by the Office of Management and Budget (OMB) to the House Budget Committee room on Capitol Hill in Washington on March 11, 2019. Photo by Kevin Lamarque, Reuters