NEW YORK — A man suspected of placing two devices that looked like pressure cookers in a New York City subway station on Friday, causing an evacuation and snarling the morning commute, has been apprehended, police said.

Chief of Detectives Dermot Shea tweeted Saturday morning that a man seen in surveillance video holding one of the objects was taken into custody. Police identified the objects as rice cookers and determined they were not explosives.

Police say the man was located around 12:45 a.m. Saturday in the Bronx and taken to a hospital for treatment and observation. Police did not specify what, if any, injuries or condition he was being treated for.

A West Virginia sheriff’s department identified the man as Larry Kenton Griffin II, of Bruno, West Virginia and said he had a criminal history in the state. 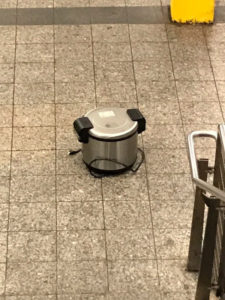 A suspicious device inside of Fulton Street subway station in Lower Manhattan is seen in this NYPD Counterterrorism photo after NYPD Bomb Squad cleared it as a non-explosive device, in Manhattan, New York, U.S. August 16, 2019. Courtesy NYPD/Handout via Reuters

The Logan County Sheriff’s Department said it has arrested Griffin, 26, at least three times in the past eight years, including a 2017 arrest on charges alleging he sent obscene material to a minor.

Griffin’s cousin Tara Brumfield told a Huntington, West Virginia, television station that he is a good person who has been dealing with mental health issues.

Offering a possible explanation for his involvement with the rice cookers, she said Griffin has a habit of picking up items in one place and putting them down in another.

It wasn’t immediately known if Griffin had a lawyer representing him in the New York case. No charges have been announced.

New York City police said security cameras captured a man pulling the cookers out of a shopping cart and placing them in the Fulton Street subway station near the World Trade Center in lower Manhattan.

A third cooker of the same make, year and model was found about 2 miles away (3 kilometers) on a sidewalk in the Chelsea neighborhood, prompting another police investigation.

Police stressed at a news conference on Friday that it wasn’t clear if the man was trying to frighten people or merely throwing the objects away.

“It is possible that somebody put out a bunch of items in the trash today and this guy picked them up and then discarded them, or it’s possible that this was an intentional act.”

Police tracked Griffin down about 13 hours after releasing a flyer asking people to help them identify him. Social media posts from the department described him as a person of interest who was wanted for questioning. The Logan County Sheriff’s Department said it assisted an FBI task force by speaking with Griffin’s relatives in hopes of obtaining his possible location. 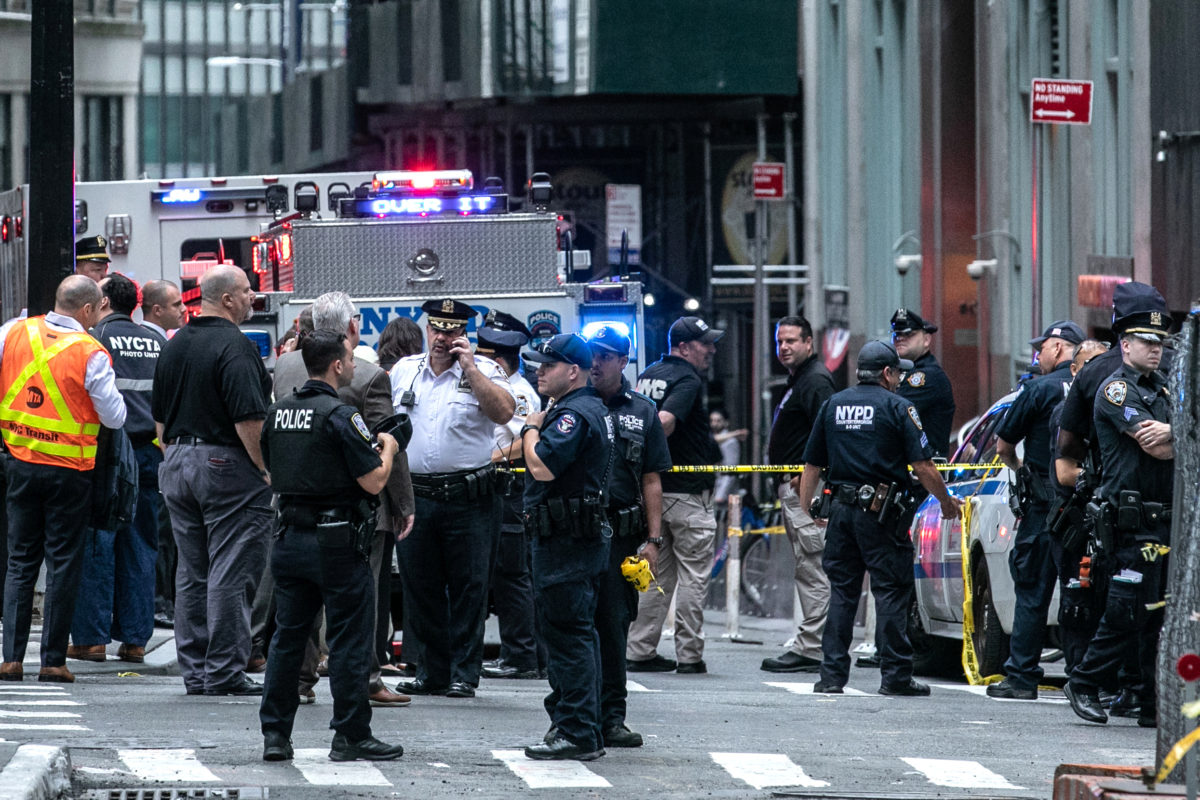 Dozens of suspicious packages are reported daily in the city, but the proximity of the subway station to the site of the Sept. 11 attacks served to heighten anxiety before police gave the all-clear.

Multiple subway lines were partially suspended during the police investigation, and delays continued throughout the morning.

Many rice cookers look like pressure cookers, which use pressure to cook food quickly — a function that has been used to turn them into bombs.

Pressure cookers packed with explosives killed three people and injured hundreds when a pair of Islamic extremists detonated them during the Boston Marathon in 2013.

In September 2016, a pressure-cooker bomb went off in Manhattan’s Chelsea neighborhood, injuring 30 people.

In 2017, a would-be suicide attacker set off a homemade pipe bomb in an underground passageway at the Times Square subway station during rush hour, seriously injuring himself.

Left: NYPD image shows an individual who police is seeking for questioning in regard to the suspicious items inside the Fulton Street subway station in Lower Manhattan, New York, U.S. August 16, 2019. Courtesy NYPD/Handout via Reuters