On Thursday, Aug. 18, at 5 p.m. EDT, the PBS NewsHour along with the Hutchins Center for African and African-American Research will present a special forum on “Race & the Race to the White House.”

Henry Louis Gates, Jr. of Harvard University and NewsHour special correspondent Charlayne Hunter-Gault will host and moderate a panel of guests who will discuss how race has shaped presidential politics, from the election of America’s first black president to the current contest for the Oval Office. 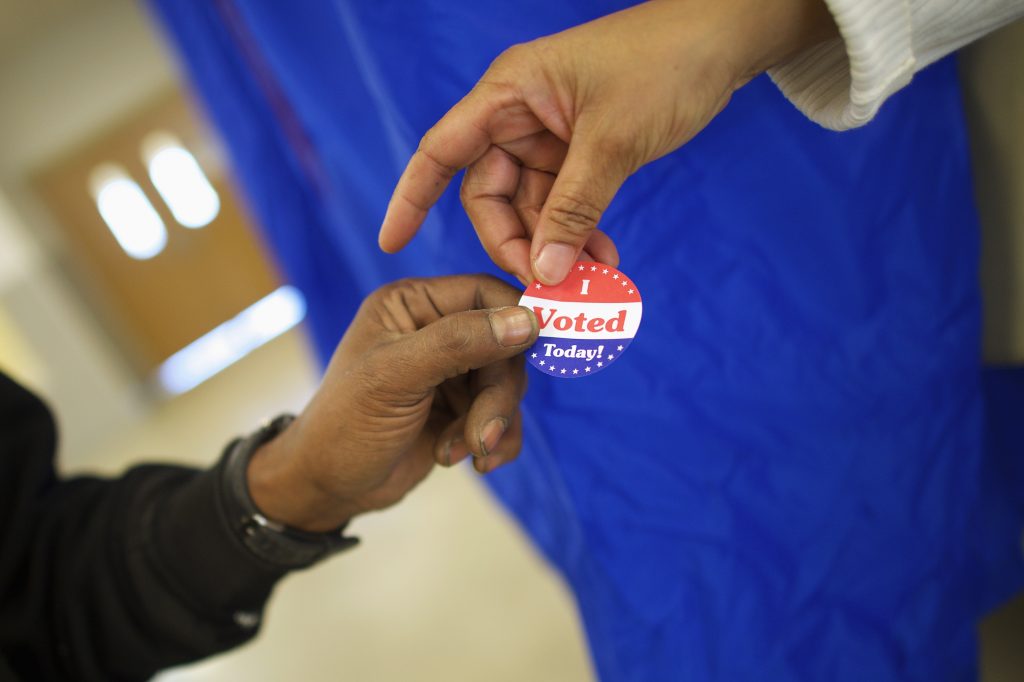 A voting machine operator hands a sticker to a voter who cast his ballot on U.S. midterm election day morning in Philadelphia. Photo by Mark Makela/Reuters

Ahead of Thursday’s Hutchins Forum, NewsHour will highlight guest perspectives on race in the presidential campaign from Williams and Wright-Rigueur, as well as activist Arielle Newton and author Mychal Denzel Smith. Together with Race Matters digital reporter Kenya Downs and the Hutchins Center, Newton and Smith will live tweet the discussion online. Be sure to join in by watching the stream live here. You can also follow the discussion on Twitter with #HutchinsForum.