PBS NewsHour Team ‘No Commercials, No Mercy’ Sweats it Out for Charity 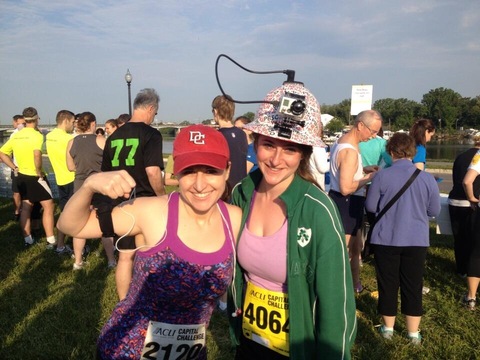 We ran 3 miles for the annual ACLI Capital Challenge, which also included members of Congress, other branches of government and reporters from print, television and radio outlets.

Political junkies may recall that Sen. Dick Lugar ran this race every year. He lost his seat in a primary, so he won’t be back this year. But seven senators and 24 members of the House will lead teams.

“No Commercials, No Mercy,” — inspired, of course, by this scene from the movie “Anchorman” — competed in the electronic media category. We’re also hoping to win Best Name and the Best Team Spirit awards.

Curious about the HatCam? Watch our promo video from its political conventions debut here or below.

You can also keep up with the race by following #ACLI. Tweets about “ACLI”