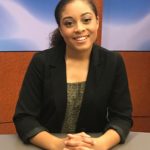 No indictment, one apology and one settlement for three police misconduct cases this week

There were developments for three prominent cases of police misconduct this week. Here’s a rundown of what happened, and what’s next for the families and officers involved.

Original incident: On Jan. 23, A phalanx of Savannah-Chatham officers and U.S. marshals arrived outside a house in Savannah, Georgia, to serve outstanding warrants for Ricky Boyd, who police believed was involved in a homicide days earlier.

When Boyd emerged outside his grandmother’s home minutes later, he was shot and killed by several officers. There were conflicting reports over what triggered the deadly response. Boyd’s grandmother said Boyd was unarmed; the Savannah Police Department offered a series of confusing statements about an alleged firearm, initially saying Boyd shot at officers first. But later, police said Boyd “confronted” officers.

Eventually, the Georgia Bureau of Investigations identified the weapon as a BB air gun, providing a photo of the firearm recovered from the scene. 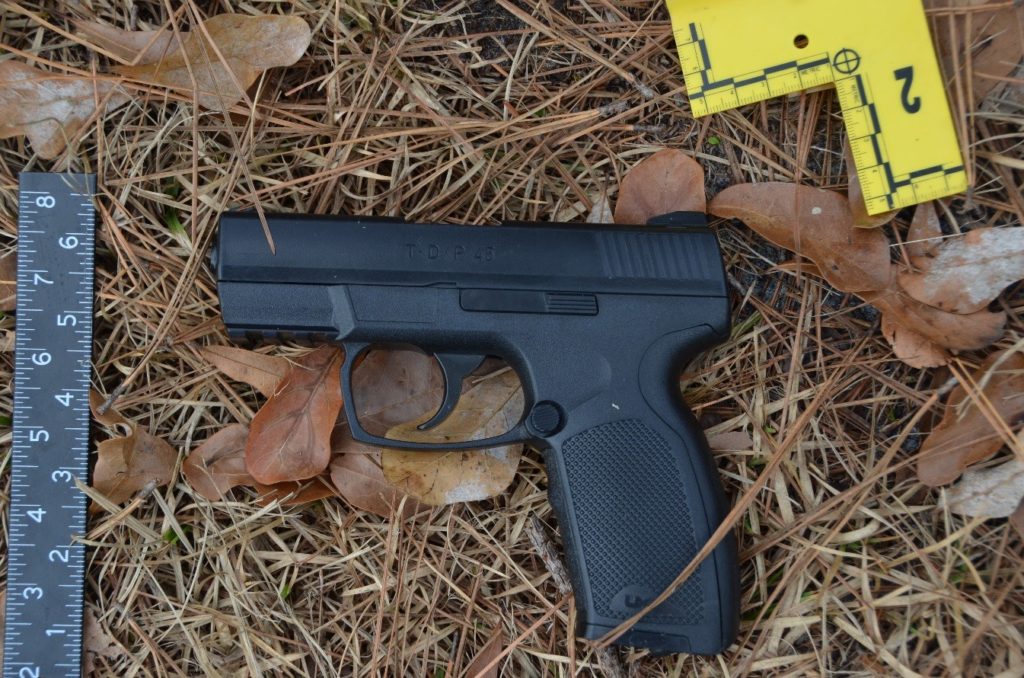 Chatham County District Attorney Meg Heap presented the case to a grand jury on May 21.

The latest: A grand jury determined this week that the Savannah, Georgia, police officers and U.S. marshals involved in the January fatal shooting of Ricky Boyd will not be indicted in the 20-year-old black man’s death.

In their 9-page report, the jury — comprised of 19 jurors: nine black, nine white, one Latino — said the shooting was “justified” because the BB gun Boyd had in his hands resembled a real gun. The report also said that the eight officers who had opened fire on Boyd did so to defend “what reasonably appeared to be Ricky Boyd’s imminent use of unlawful force” against the officers, adding that the shots fired were “reasonably necessary.”

Officials released body camera footage from one of two cameras that were activated during the officer-involved shooting. The footage is a bit shaky and grainy, but the jury said in their report that they did not see Boyd raise his hands, per the officers’ requests and, at one point, Boyd is seen taking a shooter’s stance, “holding something that is consistent in size and shape with a gun.”

What the family says: “We are saddened, but not surprised by today’s decision,” William R. Claiborne, the lawyer representing Boyd’s family, said in a statement in response to the grand jury’s decision. “We have said from Day One that Ricky never murdered anyone.”

Claiborne told the NewsHour in an email that several basic facts still haven’t been made available, including who specifically shot Boyd and how many times he was shot by officers.

Claiborne held a news conference after the grand jury’s decision, in which he criticized the U.S. Marshals policy against body cameras, adding that there should be better transparency following an officer-involved shooting.

“Between the tragic events of Jan. 23 and the decision, the public has been subjected to a one-sided, calculated campaign of misinformation,” the chief told reporters. “We have intentionally remained quiet throughout the course of this process in an effort to preserve its integrity,” he added.

In its report, the jury also addressed the conflicting police statements, saying they were released as information became available. “Although different, each statement made to the media was truthful and accurate,” the report read, adding that the information was given “in good faith to the media.”

What’s next: The Chatham County district attorney said the Justice Department will open a federal investigation into the case.

“I welcome a second review by the Department of Justice,” she told reporters.

Original incident: During the early morning hours on Jan. 26, a Milwaukee police officer confronted NBA rookie Sterling Brown over a parking violation, after the officer spotted a parked vehicle across two handicapped spaces.

Within minutes, the situation escalated when the officer requested assistance and more officers and squad cars arrived at the scene. Soon after, Brown is forced to the ground to be arrested. An officer then yells for a Taser, which is then deployed on Brown, who is then heard grunting in pain.

Months later, Milwaukee Police Chief Alfonso Morales apologized for the incident, saying that the officers had “acted inappropriately” in Brown’s arrest. Body camera footage was released as well, showing the excessive force used against Brown. A formal charge was never filed against Brown.

Milwaukee Mayor Tom Barrett this week criticized the police’s response, saying that this “type of behavior, whether it’s toward a professional athlete or any other citizen has no place in our city.”

Brown, in a statement posted May 23 to Twitter, said, “Situations like mine and worse happen every day in the black community.”

“There are no easy solutions to this problem, but there are strides that can be made to create change,” he wrote. “I will do my part in helping to prevent similar incidents from happening to the minority community in the future.”

Sources, however, told the Milwaukee Journal Sentinel that the officer who first confronted Brown was suspended for two days. The Journal Sentinel said two supervisors who later arrived at the scene were suspended as well, for 10 and 15 days, respectively.

Morales also said retraining would be involved for the department. However, city leaders have called for more transparency from the police department, the newspaper reported.

City officials admit Brown’s treatment by police was excessive, and his case is raising anger again about the treatment of African-Americans by law enforcement. Amna Nawaz gets two views from civil rights activist DeRay Mckesson and David Klinger of the University of Missouri-St. Louis.

What’s next: After the release of the body cam video, Brown said he planned to take legal action against the Milwaukee Police Department.

“Unfortunately, this isn’t an isolated case,” the Bucks’ statement read. “It shouldn’t require an incident involving a professional athlete to draw attention to the fact that vulnerable people in our communities have experienced similar, and even worse, treatment.”

Rep. Gwen Moore, a Milwaukee Democrat, said in a statement that the video of the arrest was an “appalling blow to the public trust and integrity by those who are meant to protect and serve our communities,” adding that it was “long past time” for Milwaukee police to instate immediate reforms.

She also said she is urging Congress to pass legislation to mandate de-escalation training for police academies nationwide. 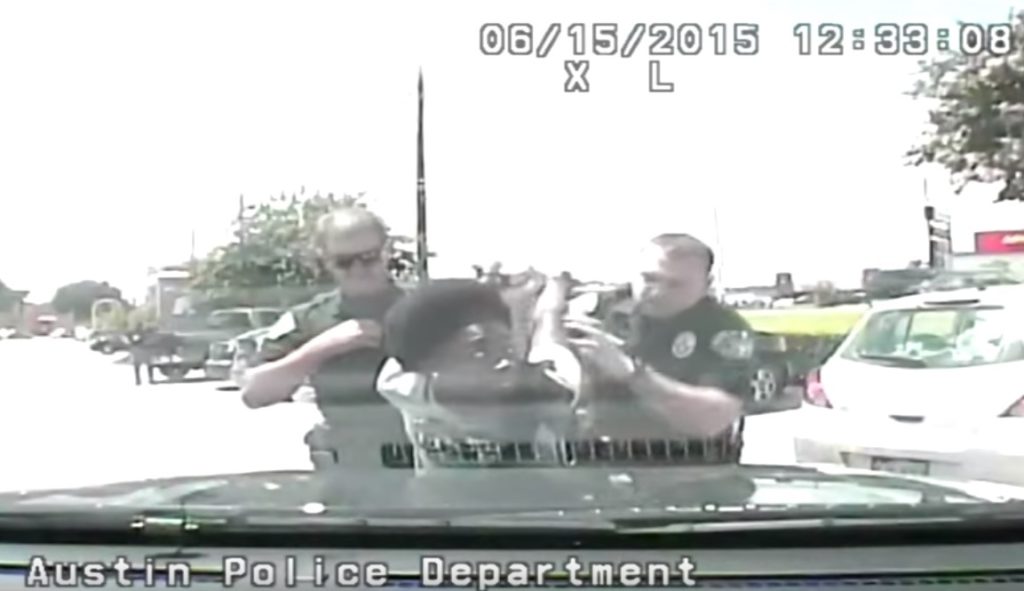 Dash-cam video footage of the encounter, obtained by the Austin American-Statesman, shows Austin police officer Bryan Richter appearing to pull King out of her car and throw her to the ground, following a verbal exchange. During the struggle, he appears to pull her to a standing position, force her arms behind her back and then throw her to the ground a second time, before securing the handcuffs. Richter, accompanied by a second officer, is then seen holding her arms up unnaturally high behind her back as she’s escorted to the back of the police car, and she can be heard saying, “Why are my hands so high?”

Once King is put into the back of the squad car, another Austin officer, Patrick Spradlin, is heard saying that people are scared of black people because of their “violent tendencies.”

King’s case received national attention when the dash-cam footage emerged. The incident was also the subject for the Oscar-nominated documentary “Traffic Stop.”

The latest: This week, Austin City Council members unanimously approved a $425,000 payment to settle an excessive force lawsuit filed by King against the city and Richter. Richter was fired earlier this year after a photo emerged of him using excessive force in a separate 2017 arrest.

What’s next: Four years after the incident, King said she continues to suffer from “extreme psychological injuries” and “mental anguish,” according to court documents.

Shortly after video of King’s arrest surfaced, the Austin Police Department said it would make changes to the way excessive force cases are handled. After this week’s settlement, Austin officials said they plan to continue improving training methods, to ensure that excessive force becomes a thing of the past. Local TV station KXAN reported that interim police chief Brian Manley plans to meet with King and her attorney next week.