David Iris Strachan was 29 years old in 1976 when a doctor told him that he is intersex.

At a clinic in Santa Clara County, California, Strachan learned through genetic testing that he had Klinefelter syndrome, which occurs when an individual is born with XXY chromosomes. Its symptoms vary, but the condition is often marked by small testes that produce little to no testosterone, above-average height and small breasts. “I’ve always identified as in-between [male and female],” Strachan said.

Strachan is also non-binary, a gender that is neither male nor female. And he is one of a growing group of people pushing for legal recognition of their nonbinary gender — efforts that follow Jamie Shupe, who became the first legally nonbinary person in the U.S. through an Oregon court order in June, and reached a new frontier in California with Kelly Keenan, who became the second legally non-binary person in the U.S. in September. Those victories have spurred people around the country who are now planning to change their legal gender to non-binary.

“Every time someone like me is forced to check an ‘M’ or an ‘F’ box … that’s my government saying I don’t exist.” — Kelly Keenan

Until recently, “only males and females have legally existed,” Strachan said.

He, and many other non-binary people, want their gender to legally exist, too.

States look at gender beyond ‘M’ and ‘F’

When a Portland judge granted Shupe the gender change, making them the first legally non-binary person in the U.S., the decision resonated with activists around the country.

“I started getting contacted over Facebook messaging by many individuals in California and a few around the country saying, ‘I want to do this too, can you please help me?’” Toby Adams, an attorney and co-founder of the Intersex and Genderqueer Recognition Project, said.

READ NEXT: The complications of ID for non-binary people — and how it could change soon

Adams now represents Keenan, the first person to be declared legally non-binary in California and the second nationwide. Keenan said she was inspired by the Shupe decision. “When I saw that, I thought, there’s absolutely no reason this shouldn’t happen in California,” she said.

Keenan, 55, is also intersex. In 1977, when she was 17, her doctors discovered she was genetically XY — a condition known as Swyer syndrome, which is typically marked by “undeveloped clumps of tissue called streak gonads” and non-functional ovaries or testes, according to the U.S. National Library of Medicine. At the time, she received surgery to remove undeveloped gonadal tissue, but did not fully understand the reason for that surgery until years later. When she did, “I was so upset that the secret was kept for so long,” she said. 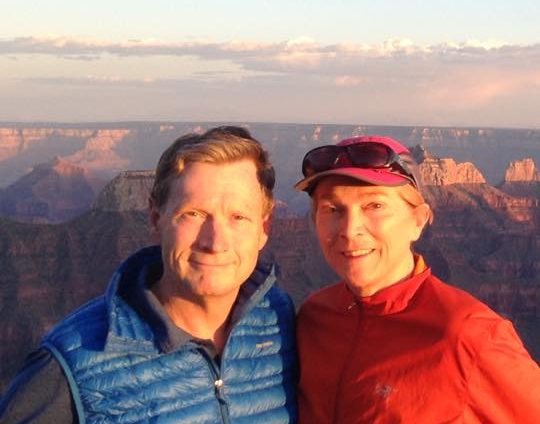 A retired paralegal, she arrived at the Santa Cruz courtroom prepared with a legal brief on her application to change gender. But she did not encounter resistance from the judge, who approved the change.

At least three people are planning to do the same thing in San Francisco in the next few weeks, according to Adams, Keenan’s attorney. The group is also working with people who are interested in changing their gender to non-binary in Santa Clara County, Alameda County and Sacramento County.

These cases are raising questions at state agencies like the Department of Motor Vehicles, which could soon expand the options for sex and gender on IDs in several states. Now, Shupe, Keenan and others who are beginning the process are wondering if those decisions will help them obtain licenses or other forms of identification that reflect a third sex or gender. Having an accurate license is a priority for people who say they face discomfort, harassment or even difficulties in obtaining health care because their appearance does not match the sex marker on their ID.

The outlook is positive for Shupe in Oregon. After waiting for several months, Shupe received an email in late September from the Oregon Department of Motor Vehicles, confirming that the department will be able to issue a new type of ID:

“Last week DMV received the okay to move forth with forming an advisory committee and drafting administrative rules regarding the capturing of sex on the driver license. The rules will allow DMV to capture and print an identifier for sex other than M for male and F for female on the driver license, permit, and ID card.”

“We’re in the early stages of assessing this matter and are not at a point where we can provide specific answers. As we work on this, we will collaborate with other states, including Oregon which received the first non-binary court order earlier this year, and the federal government to identify best practices and options for how to proceed.”

A long fight for recognition

A similar case is playing out on the federal level, with Lambda Legal currently representing Dana Zzyym in a lawsuit against the federal government. Zzyym, who is intersex, is seeking a third option for U.S.-issued passports. (Zzyym’s lawyer Paul Castillo has pointed out that such an option already exists under international passport standards: several countries, including Australia and New Zealand, allow passports to list “X” to denote sex, instead of “M” or “F.”)

Not all non-binary people are intersex like Zzyym, Strachan and Keenan. But these cases underscore the complications of classifying sex and gender, Keenan said. “Every time someone like me is forced to check an ‘M’ or an ‘F’ box … that’s my government saying I don’t exist and that people like me don’t have a place in this world,” Keenan said.

Researchers have not determined exactly how many people are born intersex, in part because the term covers a range of genetic and physical conditions. The Intersex Society of North America estimates that one in 1,500 to 2,000 babies are born with ambiguous genitalia, but disorders like Klinefelter syndrome could affect as many as one in 500 babies, according to the National Institutes of Child Health and Human Development. And no nationwide studies have focused on non-binary individuals, leaving a scant picture of how many people identify as such.

The push for recognition is set to expand next to New York City, where Keenan was born. Armed with her court order, Keenan has submitted a request to the New York City Department of Health and Mental Hygiene asking that the gender marker on her birth certificate be changed.

But what comes next in New York City is unclear. A Health Department spokesperson told the NewsHour via email that the department was “currently reviewing the case” and declined to answer further questions.

Keenan is hopeful that the efforts will bring more options for intersex and non-binary people, and that those changes will reach beyond California. “I became an activist to change things so that people who come up behind me have a different experience,” she said. “We deserve recognition for existing.”

This article has been updated to reflect the fact that Strachan’s diagnosis happened in Santa Clara.

Left: David Iris Strachan is part of a group of people planning to legally change their gender to 'nonbinary' in California in the coming weeks. He appears in New York City on Oct. 14, 2016. Photo by Corinne Segal/PBS NewsHour Weekend