Thousands left in the dark during NYC power outage

NEW YORK — A power outage struck the heart of Manhattan on the anniversary of a 1977 blackout— stranding passengers on subways, gridlocking drivers that had to navigate the streets without traffic lights and bringing the curtain down on Broadway shows.

The outage, which stretched 30 blocks from Times Square to the Upper West Side, left around 73,000 customers without power Saturday night for about four hours.

Con Edison CEO John McAvoy said a problem at a substation caused the 6:47 p.m. power failure. Electricity was restored to customers and businesses affected by the outage by around midnight, according to a statement from the utility.

McAvoy said the exact cause of the blackout would not be known until an investigation is completed.

The outage stymied subway service throughout the city, affecting nearly every line. New York City’s Emergency Management Department said the A, C, D, E, F, M, 1, 2, 3, 4, 5, 6 and 7 trains had resumed running in both directions by around 2 a.m. Sunday. 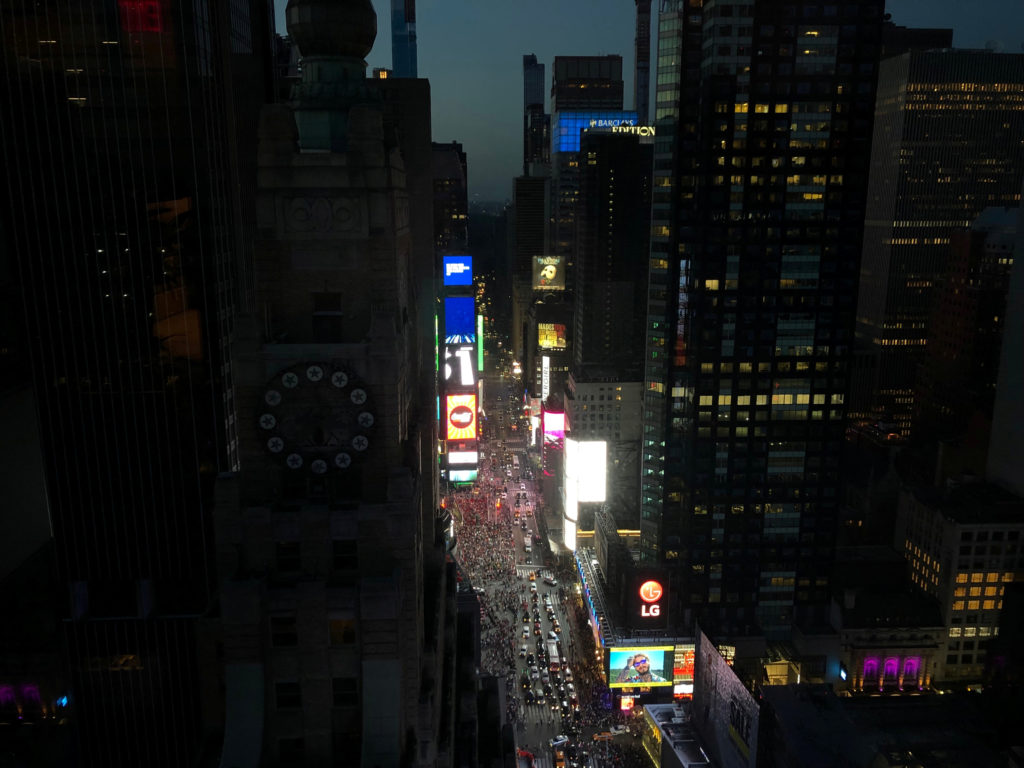 New York Gov. Andrew Cuomo said no injuries were reported and praised emergency officials for their response to the blackout, which he called “unacceptable.”

“You just can’t have a power outage of this magnitude in this city” Cuomo said. “It is too dangerous, the potential for public safety risk and chaos is too high, we just can’t have a system that does that, it’s that simple at the end of the day.”

New York City Mayor Bill de Blasio was campaigning on the presidential trail in Waterloo, Iowa, when the power outage struck. His press secretary, Freddi Goldstein, tweeted just before 10 p.m. that de Blasio cut short his Iowa visit and was headed back to the city.

The mayor commended New Yorkers for handling the blackout “with that trademark NYC grit and toughness” in a tweet.

The outage comes on the anniversary of the 1977 New York City outage that left most of the city without power.

Thousands of people crowded the streets Saturday evening, using their cellphones as flashlights while they tried to stay cool amid the humid July evening, where temperatures hit the low 80s. 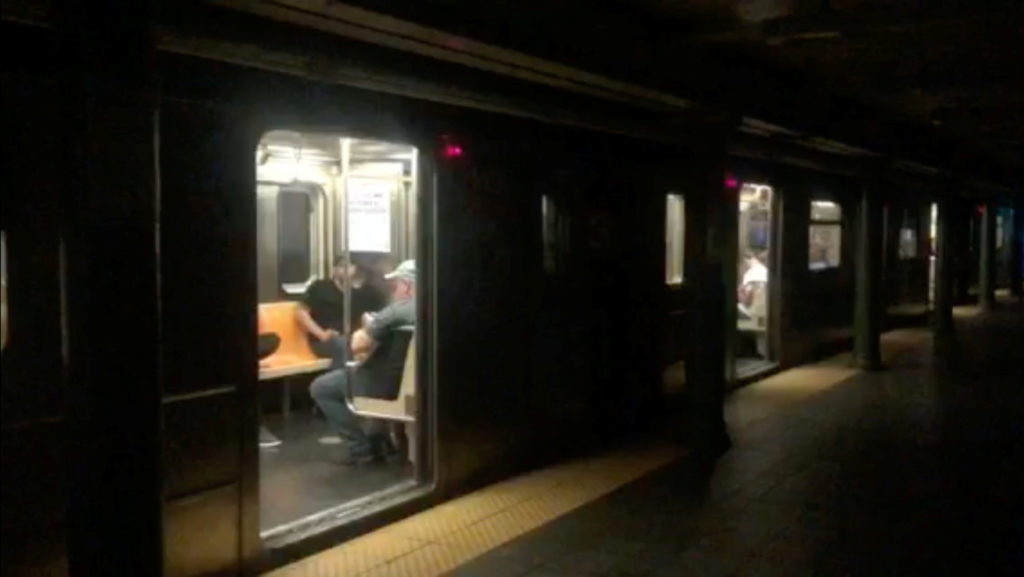 Passengers in a subway train at the 66th Street station during a blackout caused by widespread power outages, in this still frame taken from video, in the Manhattan borough of New York City, U.S. July 13, 2019. Photo by Aleksandra Michalska/Reuters

For hours before the power flickered back on, doormen stood with flashlights in the darkened entrances of upscale apartment buildings along Central Park West, directing residents up flights of stairs. Police and deployed troopers directed traffic at intersections to the soundtrack of sirens and horns, while people in the neighborhood known as Hell’s Kitchen took it upon themselves to guide traffic in the absence of stoplights and walking signals.

In the theater district, marquees darkened just before evening performances were set to begin. Most Broadway musicals and plays canceled their Saturday evening shows, though some cast members staged impromptu performances in the street.

Jennifer Lopez’s concert at Madison Square Garden was cut short in the middle of her fourth song of the night, although officials at Penn Station below used backup generators to keep the lights on. Madison Square Garden, Carnegie Hall and the Lincoln Center for the Performing Arts were all evacuated.

Lopez later tweeted that she would reschedule the stop on her “It’s My Party” tour for Monday night at the same venue.

Left: People walk along a dark street near Times Square area, as a blackout affects buildings and traffic during widespread power outages in the Manhattan borough of New York, U.S, July 13, 2019. Photo by Jeenah Moon/Reuters