Becky Wartell was living in Portland, Maine and applying for jobs when she heard the first rumblings of Occupy Wall Street.

Her story mirrors many others who gathered in Zuccotti Park in lower Manhattan on Saturday, exactly five years after the protests began, reuniting with old friends and describing how a small encampment spread to cities across the country.

In 2011, after staying in Zuccotti Park for several days, Wartell expanded her trip to a week — and for the next five months, continued to commute back and forth from Maine, even when she took a job in Portland. “In the moment, I was like, ‘I have to be there. This is big. This is important,'” she said. 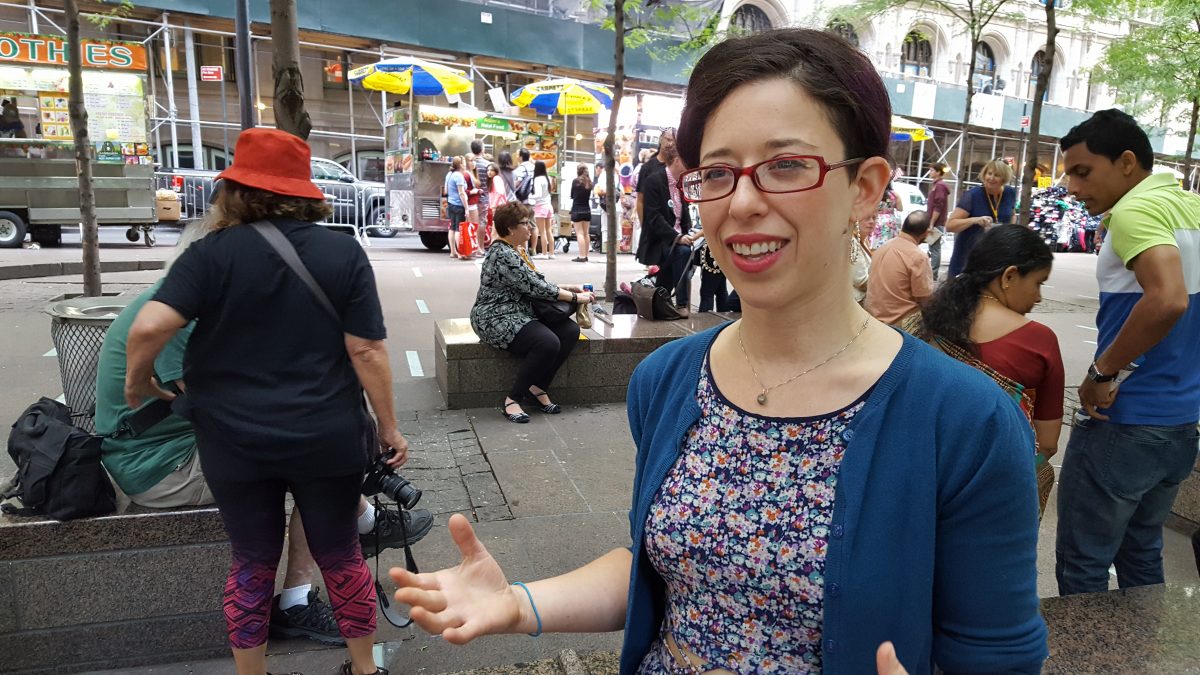 Becky Wartell came to Occupy Wall Street in 2011 from Portland, Maine, expecting to stay two or three days. She ended up staying a week, and in the weeks that followed would commute regularly between Zuccotti Park and her job in Portland. Occupy allowed people of many different backgrounds and beliefs to converge, she said. “Even when we disagreed, we were open to listening to each other,” she said.

Zuccotti Park became a space where activists from a range of different causes could converge to share ideas, as most of them claimed the common cause of protesting corruption on Wall Street. Critics asked why Occupy could not settle on a list of explicit demands and actionable goals for the movement — protesters answered that the purpose of the movement was not to make demands, but empower a range of communities.

The encampment ended in November 2011, when police cleared the camp and arrested more than 200 people. But by that time, offshoots had appeared in dozens of other cities, including Boston, Oakland, Portland, Minneapolis, Washington, D.C., Toronto, London and elsewhere.

We asked people who gathered there today what legacy Occupy Wall Street left on social issues, politics and activism. Here’s what they said. 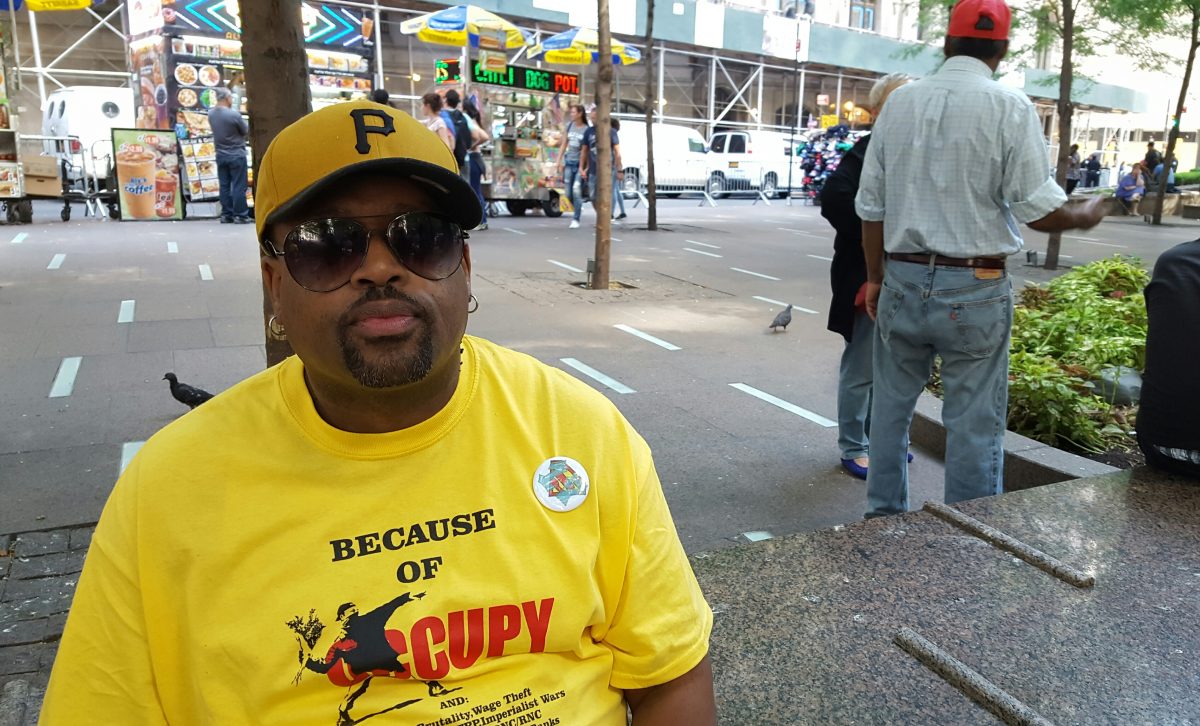 Sumumba Sobokwe said that protest movements, including Black Lives Matter and protests against the Trans-Pacific Partnership, use methods of protest that developed within Occupy Wall Street. “The inspiration of Occupy — how we do mic checks, how we conduct meetings, how we do actions — all of that came out of Occupy Wall Street,” he said. “People won’t give us proper credit, they think that we’re dead, but you can see that there are people here. We’ve inspired that.” Photo by Corinne Segal 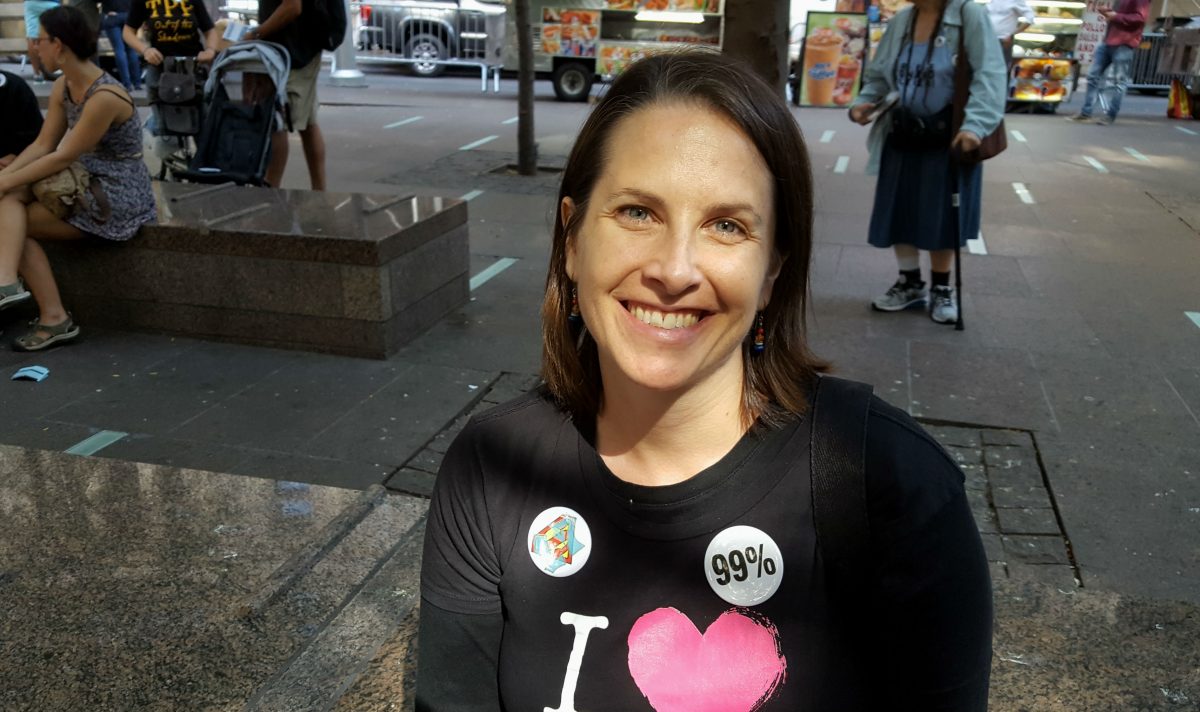 Heather Hurwitz is a post-doctoral fellow at Barnard College, where her research focuses on Occupy Wall Street, feminism and gender. “Occupy is something that I think about every day. In part because it is my research, and also because Occupy has been the largest outpouring of people for economic change and democratic change that our country has seen over the last five years,” she said. “It’s part of a global wave of protest. There’s the Arab Spring, the Indignados movement in Spain, the uprisings of Chilean students, so I see myself as part of the global wave for democracy. We didn’t have that before Occupy.” Photo by Corinne Segal 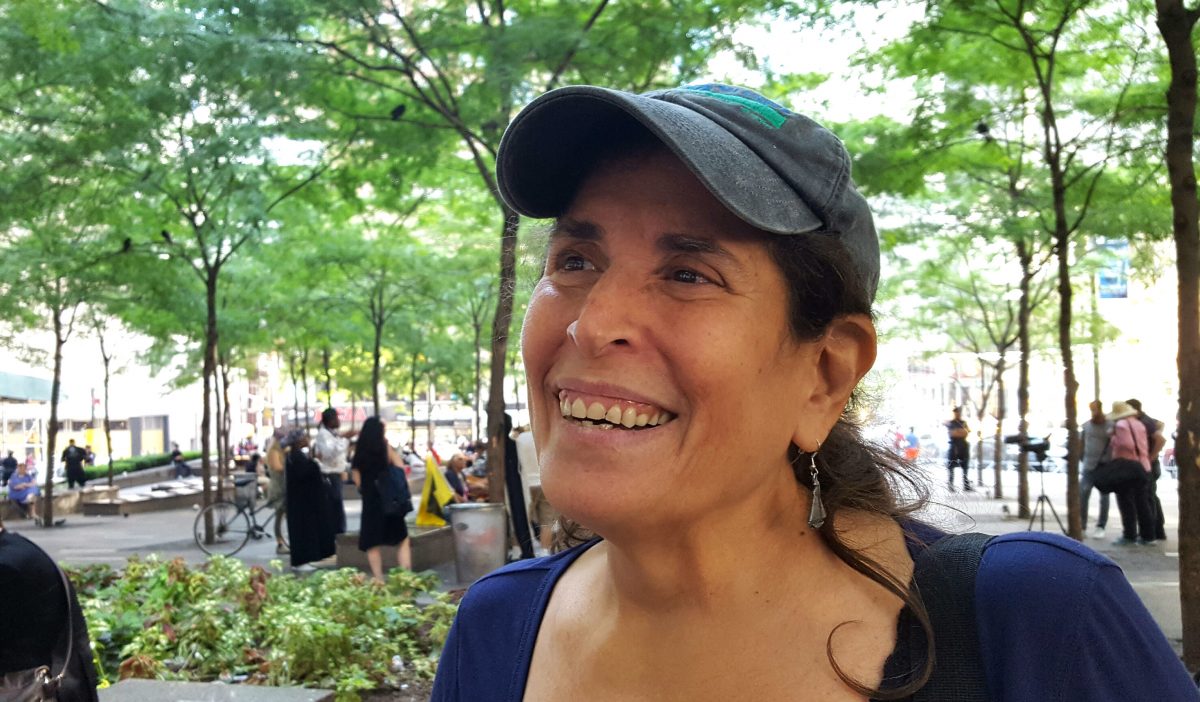 Donna Stein, who protested at Occupy Wall Street in 2011, drew a line between those events and this year’s presidential election. “So many people go politicized or re-politicized because of Occupy and saw hope because of Occupy that it lives on, whether it has that name or not,” she said. Photo by Corinne Segal 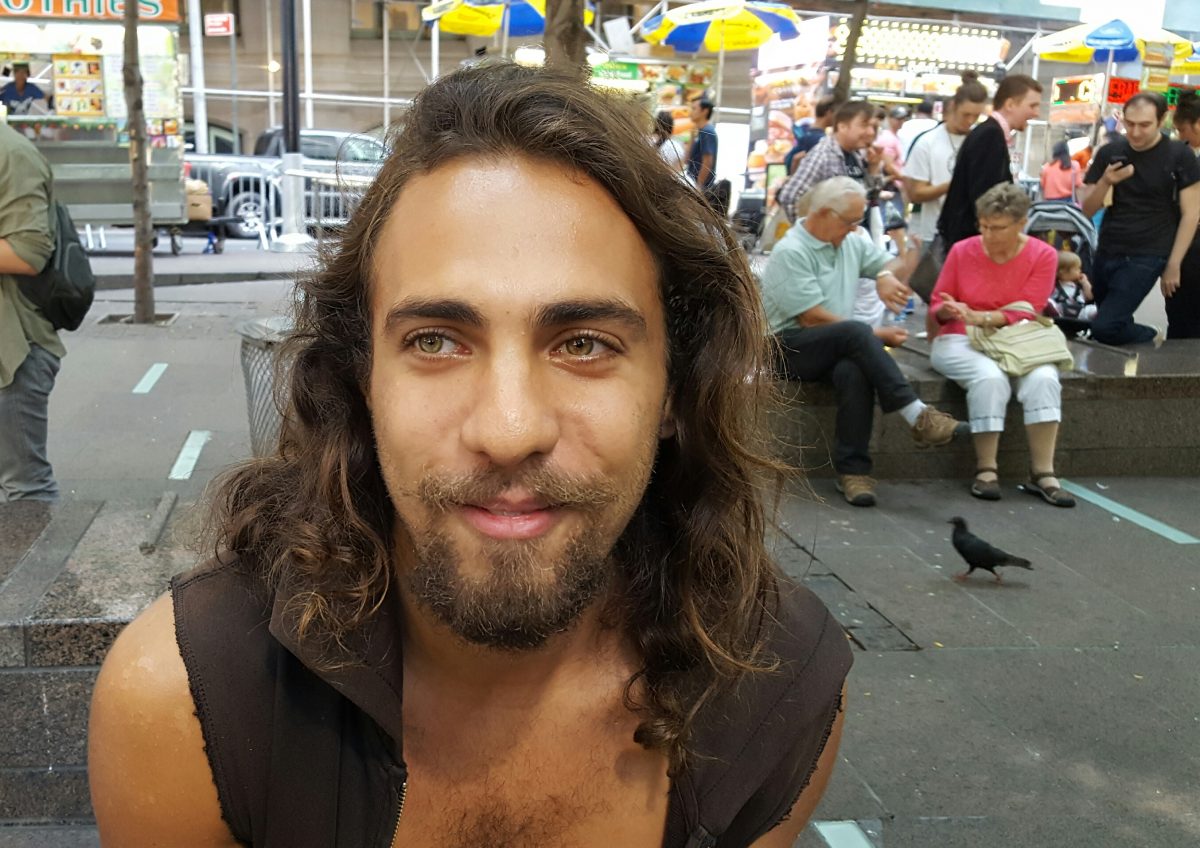 Milo Gonzales said he saw Occupy Wall Street as part of a global wave of protest in 2011. “Occupation spread throughout the country and the world, and people started having conversations all across the globe,” he said. Photo by Corinne Segal 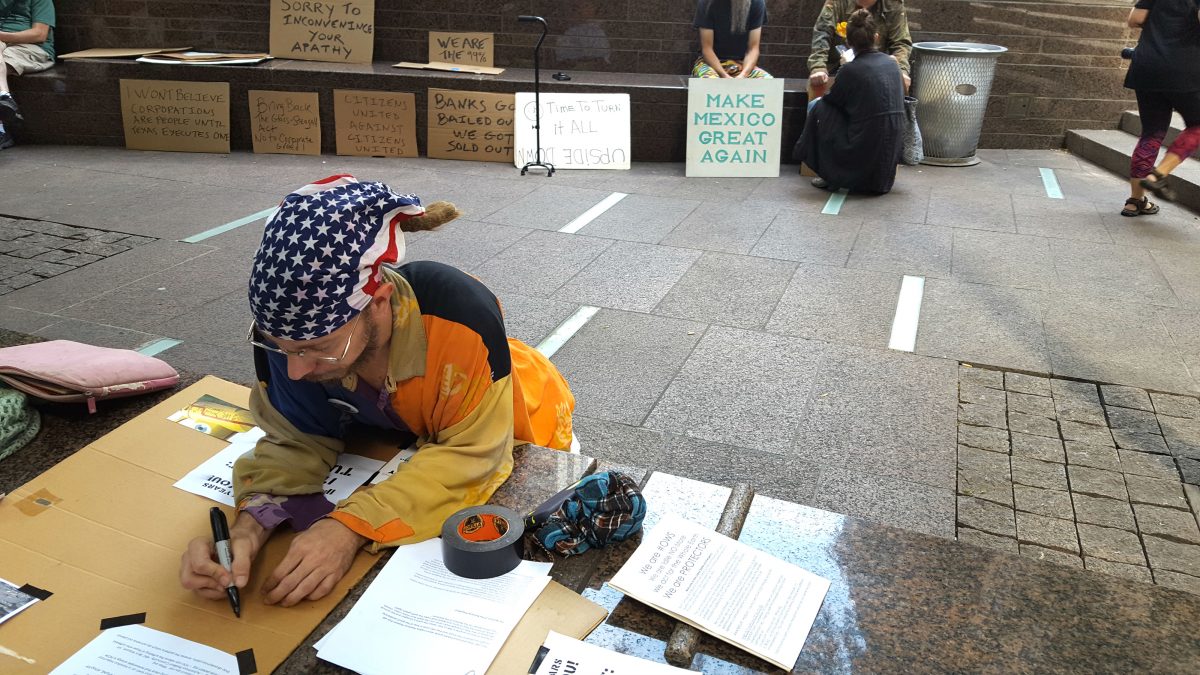 Eco Lake helps operate a farm in Wassaic, New York, which he said became a hub for community organizing in the years following Occupy. “The magic of Occupy, the reason it was viral and contagious, the reason people were so energized and empowered is that no matter what your cause was, no matter which social problem you’ve been subjected to, you are part of the 99 percent. It was that empowering umbrella,” he said. Photo by Corinne Segal 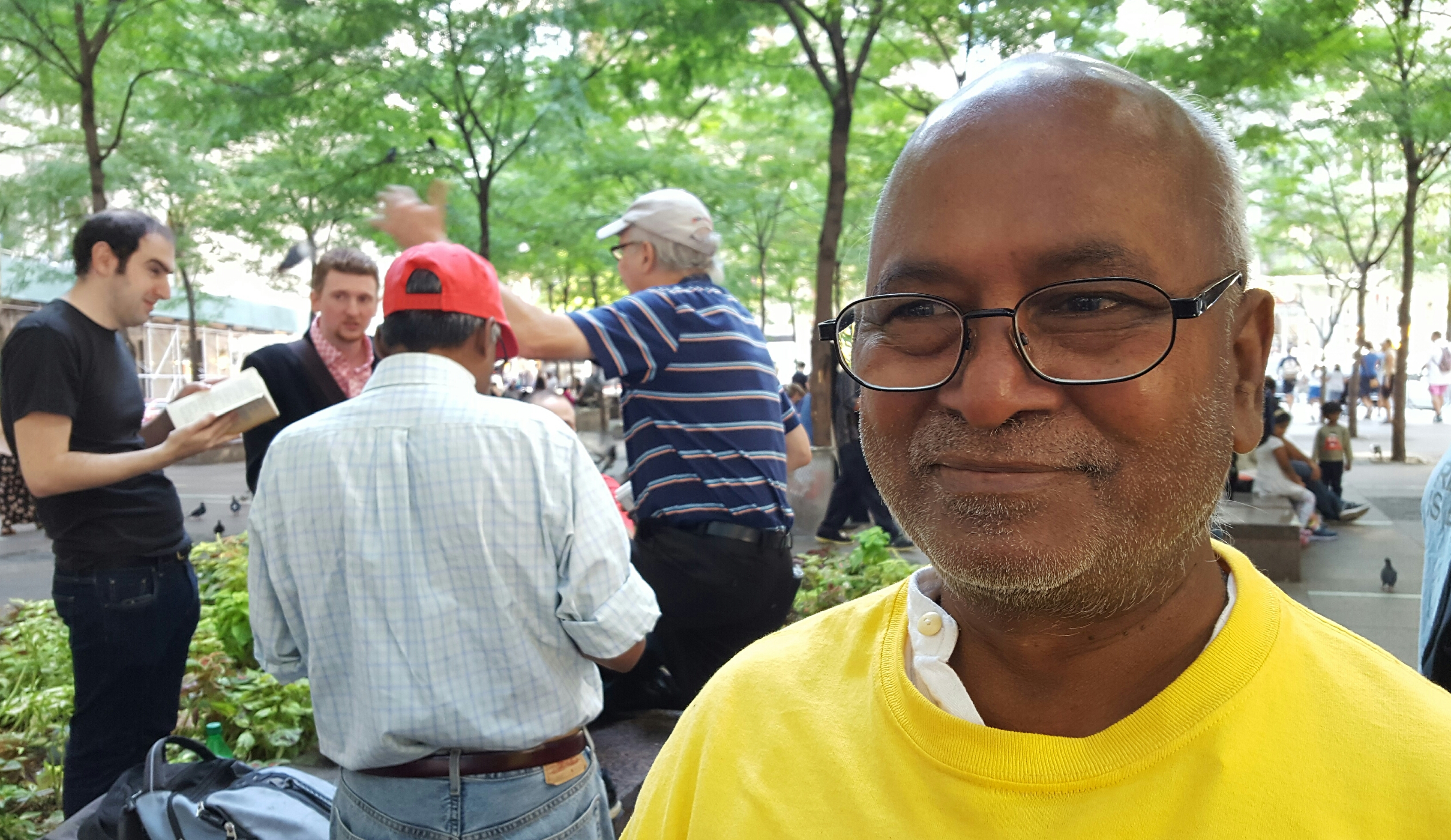 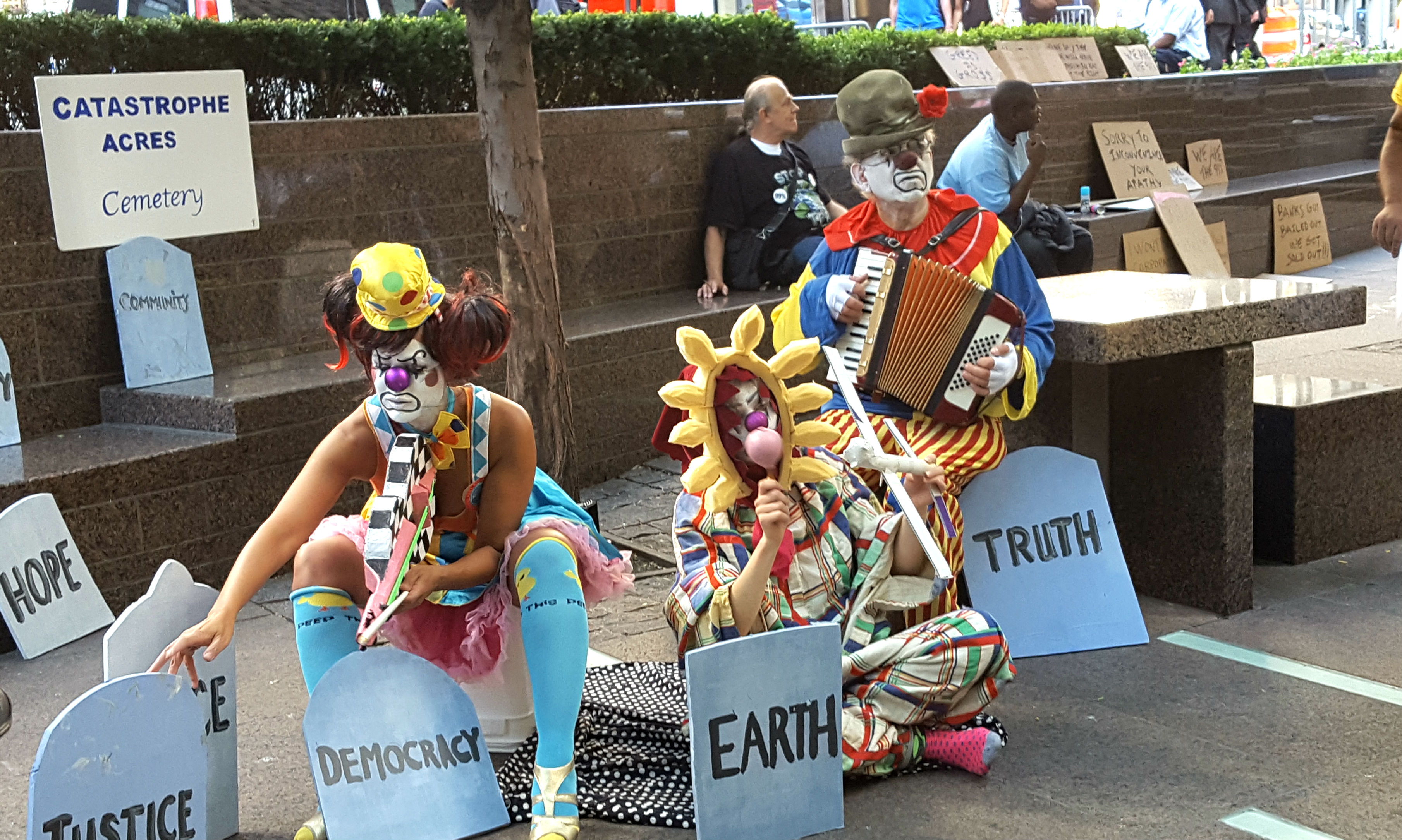 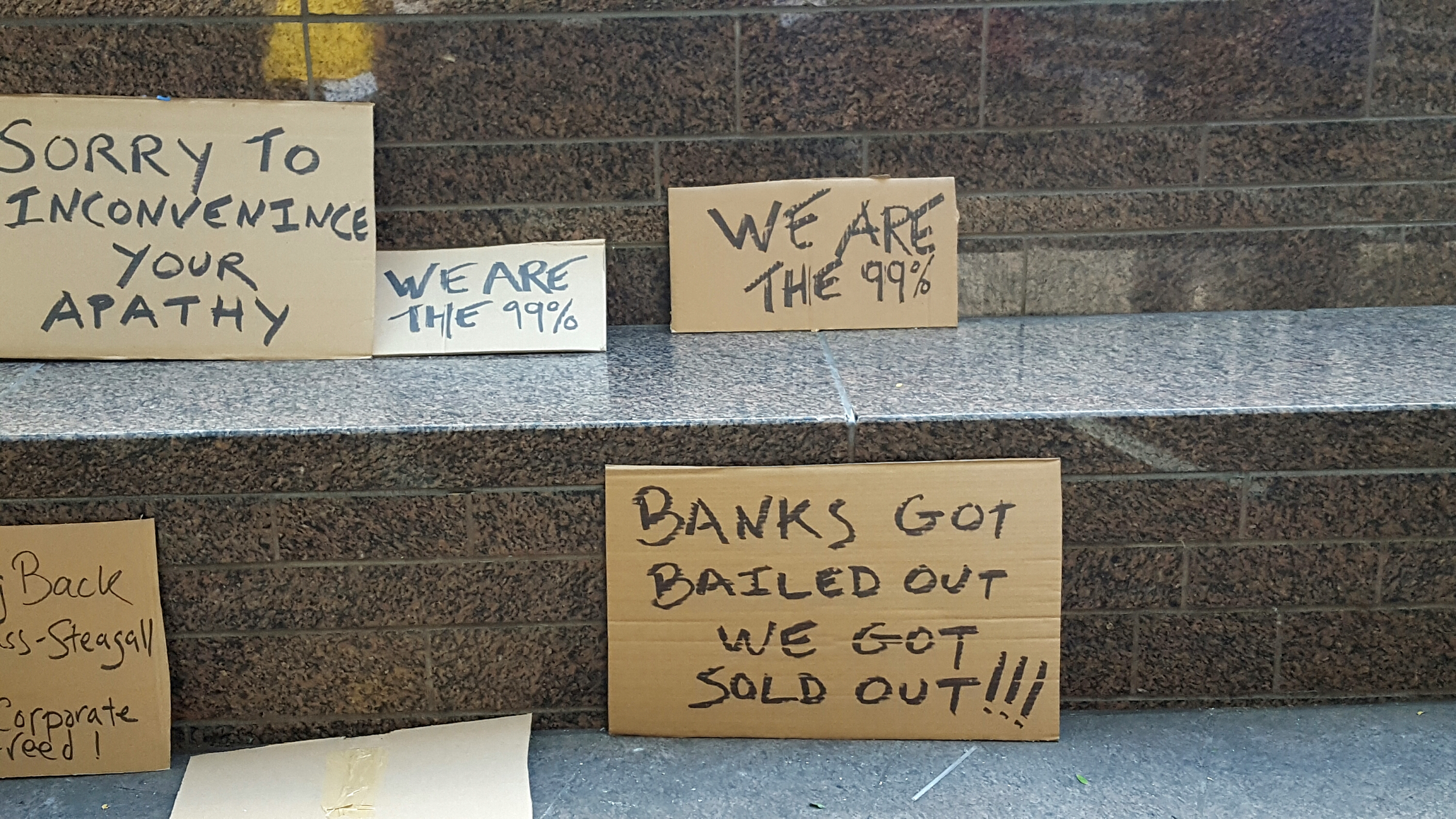 Signs appear in Zuccotti Park on Sept. 17, 2016, on the fifth anniversary of Occupy Wall Street. Photo by Corinne Segal

Left: Brooke McGowen said the legacy of Occupy Wall Street exists within protest movements of the last five years. "Whether it’s Black Lives Matter, or whether it’s helping people who are being foreclosed on, there are a lot of things that it became," she said. Photo by Corinne Segal