Alisha Malaska had an important question at this week’s parent-teacher conference: Why were her son’s textbooks falling apart?

Her son, a freshman at Bethany High School in Bethany, Oklahoma, is using a 2003 textbook to learn Spanish. His science textbook is 10 years old. While the state’s curriculum standards have changed several times over, the textbooks haven’t kept pace, she told the PBS NewsHour on Twitter.

She’s one of many parents and teachers across the state sharing pictures of decrepit or out-of-date textbooks during this week’s teacher strike in Oklahoma, where teacher pay ranked 50th in the nation until last week and where education funding as a whole has dropped drastically in the past decade. Ripped binding, torn pages and outdated information — such as listing the current president as George W. Bush, whose term ended in 2009 — have been a visible rallying cry as teachers demand better pay and more funding.

READ MORE: What you need to know about the Oklahoma teacher walkout

The people who teach Malaska’s son shrugged with understanding, she said. “We have really great teachers who do the best with what they have.”

Here are some of the pictures of Oklahoma textbooks that have gone viral as the strike has taken off. 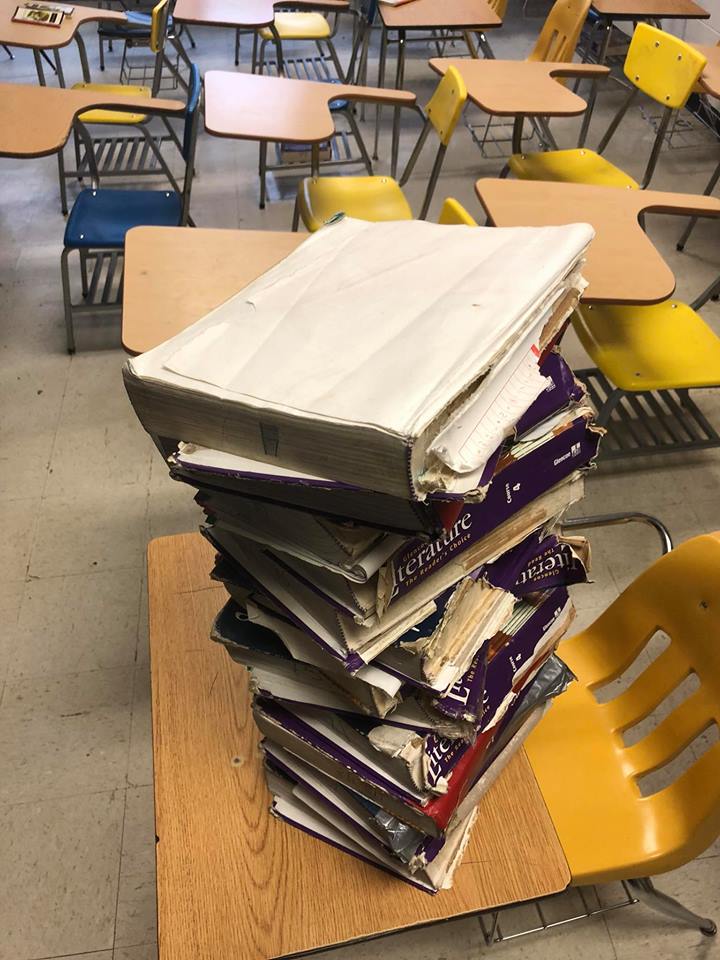 Sarah Jane Scarberry teaches English at Heavener High School in Heavener, Oklahoma. This picture shows the books used for her 9th grade English course. The books were published in 2007 — when her current students were about 2 years old, she said.

“Pretty sure that one in the middle is the exact one I used when I was in HS in Oklahoma…30 years ago,” one user responded to another version of the textbooks circulating on Twitter. “The Oklahoma history book we used in the late 80s was published in 1956. Wonder if they have updated it.” 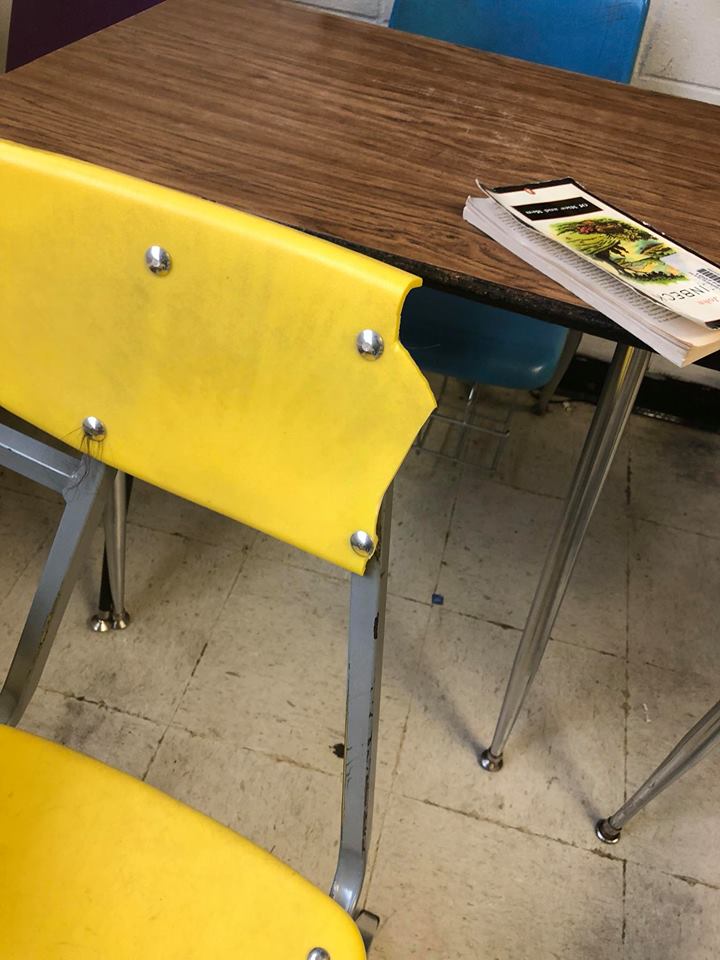 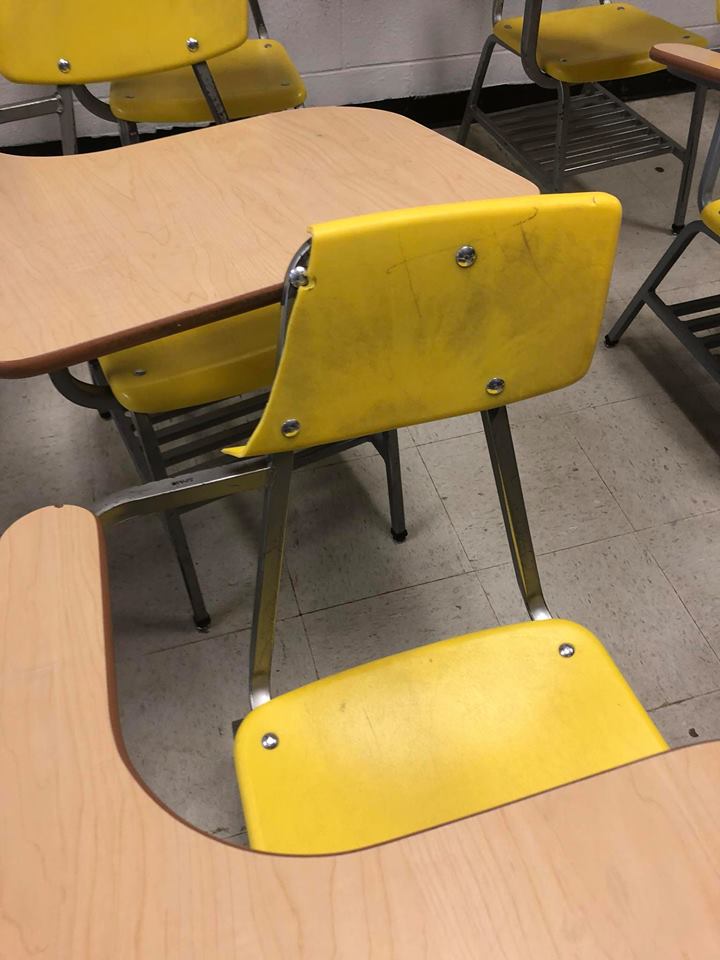 Along with the photos of old textbooks, Scarberry also sent pictures of deteriorating desks, whose seat backs are broken and jagged. She and her students normally take good parts from several desks to create one that’s usable, she said.

“I will say, our district does try very hard to supply our needs,” Scarberry said, “But not all needs are met and quite frequently we know better than to even ask.”

One of the reasons it’s not over yet…This is a textbook from my daughter’s class. It’s a history book and the current President in it is George W. Bush. We can do better Oklahoma. #OklahomaTeacherWalkout#oklaed #oklaleg @gophouseok @oksenategop @housedemsok @oksenatedems pic.twitter.com/F5FE3JcFQh

Twitter user JamieBH73 said this was taken by her daughter in Owasso, Oklahoma.

“I love our school district in Owasso. They do the best they can with what they have and some use a lot of their own money for supplies,” she told the NewsHour on Twitter. 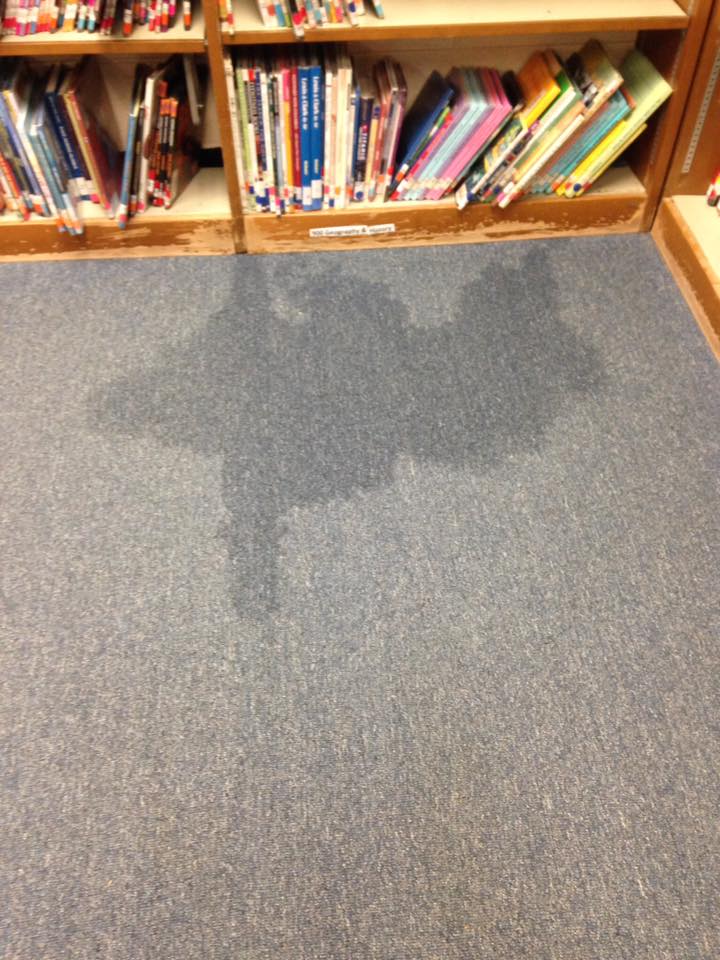 Donna Pritchett, a librarian at Lincoln Elementary School in Pryor, Oklahoma, said her school’s library has leaked in the same spots for more than five years. Every time it rains, she shuffles around bookshelves, to try to save what books are still free from water stains. 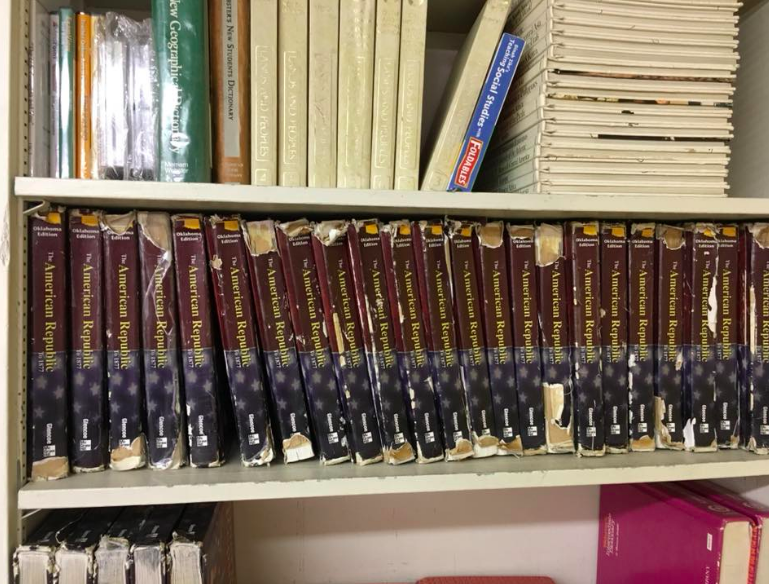 U.S. history textbooks currently in use in one 7th grade classroom in Oklahoma. 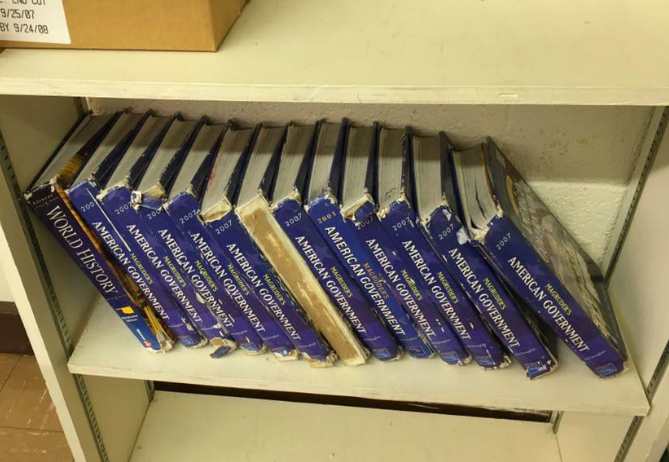 When one Oklahoma civics teacher moved into his classroom, it came with the world history books above. They’re the only world history book he has to teach 7th grade social studies (due to the sensitive nature of the teachers’ walkout, NewsHour agreed not to use the teacher’s name). “I assume it was a sample.”