People love public libraries, but they aren’t using them

Most people say public libraries provide communities with essential resources for literacy and education, but the number of people who actually take advantage of library services may be slipping.

Two-thirds of Americans told pollsters that closing libraries would dramatically change their community. Of people surveyed, 85 percent said they think libraries offer early literacy programs that prepare children for school and that libraries should collaborate with local schools to help students learn, according to a recent study from the Pew Research Center.

And about three-quarters of respondents said that libraries should serve as technology hubs where people can learn how to use computers, smartphones and apps as well as how to navigate online privacy and security.

46% of people age 16 or older say they have visited a library or bookmobile in person in the last 12 months.

One strategy that libraries have successfully pursued is rebranding themselves as gateways to a high-tech, plugged-in world, said Lee Rainie, director for Internet, science and technology at Pew Research Center.

“Libraries have their own space in the educational ecosystem of a community,” he said.

The public may say they think libraries are important, but people’s words don’t match their actions.

It’s too soon to know if these results signal a downward trend in library foot and web traffic, Rainie said. To find out, researchers will ask about actual library use in surveys this year and next year.

Public Wants Libraries to Advance Education, Improve Digital Literacy and Serve Key Groups
Percent of those ages 16+ who say that libraries should definitely, maybe or definitely not do these things 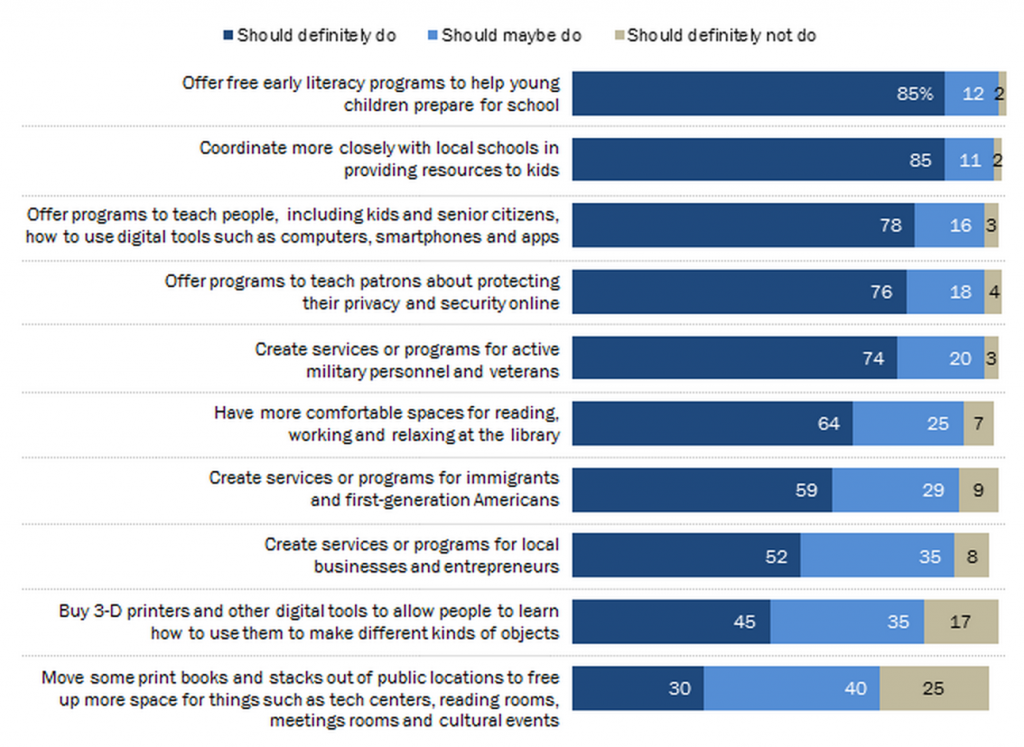