American Pharoah and jockey Victor Espinoza performed one of the sports world’s rarest feats Saturday, winning the Belmont Stakes, the third and final race needed to clinch the elusive title of Triple Crown champion. The win, only the 12th of its kind in history, ended a 37-year Triple Crown drought, and quieted skeptics who questioned whether it was possible to win the title in the era of modern horse racing.

The three-year old bay colt finished 5 1/2 lengths ahead of runner-up Frosted to win the Belmont Stakes, the longest and most demanding of the series of three races that comprise thoroughbred horse racing’s most prestigious achievement.

The other two races in the Triple Crown are the Kentucky Derby, where American Pharoah won by a length this year, and the Preakness Stakes, where he finished seven lengths ahead of the competition in a driving rain.

Since the last winner, Affirmed, clinched the title in 1978, 13 horses have won both the Kentucky Derby and the Preakness only to fail the final hurdle of Belmont.

Included in those who have come close to winning the title before are Espinoza and American Pharoah’s hall of fame trainer, Bob Baffert.

Baffert has had three failed Triple Crown attempts, including two with Espinoza as the jockey: In 2002, Espinoza rode War Emblem to a disappointing loss at Belmont, and just last year Espinoza and California Chrome tied for fourth in the race.

The prize for the race was $800,000, 10 percent of which will go to Espinoza, who has promised to donate it all to City of Hope, a medical research and treatment facility to which Espinoza normally donates a portion of his winnings. 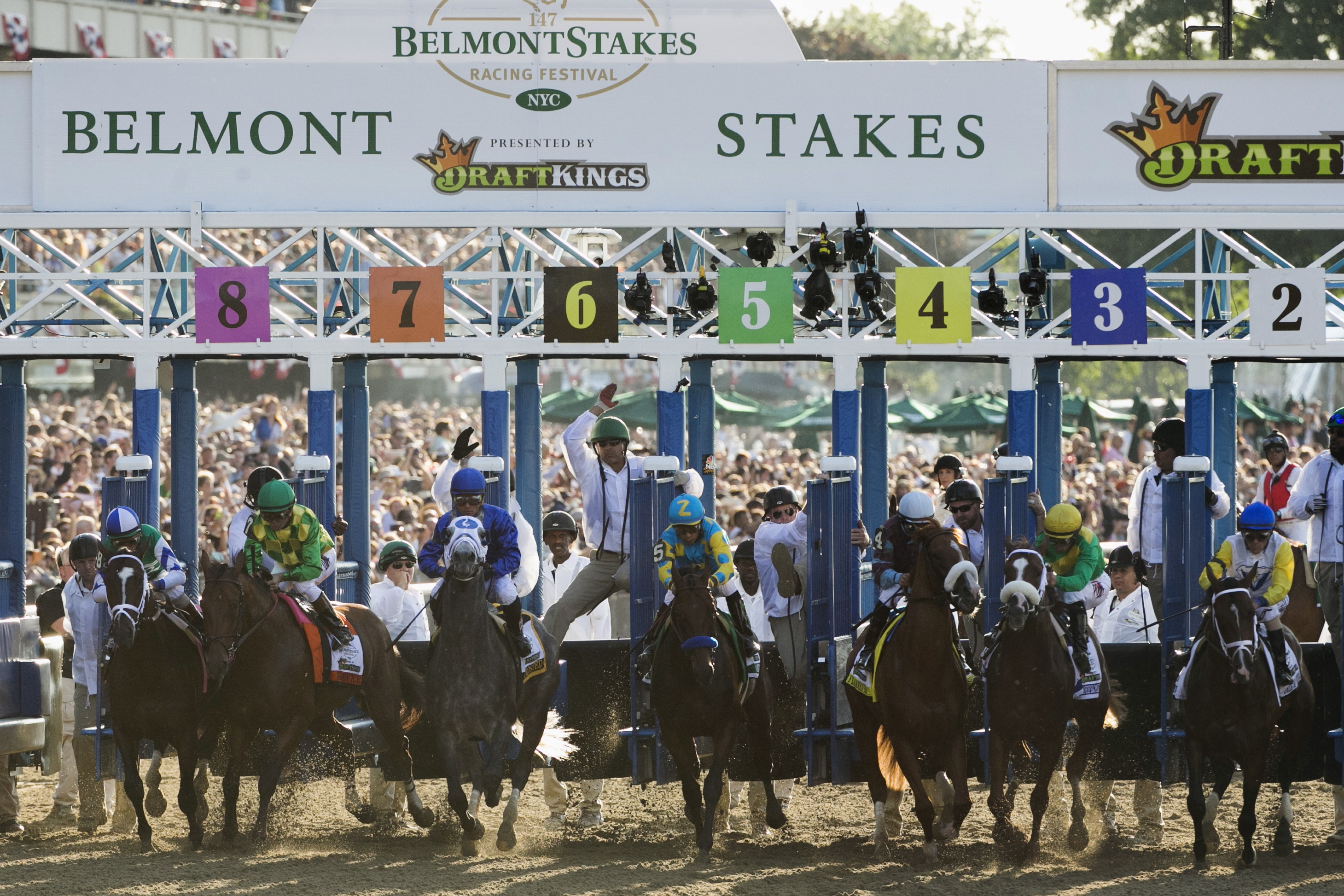 Jockey Victor Espinoza, aboard American Pharoah (C), takes off for the start of the 147th running of the Belmont Stakes as well as the Triple Crown, in Elmont, New York on June 6, 2015. Photo by Lucas Jackson/Reuters 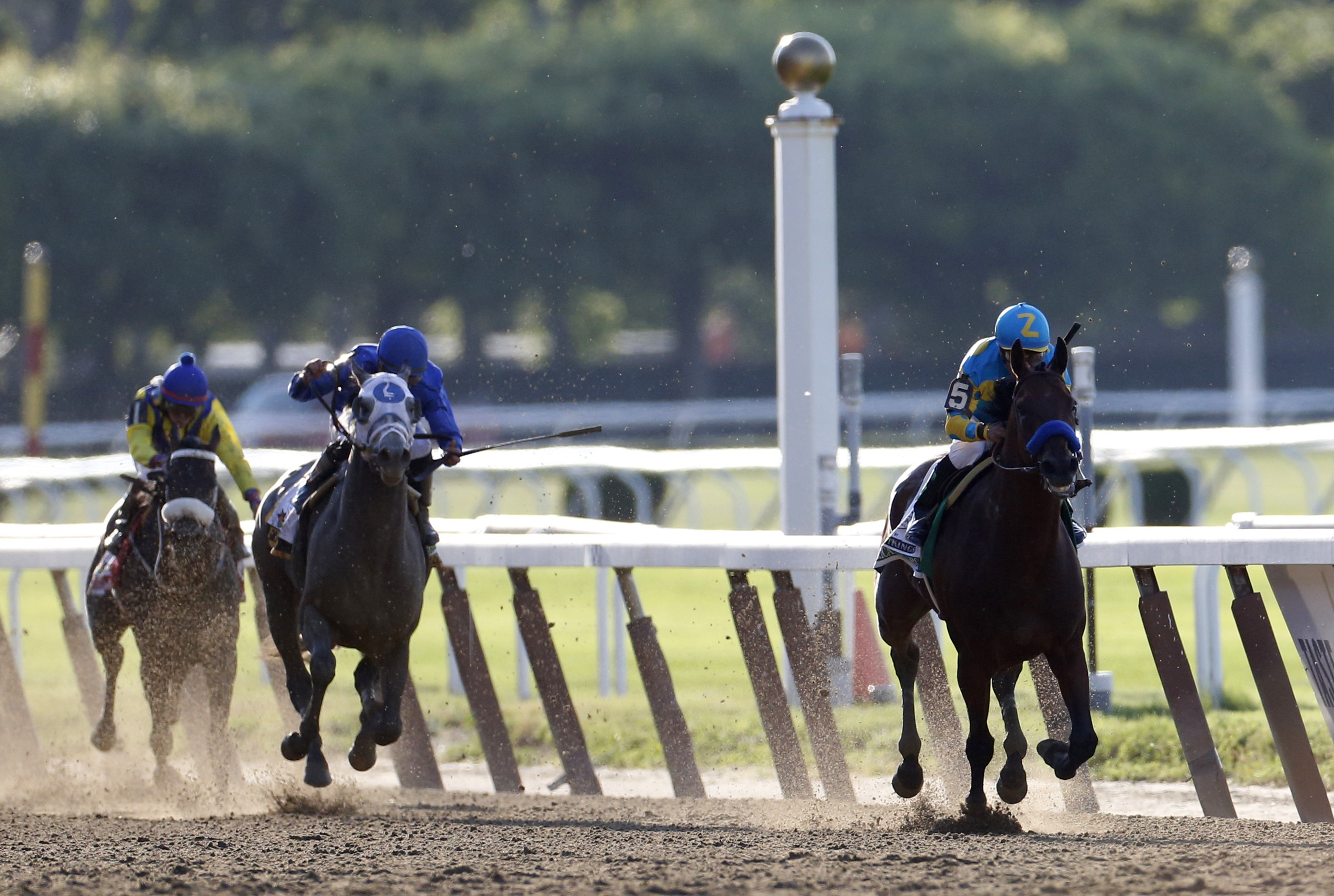 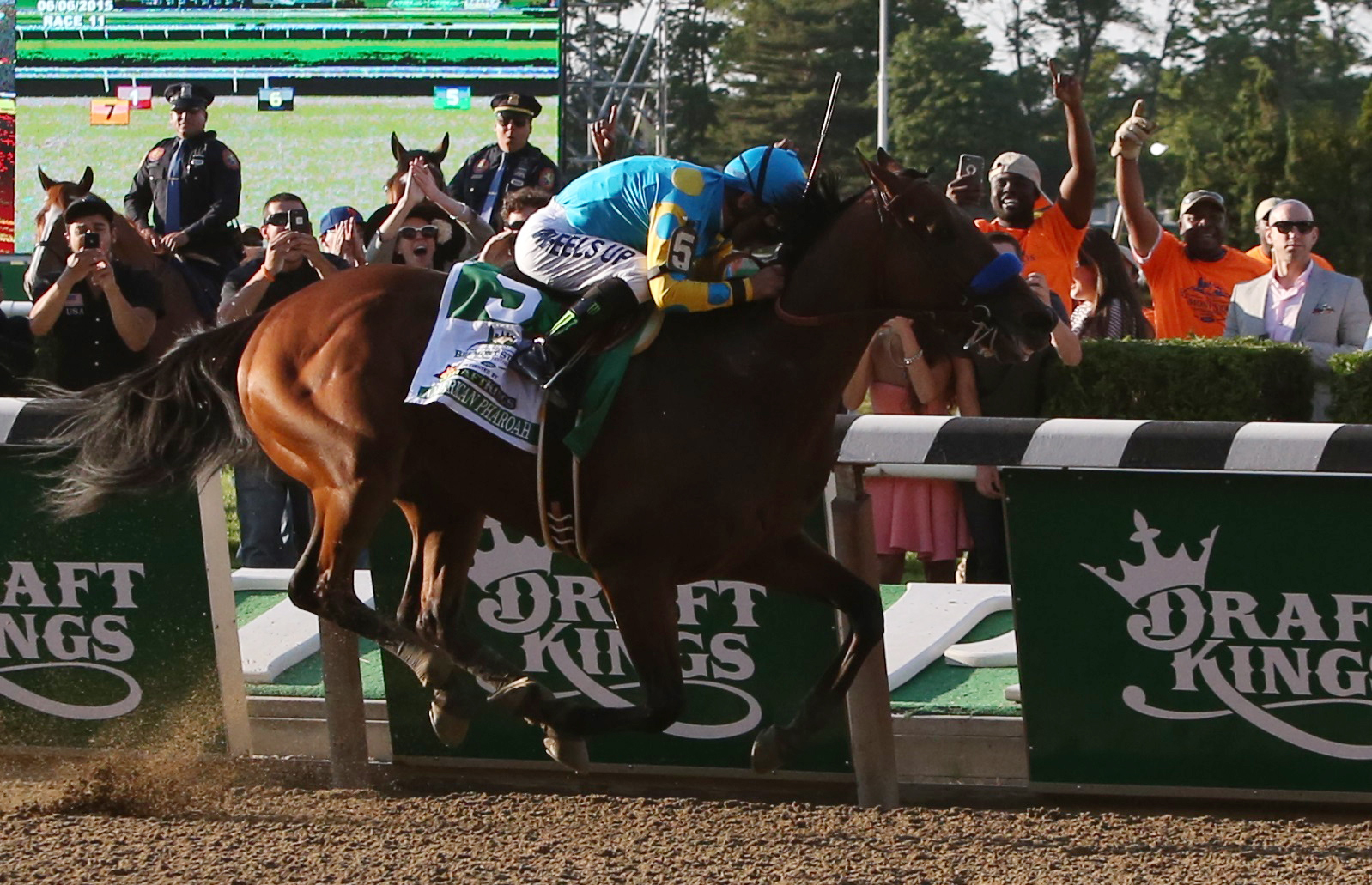 Espinoza and American Pharoah near the finish line. Photo by Carlo Allegri/Reuters 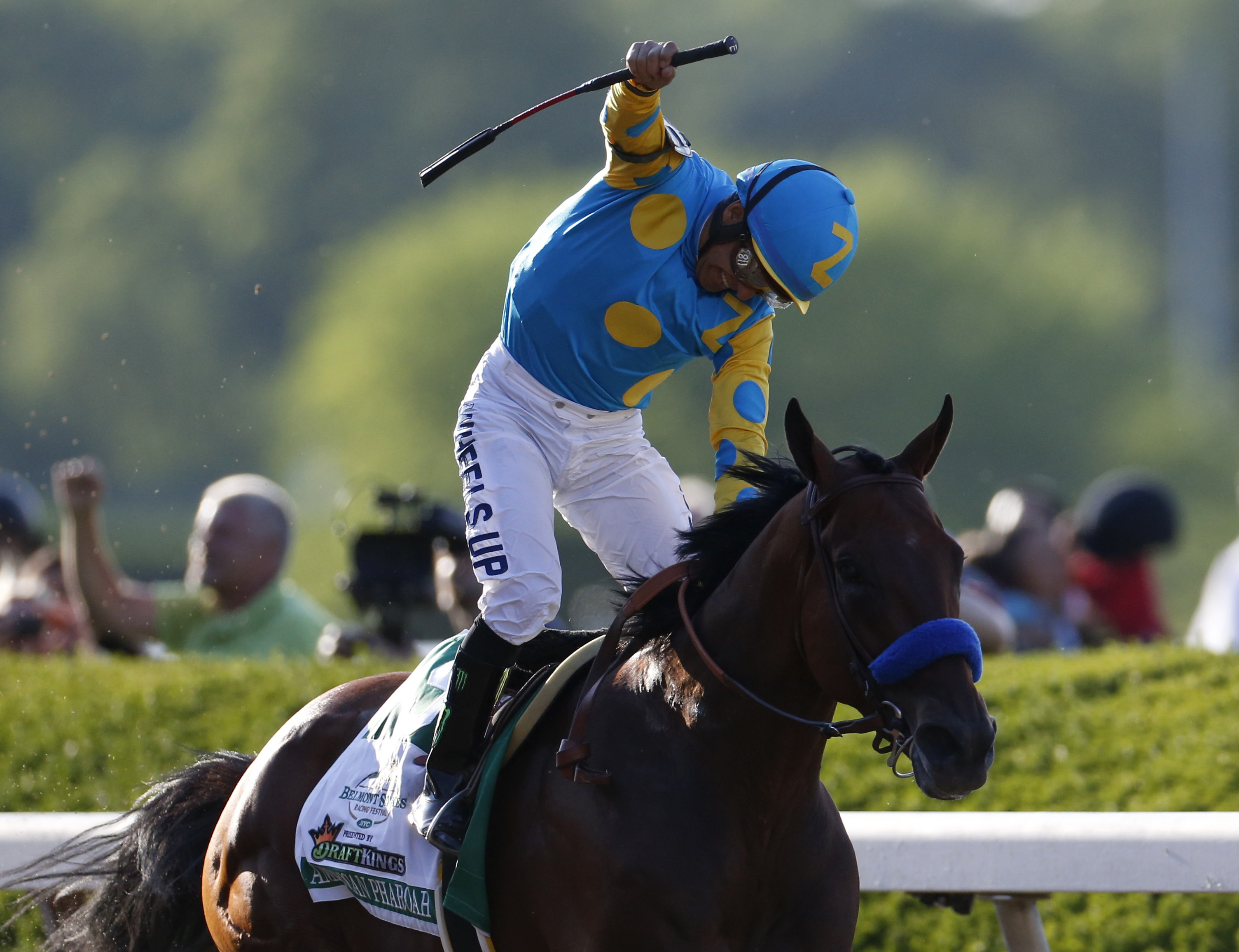 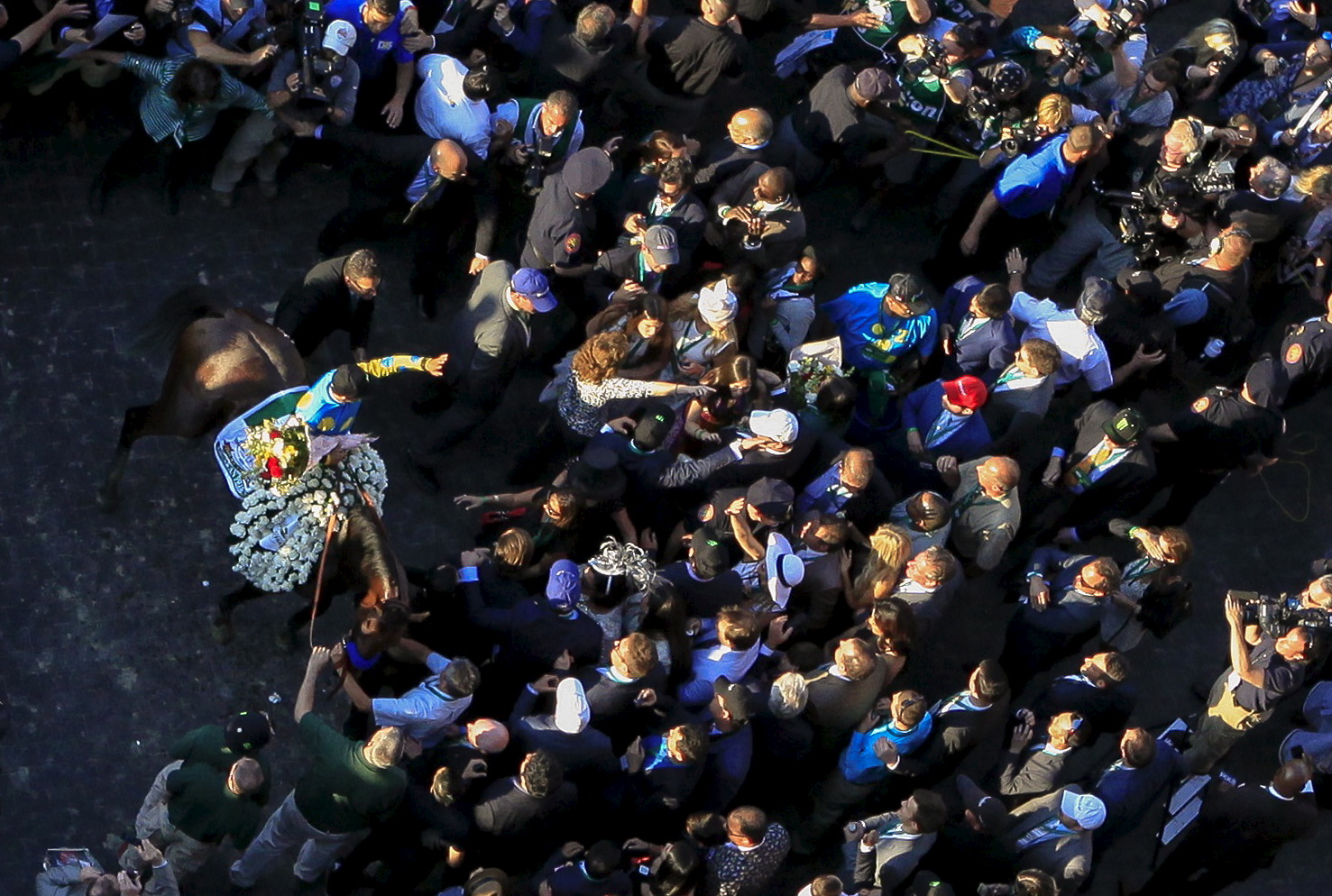 Espinoza, sitting atop American Pharoah, waves to fans from the winners circle after winning the Belmont Stakes. Photo by Carlo Allegri/Reuters 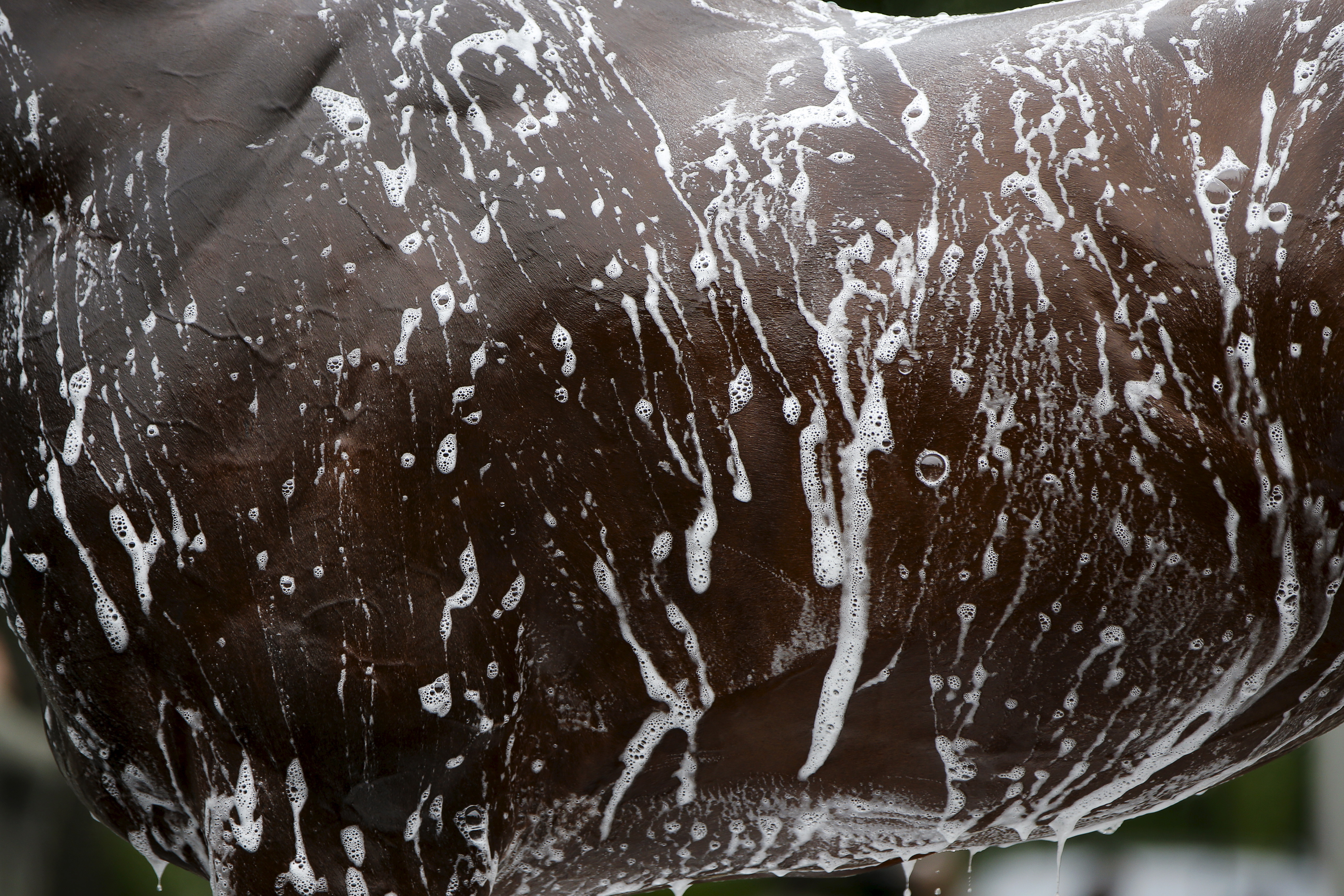 Soapsuds run off American Pharoah’s sides during a bath two days before he won the Belmont Stakes. Photo by Shannon Stapleton/Reuters 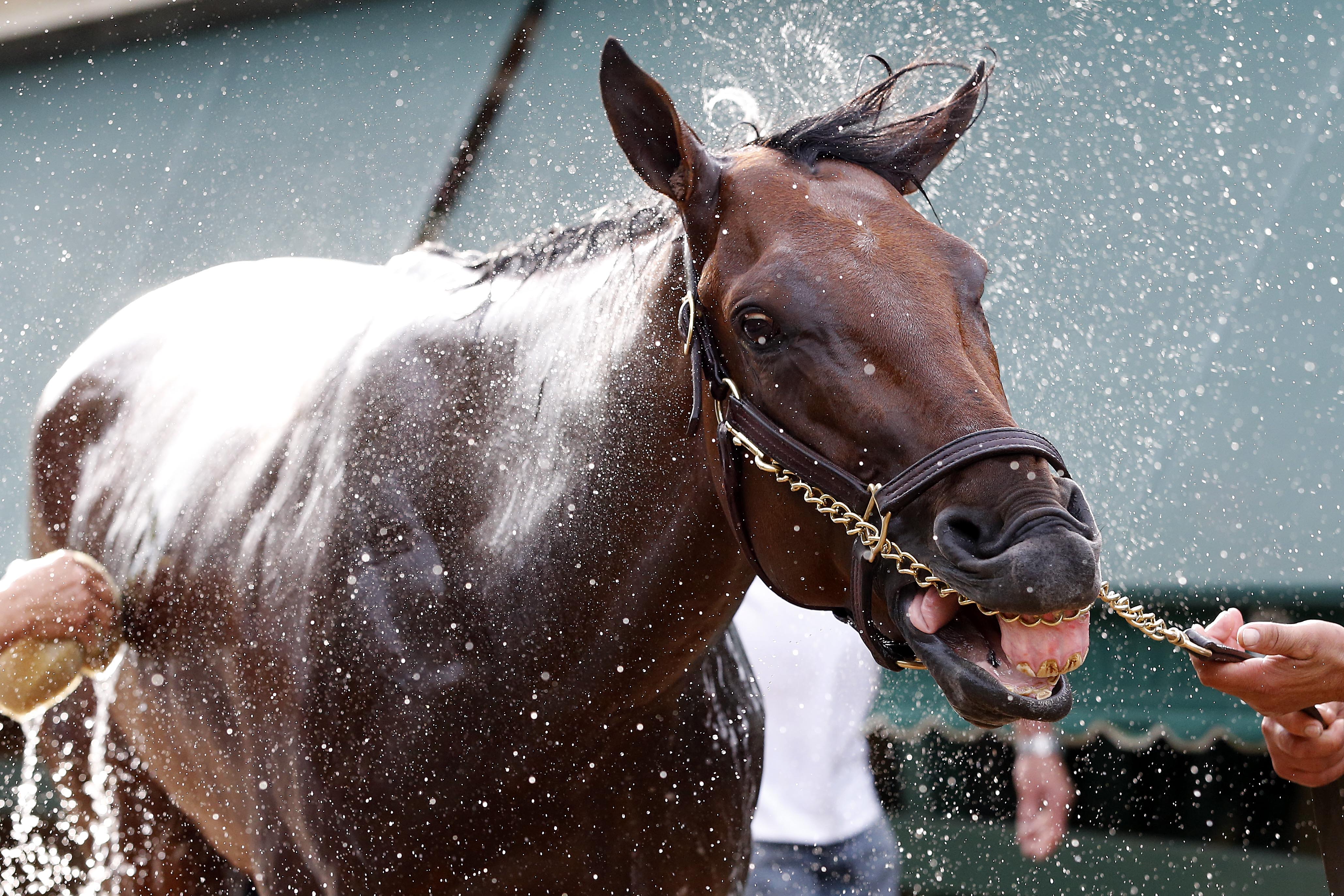 American Pharoah shakes himself off during a bath following a workout in preparation for the Preakness Stakes. Photo by Geoff Burke/USA Today via Reuters 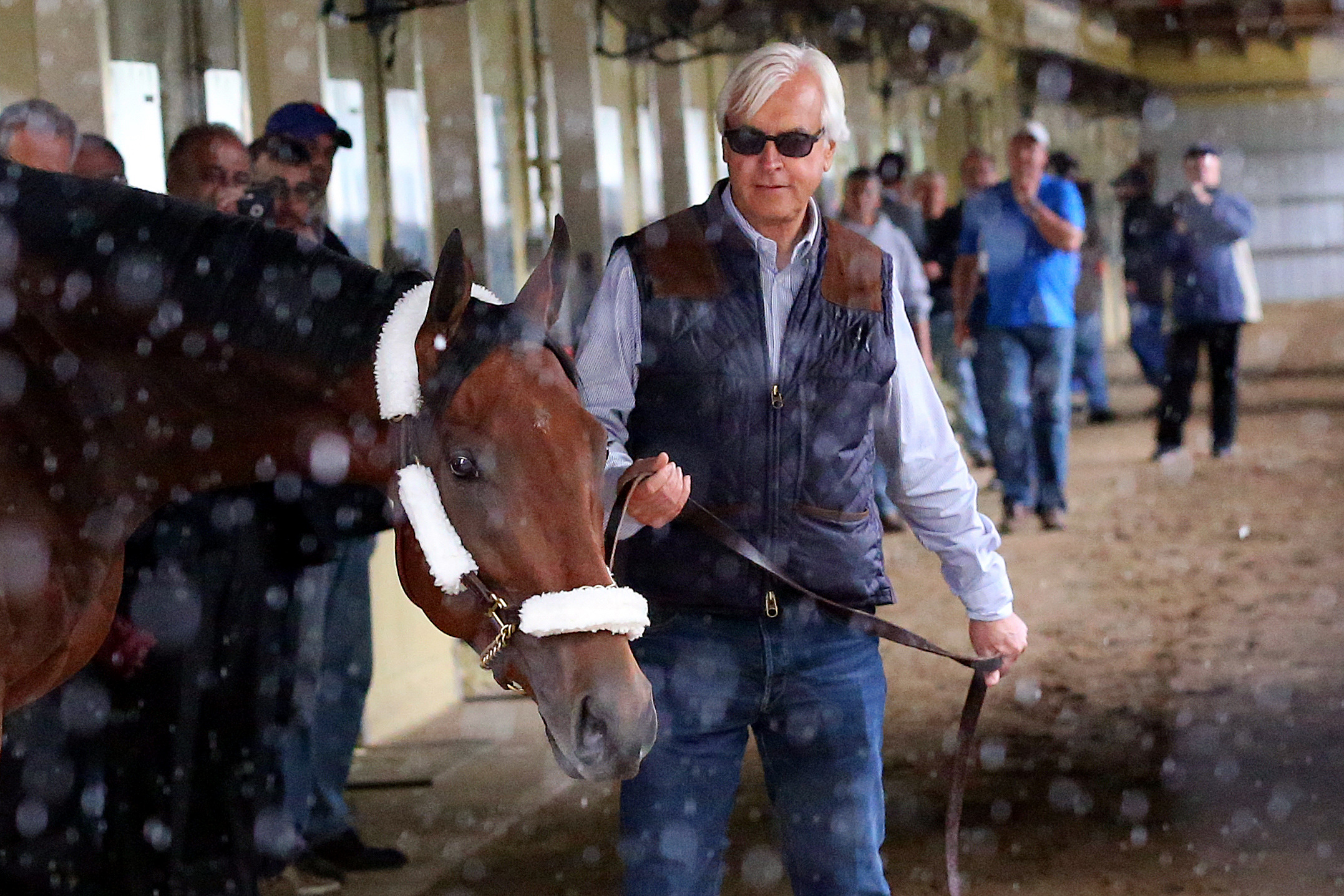