Photos of dead sea mammals and fish that were caught in fishing nets have outraged conservationists. Oceana, an international organization that focuses on ocean conservation, recently obtained these photos in February through a freedom of information request. The photos were taken over roughly the last ten years by federal employees of the National Oceanic and Atmospheric Administration, NOAA, who were monitoring by-catch: fish and other marine creatures caught by accident during commercial fishing.

The photos show seals, dolphins, whales, and other sea life that were caught in California commercial fishing boats that use drift gillnets — one mile-long mesh nets that are intended to catch swordfish, but end up catching other sea life as well. 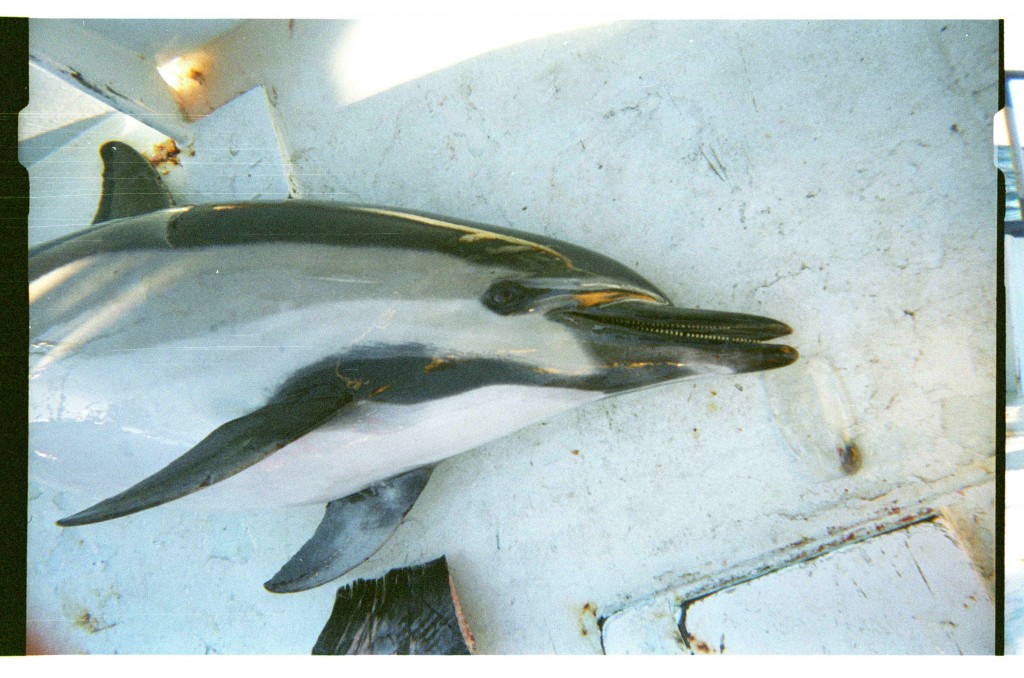 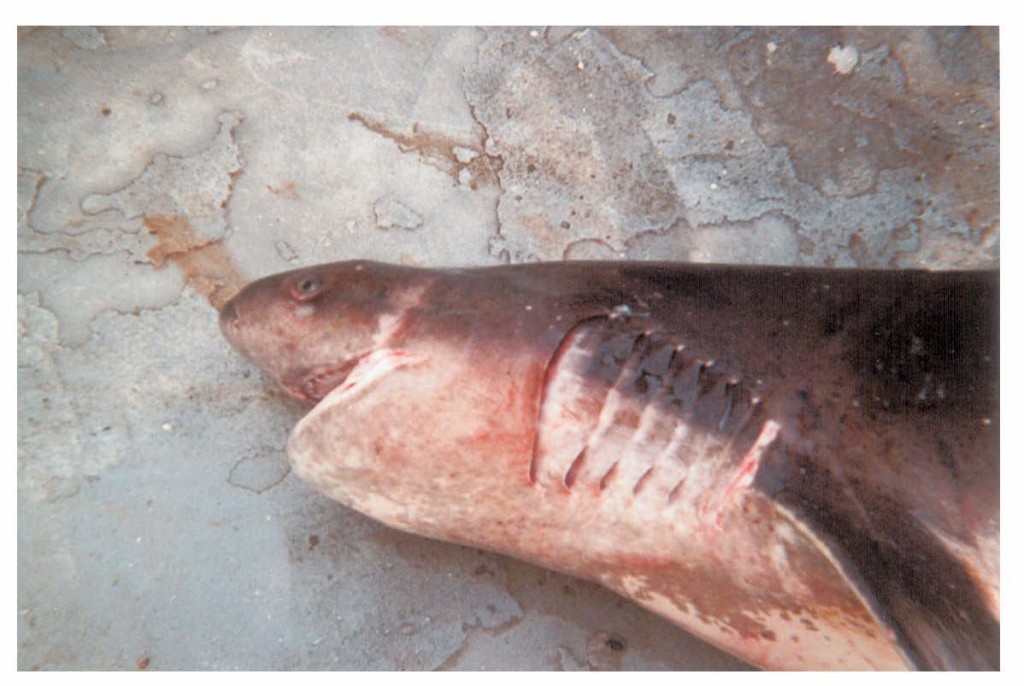 “In terms of the known deaths and mortality to a lot of these iconic species, whether you’re talking about large sharks, sea turtles, dolphins, and whales, I’m not aware of a single other activity that humans are doing that is actually causing the direct death of such a large suite and number of animals,” says Geoff Shester, California Program Director for Oceana.

Shester estimates that for every five swordfish caught, one marine mammal dies in a gillnet because it either suffocates or succumbs to wounds inflicted by the net. 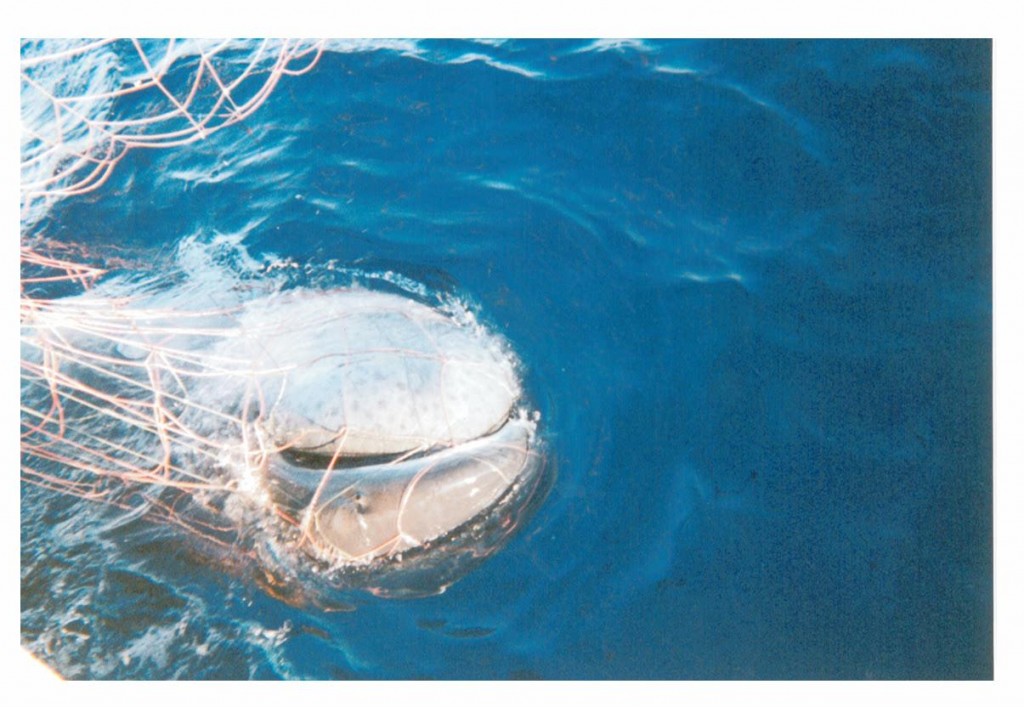 While the practice of using drift gill-nets was outlawed in California State Waters for most types of fishing more than two decades ago, sword fishing was exempt, only facing some restrictions. Now Oceana is supporting a new legislation in California to ban the use of gillnets for sword fishing as well. 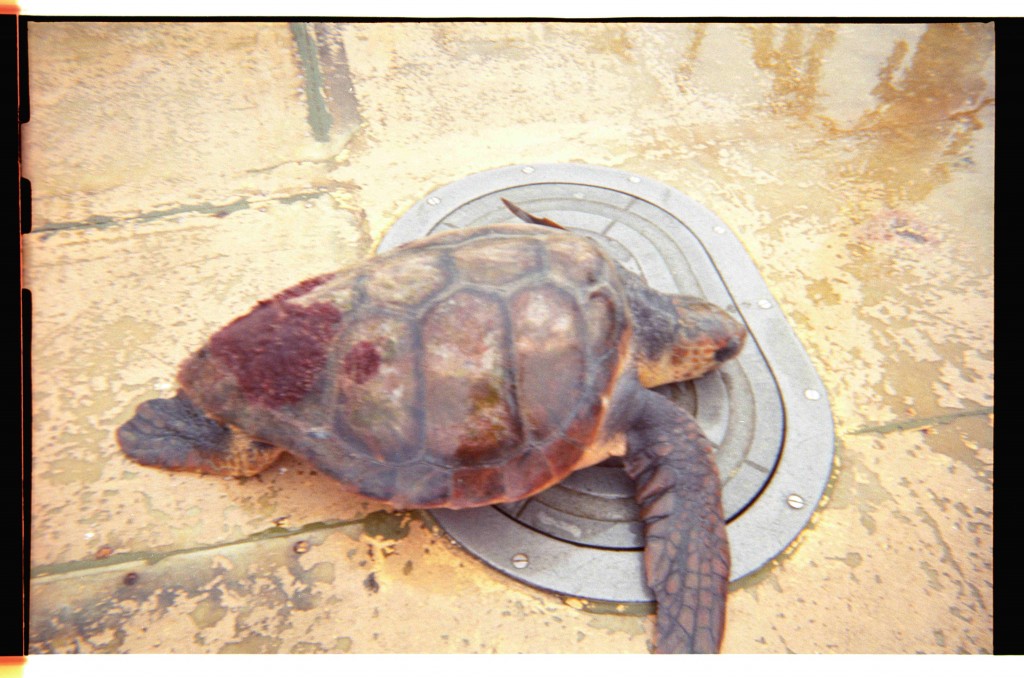 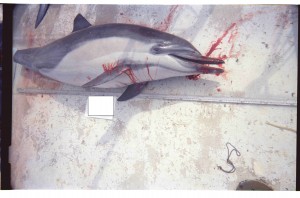 But commercial sword fishermen in California argue that the industry is already highly regulated, compelling fishermen to lower their drift gillnets lower into the water so that air breathing marine mammals like dolphins and seals don’t get trapped.

“Most of the fishermen would probably go out of business,” Fosmark said. But to her relief, and the disappointment of conservationists, the proposed bill to ban gill-nets failed to make it past the Water, Parks and Wildlife Assembly Committee by just one vote.

PBS NewsHour Weekend will air a full report on Saturday:

Left: Seals, dolphins, whales, and other sea life that were caught in California commercial fishing boats that use drift gillnets. Photos by National Oceanic and Atmospheric Administration